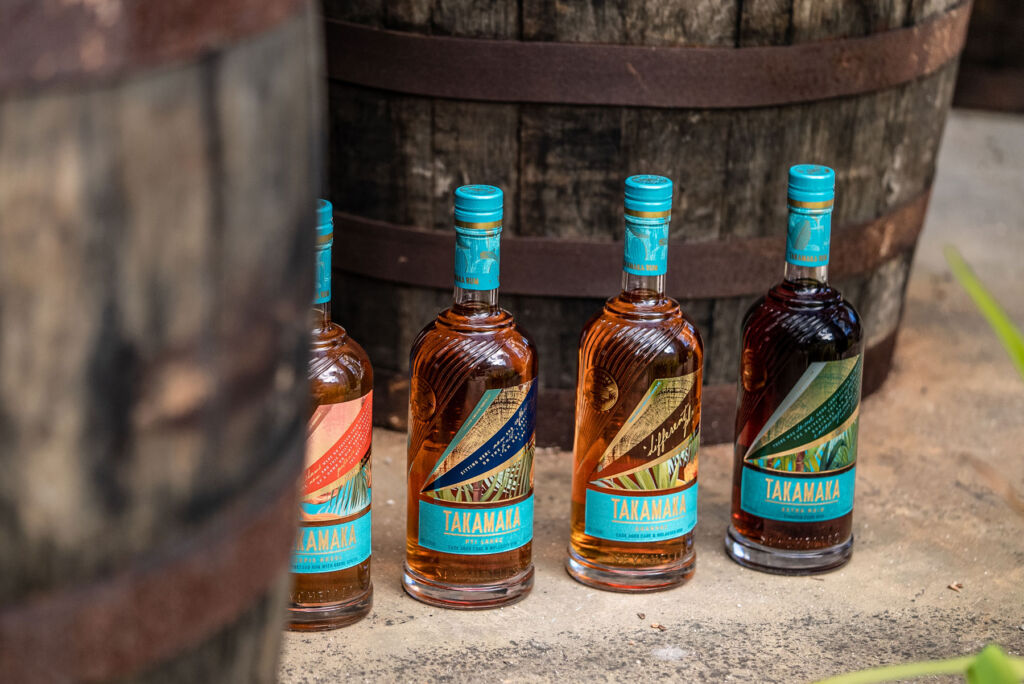 Seychellois rum holds a special place in the spirits world, partly due to the efforts of brothers Richard and Bernard d’Offay and their rum brand Takamaka. Following the success of their Seychelles and Le Clos series, the brothers have launched a brand new collection, an ode to their historical base, called the St André Series.

The Takama story
Around twenty years ago, two brothers, Richard and Bernard d’Offay decided to launch a rum brand in the Seychelles, calling it Takamaka and basing it at a heritage site named La Plaine St André. Today it is the leading rum brand on the island nation. 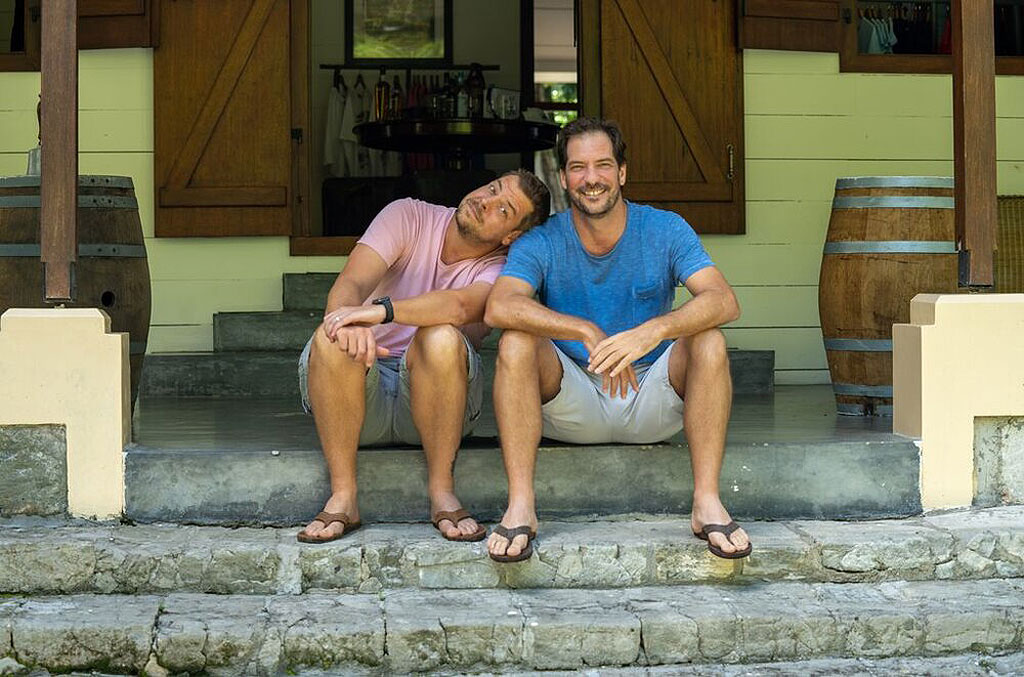 How the brand got to where it is today is quite interesting. Twenty or so years ago, the brothers, whose family have been on the east coast of Mahe for centuries, decided they wanted to start making rum.

The two had no blueprint to work from, so they used whatever means they had available. Making the task even more challenging was there was little or no sugar cane grown in Seychelles. They were able to change this by convincing local farmers to plant sugar cane in forgotten parts of the island to boost their incomes. It was an ideal relationship as the cane thrives in hard-to-reach hilly areas, meaning that it was no encroachment on the existing farming methods. 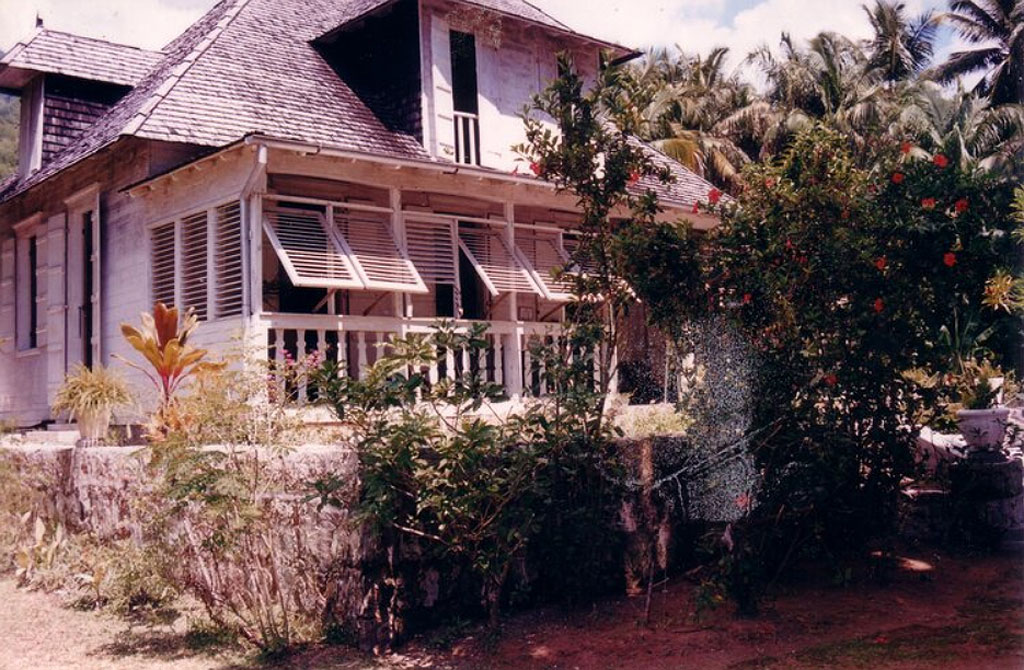 After a few years and with their business expanding, they decided they needed a larger base. The ideal location was La Plaine St André; however, it’s never as simple as choosing a place, and away you go.

La Plaine St André is part of the region’s rich history and dates back to 1792 when it was a plantation estate surrounded by exotic flora. Since then, the estate has been used for various purposes, including a National Monument, a coconut mill and an Eco Museum. It took four years of campaigning by the brothers and Trois Frères Distillery before permission was granted to use the site. 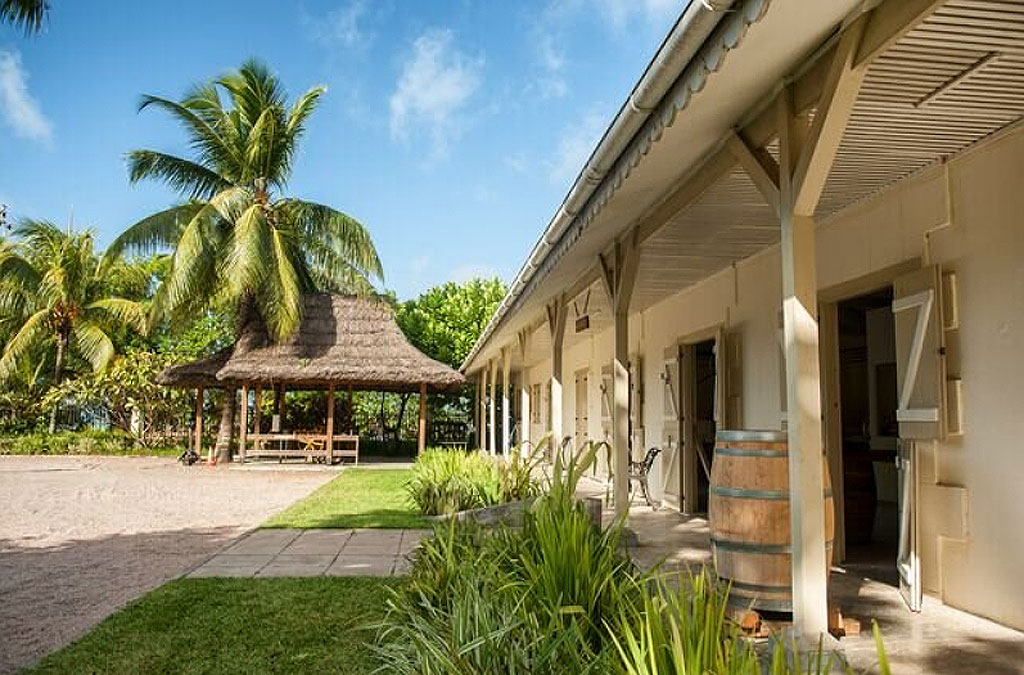 Today, thanks to Richard, Bernard and their team, the estate is not only home to the distiller but also contains a medicinal garden, guided tours, a rum shack and food truck, a museum, historical ruins and even two giant Aldabra tortoises named Taka and Maka.

The rums
The Takamaka team uses several different techniques to make its unique rum, including pressing rums, combining pot and column distilled rums, using a mix of cane and molasses rums and blending with world-class Bajan rums. Takamaka’s mission is to push rum-making boundaries while celebrating the island’s Creole traditions and heritage.

Its new St André series comprises four premium rums: Extra Noir, Zepis Kerol, PTI Lakaz and Grankaz. All of which can be enjoyed in a highball or served over ice. 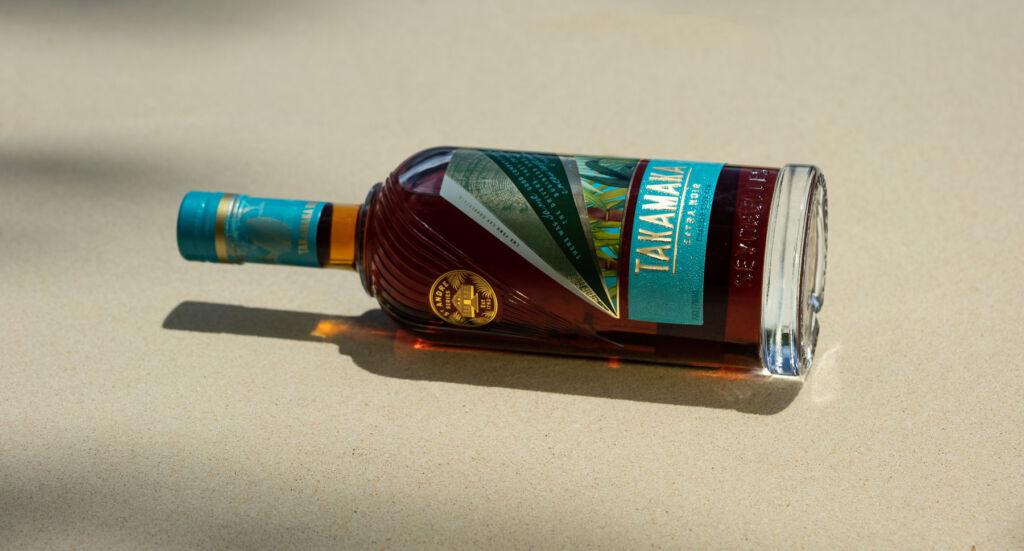 Extra Noir is a blend of pot and column distilled molasses rum, soaked with ex-bourbon American oak wood and pressed with both French and ex-bourbon cask wood. After the rum has been filtered and rested in second fill ex-cane French oak casks for 60 days, it again goes through a further filter before being bottled.

The result is a full-bodied, punchy rum that retains some high ester funk and spicy elements from the French oak, with notes of vanilla and sweet undertones from the ex-bourbon wood. With no sugar added, at 43% ABV, this is ideal for a long and serious highball. 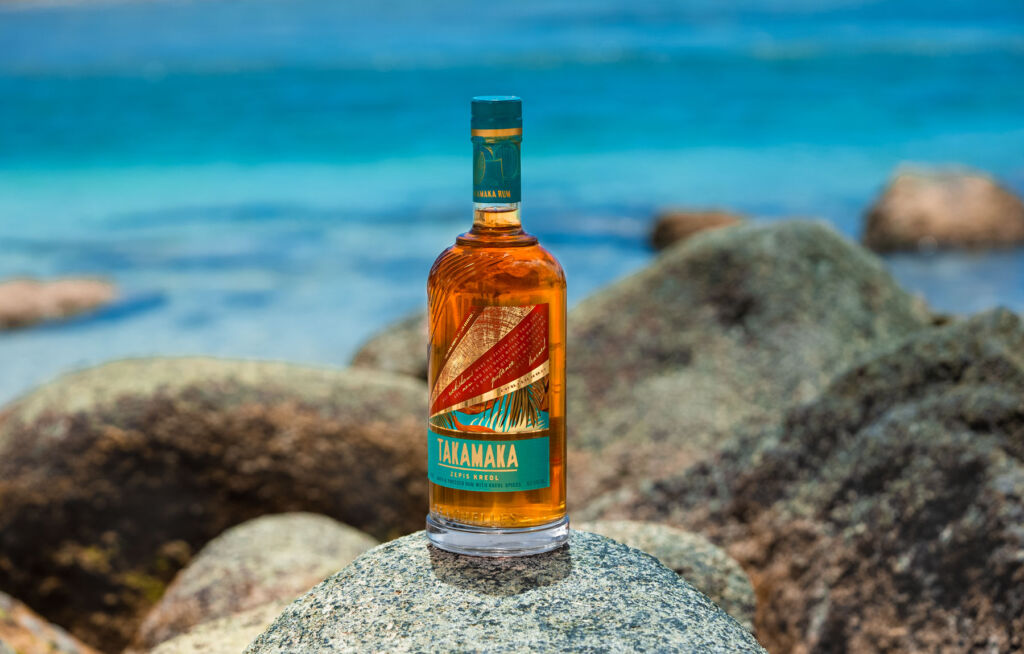 Zepis Kreol draws its character both from oak and local Seychelles spices. The rum is a blend of pot and column distilled molasses rum pre-soaked with ex-merlot French oak wood fines. Following this, it goes through a maceration process using locally grown natural spices before being pressed. From here, it is blended with an eight-year-old Bajan Foursquare rum and then given a final resting for 60 days in very old ex-bourbon casks, after which it is filtered a final time before bottling.

Zepis Kreol has a deep flavour with a rich, okay character, which is complemented by local cinnamon, nutmeg, cloves and quatre épices, and a hint of island sweetness. No colouring is added, and this 43% ABV rum can be served long or short but is perfect over ice. 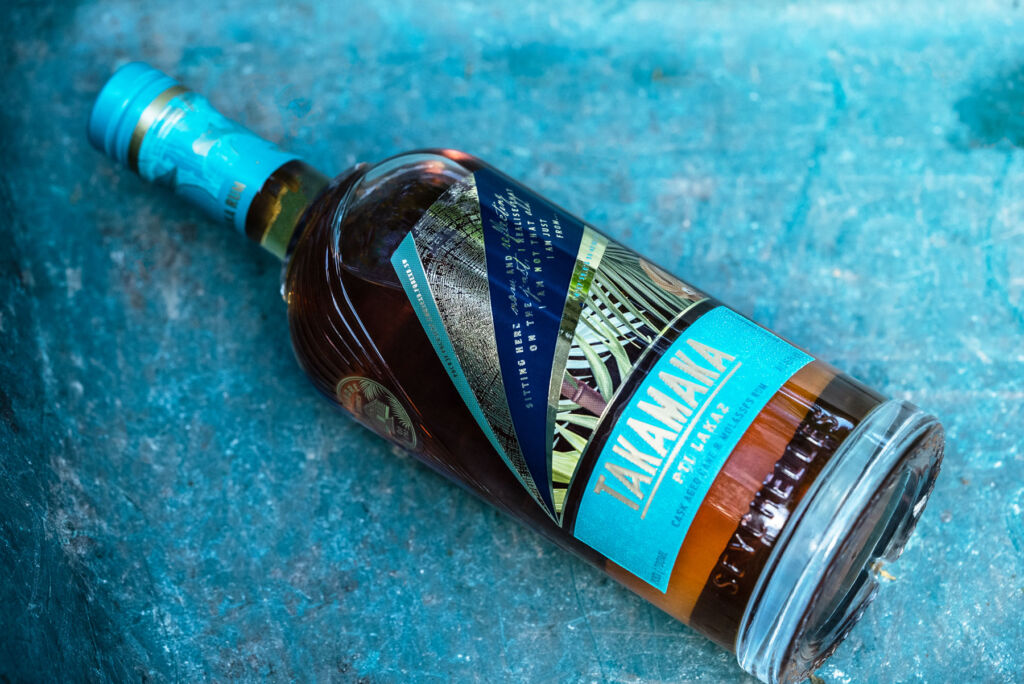 Pti Lakaz is an honest testament to what can be achieved when cask ageing rum on the tropical island of Mahe’. It is a traditional pot distilled cane rum from three different barrels, including two ex-Radoux casks and one ex-port cask. It is blended with pot and column distilled molasses rum that was rested for three years in ex-bourbon casks, as well as an eight-year-old Bajan Foursquare molasses rum. It is bottled at 45.1% ABV with no colour or sugar added and is non-chill filtered.

The rum is full of rich, fruity notes of star anise and dried cocoa beans, with a complex finish full of dry spice. 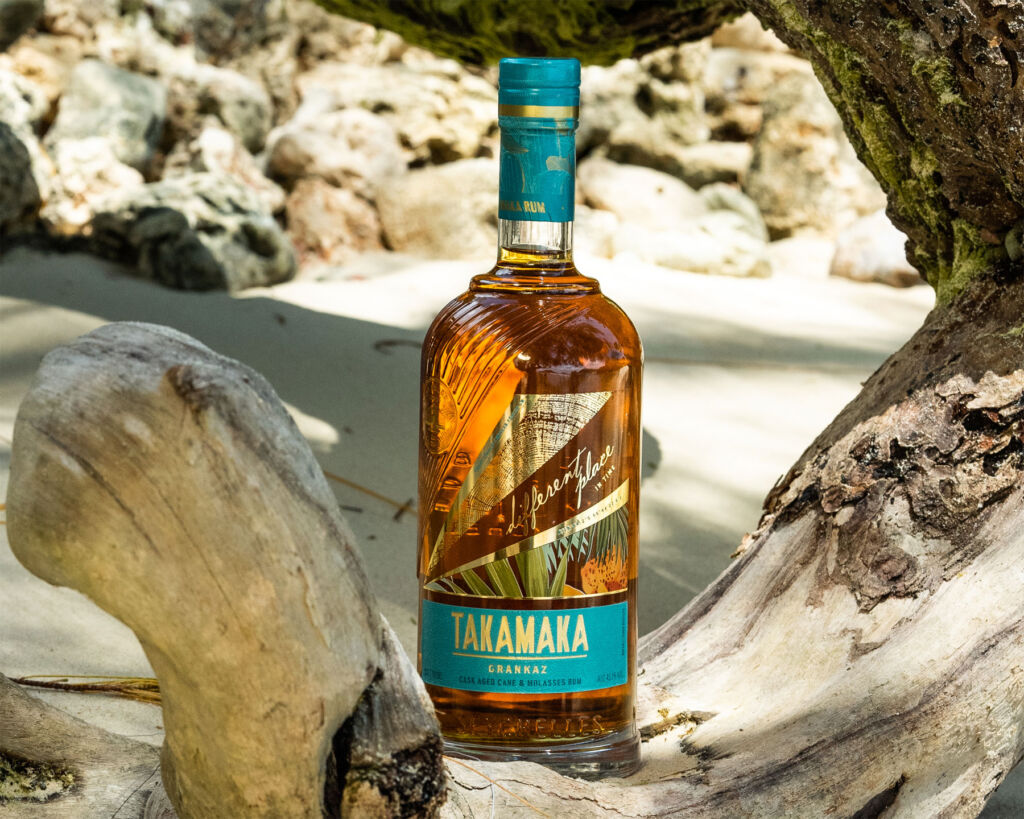 Grankaz epitomises Seychellois rum and is a testament to Takamaka’s tried and tested ageing and blending craft. It is a traditional pot distilled rum that is aged in medium toast new French oak and blended with three-year-old ex-bourbon molasses rum and an eight-year-old Bajan Foursquare molasses rum. It is a 45.1% ABV rum with no sugar or colouring and is very lightly filtered.

Herbaceous and slightly floral on the nose, there are gentle hints of vanilla, followed by silky and smooth stewed fruits and flavours of butterscotch. The layers of complexity give way to a long finish with toasted oak notes.

For more information on the Takamaka St André Series and for details on where you can purchase, please visit the rum brands website www.takamakarum.com.