Located in the heart of the Ukraine capital’s historic Podil district, Fairmont Grand Hotel Kyiv joins a growing portfolio of Fairmont hotels in Europe, including the soon-to-open Fairmont Baku, Azerbaijan. 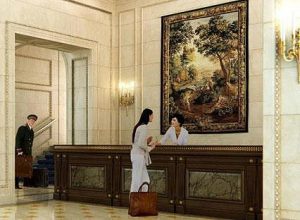 The classically designed Fairmont Grand Hotel Kyiv features 258 elegant guestrooms, including 54 suites as well as Royal and Presidential suites, offering spectacular views of Podil Square and the Dnipro River. In addition, the hotel features Fairmont Gold, the brand’s exclusive hotel within a hotel, which offers the highest levels of service and additional privileges and amenities such as a private reception desk and a comfortable guest lounge. The hotel also offers a fully equipped business centre with 24-hour access as well as secretarial services.

The property will welcome guests at a particularly exciting time, as the city prepares to host numerous high profile international events and continues to establish a reputation as one of Eastern Europe’s prime tourist destinations. Kyiv will be centre stage during the 2012 UEFA European Football Championship, which runs from June 8 to July 1, drawing football enthusiasts from across the continent. The final match will take place in the city’s Olympic Stadium, guaranteeing all eyes will be on Kyiv. Also attracting attention this spring will be the inaugural Kyiv Biennale, ARSENALE 2012, an international gathering highlighting contemporary art. Under the direction of seasoned curator David Elliott, over 80 artists from 40 countries will showcase their works at the exhibition, running from May 24 to July 30. 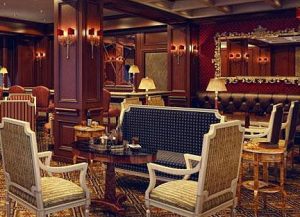 Fairmont Grand Hotel Kyiv promises to be a top spot for dining and nightlife, drawing the city’s trendsetters to the Grand Cru Champagne Bar, where guests can sample an impressive selection of champagnes by the glass or bottle, while taking in the elegant lobby and views of the Dnipro River, and the Vintage Cocktail Bar, which offers classic cocktails, cigars and world-class shisha. Dining options also include The Strand Grill, a contemporary all-day restaurant featuring dry-aged beef and fresh seafood, and the spacious, art nouveau-influenced Atrium Lounge and Pâtisserie, which operates 24 hours a day and offers an international selection of beverages and afternoon tea.  For special events, the hotel offers 1,210 m² (13,000 square feet) of meeting and function space, including a 480-m² (5,160-square-foot) ballroom and eight private meeting rooms.

The hotel is close to many of the city’s numerous landmarks, with easy access to the international airport and central business district. Kyiv is renowned for its arts and culture, including architectural landmarks such as the city’s Golden Gate, Kyiv Pecherska Lavra (an ensemble of churches and cave monastery first built in 1051), and St. Sophia Cathedral, all easily accessible from  Fairmont Grand Hotel Kyiv.