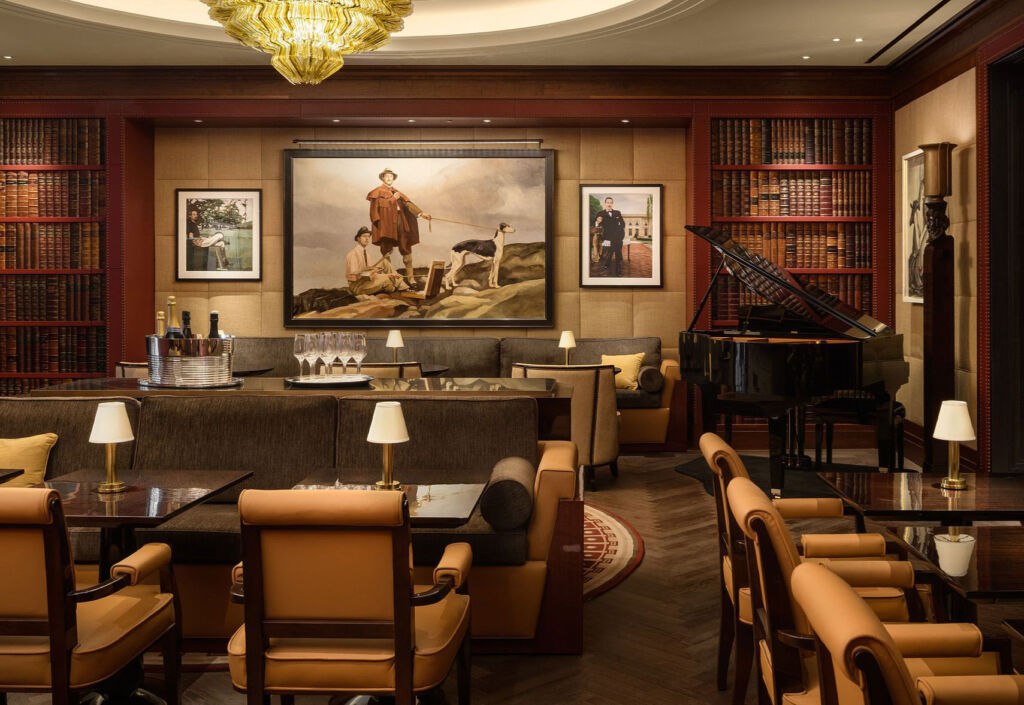 The Beaumont Hotel in London’s Mayfair has re-opened its doors, revealing a gentle evolution in several public and guest spaces, the first phase in a programme of works that will culminate in a significant guestroom and public area extension to the property, due for completion in early 2023.

The Beaumont Hotel is a lovely property in the heart of Mayfair and the West End that overlooks a quiet garden square. It is a hotel that embodies the style and grandeur of the 1920s and is not an extravagant monstrosity with just 22 suites and 50 rooms. The hotel, which opened in 2014, has been the subject of a significant refurbishment program utilising the skills of ReardonSmith, the original architect’s of the hotel, and New York-based designer Thierry Despont. In this article, we’re taking a closer look at some of the improvements.

The lobby, which spans the entire front façade of the hotel, has been sensitively enhanced and given new purpose, leading in one direction to the new Magritte Bar and in the opposite direction, the concierge and reception desks.

A panelled timber portal has been installed to frame the lift lobby and a grand hall which will eventually offer seamless entry into the new extension. Existing internal finishes have been revived throughout the lobby, including the distinctive chequerboard marble floor and cherrywood panelling, while new fabrics soften the area.

As befits a hotel loved for its transatlantic Art Deco legacy, the brand-new Le Magritte Bar is inspired by the American bars that took 1920s London and Paris by storm. The architects repurposed and extended what had been a guest-only lounge into the 30-seater public bar, framing a fully glazed entrance with imposing backlit alabaster columns.

Inside, the space has been clad in European fiddleback cherrywood, and a leather-topped ebony bar takes pride of place behind which hangs the Magritte artwork that gives the bar its name. A glazed door has been introduced to allow staff to service the new outdoor terrace to the side of this.

At the heart of the ground floor, the former bar has undergone a complete transformation to create Gatsby’s Room. Extended, reproportioned and redesigned, it is an entirely new offering from The Beaumont – an intimate lounge for light dining through the day, afternoon teas to the sound of a grand piano, evening aperitifs and post-dinner drinks. The Colony Grill (shown below) has kept its clubby Twenties New York atmosphere. 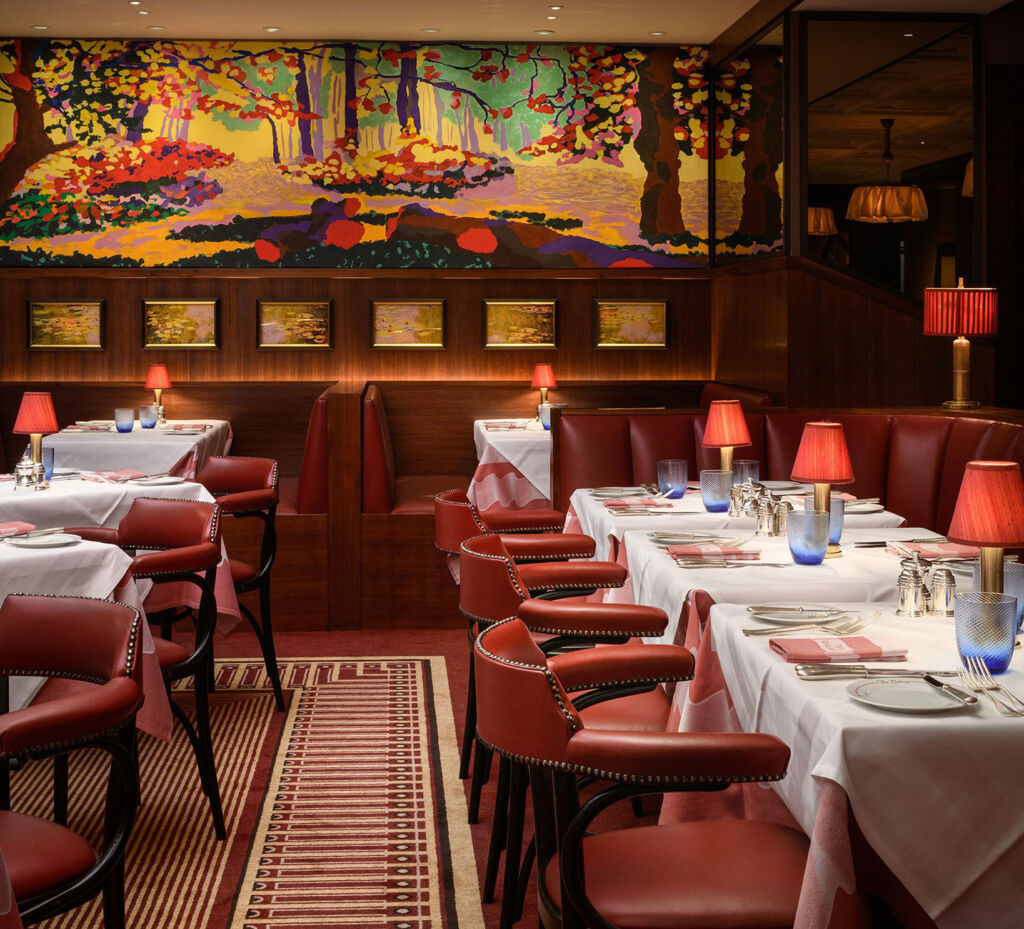 More new improvements to The Beaumont is the addition is a sommelier station, with some of the finishes being replaced or revived, and new murals and artworks added.

In addition to this, the hotel’s spa now benefits from an enlarged gym accommodating state-of-the-art fitness equipment as well as a fourth treatment room and a relocated and redesigned male changing room, while, on the first floor, two guestrooms have been converted into a Mayfair Suite and a third room upgraded to a Superior Room which may be linked to the suite.

James Twomey, Director of ReardonSmith Architects, led the project. “The reconfiguration and redesign work to date is an exciting first phase in the plan that we have agreed with our client, Beaumont Hotel Property Ltd, to ”revive the legend” of The Beaumont hotel. It is a sensitive continuum of the hotel’s spirit, and all changes, both front and back-of-house, have been made to support the staff in a hotel recognised for its outstanding service.”

Although relatively young, having only opened in 2014, this independent and privately owned luxury five-star hotel has garnered a fine reputation based upon its beautiful accommodation and the friendliness of its staff. Over recent years The Beaumont has picked up numerous prestigious awards, and the new and ongoing improvements to the hotel should ensure it’ll receive many more.

You can find more information The Beaumont via its website www.thebeaumont.com.