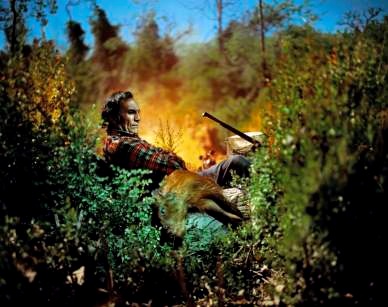 The Sony World Photography Awards is free to enter and open to photographers of every ability, whose work will be judged by an esteemed panel including such international experts as curator & writer Susan Bright (2012 Chair of Judges) and Jon Jones, Director of Photography for the Sunday Times Magazine. The winner of the L’Iris d’Or/ Sony World Photography Awards Photographer of the Year Award will receive $25,000 (USD) and the overall Open Competition winner, $5,000. All category winners will also be presented with Sony’s latest digital imaging products. All shortlisted and winning images will be exhibited at a major exhibition at London’s Somerset House, to coincide with the award ceremony in April 2012. Furthermore, all winners will receive the invaluable support of the World Photography Organisation with their work featuring across the WPO website, in international exhibitions and inside the annual Sony World Photography Awards book, offering unparalleled exposure.

The competition has made a significant impact on the careers of many photographers around the world. 2011 L’Iris d’Or/ Sony World Photography Awards Professional Photographer of the Year, Alejandro Chaskielberg from Argentina, said: ‘The Sony World Photography Awards has had an important effect on my career, and since winning the award my work has been published worldwide. I was honoured to receive L’Iris d’Or this year and I would strongly encourage photographers everywhere -whatever their ability – to enter the competition.’

Astrid Merget, Creative Director of the World Photographer Organisation added: ‘Over the years, we have had the pleasure of watching winning photographers at various stages of their careers move forward with incredible success.  This award can truly be a spring board for photographers who claim the recognition and capitalise on all the benefits and support it comes with.’