The lacoste 2012 spring collection is the first in the brands history to put the focus on women. The result is a collection that is casual and feminine, yet keeping the brand’s sporting heritage in mind. 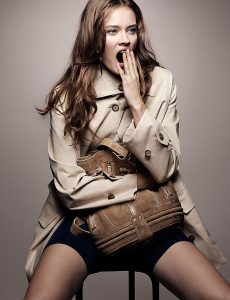 Last year, Lacoste and its agency BETC Luxe developed the Unconvential Chic communication concept that took its legacy from René Lacoste himself. The new 360° campaign is an adaptation of the Unconvential Chic and this time the Lacoste woman is the focus. The Lacoste woman is the essence of a modern, independent woman. Inspired by icons such as Lauren Hutton, Greta Garbo and Diane Keaton, she is elegant, authentic and effortlessly chic. Felipe Oliveira Baptista was appointed creative director for Lacoste in 2010. With this first collection for the brand ( Spring summer 2012 ) he wanted to develop a new territory for Lacoste.

For the creation of the print campaign, Lacoste and BETC Luxe turned to the British top fashion photographer Craig McDean. McDean discovered his flair for photography by taking photos of his rocker friends in the North of England. Today he is based in New York and works with major fashion houses. 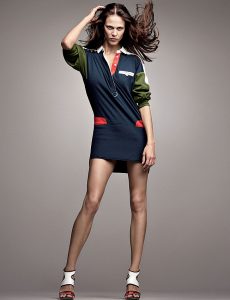 His editorial campaigns are regularly featured in a range of international fashion magazines, such as Vogue, Another Magazine and W. The result is a series of powerful portraits of women. Three famous models, Aymeline Valade, Jac Jagaciak and Joan Smalls. Avant-garde for fashion photography they express the Lacoste spirit and reflect the identity of the Lacoste woman.

Two films will be released on the web, showing the style and attitude of the Lacoste woman in her own environment. BETC Luxe has also created a website: lacoste.com/UCwoman and a banner campaign to promote this new, global women’s wear collection. The campaign will launch worldwide in February 2012. Following this campaign, Lacoste and BETC Luxe, will promote the men’s collection. A print campaign will be launched later this spring, with the stylish and talented actor Adrien Brody representing the Unconventional Chic Lacoste Man.