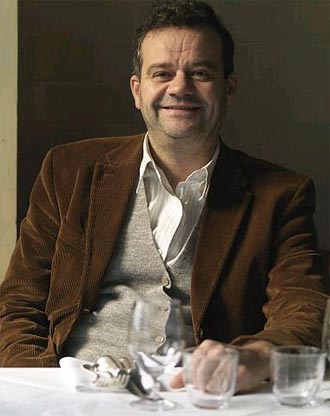 A Mark Hix Carving Masterclasses at Browns Hotel, London – A perfect gift for those that are hard to buy for

Celebrated chef and food writer Mark Hix is known for his original take on British gastronomy, after 17 years working in the industry, he opened his first restaurant in 2008 – the distinguished Hix Oyster & Chop House in Smithfield, and has since opened a further four establishments including Hix Oyster & Fish House in Lyme Regis and the award-winning Mark’s bar, all to great critical acclaim. From November 2011, Mark Hix will launch a series of exclusive carving masterclasses at Rocco Forte’s Brown’s Hotel – the Mark Hix Carving Masterclasses will celebrate this quintessentially British skill that has sadly disappeared from many Sunday lunch tables. Renowned for his passion for local produce, Hix will share his wealth of experience with guests, teaching them the forgotten art of carving in an intimate class setting.

Mark Hix comments, “The idea of these classes is to get people excited about carving, something that used to be an integral part of the traditional Sunday roast and a skill proudly passed down from father to son. I want people to leave the classes feeling confident about cooking and carving a fantastic roast meal which needn’t be complicated and time consuming, yet will taste fantastic, better than anything pre-prepared in the supermarket.  Carving provides a little bit of theatre at the beginning of the meal and is great for involving the whole family in a great British tradition. Also, it’s great fun being able to show off your new knife skills to friends at a dinner party.”

The two-hour interactive Mark Hix Carving Masterclasses begins with a brief overview of the various cuts of meat and the preparation process, with advice on cutting raw meat and cooking techniques including different glazes and stuffing’s.  Under the careful guidance of Hix, guests will all try their hand at carving a leg of lamb, a saddle of pork and a joint of beef.  Throughout the class Hix will share anecdotes and tips from his illustrious 27-year career, as well as answering questions. In between the carving of each roast meat, guests will be served the carved meat with a selection of vegetables, potatoes and a glass of wine, giving them further opportunity for an informal discussion with Hix.

The Mark Hix Carving Masterclasses cost £150 per person and include:

• The two-hour masterclass
• A feast dinner including all carved meats served with potatoes and vegetables, a bottle of wine per person, desserts and a cheese course
• A Brown’s Hotel apron
• A signed Mark Hix cookery book

The Mark Hix Carving Masterclasses will take place at Rocco Forte’s Brown’s Hotel on the following dates: 17th November, 23rd November, 7th December, 15th December, 11th January, 25th January, 9th February and 15th March. There will be a maximum of ten guests at each masterclass.  Classes will be held from 6pm – 8pm (apart from on 7th December which will be from 12noon – 2pm).

As men are notoriously difficult to buy presents for, why not treat a friend or loved one to a Carving Masterclass for Christmas or for a birthday present. Mark Hix Carving Masterclass gift certificates are available from Brown’s Hotel.  *The classes are also available for private events, ideal for celebrating a special birthday or anniversary.

A Guide to The Palm Beaches in Florida’s Luxurious Side