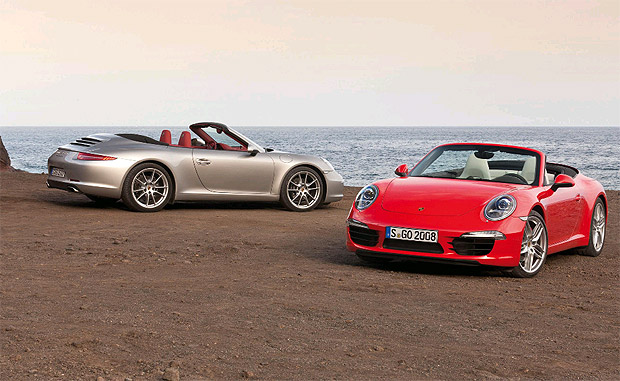 Porsche AG, Stuttgart, is getting 2012 underway with a world premiere: The sports car manufacturer is unveiling the new Porsche 911 Cabrio for the first time at the North American International Auto Show in Detroit (9 – 22 January).

As one of the world’s largest auto shows, the Detroit Motor Show traditionally ushers in the new automotive year. The show in the automotive capital is regarded as an important international marketplace and forum for trends and opinions that is of particular significance for the North American market.

“The USA is and remains an important market for Porsche with good growth prospects,” said Bernhard Maier, Porsche AG Board of Management Member for Sales and Marketing. “Detroit was deliberately chosen for the world premiere of the new 911 Cabrio because the USA is far and away our largest 911 Cabrio market.” The Coupé variant of the sports car classic will be available in the USA starting in February 2012 with the new Porsche 911 Cabrio following a few months later, providing a fresh impetus.

To achieve this, the sports car manufacturer is fielding numerous new models in the United States: the premiere of the new 911 will be followed by the 430 hp Panamera GTS in spring. This will subsequently be followed by the Cayenne Diesel as Porsche’s first compression-ignition car in the USA. The compact Cajun off-road vehicle will also be celebrating its debut in 2013.

“By building a new headquarters in Atlanta in the US State of Georgia we are underlining our growth ambitions in the region,” said Bernhard Maier.

The complex, adjacent to the new terminal of Atlanta’s international airport, will comprise not just modern, energy-efficient offices for approximately 400 employees but also the technical service department as well as a training centre and circuit where customers can test the Porsche vehicles’ outstanding driving characteristics. The new US headquarters, which will for the first time centralise all administrative, training and sales functions and financial services, is scheduled for completion in the second half of 2013. Porsche Cars North America has been based in Atlanta for the past 13 years. Porsche also plans to build an additional customer test facility in Carson in California, between the airports of Los Angeles and Long Beach. Porsche is investing more than 100 million US dollars in the Atlanta head office and test facility in Carson.