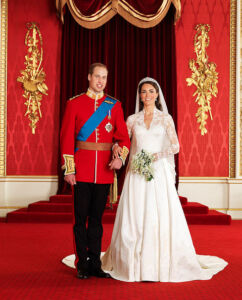 Not since 1981 when HRH Prince Charles married Lady Diana Spencer has something on this scale and grandeur been witnessed, the most eligible man on the planet married his beautiful sweetheart of the past ten years, and whether they wanted to or not, it was shared with the world.

Without doubt Britain does this type of occasion better than any other country, obvious parallels are drawn between the fairy-tales we all read as children when the Prince finds and meets his true love before marrying her, and in my eyes this wedding perfectly mirrored that with ‘Gusto’.

During the build up, I heard stories of protesters that were planning to disrupt the day and there was still the ongoing risk of some kind of attack which made watching the wedding both a a visual treat coupled with anxious scanning of the crowd on the TV and personal hopes that no one will try to ruin this wonderful and rare day, thankfully and a great testament to the UK security forces the whole thing passed and noticeable hitches.

When Princes William and Harry arrived at Westminster Abbey they looked regal, William wearing the Tunic of the Irish Guards and Harry in the Blues and Royals Officers uniform. Aside from a couple of noticeable odd choices of outfits the remaining (on this day) supporting cast of Royals were beautifully manicured and dressed befitting this occasion. I must also give praise to the Middleton Family for their classy, traditional and understated elegant choice of outfits for this day, including Pippa Middleton in the Sarah Burton Maid of Honour Dress that was both classy and traditional, and contrary to the media hype didn’t come close to overshadowing her sisters dress or stealing her thunder. When Kate arrived at the Abbey, an exited the Rolls Royce Phantom VI, she looked every bit the fairy-tale Princess we all wanted her to be, the dress by Sarah Burton of Alexander McQueen was just perfect, not too long, classic and befitting of this occassion. The wedding ceremony went without any hitches, beautiful music and singing, the speeches were all delivered in crisp clear classic English, a special mention should also be made about James Middleton, Kates 23 year old younger brother who stood up and read Romans 12: 1-2, 9-18 in front of an estimated audience of 2 Billion people worldwide without a stumble or stammer. 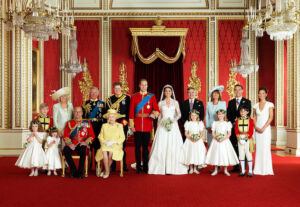 After the vows were exchanged and the couple officially married they exited the Abbey as the Duke and Duchess of Cambridge to the cheers of the hundreds of thousands of people that had patiently waited for their opportunity to share this joyous occasion with the newly married couple. Sitting in the 1902 State Landau carriage on their way back to Buckingham Palace, the couple looked every bit a two people truly in love and it was nice to see them acknowledging the crowd with normal waves, the type that you and I do and not the ‘spin dryer’ Royal Waving that the older Royals tend to offer up.

Once all the family members for both side and the visiting dignatries and Royals had their official photographs taken, the ‘other’ moment that the huge crown had been waiting for happened. The newly married couple came out onto the Balcony of Buckingham Palace and with their families at their side and the jets and historic World War II aircraft flying overhead gave the crowd not one, but two kisses.

The huge crowds were treated to one last moment when the newly married couple departed from the Palace to nearby Clarence House in Prince Charles vintage Aston Martin DB6 Volante convertible, decked out in balloons and ribbons with the number plate JU5T WED to start the partying and celebratory part of the wedding, the first day of a wonderful new life and man and wife.