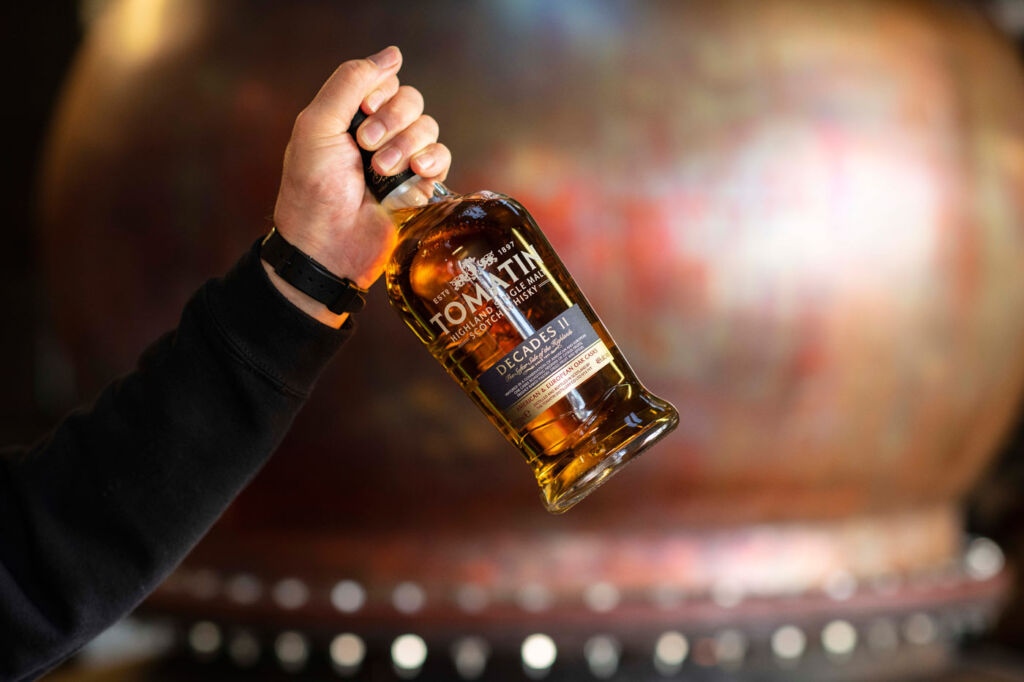 We take a look at Tomatin’s new Decades II single malt which celebrates 50 years of excellence at their Scottish distillery.

Today, Tomatin is one of the UK’s fastest-growing whisky brands and ranks within the top 10 single malt brands in the USA.

With time spent maturing in a mix of traditional Scotch whisky, ex-Bourbon, ex-Sherry and re-charred French oak casks from the last 50 years, Decades II is a rich and complex expression. Initial bursts of fruits give way to hints of sweet pastry and wood shavings, and aromas of both cooked fruits and floral coconut tones. The remarkable expression has notes of Christmas cake, maple syrup and fresh red berries, leading to tropical fruits, ahead of a long waxy, tropical finish.

As with the original Decades expression, released in 2011 to mark the lifetime commitment of the previous Distillery Manager, Douglas Campbell, Decades II combines some of the best whisky from Tomatin’s history, with each decade contributing a new flavour sensation:

The 1970s – Refill bourbon hogsheads: distilled on 23/02/1973, 10/07/1975 and 23/09/1977.
Decades II’s robust flavour began by maturing in refill hogshead barrels. The malt has taken on very little oak influence, which has allowed the air and liquid in the casks to interact and develop a wide array of tropical fruit flavours.

The 1980s – Finished in first-fill oloroso sherry butts: distilled on 02/12/1988.
This 80s malt is sweet, fresh and has been finished for over three years in first-fill Oloroso Sherry Butts, resulting in a whisky reminiscent of aged Cognac. It complements the fruity notes of the previous casks by contributing tones of aged leather, polished oak and dark roast coffee to the finished expression.

The 1990s – First fill bourbon barrels: distilled on 04/10/1995.
Although well into its twenties, the characteristics of golden syrup and freshly baked pastries help make this bold malt stand up to the older casks. The use of first-fill Bourbon Barrels adds subtle spices and a layer of overall warmth to the expression, as well as being the source of Decades II’s long, waxy finish.

Post-2000 – Tomatin began to experiment with a wider variety of casks. The malt used from the 2000s onwards has been matured in Verdejo wine casks that have been re-charred to harness the full influence of the French oak. This flavour journey compliments the addition of the 1990s bourbon cask, adding additional notes of spice as well as a sweetness to the malt.

The young Tomatin from this second fill cask imparts the fantastic distillery character to Decades II. Fresh green fruits and malty characteristics are at the fore with subtle spices and toffee in the background, resulting in a vivacious malt to balance the flavours of the older casks. 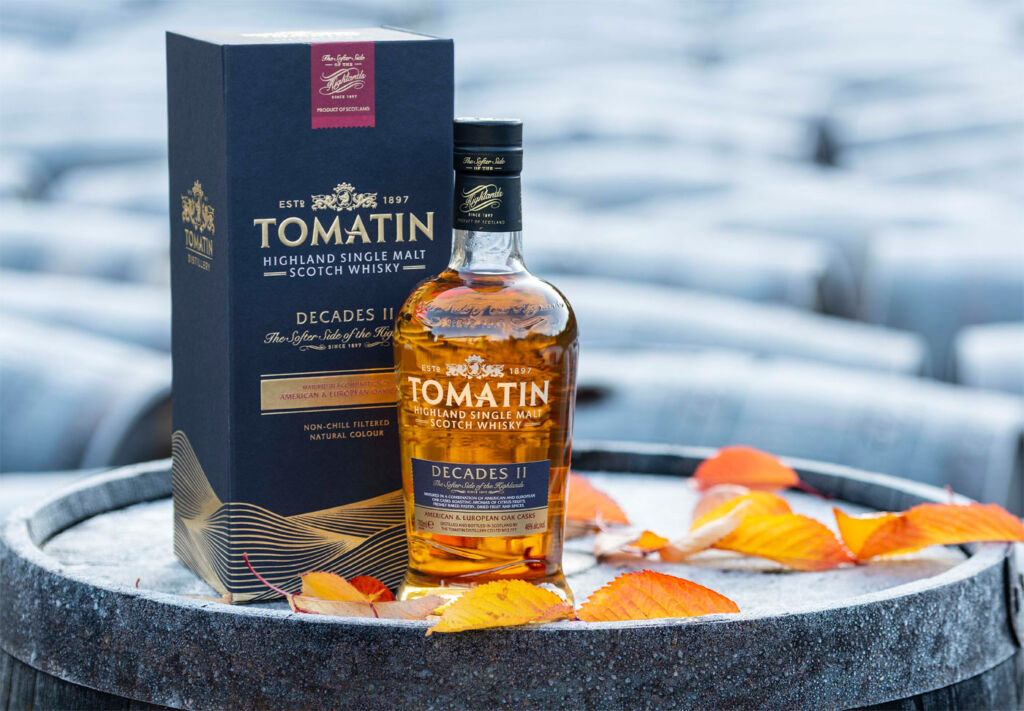 Tomatin Decades II – Where and How?