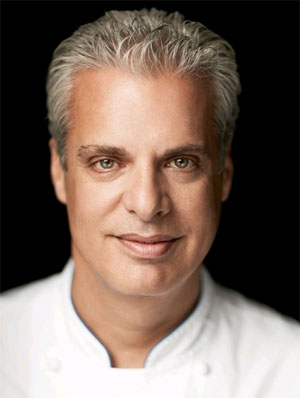 Chef Eric Ripert along with The Ritz-Carlton in Washington D.C. Le Bernardin Restaurant and Westend Bistro have partnered together to offer guests a truly distinctive East Coast culinary travel package.

Patrons of the weekend foodie package will be immersed in a true epicurean experience, beginning with a three-course lunch at New York City’s longest rated four-star restaurant, Le Bernardin. Recently renovated, Le Bernardin ranks 18 on the S. Pellegrino World’s 50 Best Restaurants list, and holds three stars from the Michelin Guide, a “29” food rating from the 2011 Zagat Guide, the highest of any restaurant in the city, and has upheld a four-star review from The New York Times for over two decades. Chef Eric Ripert will greet diners and guide them through a selection of wonderfully composed seafood dishes for their first, second and third courses. 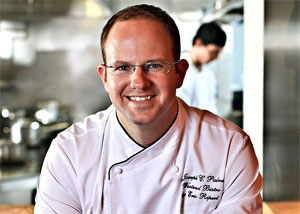 After lunch, gastronomes will be whisked away on the Acela Express train to the nation’s capitol where they will check in to the luxurious Ritz-Carlton in downtown Washington, D.C. with overnight accommodations on the hotel’s Club Level. Later that evening, the second culinary experience of the day will occur at Chef Eric Ripert’s D.C. restaurant, Westend Bistro, located in the lobby of the hotel. As a start to this journey, guests will savor a stimulating, behind-the-scenes dining experience with a three-course dinner at “The Pass,” the open window that separates the kitchen from the dining room, where they can place their orders a la carte directly with Chef de Cuisine Joe Palma. Diners will get to know Westend’s culinary team, witness the smooth orchestration of a demanding dinner service and watch Chef Palma’s delectable dishes come together right before their eyes.

The Weekend Foodie Experience Package with Chef Eric Ripert from New York to Washington, D.C. is priced starting from $1,025 per night and includes: