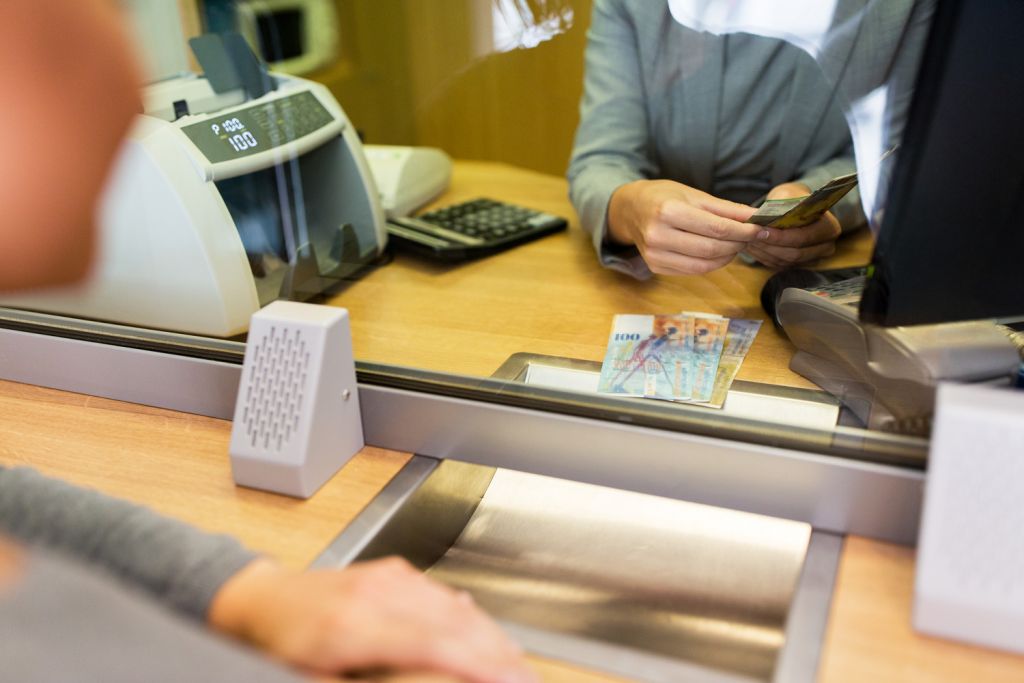 Banking customers who rely on an arranged overdraft may find their borrowing costs rising over the next month if it hasn’t already done so. Current account providers are starting to ban usage fees as part of an overhaul to make things fairer.

UK Current account providers are to ban usage fees in response to the Financial Conduct Authority’s (FCAs) overhaul. It is being introduced to make things fairer for borrowers, especially for the most vulnerable consumers. But, although this appears to be good news all around, there will be some borrowers who will welcome this with cheer and others who will find it less advantageous.

The latest research by Moneyfacts.co.uk has revealed that one brand has doubled the cost to borrow on its arranged facility, despite not previously charging a usage fee. The analysis shows that a large portion of providers will charge between 34.0% and 39.9% moving forward. The total costs may have fallen for some customers after the fee ban, but not for everyone based on our workings of £500 borrowed over 30 days*.

Consumers who borrow £500 over 30 days on their arranged overdraft could find their fees rise by £6.82 with a high street current account provider. Many accounts selected in our comparison will be more expensive on this basis.

At the same time, someone using an unarranged facility for 30 days and borrowed £500 could see their fees fall by over £60. Only one account in our selection will now cost more on this basis.

Borrowers could now find it cheaper to borrow using a credit card, where rates start at 9.9% APR.

Rachel Springall, a Finance Expert at Moneyfacts.co.uk, said: “Banking customers who dip into their arranged overdraft facility could well find they are paying double the amount in charges as a result of firms repricing their tariffs to meet the FCA’s fixed fee ban. The much-needed overhaul of the costs has been a double-edged sword for some, while Barclays, Halifax, Lloyds, Monzo, Santander and Virgin Money are among those providers that will charge less*.

“Meanwhile, Metro Bank had recently announced it would charge customers £6.40 more*, hiking its 15.0% rate to 34.0%, even though it did not charge usage fees before and was one of the most competitive tariffs on the market. Other challenger banks do not appear to be following suit though, in fact, Monzo will charge 19.0% instead of £0.50 per day and save customers £7.80*, Starling Bank will keep its 15.0% rate, and Virgin Money’s new tariff will save customers £3.34*.

“The banishment of the most extortionate fees among the biggest brands could result in an astonishing saving, Barclays Bank Account customers will save over £10 in charges* when using their arranged overdraft – but any savings will depend on the provider and current account someone holds. This then could spur consumers to switch as they will also now be able to compare overdraft tariffs much more easily now that usage fees are banned.

“As some of the most well-known brands are pricing their tariffs between 35.0% and 39.9%, there isn’t too much difference to choose between them for a cost-saving, so we could see an uplift in customers switching to challenger banks that are a cheaper alternative.

“Borrowers will need to think carefully about whether an overdraft will be the most cost-effective method to borrow, as a credit card could well be a cheaper alternative – in fact, some store cards now charge less. The lowest purchase rate on a standard credit card is 9.9% APR, at the moment store cards charge up to 29.9% APR and the average credit card rate on the market is currently 24.8% APR. Credit cards can be just as convenient as using a bank account to borrow, and they offer additional protection under Section 75 of the Consumer Credit Act.

“It will be interesting to see whether these new charges will be revisited in the coming months or if customers start to see other account perks slashed in light of the shake-up.” 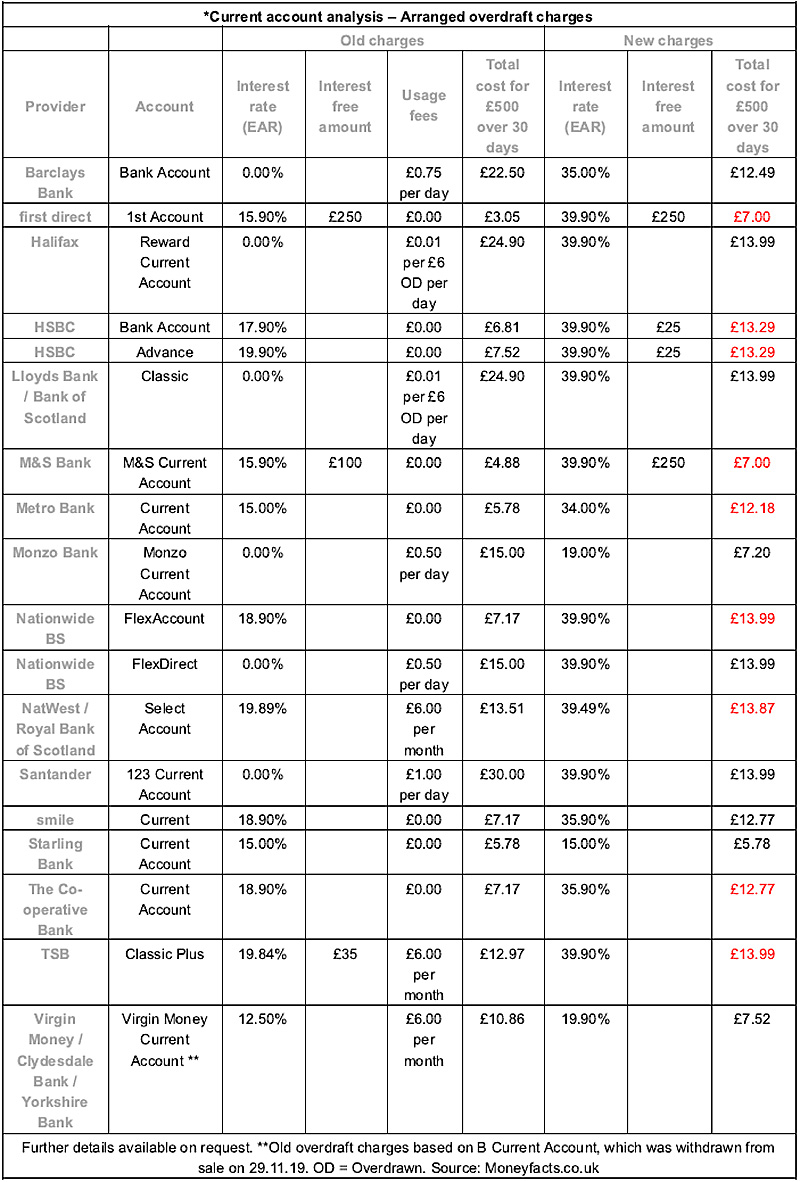 *Data note: Charge based on a customer borrowing £500 over 30 days in their arranged limit. Unarranged charges may differ, please refer to the alternative data table for more information. Brands and accounts shown in the supporting table are a selection and are not the entirety of the current account market. 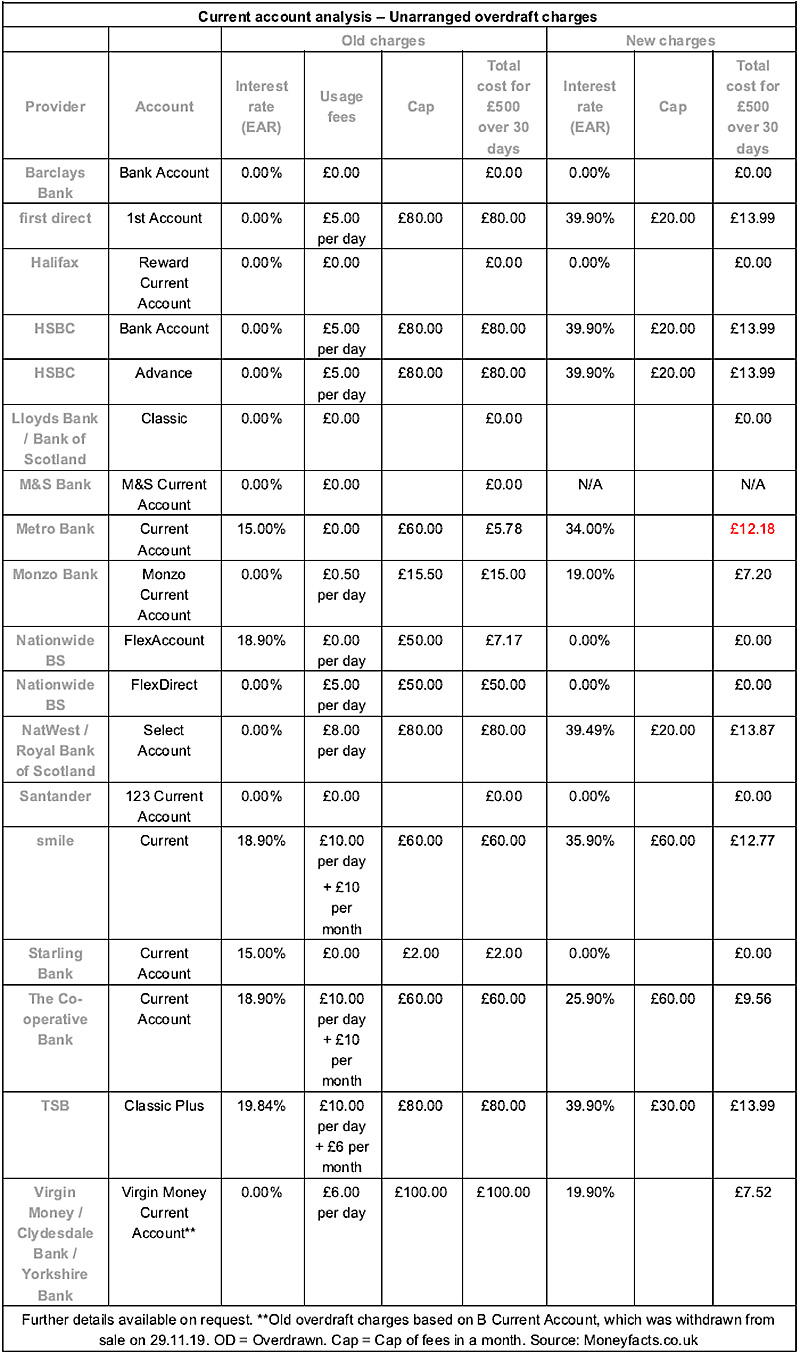