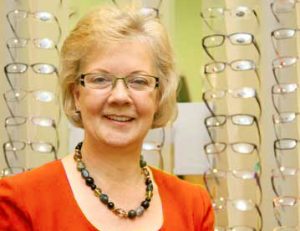 The 2011 edition of the  Sunday Times Rich List, has shown a big leap in the number of women on the Rich List.

For the first time women account for over ten percent of the richest 1000 people in the UK. In total there are 105 women in the Top 1000 list.

The UKs Richest Women 2011 on the Sunday Times Rich List are as follows:

1. Kirsty Bertarelli has a fortune estimated at 6.9 Billion GBP
Number one on the list of the uks richest women in 2011 is Kirsty Bertarelli. Mrs Bertarelli was born Kirsty Roper in 1971. She was a former winner of the Miss UK Beauty Contest and was also the songwriter for the ‘All Saints’ hit single Black Coffee. In 2000 she married Swiss-Italian billionaire and entrepreneur Ernesto Bertarelli who was the owner of biotech giant Serono. The Bertarelli’s have seen their fortune increase by £920 million in the past year, and according to the Sunday Times Rich list 2011, are jointly ranked fifth on the overall list.

2. Charlene de Carvalho has a fortune estimated at 5.4 Billion GBP
Second on the list of the uks richest women 2011 is Dutch born Charlene de Carvalho who has the controlling interest in the worlds third largest brewer Heineken International. Upon the death of her father Freddy Heineken in 2002, she inherited a fortune worth approximately three billion, which, by 2011 had grown to £5.4Bn, making her the richest woman in the Netherlands and the second richest woman in the UK.

3. Lady Green has a fortune estimated at 4.2 Billion GBP
Third on the list of the UKs Richest Women in 2011 is South African born Christina, Lady Green, 61, is the wife of Sir Philip Green, the retail tycoon. She sits third on the list, with a shared fortune of around £4.2 billion.4. Dame Mary Perkins has a fortune estimated 1.2 Billion GBP
Fourth place on the list of the UK’s Richest Women in 2011 is Dame Mary Lesley Perkins, DBE (born 14 February 1944) is the co-founder of the UK high street chain of opticians Specsavers. Dame Mary and her husband Doug started Specsavers in Geurnsey in 1984 and by 2007 it had become the third largest privately owned opticians in the world.

The total wealth of the 105 women on this years Sunday Times UKs Richest women 2011 is in excess of £45 Billion.