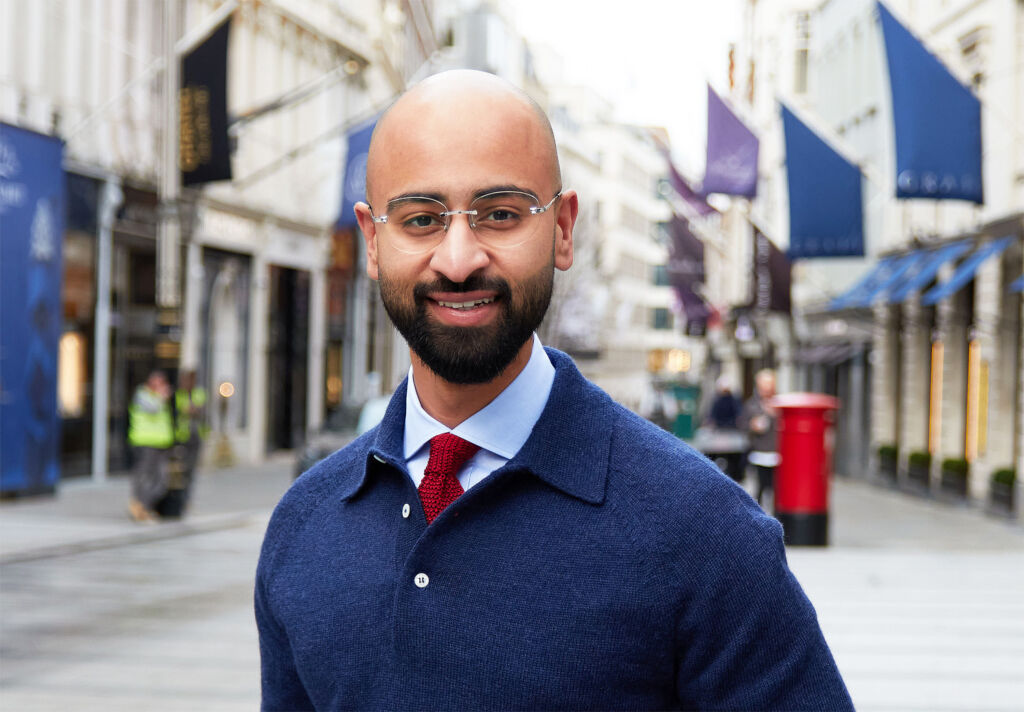 Watch collecting is big business. Danny Shahid from Diamond Watches London (DWL) highlights three models that might be getting overlooked, which will elevate any watch collection.

Some watch values have increased at a staggering rate. So much so, they are now considered by some as sure-fire investments. Most amateur and professional collectors tend to stick with a certain small pool of brands, but they could be limiting themselves by doing this.

Brands such as Audemars Piguet, Patek Philippe and Rolex tend to dominate current watch conversations. Fortunately, we can rely upon watch experts such as DWL’s Danny Shahid (main image) to educate us on some of the models which should be part of any serious watch collectors conversations.

Rolex, Audemars Piguet and Patek Philippe are dominating current watch conversations, but =Danny has suggested three models which are a little more under the radar that are sure to elevate any collection: 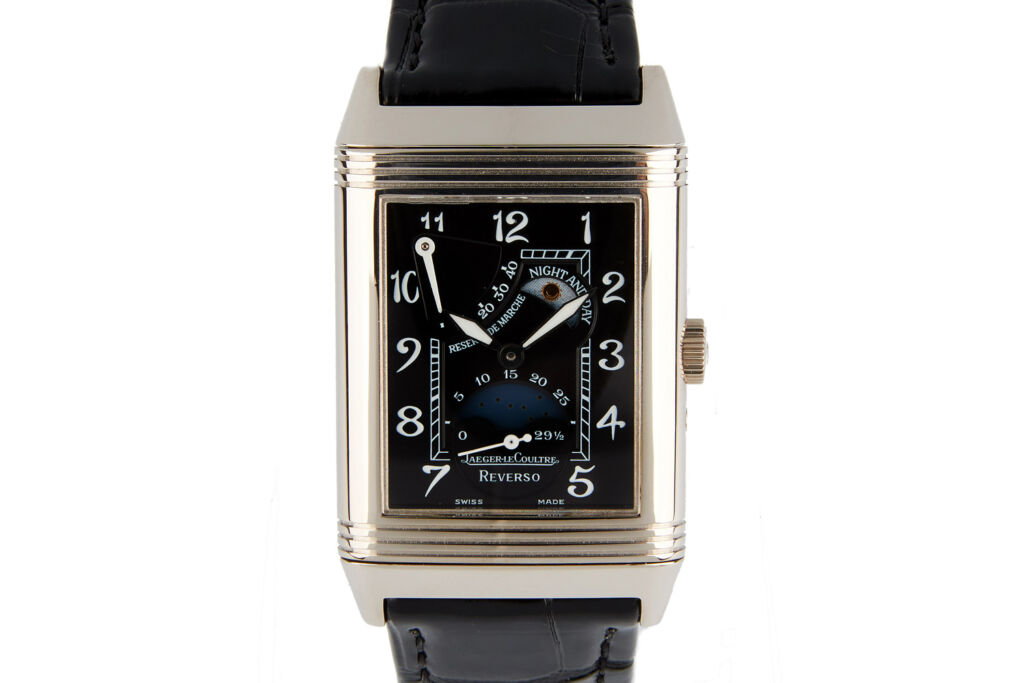 Jaeger LeCoultre Reverso
Designed by Jacques-David Le Coultre and released in 1931, the Reverso’s purpose was to withstand the damage a watch could suffer while playing polo. The Reverso’s iconic case can be opened, slid along its frame, flipped around and snapped back into place to protect the dial and then returned to its natural position when there is no threat to the condition of the watch.

Going down in history as the world’s first sports watch in blending practicality with luxury, the Reverso is an iconic timepiece with a 90-year heritage.

One reference that stands out is a rare 18kt white gold Reverso Night and Day 270.3.63, featuring a striking black dial with a rather unusual font as its indices. The asymmetrical dial houses a moon phase complication, as well as power reserve and night and day indicators.

The manually wound JLC cal. 823 is exposed behind a sapphire crystal exhibition case back on the reverse side of the dial. Priced around £11,000, this is great value given JLC’s history of supplying movements to brands including Audemars Piguet, Patek Philippe and Vacheron. 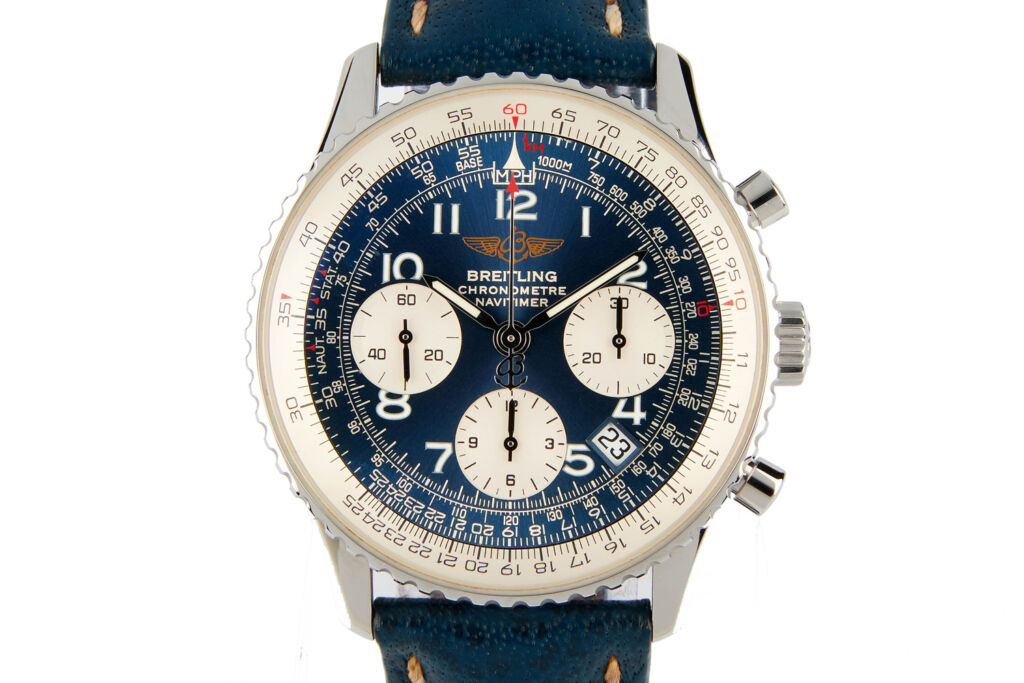 Breitling Navitimer
Released in 1952, the Navitimer has remained largely unchanged in its design and has become Breitling’s most important timepiece due to its legendary aesthetics and reputation as the ultimate pilot’s watch. The bidirectional rotating slide rule bezel allows pilots to monitor fuel consumption rates, convert distances and calculate average, cruising and climb speeds.

The model is famous for having an incredibly busy reverse ‘panda’ themed dial that is paradoxically easy to read because the colour scheme allows the red-tipped hands to stand out in low light conditions.

The Navitimer ref. A23322 features a sunburst blue panda dial with the classic white subdials and white dial periphery. The slide rule bezel can be used with ease, and the watch is powered by an automatic movement with a date function found between 4 and 5 o’clock.

Coming in at around £5,000, the Navitimer represents an opportunity to own a part of watchmaking history at a very reasonable price. 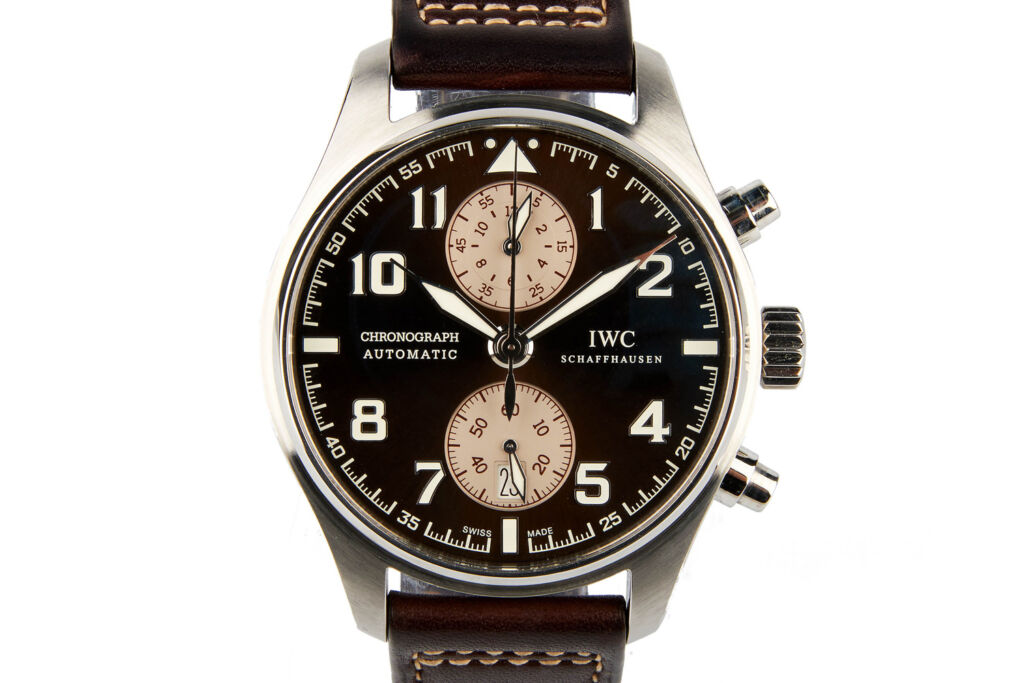 Following the French armistice with Germany in 1940, Antoine left the French Air Force and moved to the US to convince American politicians to join the war effort. He is thought to have died on a recon mission in 1944.

Authored during his time in America, Antoine’s “Le Petit Prince” has inspired several IWC special edition watches. Celebrating storytelling’s role in watchmaking, these timepieces commemorate his literary work and career as a pilot.

The subdial at 12 features a 60-minute counter while also harbouring a 12-hour display. At only £4,500, this iconic timepiece illustrates the influence of aviation on watchmaking.

If you’re in the market for a luxury timepiece or simply want to add to your existing collection, a visit to the DWL shop in London’s Burlington Arcade should be on your agenda.

They stock more than one hundred exquisite models, and the stock is constantly being updated. The majority of their models are priced between £10,000 and £40,000, but they do have some that go up to £200,000.