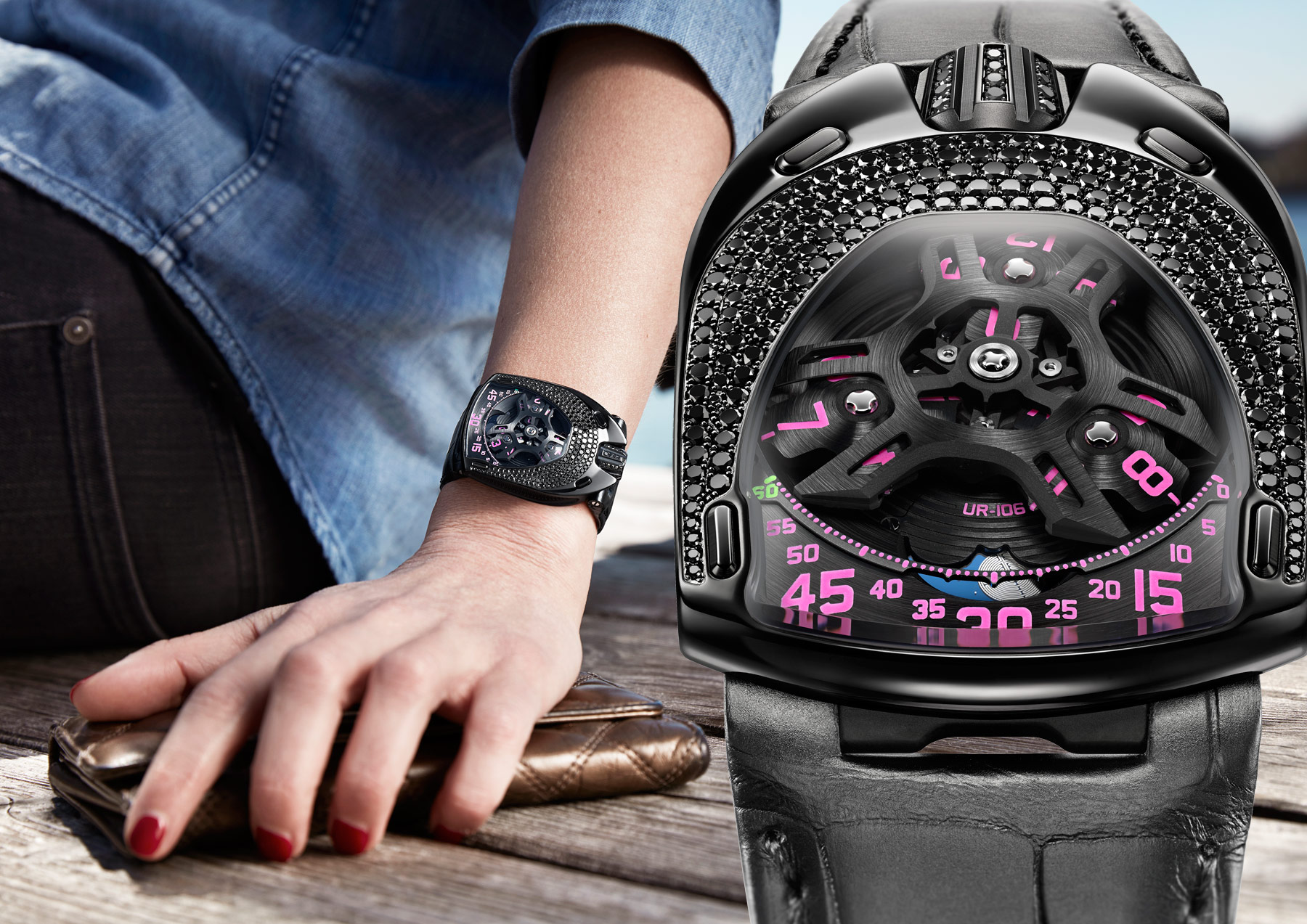 Some might be a little confused by the use of the words ‘Pink and black attack’ in the headline, this indicates to me that you are either of a younger age or were not a fan of the World Wrestling Federation in the 80’s and 90’s. One of the most popular wrestling teams from that period were The Hart Foundation and they used the words pink and black to such great effect that, to many people, their mere utterance instantly conjured up images of the duo.

Perhaps now that their tag-team wrestling days are long-gone, these two colours will now cause one to instantly imagine the URWERK UR-106 Pink Lotus.

Due to their large shield like cases, URWERK watches skilfully tread the line between the world of watches and jewellery. The arch of jet black diamonds coupled with the pink numerals and accents on the UR-106 Pink Lotus creates an edgy, statement piece for the woman that enjoys fine horological craftsmanship whilst wanting to be noticed.

As with most of URWERK’s models, the Pink Lotus is based on the wandering hours principle. Three satellite arms, each bearing four numerals, carry successive hours across a scale of minutes in a dynamic display of the inexorable progress of time. A labyrinthine moon sweeps across the night to complete the picture.

“We paid particular attention to the details of this UR-106 version,” declare its creators, Felix Baumgartner and Martin Frei. “The carousel and satellites have been worked on by hand to create a special satin finish, while our workshops have carefully painted each hour numeral and cut-out minutes scale. The moon shines in a sky of lapis-lazuli blue selected from hundreds of different shades, while the outline of the lotus on the back is exactly as Martin drew it. We wanted a sleek, handsome watch for our UR-106 series, and for us this is a mission success.”

The URWERK UR-106 Pink Lotus