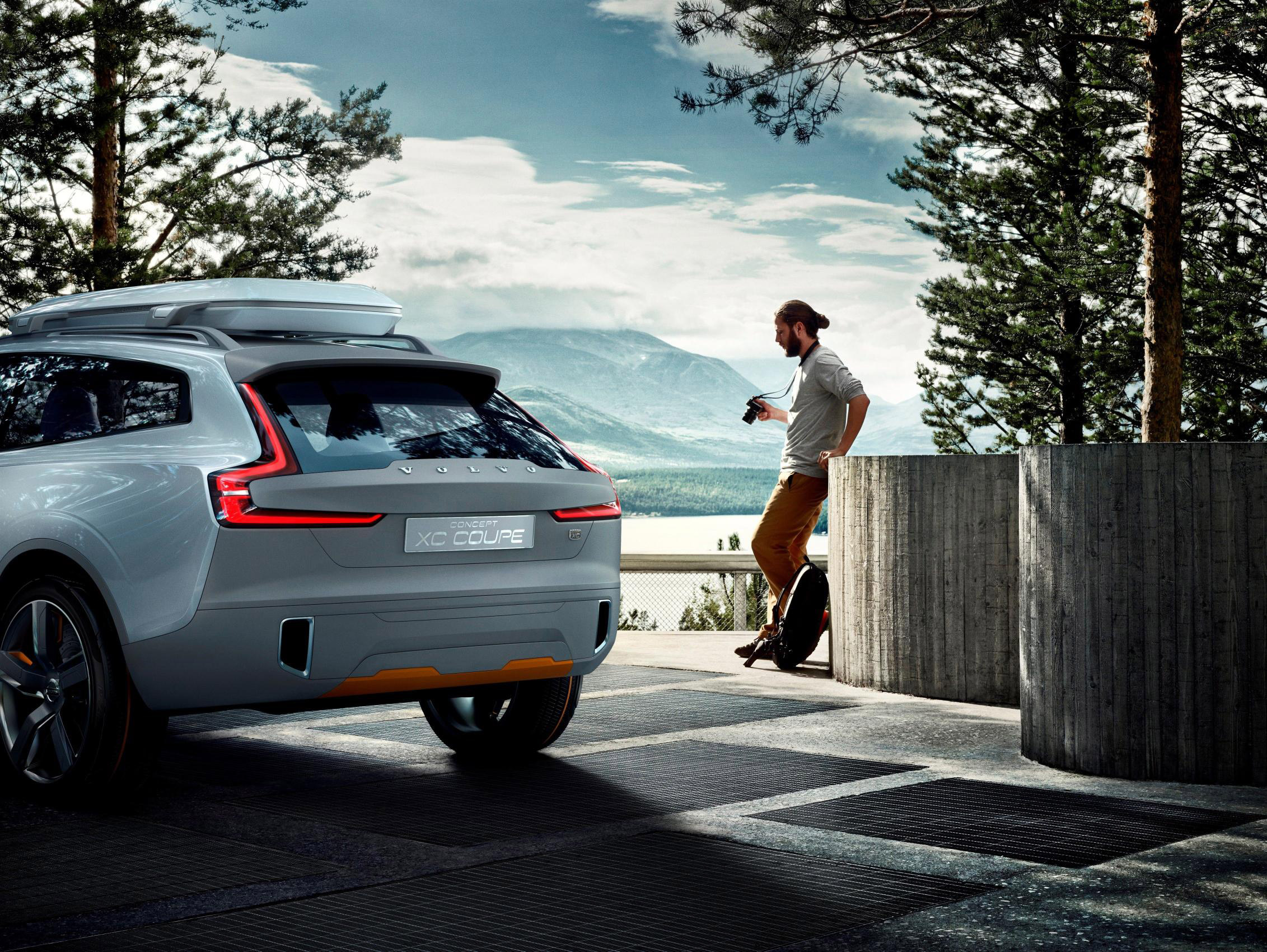 Swedish automaker, Volvo Cars, has commissioned an independent report on the luxury sector which both challenges the rule book, and looks forward to the key factors that are set to shape the future of the industry.

Editor, Simon Wittenberg, attended the media launch of the research at London’s Hospital Club, which also fuelled interesting viewpoints from experts in a panel debate surrounding the new form of luxury.

The face of luxury is changing, and so is Volvo. The recent launch of the all-new XC90 SUV is living proof of the brand’s drive to be perceived as the purveyor of modern luxury cars, which will be further reinforced by the unveiling of the highly-anticipated S90 saloon this coming January. What’s more, in two years’ time, the entire product line-up will have been renewed, and will carry a more upmarket positioning compared to what we see on the market today. 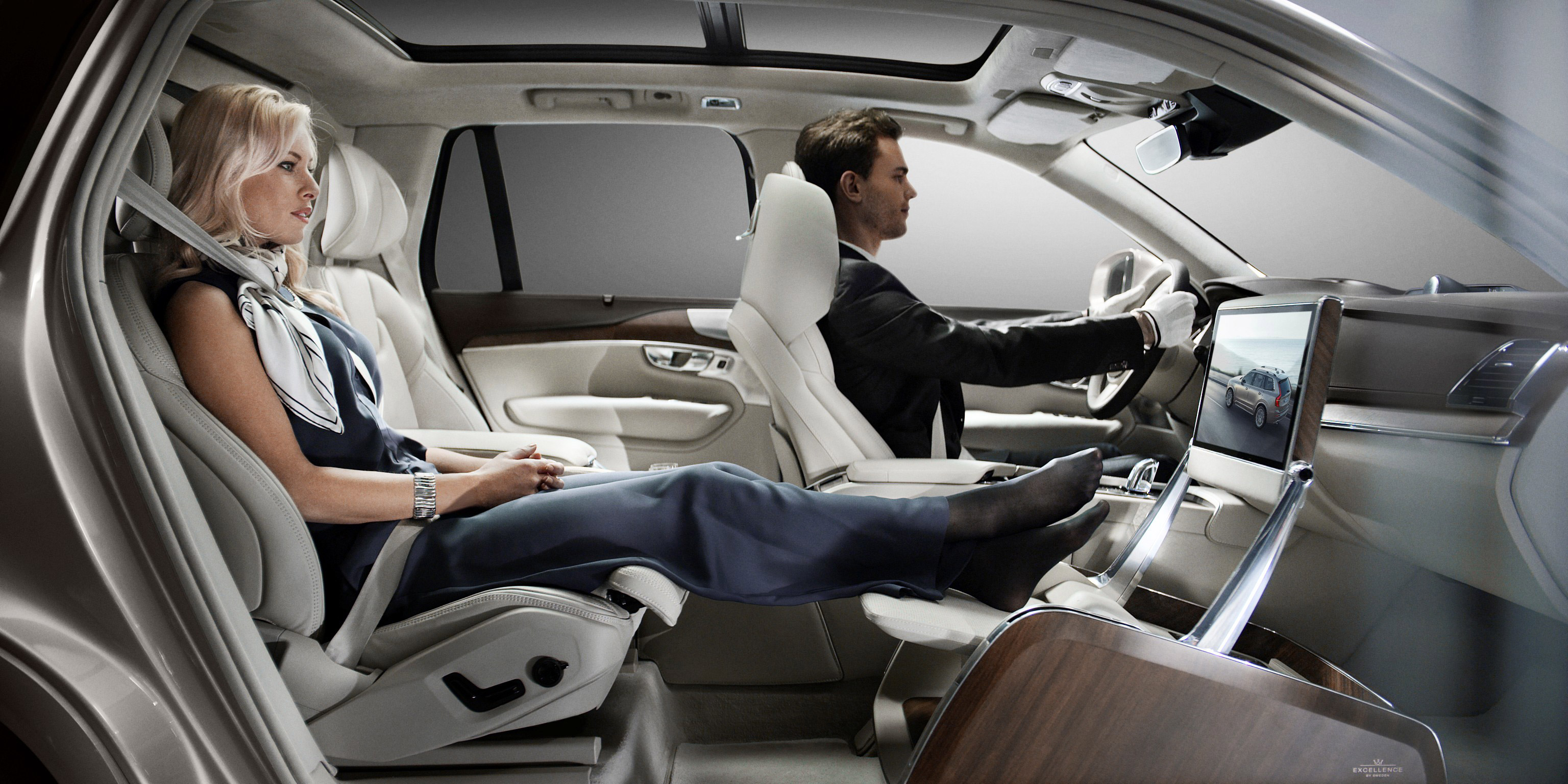 In light of this shift as to how the brand is viewed, and to understand how customers see the future of luxury, or ‘new luxury’, Volvo commissioned a report named ‘The Evolution of Luxury’. This is an independent compilation by Denmark’s Anne Lise Kjaer, a well-known international trend analyst, which defines how the sector is changing and where it is heading. The findings, which will be published in two months’ time, followed ten weeks of detailed research, and will be used to define the carmaker’s forthcoming products and services i.e. creations that are relevant to tomorrow’s people. 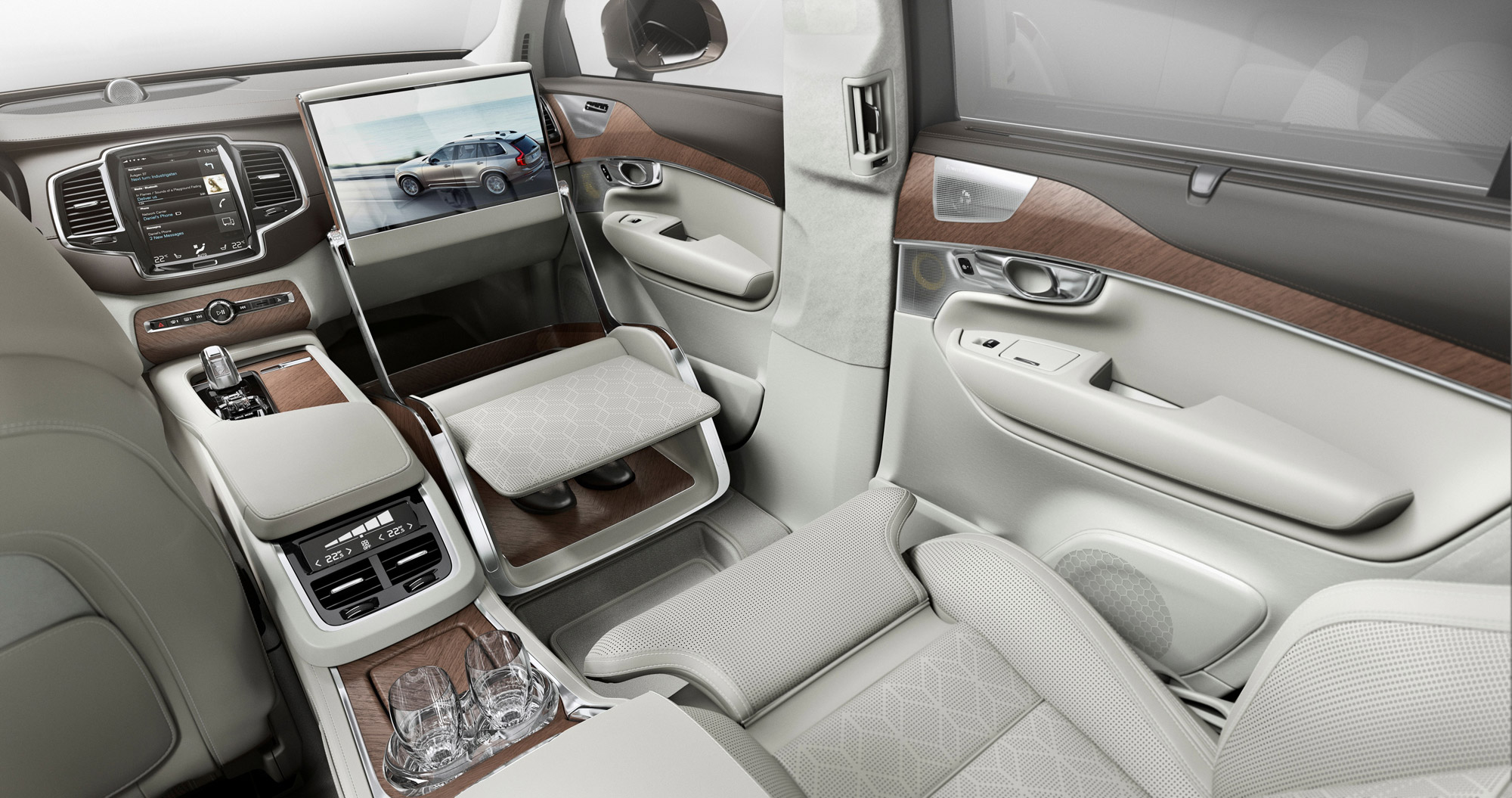 With a global luxury customer base that could reach 400 million by the end of 2020, never has this market been so complex, and the interaction between stakeholders and brands has never been so vital. No marque can afford to be disconnected from its audience, whilst the element of story-telling is also crucial. The latest report identifies several key trends including real-time innovation, constant access and connectivity, a growing appreciation for expertise and craftsmanship, authenticity and discovery – all connected to the search for a more fulfilling life experience. A growing tendency for what the report labels ‘the Female Factor’ and ‘The Good Life’, reflects growing consciousness when it comes to lifestyle choices and the desire for a more balanced attitude to life.

The document indicates that established high-end brands are facing the need to reinvent themselves in order to embody the modern interpretation of no-logo-luxury. This has seen sales of heavily labelled mass manufactured goods drop in favour of more discreet branding and craftsmanship visible only to those ‘in-the-know’. In other words, luxury is now not just about what you can’t afford, but also if you can’t find it. This is referring to sampling adventures in the wild that nobody else has, meaning nature has essentially become a commodity, and is the only thing left to discover in a world where there is total sensory overload. On a par with sustainability, simplicity and mindfulness are equally key to future offerings in luxury, and so is how they make consumers feel. 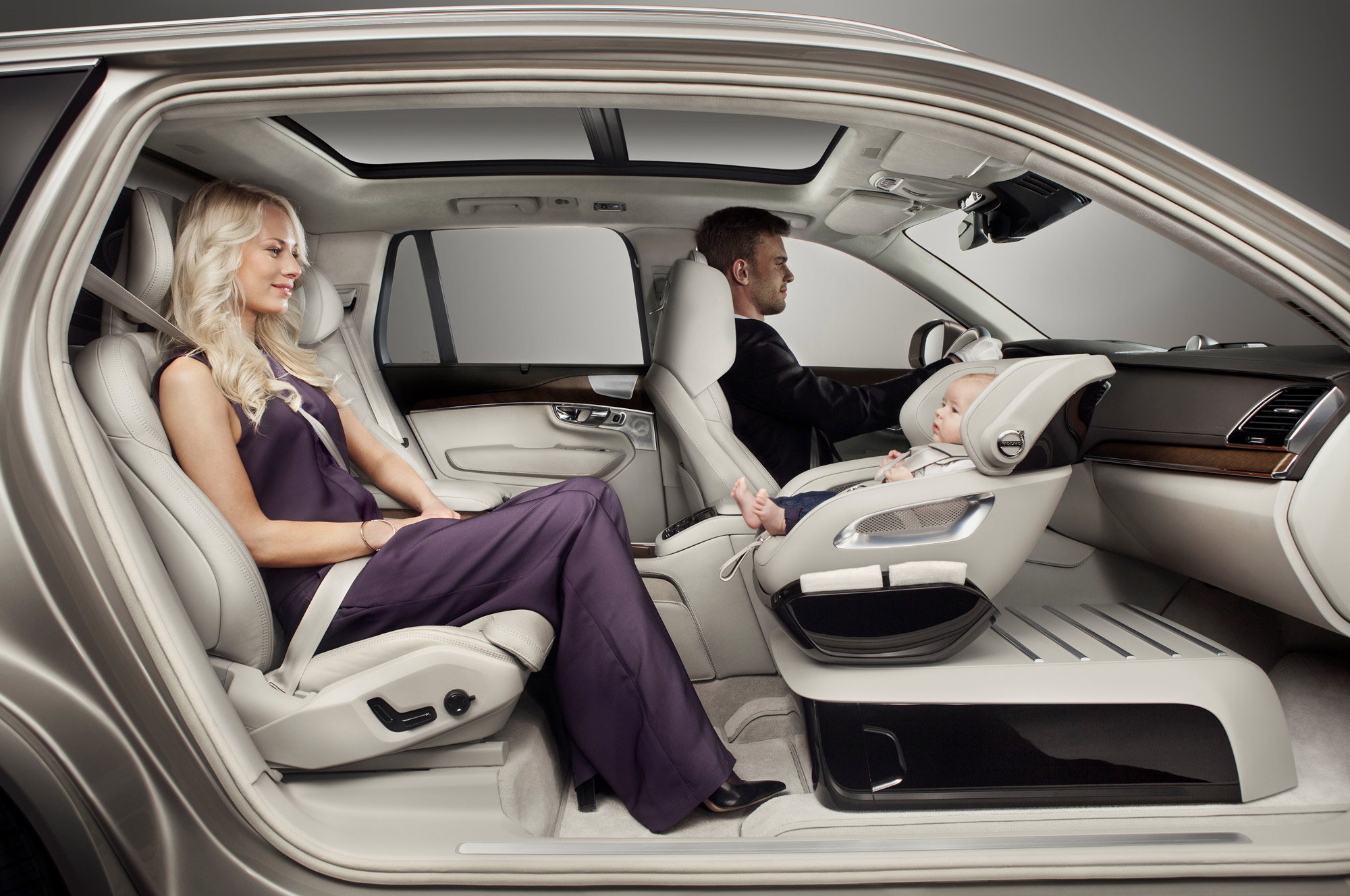 The ‘Evolution of Luxury’ identifies what tomorrow’s luxury consumers will look like in terms of their behaviour, and divides them into four distinct ‘personas’, following the amalgamation of major trends. Conventional segmentation, which used to identify similar demographic groups according to their tastes, is now no longer applicable. The first are the ‘Progressive Optimisers’, aged 18-34 years who are the millennial consumers, and will make up the largest sector of the luxury market by 2020. The second are the ‘New Socialites’, who are very much interested in personal creation and culture, and are self-made rather than relying on funds which have been inherited. They are the type of person that would have an affluent wife who has a blog to share knowledge about luxury subjects. They are joined by the ‘Adventure Hunters’, individuals who like to live life beyond the mainstream, with wild ideas and a pioneering spirit, and who are after the rare and unspoilt. ‘Idealistic Pioneers’, the fourth group, are about measuring success in terms of meaning, but not in wealth, and want to give back to society.

The preface of the report clearly explains that it was designed to serve as the foundation for a panel discussion, and it certainly provoked the element of debate during which several interesting viewpoints emerged. 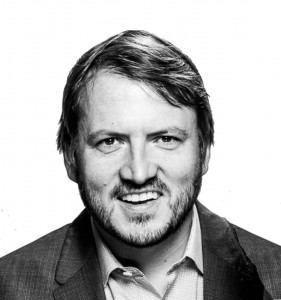 PSFK is a daily news site that provides a go-to source for new ideas and inspiration, and Piers is the author of a ‘Death of Luxury’, where he explains how relentless innovation and technology must be part of a luxury brand’s DNA.

Piers explains that people are far more interested in the experiential rather than ownership, and that individuals prefer to share pictures of where they have visited rather than to own a shiny object such as a watch or a car. For them, an image of an exclusive experience says far more than a product. The allure of luxury is however still there, and far from dead, but it is important for brands to remember where they have come from, and to go back to basics.

Anna Nash – Head of Communications at Aman Resorts
Anna has a wealth of experience in luxury travel, working with renowned brands such as Orient-Express (now Belmond) and Rosewood Hotels & Resorts. Aman offers 26 resorts in 18 countries including in the Turks and Caicos Islands, the USA and Vietnam. 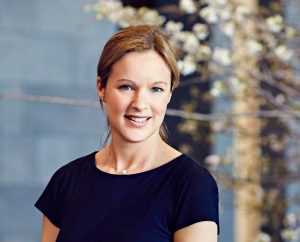 Anna suggests that luxury should be deleted from the dictionary as it’s an over-rated word and is moving to a new definition. Interestingly, at Aman Resorts, the term “luxury” is never used. Their offering revolves around allowing guests to hide away, to discover their inner self and what is important to them. The highly exclusive properties, which mirror members’ clubs, give people the intimacy, privacy and space that they crave. Aman Resorts is also seeing an increase in demand for holidays that give back and contribute to community.

She also explains that luxury is not about finding the next new best thing, but instead, it’s about going back to a brand’s roots and DNA, just like Chanel and Hermes have done. An organisation should have confidence in their brand, and know who their core audience is, but at the end of the day, loyalty is the key backbone of a business. 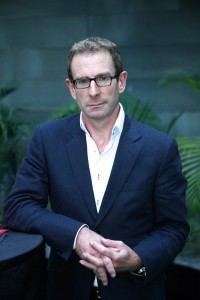 Formed in 1990 by top tier British companies, including British Airways, Chewton Glen, Coutts & Co, DAKS Simpson, the Financial Times, The Savoy Group and William Grant & Sons, the membership provides a community for the exchange of best practice ideas to drive business development in both the UK and export markets.

Guy states that buying luxury experiences is less about the ability to spend, but how people can gain knowledge and satisfaction, drives their choice of brand. Many individuals are looking for different experiences as they are essentially bored of the high street. These are the customers who are commissioning their own bespoke items rather than opting for the mainstream, and putting themselves into the object that is being created.

Aaron Simpson – Founder and Owner of Quintessentially
Quintessentially is an international members-only lifestyle management company and concierge group founded in 2000.

Aaron says that luxury brands have proved what effective marketing is, and that those that have been successful have always innovated, although some are quicker than others (e.g. the adoption of e-commerce). However, on the whole, he says, businesses in the luxury sector are terrible at innovation, and are scared of anything that, in his words, “could blow themselves up”. 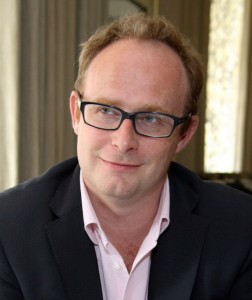 He feels that there is a fear of wanting to innovate more, and are therefore very careful about keeping their labels “untainted”. However, the best companies are those which deal with criticism. Guy sites the main challenge for luxury going forward is finding the ability to look after customers properly, for example, when they go into a store. In his eyes, the sector has lost its way, and vendors no longer know what they are selling:

“Customer relationship and account managing the best clients is crucial, and none do it really well.”

He carried on to explain that social media is a great purveyor of luxury as it makes it accessible to everyone, but at the same time, does not devalue brands. It is built on awareness in mass media, which he sums up as: “Consumers consume, but you still need the masses to aspire.” The other side to this is that you need High Net Worth individuals to spend – otherwise there would be no industry.

Politics also plays a key role in luxury, illustrated by the example of Turkey, where consumers feel motivated to show off their wealth. However, at the end of the day, the key driver in luxury consumption is that people pay a lot of money for things where they get something in return…the respect of others. 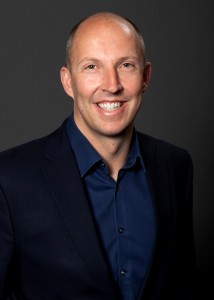 Robin Page joined Volvo in 2013 having previously worked for car manufacturers such as Bentley, Bugatti and Rolls-Royce, amongst other brands, and recently styled the very luxurious Volvo XC90 “Excellence” concept car.

Robin claims that the industry is going through a period of very fast change, and respect comes with culture and heritage. People across the globe are buying into an experience when they buy a product. With Volvo, it’s the taste of Scandinavia – the light, the smell and the ambiance. Brands need to play on this in order to have a strong identity.

So what do we think?
From examining the report, and listening to the very diverse points of view, Volvo Cars is clearly on an exciting journey in the sphere of luxury. It is refreshing to witness a brand questioning what has come before, and playing an active role in steering this new direction to meet the needs and profiles of tomorrow’s consumers. The all-new XC90 is merely the start of the new Volvo era, and there are plenty of chapters in the automaker’s story still yet to unfold. 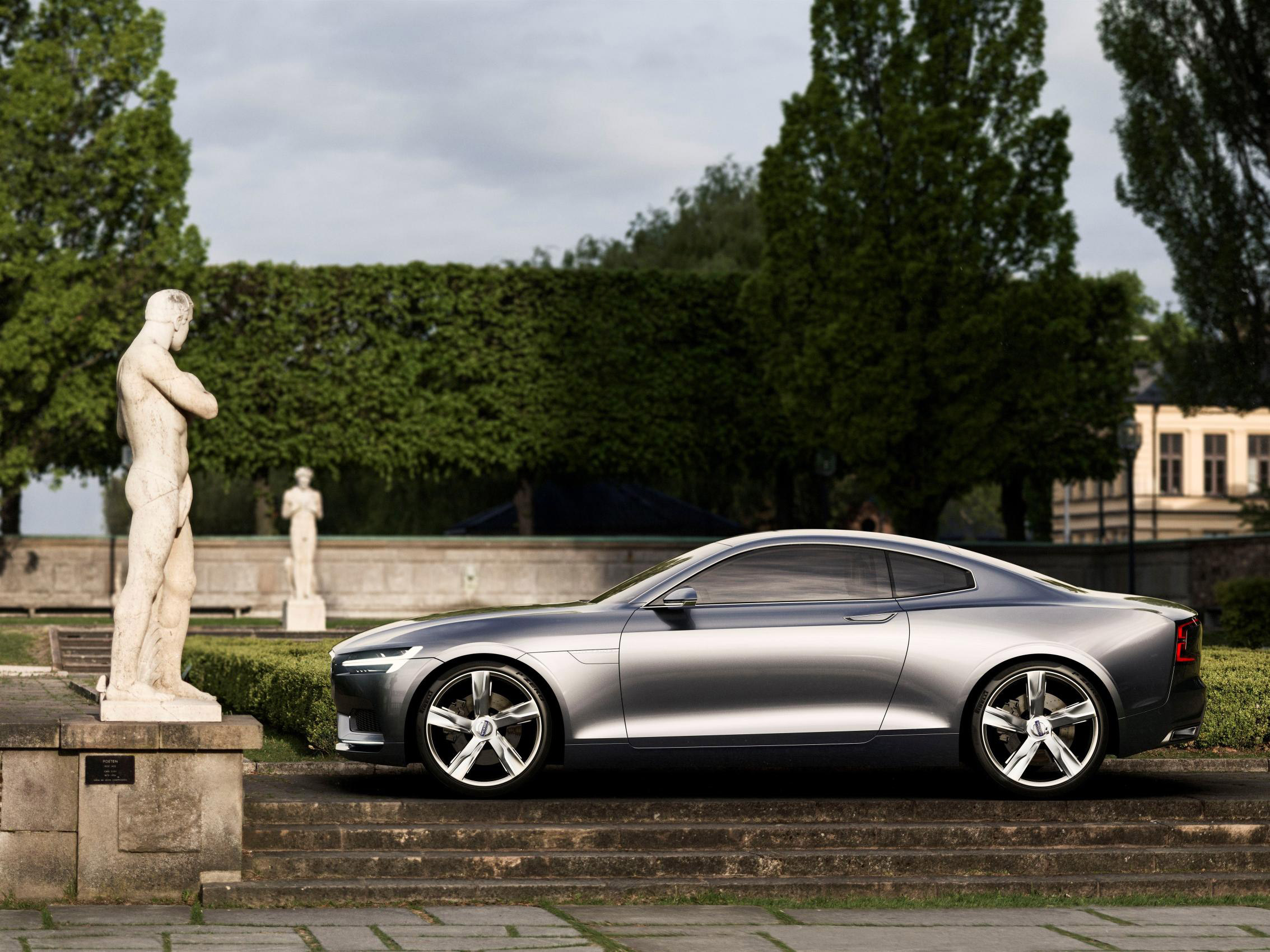