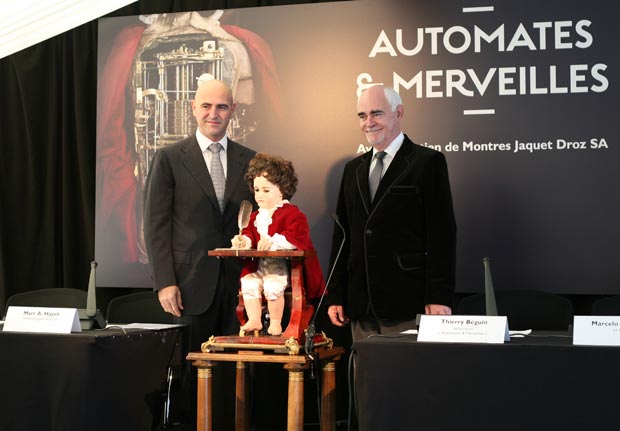 The idea behind the Automates & Merveilles Exhibition germinated from the presence of the historic automata constructed by Pierre and Henri-Louis Jaquet-Droz in the collections of the Musée d’art et d’histoire de Neuchâtel and the latter’s desire to gain more scientific knowledge about these creative geniuses and the world of clockwork automata.

Originally from the Neuchâtel Mountains, the Jaquet-Droz father and son team made a reputation for themselves as brilliant inventors and astute businessmen. They were famous in Europe and world-wide for producing luxury goods characterized by the purity and elegance of their design. Among these remarkable objects were pieces of jewelry with miniaturized mechanisms, musical clockwork automata, such as singing birds, and clocks with automata, including humanoid automata.

To highlight the Jaquet-Droz and Leschot genius, as well as their quest for answers – something that connects them to today’s world – the three museums decided to share their expertise and collections in order to mount the Automates & Merveilles Exhibition enriched by many exceptional pieces on loan from private and public collections. Presented simultaneously at all three institutions and in three languages (French, German and English), this international artistic and technical event will take the visitor from the 18th to the 21st century.

About the Automates & Merveilles Exhibition

The Automates & merveilles exhibition (From April, 28th to September, 30th 2012)will be divided into three sections. Each museum will explore one aspect of the life and times of the Jaquet-Droz family that is covered by its own collections. It will use one of the three humanoid automata preserved at the Musée d’art et d’histoire de Neuchâtel to introduce this aspect. Two of the automata will relocate from their home museum to partner museums for the occasion. 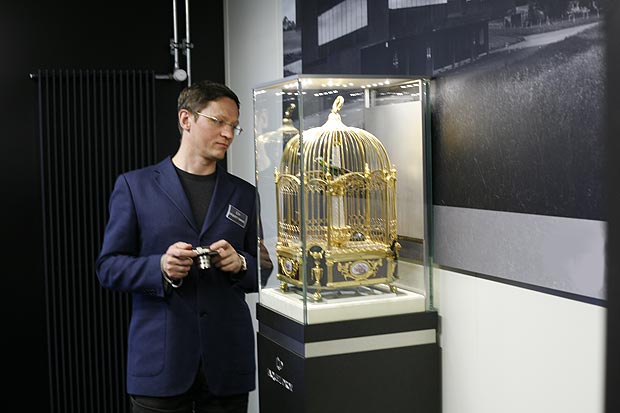 The Writer was the first Jaquet-Droz automaton. Its creator Pierre Jaquet-Droz began work on it in 1768, pursuing his research in the field of picturesque mechanisms and the artificial duplication of life and motion. Pierre Jaquet-Droz, Henri-Louis Jaquet-Droz and Jean-Frédéric Leschot never made the journey to China. However, their reputation, based on the superior quality of their goods, became well established in that country.

Next December, The Writer will travel to China for the first time.

Thanks to the generous support of Montres Jaquet Droz SA, a new chapter of the story of the clockmakers from La Chaux-de-Fonds will open with a handsome tribute to three remarkable men: Pierre Jaquet-Droz, Henri-Louis Jaquet-Droz and Jean-Frédéric Leschot, master craftsmen and gifted entrepreneurs.

The Automates & Merveilles Exhibition begins on the 28th April 2012