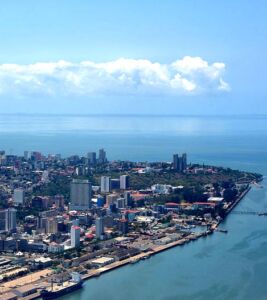 Which countries do the rich like to visit? In this survey we find out where the rich people like to go to party and let off steam, where they go for romance, and which countries offer the best opportunities to match their entrepreneurial skills. Some of the results were very suprising, while others such as Paris were always going to be a ‘shoe in’ for the best place for romance!
Here’s a quick snapshot:
Best for business? Shanghai.
For hedonism? New York.
For romance? Paris.
The top location in the Hot List, Maputo (see picture on the left) ticks all the boxes!

After the top ten lists you’ll find snapshots of some of the countries in the survey with ratings. The ratings bar gives a score from one to ten, ten being the top mark and one being the lowest.

Maputo, Mozambique
Would suit: Beach-loving, risk-hungry investors. Capital of one of Africa’s best performing economies. Average GDP growth of 8% between 1996 and 2008. Similar expected in 2011. Busy port. $1.2bn waterfront redevelopment with five-star Radisson Blu hotel. Close to the best beaches on the Indian Ocean.

The lists above were reproduced by kind permission of the 2011 Wealth Report by Knight Frank and City Private Bank. Country Information Sources: The Economist, Bloomberg, World Bank, IMF, *Ledbury Research www.ledburyresearch.com. All location ratings are arbitrary.

Are Businesses Ready to Pioneer Artificial Intelligence for 1 to 1 Targeting?