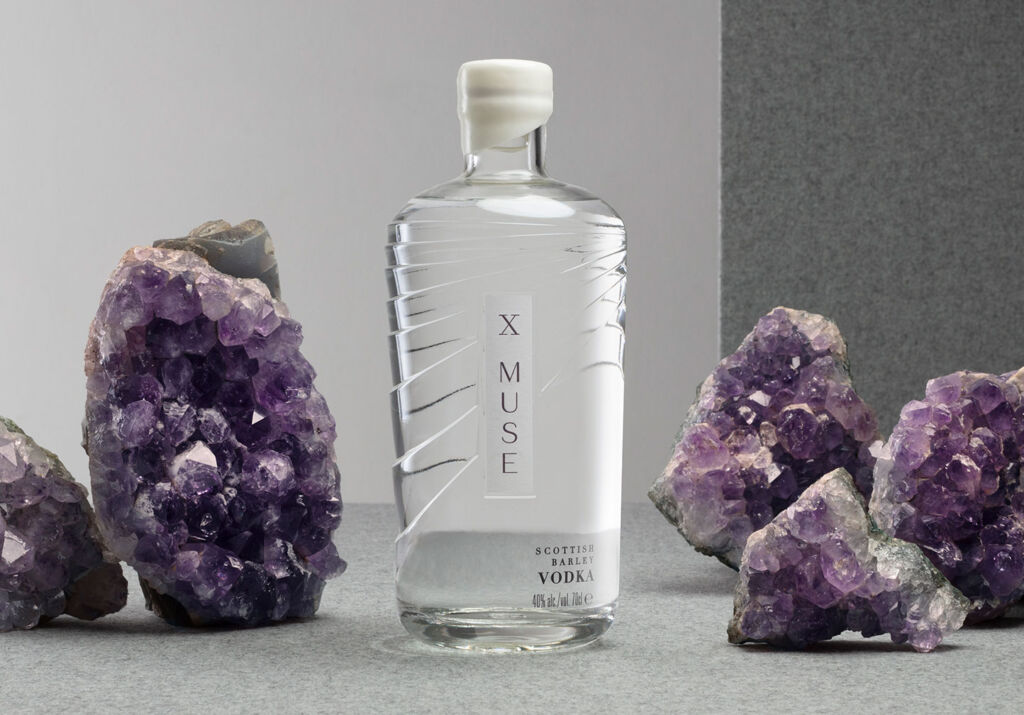 When you think of high-quality vodka, the map you’ll conjure in your head will probably focus on the eastern European region, with countries such as Poland and Russia the first two springing to mind. However, other countries have gotten into the act, with the United States, Netherlands, France and even Scotland joining in with a new flagbearer named X MUSE.

Scotland? Yes, you did read that correctly, Scotland is not only home to the finest whiskies and some quite spectacular gins, it also produces some excellent vodka. And the good news is, there’s an exciting new addition to the tartan club, which comes in the form of X MUSE, (pronounced ‘tenth muse’). 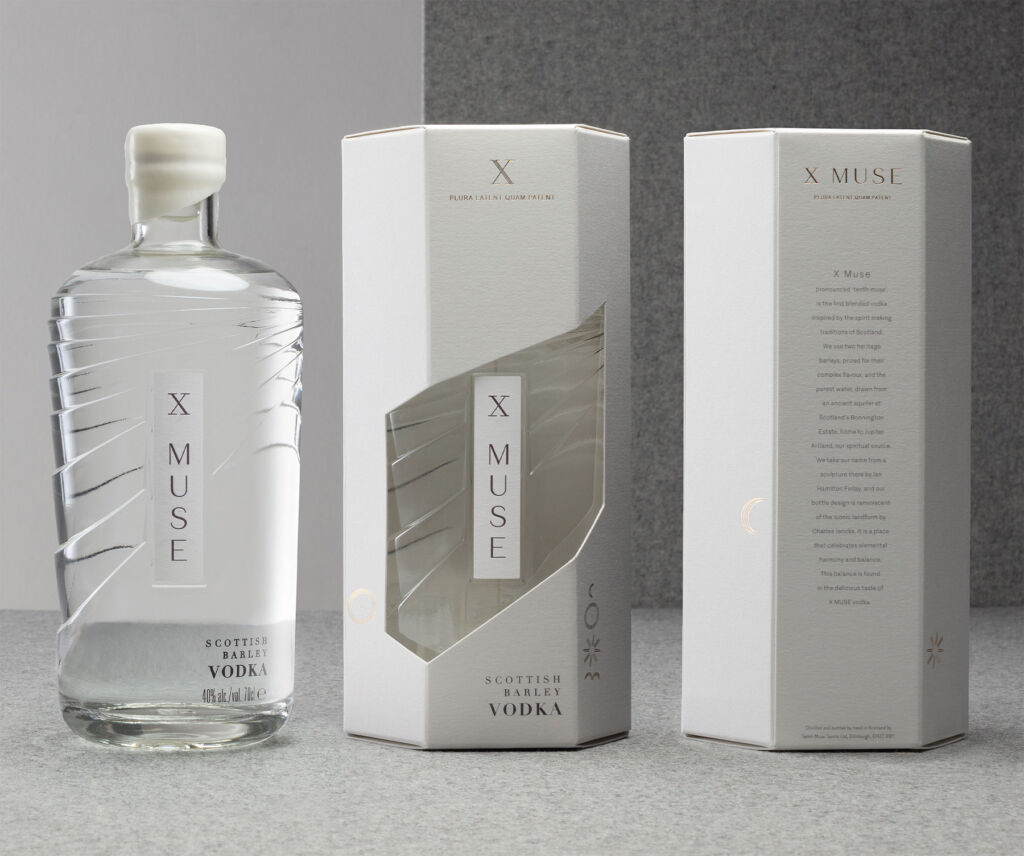 X MUSE is a vodka that drew inspiration from Scotland’s traditional spirit making techniques. It took three years to develop and was born from the creative minds of art-fan, Robert Wilson, co-owner of Nelsons, the UK’s leading natural medicine manufacturer and Vadim Grigoryan, who has a background in marketing and brand building for high-end luxury brands.

Art plays a big part in the X MUSE story. Robert and his wife Nicky Wilson, a sculptor, are the people behind an award-winning contemporary art-inspired garden near Edinburgh called Jupiter Artland. And, on the 100-acre property is an ancient aquifer, which produces exceptionally pure water.

Robert was always seeking a use for the water. During a Royal Salute media event at Jupiter Artland, he was introduced to Vadim Grigoryan, who harboured dreams of creating something that would pay tribute to its ingredients and be culturally enriching. Robert and Vadim hit on the idea to develop a luxury vodka brand using the aquifer’s exceptional water, whilst, incorporating art and its practices.

With the vision in place, the team brought in the expertise of Edinburgh’s Heriot-Watt University, and after much research, the team picked two varieties of heritage barley; Maris Otter and Plumage Archer. The barley’s are known for their taste and, after distilling, creates a complex and smooth flavour. 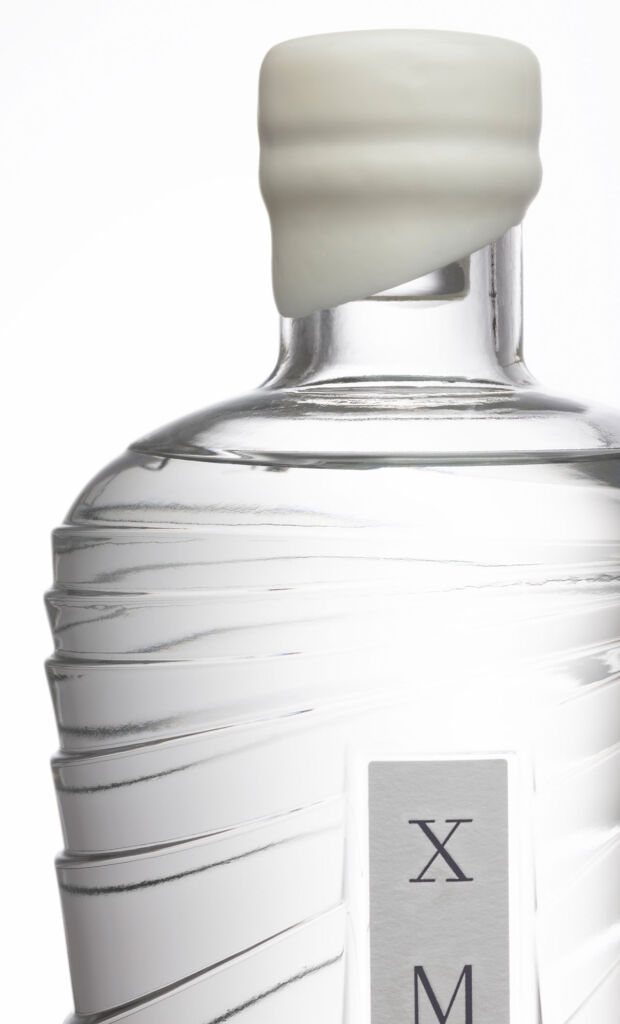 From here, it’s not just a case of mixing, and we’re done! Another special ingredient needed to be added; these are known as the “Magic Drops”.

To be frank, I am not sure how the ‘alchemy’ used works with respect to this. Apparently, these drops have been energised in a glass vortex and rested on amethyst crystals. This mysterious process produces vodka that can be consumed straight from the glass or on the rocks and is also an ideal base for a classic or creative cocktail.

As you’ve no doubt gathered, it’s impossible to separate art and Robert, and this can clearly be seen on the bottle holding the liquid. The X MUSE bottle was created by the design agency Stranger and Stranger, and etched on it are a series of swooping lines that extends to the cap which takes its inspiration from Charles Jenks land art titled Cells of Life”.

Creating a new vodka in a crowded market is far from straightforward. It requires years of testing, ambition and an unwavering willingness to succeed, so I must doff my hat to the team behind X MUSE. Scotland is renowned for its spirit making industry, but this is centred towards whisky and, more recently, gin. However, this could all be about to change.

For many people, vodka would appear rather boring in its colour and odour; X MUSE is seeking to alter this perception with a vodka that is complex in its taste and on the nose. I’m always excited to see something new coming into the spirits market, and X-MUSE appears to have the right credentials to become very popular.

I’ll admit that as someone who is not a big drinker (through personal choice), I am yet to sample the bottle sent to me. Instead, I’ll open it in the company of friends who are a little more knowledgeable on the subject of alcohol and will update this piece accordingly. 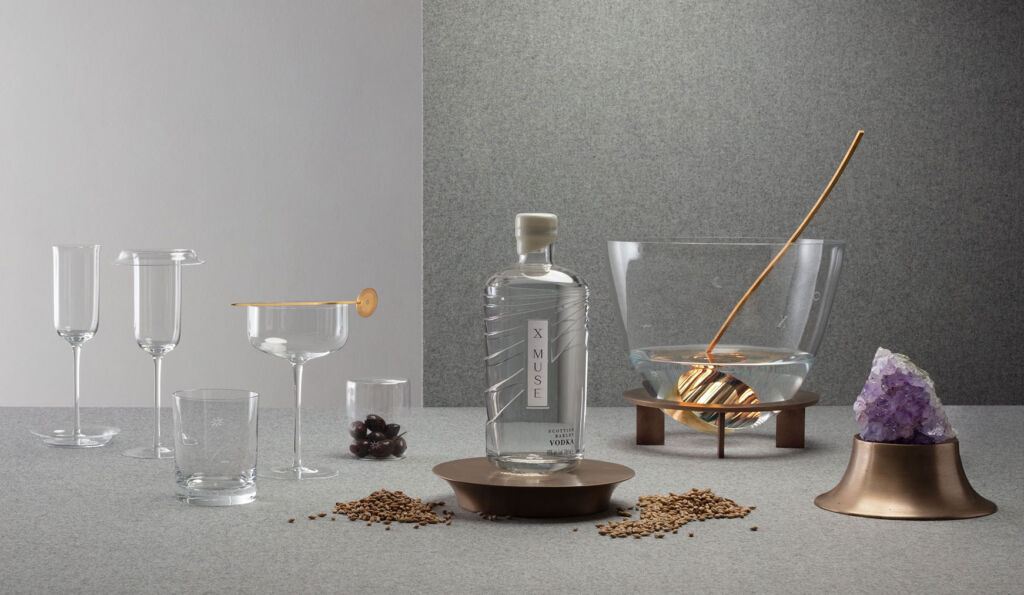 X MUSE is handcrafted in Scotland using the finest local ingredients. It is available to purchase from the X MUSE website and leading retailers, including Petersham Cellar, Hedonism, The Whiskey Exchange and Amazon. You can also keep up to date on Instagram via their page @tenthmusevodka.