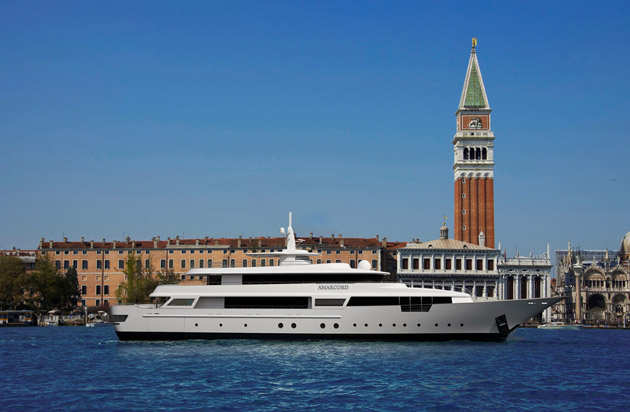 “Once we discover how to appreciate the timeless values in our daily experiences, we can enjoy the best things in life.” J.K.Jerome

The idea behind the project was the reinterpretation in a contemporary style of the  timeless appeal of the Benetti ships of the ‘70s. They extracted the landmarks such as the shear line and the rounded stern with reverse angle, the slender line and the reduced volume in the transverse direction and we have reintegrated them into a new context. 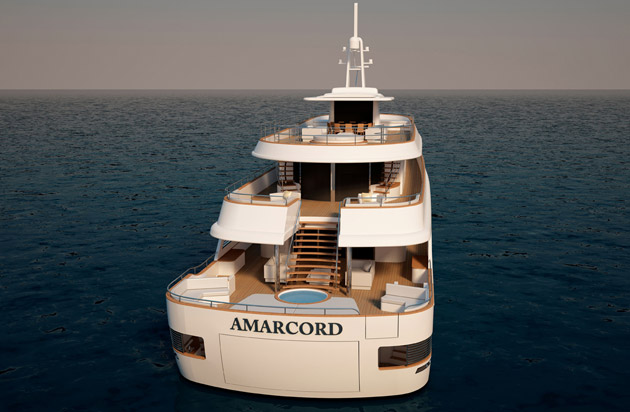 The reference to the Benetti boats as Galù, a true icon of the times, was the starting point, but they wanted to review the entire functional layout. For this, they put the owner’s cabin in a  forward position with full beam section softened by two terraces. Two further guest cabins are located on the upper deck to appreciate the visibility and the achievable windows, both cabins can be equipped with folding terraces.

The stern was lengthened escaping the alignment with the upper deck for obtaining a raised beach area that works as a link between the sea (accessible from two side stairs opening the stern platform) and the upper deck connected with a central stairway. It defines the longitudinal continuous space combining the aft platform with the large sundeck. The alternation between the symmetrical side stairs and the large central one creates a type of “renaissance effect” in the aft view, enhancing the communication between the bridges too often reduced to a mere functional system. 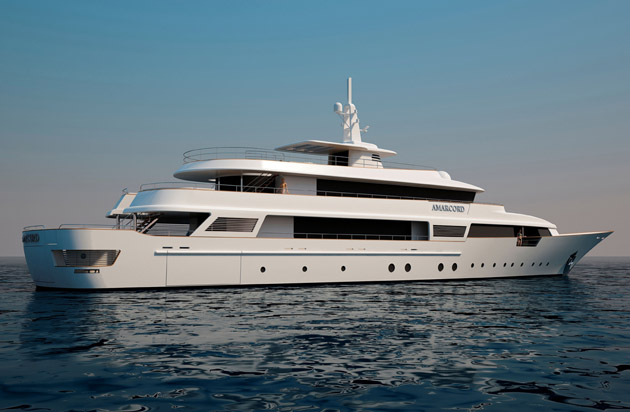 The elevation of the beach area on the main deck also provides more privacy to the cockpit. Docking maneuvers have been moved to the lower deck, leaving available the entire part of the main deck’s aft to the guests. The kitchen is located on the lower deck, directly related to the crew area while two tenders can be comfortably accommodated in the garages placed at the stern and at the bow of the yacht.

The geometries are deliberately clean, simple, linear and masses are rounded and graceful. The length of almost 56m is underlined by the great slender line of the hull at the bow of the boat  marking the marine vocation of the project.

The interiors are designed in a “marine style”, almost forgotten nowadays, yet so rich in character and charm. 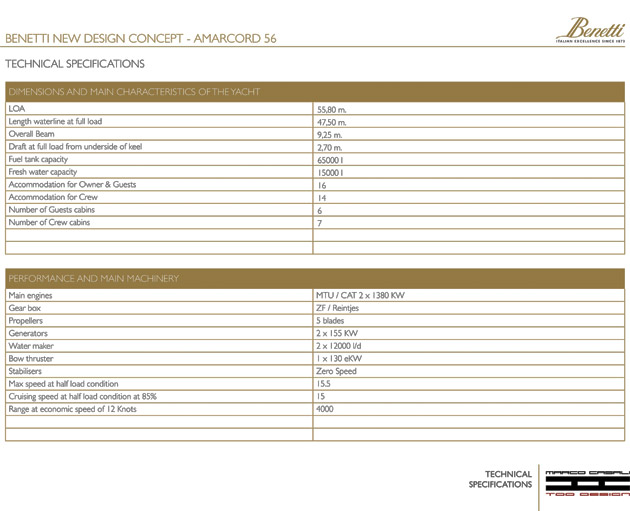