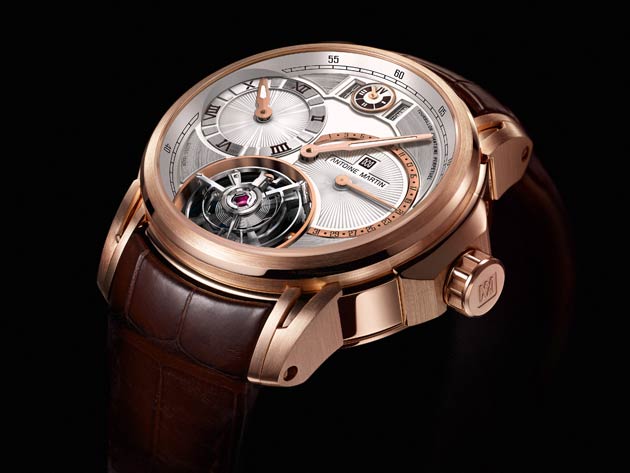 Antoine Martin’s Tourbillon Quantième Perpétuel was preselected in the category ‘Complicated Watches of the CPHG 2012’ – The so called watchmaking ‘Oscars’. 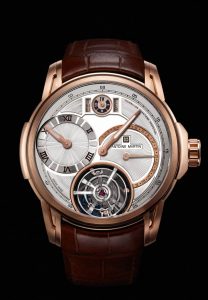 All timepieces will travel from Zurich to Hong Kong, followed by Shanghai back to Geneva, where the finalist watches in each of the seven categories will be awarded on 15 November 2012. The winner watches will be exhibited at the Swiss Embassy in Moscow.

Antoine Martin Tourbillon Quantième Perpétuel
The tourbillon revolves around its own axis once a minute, while the escapement in the rotating cage ticks away steadily at 2.5 Hertz, or 18,000 beats per hour. This is a good deal more leisurely than the 28,800 beats per hour currently en vogue, but in no way less precise. On the contrary.

Martin Braun chose silicium as the material for the pallet lever, escape wheel and impulse pin, and opted for a balance of nickel silver. Precision adjustment is achieved via the two half-round-head screws made of 18-carat gold, while the tourbillon cage is poised using two gold rings. The result is a tourbillon consisting of precisely 65 parts and weighing a total of 0.62 grams. Not only that, the rotating cage has the breathtaking diameter of 14.1 millimeters. Which means there is no overlooking it.

Another reason why the Antoine Martin tourbillon is difficult to miss is the fact that Martin Braun has positioned it so prominently under the glass. Between the tourbillon (which also serves as a small seconds) and the glass, there is just enough space to accommodate a slim minute hand. This necessitated a number of design modifications, and the end result is a regulator-like display. Minutes are shown by the large central hand, while the hour display is found in a self contained subdial.

With this timepiece, Antoine Martin is launching the most eye-catching tourbillon available; combined with the perpetual calendar, it is yet another masterpiece from the innovative young watch manufacturing company in central Switzerland. 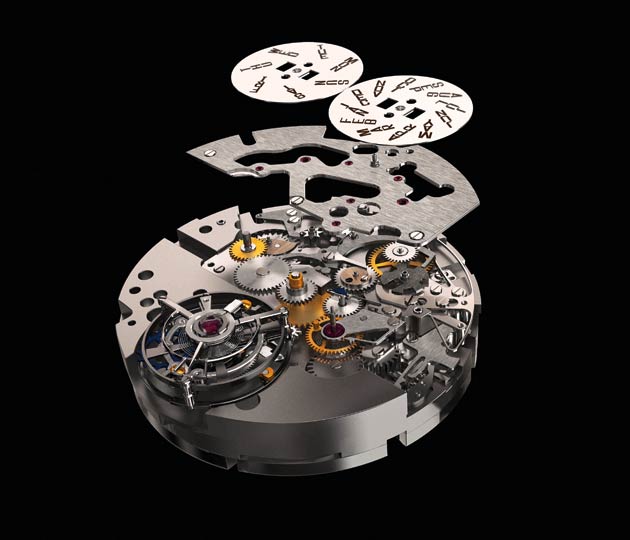