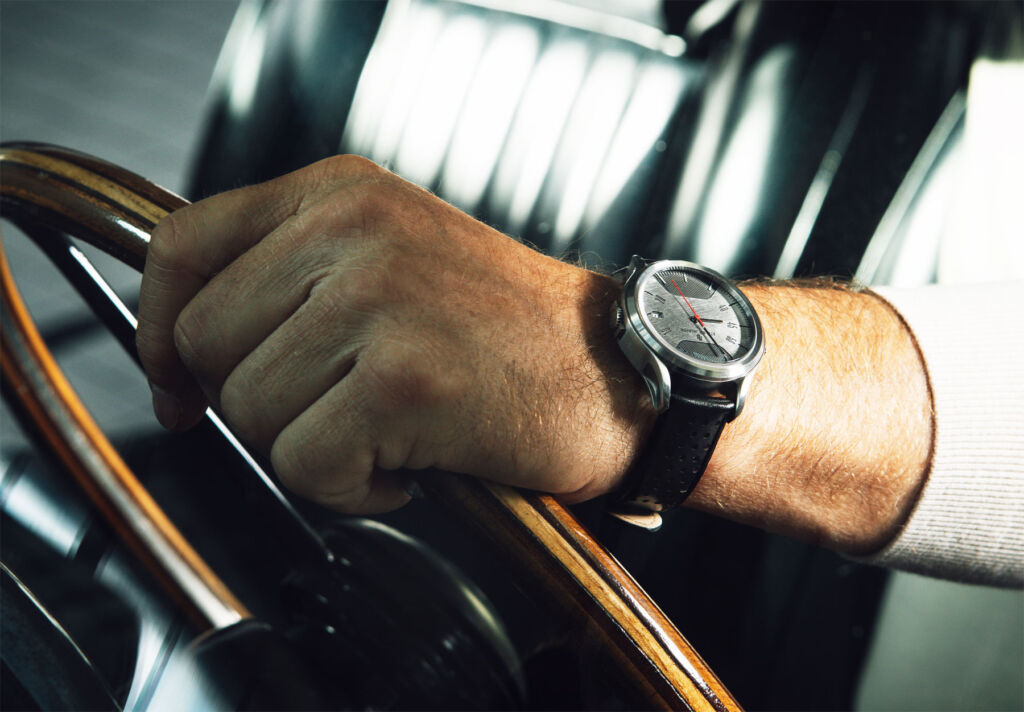 Without a doubt, the Aston Martin DB5 is the best-known James Bond car in history. So much so it helped establish and strengthen the decades-long relationship between 007 and Aston Martin. And now watch brand Atelier Jalaper has incorporated the Bond car icon DB5 into their watches. Sabi Phagura explains.

Time has illustrated that the DB5 is a legend in the movies and the automotive world. And it was this specific make and model which was the pull for creating the unique wristwatch masterminded by duo Simon Szleper and Louis Jalaber. With 007’s car returning to the big screen in No Time To Die in October, this watch pays homage to a symbol of true British sophistication.

Speaking on a live Zoom call, Simon told me how the pair met during their Master’s degrees at ESCP in Paris when they were just 22 and 25. They both realised their mutual passion for cars and watches and joined forces to set about revolutionising the watch industry. 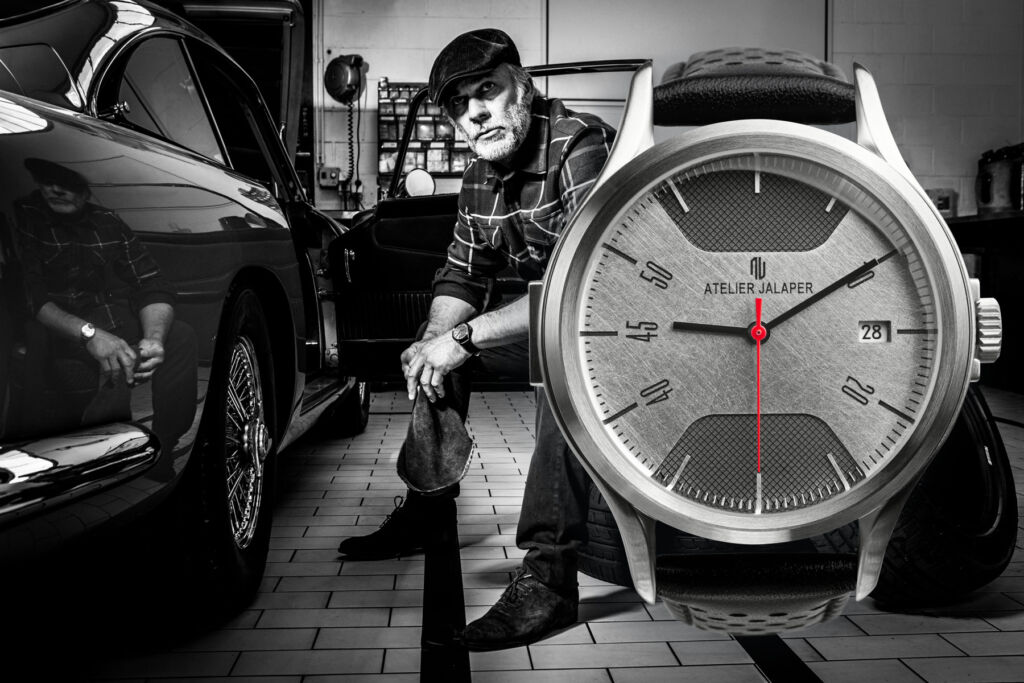 The French-Belgian company launched a 30-day kick-starter in 2019 to promote their idea of crafting a watch that would use the bonnet of an authenticated Aston Martin DB5 in its timepieces. Car and watch enthusiasts were informed the brand intended to create a watch that visibly featured part of a DB5 bonnet, evoking the iconic automobile that has been a classic symbol of style and sophistication for over 50 years. The bold idea was an instant crowd-pleaser and raised a phenomenal €125,000 in just 30 days.

The Atelier Jalaper brand began with two years of research and development at La Chaux-de-Fonds in Switzerland. The design was perfected with the watchful eye of Stephan Muller, owner of a watch-making factory there. 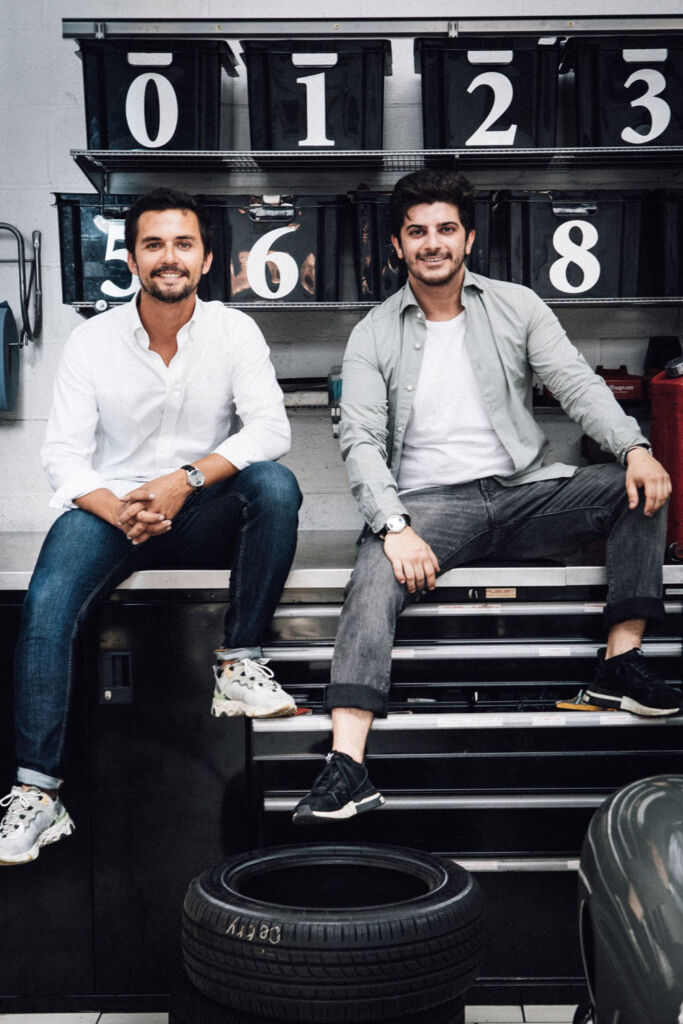 Stephan was chosen to help in the developmental stage and was instrumental in the task of turning a car bonnet from the 1960s into 600 watch faces. As one can imagine, extracting the metal discs, was a meticulous task that required expertise and precision, so as not to alter the metal’s integrity.

The design itself was another hurdle to overcome with measurements done in small segments for total accuracy. The pair collaborated with Constantin Sohier, a talented industrial designer with experience in the luxury world, including with Land Rover and Jaguar.

References to the DB5 were carried out throughout, including guilloche at 6 and 12 o’clock in the shade of the car’s iconic front grille, as well as indexes inspired by the DB5’s speedometer.

Simon spoke passionately about classic style and said both he and Louis were hugely proud to have created a series that gives customers a chance to wear a legend on their wrist. Simon added: “We hope James Bond would also choose to wear an Atelier Jalaper”.

The Atelier Jalaper limited-edition range currently consists of four timeless designs, with only 600 timepieces made in total. Not too dissimilar to when the Aston Martin DB5 was manufactured for just three years, back in the 1960s, with less than 1,100 ever made (production restarted in 2020). The AJ001 displays the date, whilst the AJ002, displays both day and date – each is available in silver and black with prices started from €800. 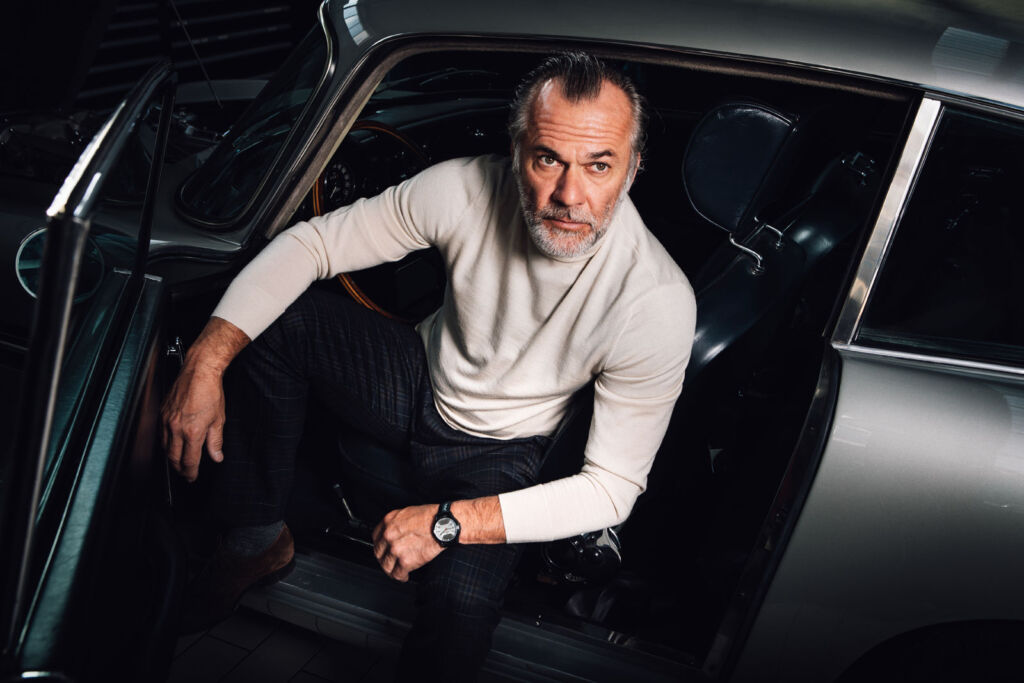 Simon told Luxurious Magazine that he and Louis have already begun to explore potential future designs, incorporating other iconic cars from the 1960s. And their brains continue to tick as they put their minds to their next venture – the Retail Experience Solution.

RXS will be a virtual version of the retail experience that they feel is lacking when shopping online. It will even give customers a chance to ‘try on’ watches from their own homes – RXS will also be available for other luxury brands, which will be launched soon. Time will tell if this too will be as successful as the Atelier Jalaper wristwatch.

Atelier Jalaper – Where and How?

Read more of the latest watch news, along with guides and features here.