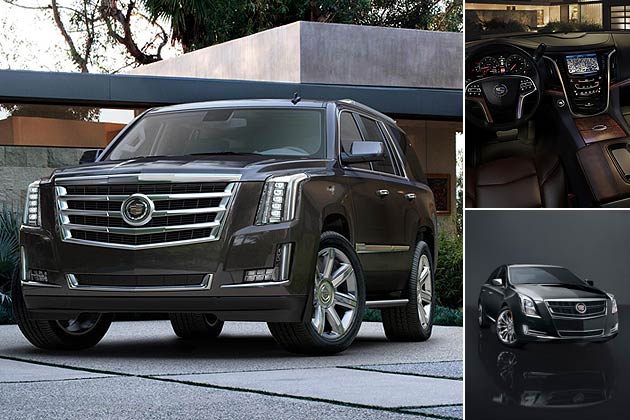 For over 100 years Cadillac has been a leading luxury auto brand and now is a truly global manufacturing giant with a range of award-winning high-tech luxury motor vehicles.

2013 has proved to be a milestone in the company’s history as it has had its best year for sales since 2007, the start of the global economic crisis. Sales for the company in the United States were up by 22% and in the trend continued throughout the year with December total sales increasing 12% month over month led by a 20% increase in retail sales.

The company’s current brand expansion program is its largest for almost 40 years. This trend is set to continue in 2014 with the introduction of some excellent new vehicles including the 2015 Cadillac Escalade, ELR and CTS range.

“Cadillac saw huge product-driven momentum throughout 2013,” said Bill Peffer, Cadillac vice president of sales and service. “Much of that growth came from buyers new to Cadillac, with Lexus, BMW and Mercedes-Benz being three of the top traded-in brands.”

Cadillac’s new portfolio of sedans total sales improved 48 percent. The award-winning ATS sedan had its best total sales month since its launch, and 72 percent of ATS buyers in December were new to the Cadillac brand. Also last month, Cadillac began deliveries of the 2014 CTS Vsport sedan to customers. The CTS Vsport is a car that we feel will push the brand to even greater heights with its combination of luxury, style and leading-edge techonology. The rear-wheel-drive CTS Vsport is equipped with a Twin-Turbo 3.6L V6 engine with an SAE-certified 420 horsepower and a “track” drive mode with specific Magnetic Ride Control calibration and enhanced throttle progression for greater track performance.

CTS sales were up 75 percent over November 2013. Shipments of the 2014 ELR electrified luxury coupe also began in December. Aside from the styling and luxurious interior, the technology is one of the main aspects driving the sales growth of the CTS range. Inside, all CTS models are equipped with CUE, Cadillac’s breakthrough system for connectivity and control featuring an eight-inch fully reconfigurable touch screen. CUE brings tablet-like functionality into the CTS with functions such as haptic feedback to confirm selections, proximity sensing to reveal hidden icons, gesture recognition and capacitive touch. A 5.7-inch display in the instrument cluster allows the driver to control radio, phone and navigation functions through steering wheel controls without having to take his eyes off the road.

The Cadillac ELR is a vehicle that could prove to be the most important new car by the brand in its recent history. The ELR is a vehicle with extended range electric vehicle technology with a full driving range in excess of 300 miles. The ELR delivered on the promise of the Converj Concept on which it is based. The exterior establishes a new, progressive proportion for the brand while the interior introduces a new design theme that will define future Cadillac models, emphasizing modern elegance, technology and precisely crafted details.

“ELR marks a fresh, even surprising new dimension of Cadillac,” Ferguson said. “An additional aspect of ELR’s appeal to will be exclusivity. It will be a specialized offering produced in limited numbers.”