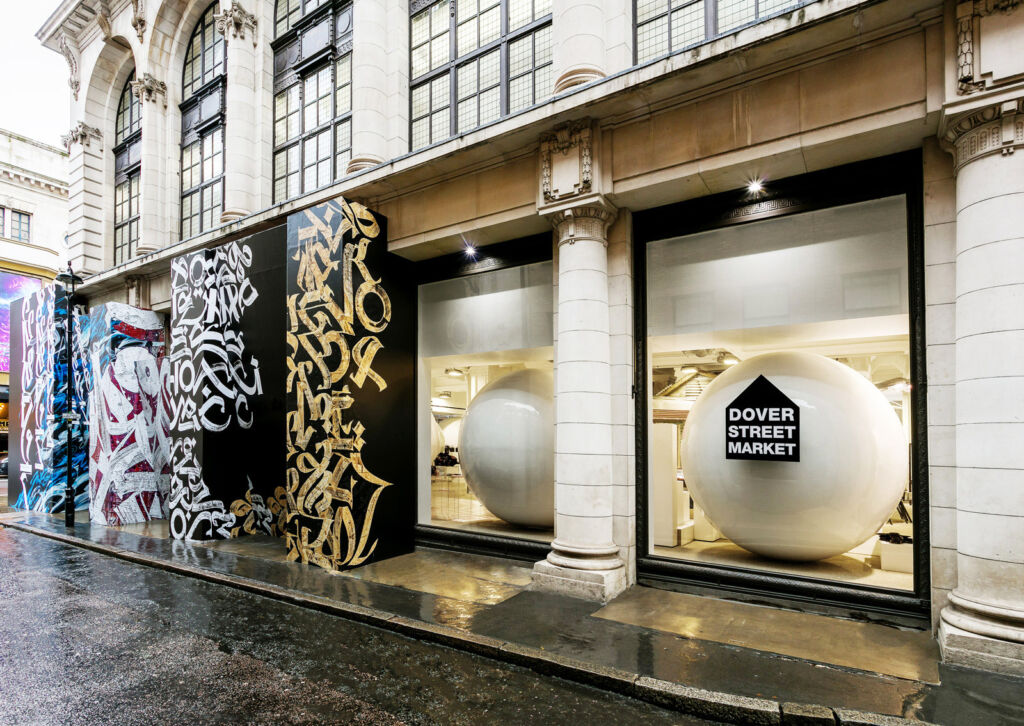 Designed by Rei Kawakubo and illustrated by Pokras Lampas, the monumental installation is the largest of a series of collaborations between Lampas and Comme des Garcons in Dover Street Market’s many international locations including Beijing, New York and Tokyo.

One of the world’s most famous calligraphy artists, Pokras Lampas has created a unique fusion of graffiti and calligraphy called “calligraffiti.”

Lampas reframes the ancient art of calligraphy in a contemporary manner through the aesthetics of graffiti, creating a universal link between street artistry around the world.

Using a self-developed technique called ‘calligrafuturism’. Pokras has collaborated with some of the biggest brands in the world, including Yves Saint Laurent, Nike, Fendi, and Dries van Noten.

In 2015, he created the world’s largest calligraffiti on the roof of a building in Moscow which can be seen from a satellite and on Google Earth (see image below).

Opera Gallery Artist Pokras Lampas says “Calligraphy is not only about art, it is the way to pass the message — so, just imagine, in hundred years’ people will realize that they actually need the way to communicate with each other — and to provide humankind with the lingua franca, where all the languages are evenly represented.

Here we will need to find new letter shapes, because everyone would want to see their country represented in the new alphabet. That’s why I combine all the writings I have learned so far and invent new letters which would follow the common rules.” 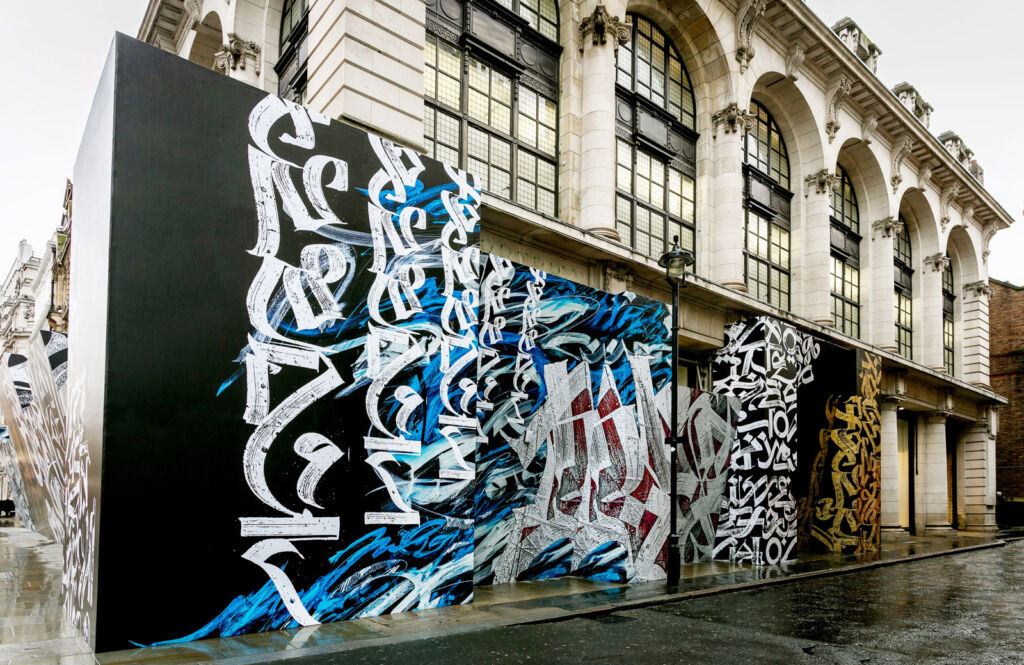 Adrian Joffe, President – Dover Street Market/Comme des Garcons says: “We accidentally came across Pokras’ work somewhere. We were doing a project for our direct mailers for 2019 based on typography.

We were going to work with many kinds of typographers throughout the year but after we discovered Pokras in late Spring 2019, we only worked with him for the rest of the year such was the beauty and strength we find in his work.”

About the Opera Gallery
Founded by Gilles Dyan in 1994, Opera Gallery is one of the leading international dealers and representatives of Modern and Contemporary Art. Opera Gallery is established worldwide with galleries in locations including New York, Miami, Aspen, Paris, Monaco, Geneva, Zurich, Singapore, Hong Kong, Seoul, Beirut and Dubai. Opera Gallery offers museums, foundations and private international art collectors’ unique access to a diversity of Modern and Contemporary artists through an exciting programme of curated exhibitions and high-profile art fairs.

For more articles on the art world, visit our dedicated section here.