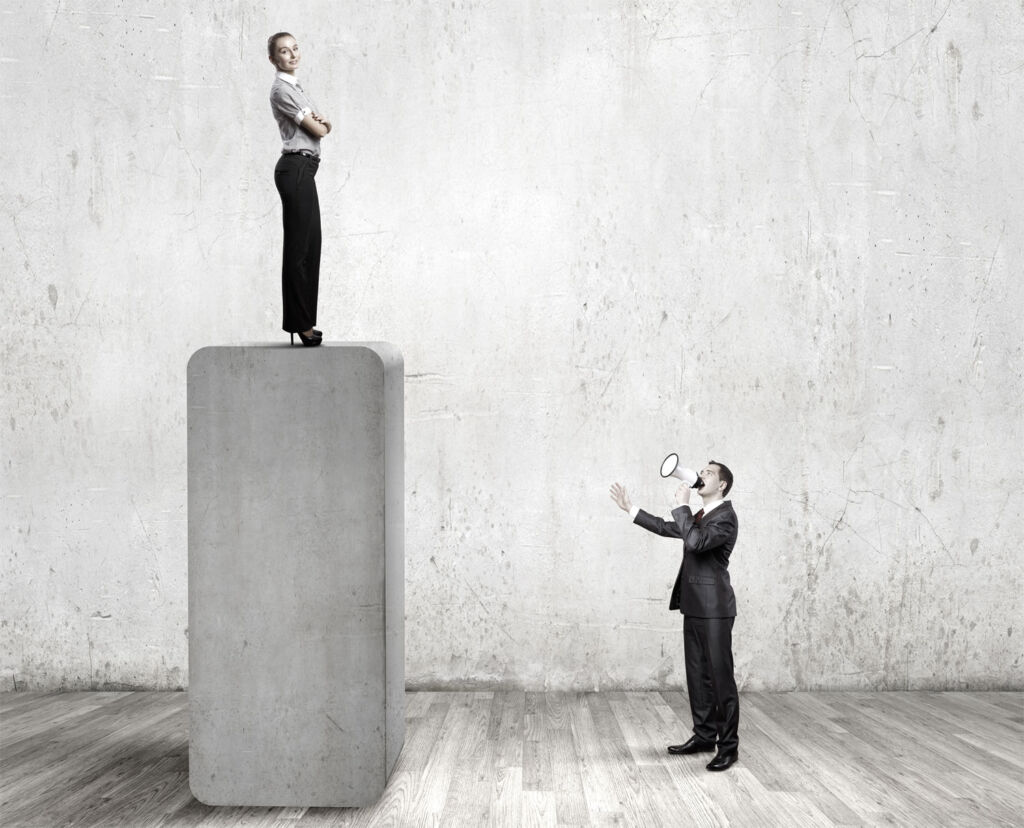 The world is constantly changing and businesses need to be able to adapt to whatever the future has in store. Some companies will obviously fare better than others and the latest date from the Future Readiness Indicator shows which are likely to thrive and which could be in for a difficult time.

Tesla, Lululemon, Mastercard, and Google topped the global rankings in their respective industries in the Future Readiness Indicator released today, and a number of global companies fared much worse than expected. These include Apple, IBM, Twitter, Spotify, HSBC, Audi, and Sony.

The Institute for Management Development’s (IMD) Future Readiness Centre studied more than a decade of data (2010 to 2021) to rank publicly listed companies against their competitors by how future-ready they are for the post-pandemic economy. In addition to this, the study looked at which were likely to thrive in a world of fast and frequent change. In simple terms, the Future Readiness Indicator measures the corporate world’s resilience.

The Future Readiness Indicator analyses 86 highest-grossing companies in the four highest-revenue industries: Fashion & Retail, Automotive, Financial Services, and Technology. The US-led the list with 40 American companies. Next came China and Germany with seven each; France and Japan with six each; Switzerland and UK with four each; South Korea with 3; Sweden with 2; and Argentina, Canada, Italy, the Netherlands, Singapore, Spain, and Taiwan with one each. 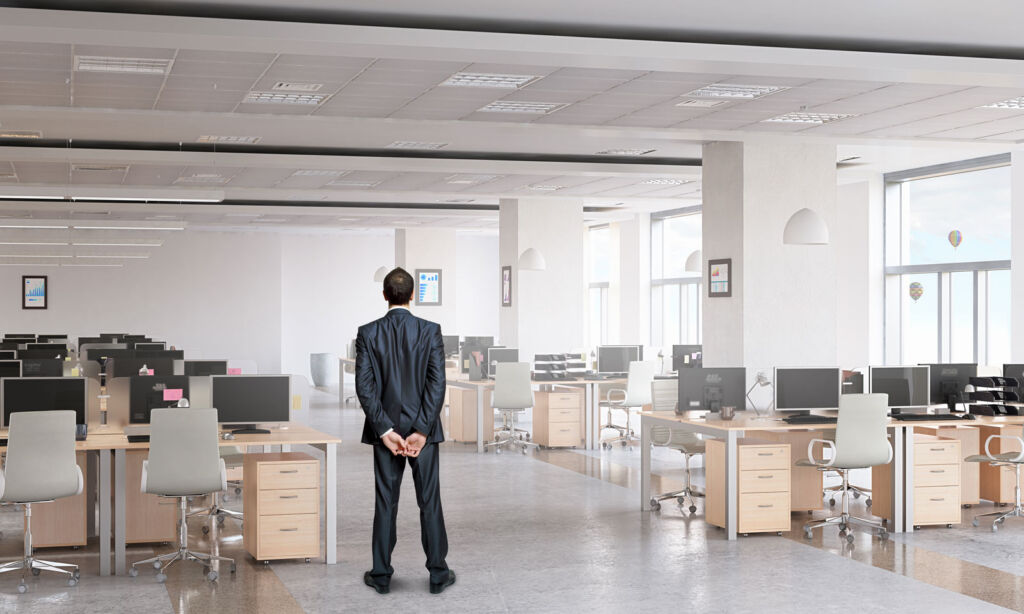 The research reveals that companies that reoriented themselves to new trends before the pandemic outpaced their competitors. COVID-19 served as a dramatic test case, rewarding companies that built up their capabilities ahead of time and exposing the institutional inertia of those that did not.

“Our predictive analytics provides intelligence for executives to recover from the recent economic blow and better respond to tomorrow’s disruptions – like Omicron – with lessons on how to thrive in the future,” explains Professor Yu.

In the Technology sector, Google ranked the highest overall for future-readiness, with Amazon coming second and Microsoft third. Sony ranked last out of 28 companies, and Dell ranked 27th.

Some other surprising positions in the list include Apple, which landed at 9th place, some way behind the top three and Facebook, AMD, NVIDIA, Netflix, and Alibaba (in places 4 through 8). Twitter also fared poorly, hitting 13th place. IBM ranked 18th, Spotify ranked 20th, and Nintendo and Samsung landed at 24th and 25th place out of 28. 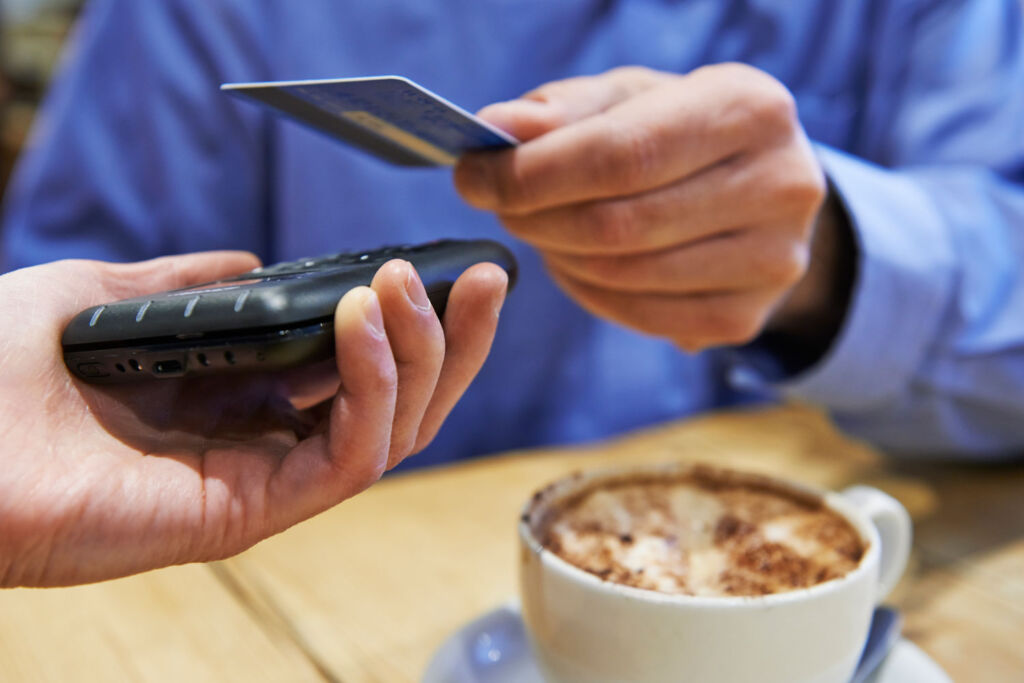 In the Finance sector, Mastercard scored the highest for future-readiness, followed by Visa and Ant Group, whereas HSBC, Wells Fargo & Company, and American International Group ranked the worst overall, in places 21 through 23.

Interestingly, however, Toyota, Renault, and even Tesla, to an extent, ranked surprisingly poorly on gender diversity, whereas Harley-Davidson and Ford Motor ranked highest on this specific metric.

For Fashion and Retail, Lululemon ranked best overall, followed by Nike and then Hermes. Fast Retailing, Inditex, and Hanesbrands ranked the worst, in places 14 through 16.

Surprisingly, Adidas ranked five places below Nike, at 7th out of 16. Under Armour was in 9th, and Next was in 10th.

On the US dominance of the rankings, Prof Yu explains, “The research shows that there is much convergence across industries, and that means the digital ecosystem and intellectual capital will matter a great deal from now on. By proximity, companies in the US get exposed to the Silicon Valley tech giants, and the vibrancy of VC capitals and sophistication of it also helps.

Executives from corporate America are more aware of the need for change and are therefore closer to the talent pool. Because what we measure is a balanced composite score, you need to have a balanced portfolio from a strong financial balance sheet for substantial innovative momentum. From this regard, US companies overall remain highly competitive, which reflects in their dominance of the ranking results.”

Technology
The research includes 28 top technology companies across semiconductors, software, and hardware, selected by $3.7 billion to $218.9 billion revenue and ranks against data from 2018 to 2021. The research measures against the following criteria: financial fundamentals, investors’ expectations of future growth, business diversity, cash and debt, employee diversity, research and development, and early results of innovation efforts.

The five top-ranking tech companies — Google, Amazon, Microsoft, Facebook, and US-based semiconductor company AMD — all have an entrepreneurial orientation, willingness to branch out from their core businesses, ability to scale up quickly, and a shared inner vision of the future.

The research suggests that high-ranking technology companies’ flexible organisational structures enabled them to make quick, tough decisions when the pandemic struck. Consumer-oriented companies like Amazon, Facebook, Netflix, and Alibaba ramped up quickly to meet their customers’ demand for home delivery services and personal electronics. In contrast, B2B-focused tech companies like Microsoft and Salesforce offered new products to enable work at a distance. 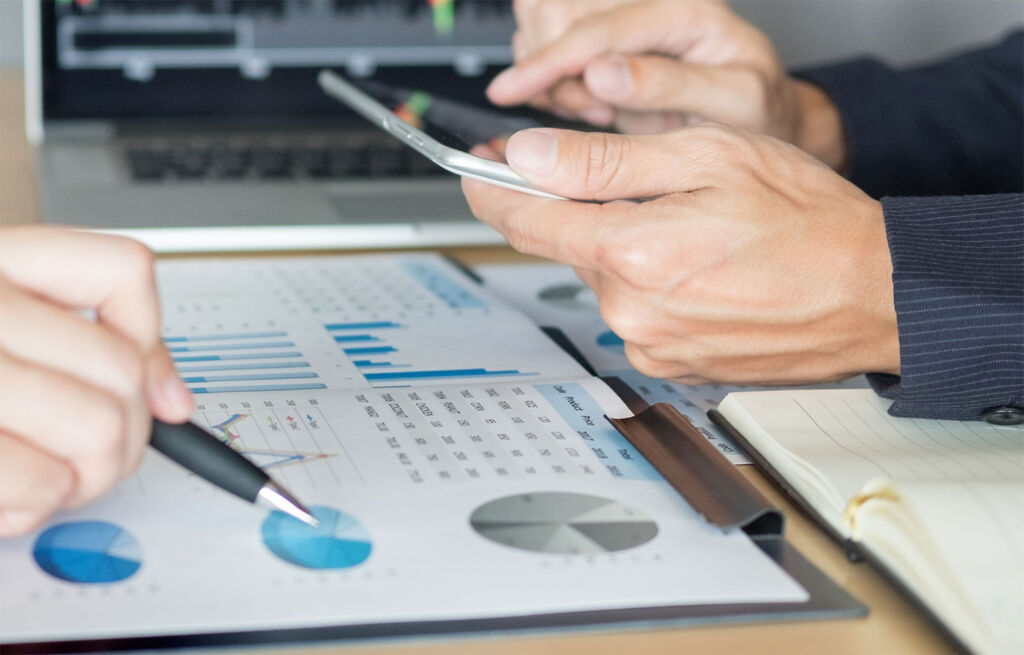 Financial Services, final ranking
The Indicator examines the top 23 retail banks, insurance companies, and payment companies, based on $10 billion to $122.1 billion revenue and ranks against data from 2015 to 2020. It measures the following criteria: financial fundamentals, investors’ expectation of future growth, employee diversity, cash and debt, business productivity, early results of innovation, and openness to new ideas.

High-ranking financial services brands used the pandemic to shift operations from in-person retail to AI-driven applications. They reaped the benefits as the sector generated its all-time highest revenue.

Mastercard and Visa lacked the expertise and capabilities to outrun the fintech giants, so they adopted the concept of frenemies; that is, they collaborated with their rising competition by creating easy-to-adopt application programming interfaces (APIs) to allow access to PayPal, Square, and even Coinbase (with its Visa cryptocurrency debit card). Opening their systems to the broader digital ecosystem allows Mastercard and Visa to learn from disruptors and apply what they learn to their organisations.

The research reveals that the highest-ranking financial services brands are more aggressive than their peers in exploring and exploiting new technologies, their openness to collaboration, and their conviction that they must continue to prepare for disruption. In fact, they are already IT companies that happen to be in the financial industry. 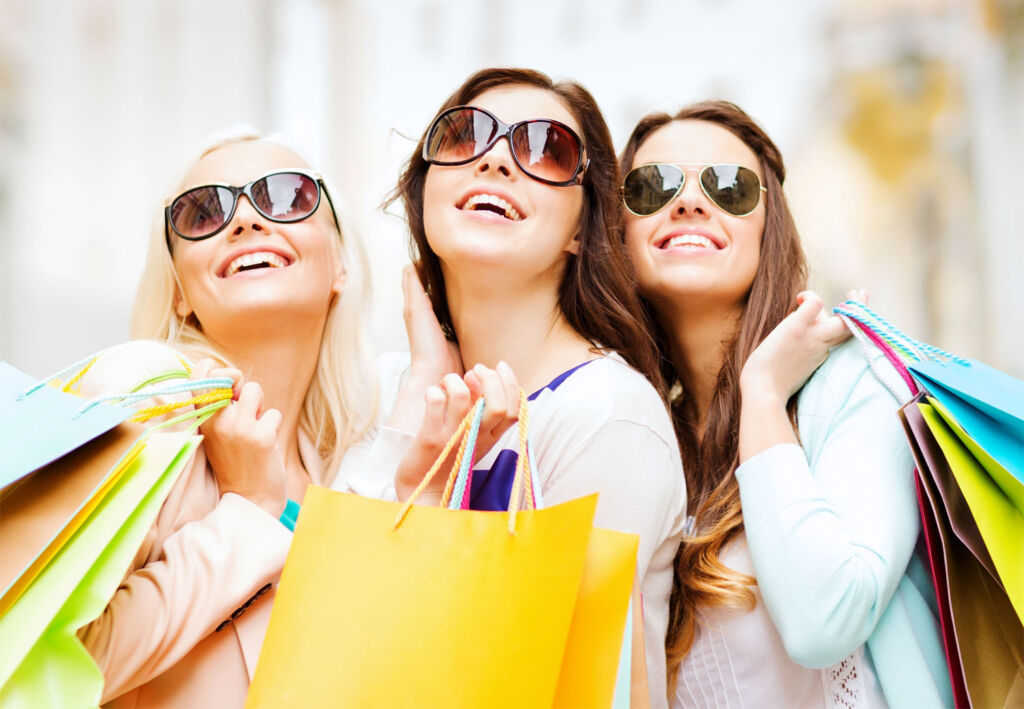 Fashion & Retail, final ranking
The Indicator analyses 16 fashion & retail companies based on $3.2 billion to $44.5 billion revenue and ranks against data from 2018 to 2020. For the Fashion Industry, the research measures against the following criteria: financial fundamentals, investors’ expectations of future growth, employee diversity, cash and debt, business productivity/diversity, early results of innovation, and brand value.

For fashion & retail, in particular, the research also considers the strength of e-commerce, presence in mobile apps, live-streaming, omnichannel, direct-to-consumer engagement, the volume of Google search presence, ability to personalise offerings, and the extent to which consumers consider the companies to be environmentally sustainable.

Before COVID-19, the top-ranking sportswear brands had already rewired their core operations from top to bottom, allowing them to instantly make markdown and promotion decisions and move inventory across countries. It’s how Nike can customise sneakers at scale profitably. Lower-ranking brands like Under Armour, H&M, and Hanesbrands, who took the shortcut of laying new digital tools on top of existing operations, struggled through the pandemic and will have difficulty competing in the coming years.

The research reveals that luxury brands aren’t nearly as dependent as sportswear brands on behind-the-scenes digitisation. LVMH and Burberry, respectively low-ranking and high-ranking in digital savviness, are the two fashion/retail brands that rank highest in positive sentiment. Instead of supply chain digitisation, high-ranking luxury brands depend on data analytics to better understand their customers and market scarcity and exclusivity. 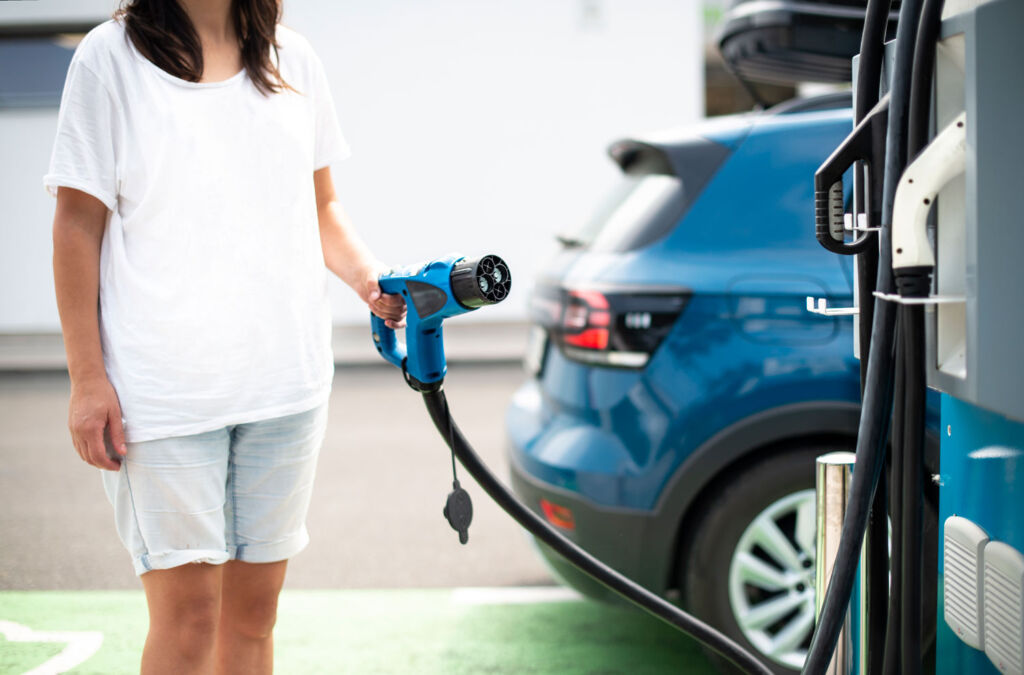 Automotive, final ranking
The Indicator ranks 19 top automakers based on $6.2 billion to $291.9 billion revenue and ranks against data from 2010 to 2020. It measures financial fundamentals, investors’ expectations of future growth, business diversity, cash and debt, employee diversity, research and development, and early results of innovation efforts for the automotive industry.

Four traditional automakers — Toyota, BMW, Ford, and Hyundai — hold the second through fifth positions, but non-traditional automaker Tesla quickly captured the top spot. The research reveals that most traditional automakers, despite mechanical expertise, share conservative views and are relatively unsuited to address vehicle electrification, connectivity, and autonomous driving. During the chip shortage, they found themselves in uncharted territory. But the second-ranking automaker, Toyota, had prepared itself by stockpiling chips, and Toyota avoided the worst of the disruption and reclaimed the title of world’s largest automaker.

The real sector star is Tesla. During the chip shortage, Tesla’s expertise in programming allowed it to rewrite its firmware, continue production, and sell a record number of vehicles. By definition, Tesla was future-ready before they ever built their first car.

Two Chinese EV-only automakers, BYD and NIO, share their origins with Tesla in software. Yet NIO did not even appear on the list until 2019, and as recently as 2016, BYD ranked 18th. Their 2021 rankings –13th for NIO and 14th for BYD – suggest that these two companies are poised to survive future crises and achieve continuous growth.