Gina Soden is the Patrón Tequila UK Artist of the Year at the Rise Art Prize, Lebohang Kganye from Johannesburg, South Africa announced as the winner of global art prize

The Rise Art Prize put together an expert judging panel which included luminaries such as David Bailey OBE, Harland Miller, Ben Eine, Gavin Turk and Fiona Banner who together, chose Gina Soden as the UK Artist of the Year based on her ‘creative excellence, original ideas and technical skill.

Her photographic depiction of an abandoned asylum entitled ‘Klinik’ helped her scoop the coveted prize, in addition to the Photography category award. Gina’s guerrilla-style photography sees her shoot in some of Europe’s most intriguing abandoned locations. Described as “an exquisite observer of beautiful decay” by the judges, Gina’s award was presented on the night by Young British Artist Gavin Turk.

The inaugural Rise Art Prize, which culminated in an awards ceremony at House of Vans, London, last night, was launched by curated online art gallery Rise Art in October 2017, to unearth the most exciting contemporary artists from around the world and provide a platform for artists to gain industry recognition and boost their career.

In its debut year, the Rise Art Prize reviewed over 16,000 artists with 2,300 entries whittled down to just 25 finalists from the UK, Europe, Africa and the Middle East, the Americas and Australasia. 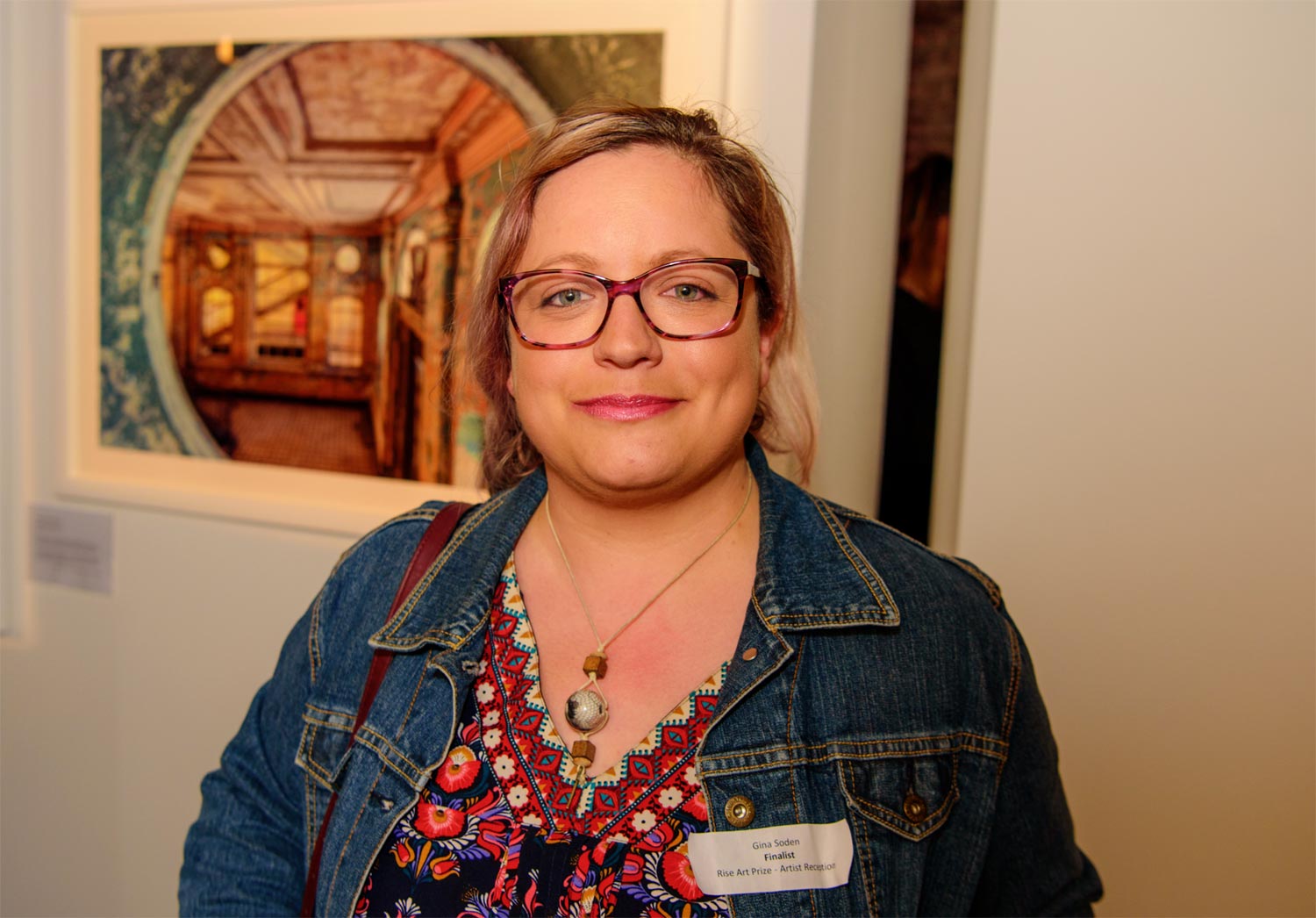 The UK Artist of the Year, Gina Soden, comments: “Completely overwhelmed and so happy that I’ve won not one prize but two, I can’t believe it. The quality of the artwork from all the other artists was superb, and it feels even more special because the calibre of the judges was so high. I’m also very happy because Klinik is one of my personal favourite pieces and holds a very special place in my heart. There are a lot of memories associated with creating this piece.”

Lebohang Kganye, from Johannesburg, South Africa, won the ‘Global Artist of the Year Award’ based on her ‘creative excellence, original ideas and technical skill. Her complex exploration of family history depicted through silhouette style photography was described as “a poetic manipulation” by the judges.

Lebohang will receive a £10,000 cash prize, as well as business and financial mentorship from industry experts, a short biopic around their practice, and marketing and exhibition opportunities through Rise Art.

Meanwhile, in the young artist’s category, which featured artists under the age of 18, the UK Young Artist of the Year prize was awarded to Eleanor Denton, aged 16, for a “technically impressive and emotionally moving” self-portrait.

All successful finalists will feature in a public exhibition on display at House of Vans until the 25th February 2018 and will have their work available for sale through Rise Art.

Individual category winners for different mediums, including Street Art, Painting, Drawing, Screen Printing, Photography and Sculpture, were awarded, with panel judges taking the lead on the decision process for their respective field of expertise.

Acclaimed graffiti artist Ben Eine led the Street Art category, commenting: “I am a huge fan of new platforms for raising awareness around art and creativity. There is so much incredible talent around the world and it’s amazing to see that weeded out and for these artists to have an opportunity to showcase and promote their work and practice. I am lucky that I am at the point that the world is my stage, but it is not easy for young artists to get there.”

Gavin Turk comments: “I know how difficult it can be to make a career in the art world – it’s a highly competitive industry, with constant cuts to arts funding. The Rise Art Prize is a much-needed platform for raising the profile of artists and art within the media.”

Three artists were also invited to create site-specific installations at the venue as part of the exhibition. These ones to watch from Rise Art are neon artist Lauren Baker, street artist Marc Craig who created a live mural, and Ant Hamlyn who exhibited the Boost Project, an inflatable orb that expands when tweeted.

Speaking on the winning artists, founder of Rise Art Scott Phillips commented: “In a world where discovering, appreciating and owning art is becoming ever more accessible thanks to the digital revolution, it is important to be able to harness and showcase artists, both new and established, and give them the right platform to be seen. The talent that has come up through the Rise Art Prize is unprecedented and we’re delighted to be able to offer recognition, not just to UK-based artists, but on a global scale.”

“We had an incredible roster of industry heavyweights on board to choose their winning artists, which is a testament to the work we’ve been doing to help unearth the most exciting creative talent from across the globe.”

Rise Art is a curated online gallery with a range of services designed to help get people discovering, owning, loving, buying and feeling connected to art. It also offers a try-before-you-buy service whereby customers can road-test artworks at home or in the office before committing to buying them.

To view the full list of winners and find out more visit www.riseart.com

The global judges for the Rise Art Prize are as follows: