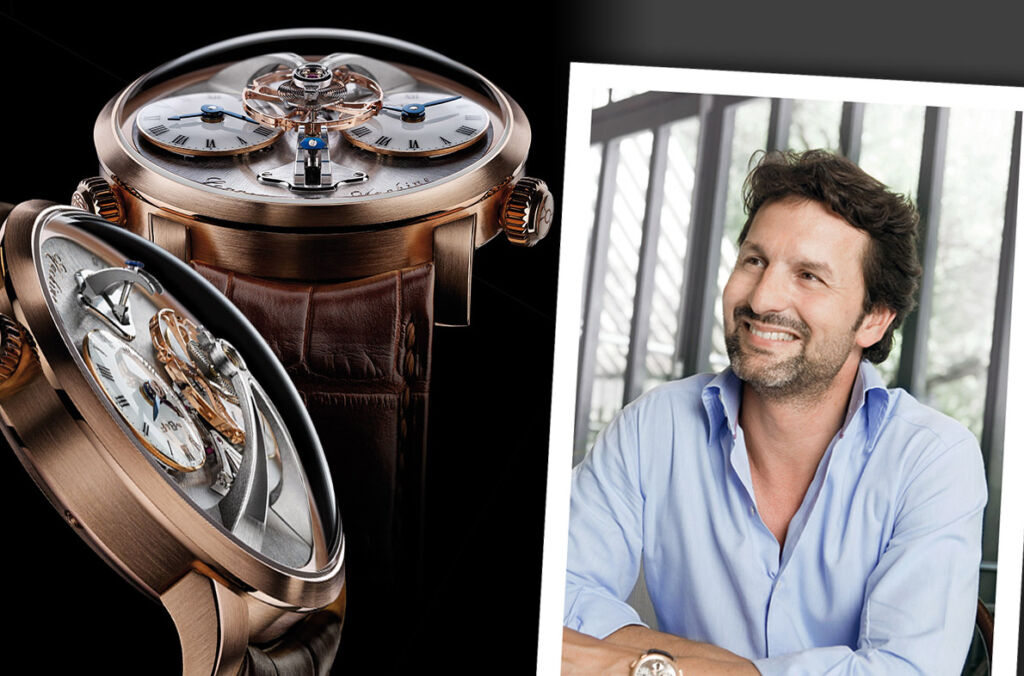 Paul Godbold, the founder of Luxurious Magazine talks to horological visionary and founder of MB&F, Maximilian Busser about his past, the present and what his future goals are.

Looking at the life of Maximilian Busser of MB&F and his career to date, it becomes evident that MB&F is a natural progression for his innate entrepreneurial spirit.

Graduating in Lausanne with a Masters degree in Micro-Technology Engineering, Maximilian Busser’s love for high-end horology was strongly imprinted by his first employer, Jaeger-LeCoultre. He spent seven years in their senior management team during an exciting period of change and growth. In 1998 he was appointed the managing director of Harry Winston Rare Timepieces – he was just 31.

During his seven years there he transformed the company into a well-respected Haute Horlogerie brand. Working with talented independent watchmakers on the innovative and revolutionary Opus series of timepieces gave him greatest satisfaction and planted the seed for developing that concept further still. In 2005 the desire to allow his creativity and energy full reign saw Maximilian Büsser resign from Harry Winston to form his creative ideal: MB&F.

With his new company, Maximilian Büsser has full creative liberty to indulge in his passion for working with the most talented independent horological professionals. Together they are not simply pushing the limits of horology but creating a totally different dimension.

PG: Thank you, Maximilian, for taking some time out to answer a few questions. At what age did you become interested in design and what influenced you?
Maximilian Busser: You’ll probably not believe me when I say 5 years old! At that age, I could recognize every single car on the road – even the most exotic – and I knew their horsepower, top-speed, etc… Up to the age of 18, I was completely obsessed with becoming a car designer and spent my time drawing pictures of cars. I told everyone who was ready to listen that this was my calling.

Something happened during my five years at university where I was studying microtechnology engineering. I gradually lost interest in this car design dream… In fact, I was so unhappy with my studies, I lost virtually interest in everything – you could probably say I was more or less depressed. It was at this point I discovered horology and this became my life.

PG: Prior to this, was the world of horology an area you was interested in?
Maximilian Busser: To be honest, I didn’t pay much attention to horology until I was 22. During a university project, I interviewed the CEO’s of Jaeger-LeCoultre, Audemars Piguet and Breguet. We are talking 22 years ago now when these brands were virtual non-entities. What I discovered was men with such passion for what they were trying to keep alive that I got completely hooked. More on the human craftsmanship and creativity side than on the technique in fact.

PG: You’ve had an incredible career for someone still relatively young. Making the move to run your own company when you already had a dream job must have been a daunting move. Did it take long for you to make the decision? And, did you at any stage ask yourself ‘What have I done’ once you made the move from well-paid employee to business owner?
Maximilian Busser: At that time, Harry Winston was going from strength to strength and I should’ve been extremely happy. But, the bigger the company was becoming, and the more I was reaping the benefits (recognition, power, money), the less I enjoyed it. I just could not understand why.

Then one day late in 2001 my father passed away. That caused me to have a major rethink; “was I actually proud of my life?” Everyone was proud of me, but, I had the feeling that if I were to be run over by a bus tomorrow, I would not have accomplished something which made me proud. I understood most of that feeling came from the fact that I was always thinking of what clients would want, and of how to grow the company. I realised that if I were the owner, I would do neither!

So, I started dreaming of my ‘ideal company’, a company which would help to give a meaning to my life (at least on a professional level). It would have to be very small, less than 15 employees, because in small structures everyone works as if it is their company and the level of enthusiasm and energy is maximal. It would have to be centred on my own personal creative thoughts and never consider what clients would like or want. And finally, it would allow me to work only with people whom I respected and admired.

But, of course, all that was impossible… But, it became an obsession and I knew I just had to do it. Winston Churchill said about winning the Battle of Britain; “We did not know it was impossible, so we did it.” That is exactly what happened with MB&F. If I had asked anyone in the industry, they would’ve suggested I forget about it. But, it had become my obsession. I needed to do this. 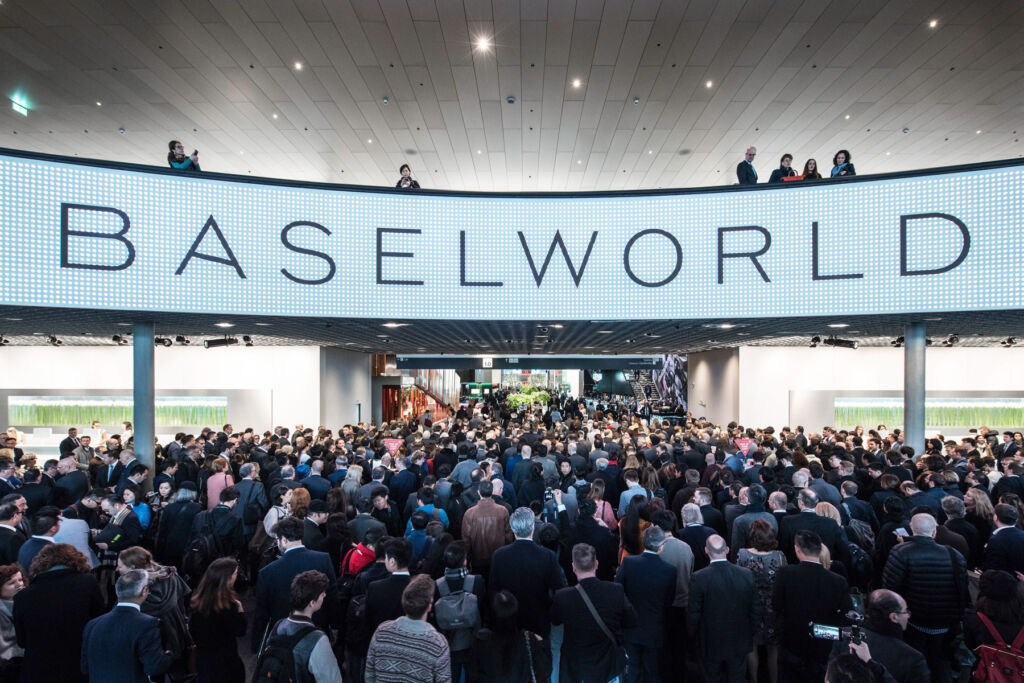 After Basel Fair 2005, I said to myself; ‘This is it”. I flew to New York for a board meeting and tendered my resignation to the disbelief and frustration of my Harry Winston CEO. Since then, I’ve never looked back, even though there was, of course, some very tough times. I believe it is the most important decision I have taken in my life and am genuinely a very happy man today.

PG: What was life like in the early days of MB&F, and did the established watch manufacturers welcome the Maximilian Busser / MB&F creative ideas and designs with open arms?
Maximilian Busser: The first year was bliss. Although I was working 16 hours a day, I couldn’t wipe the smile off my face. It was pure energy, pure creativity, pure craziness! 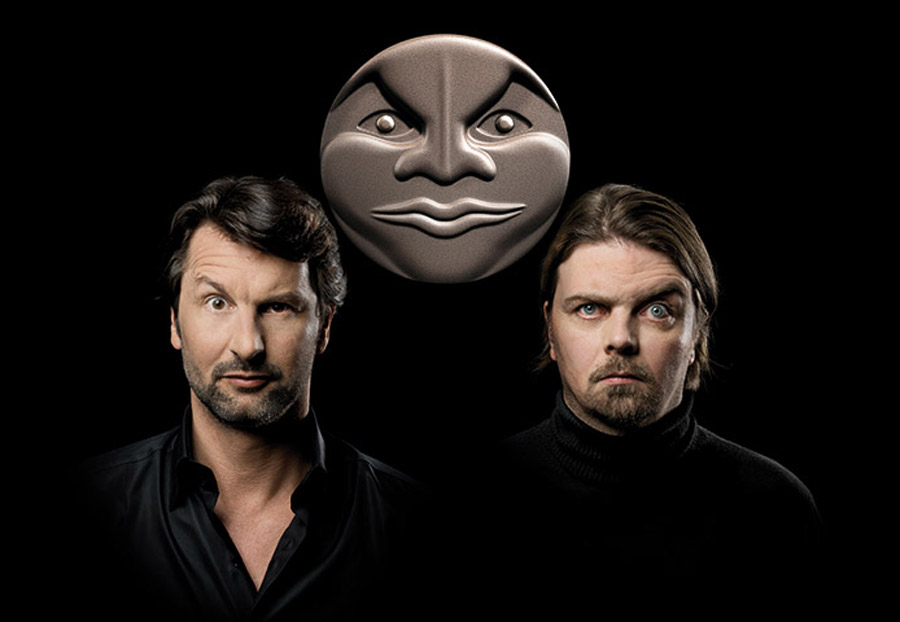 I don’t think the major watch brands paid any attention to my micro creative lab up till recently, and why should they? It is, after all, a very selfish creative process from a very small group of rebels enjoying themselves. MB&F is not a danger to horology, MB&F is not here to change horology. MB&F is just a pure raw unadulterated creative process.

VELVENOIR Founder Alexandra Schafer on How Art Can Transform a Space