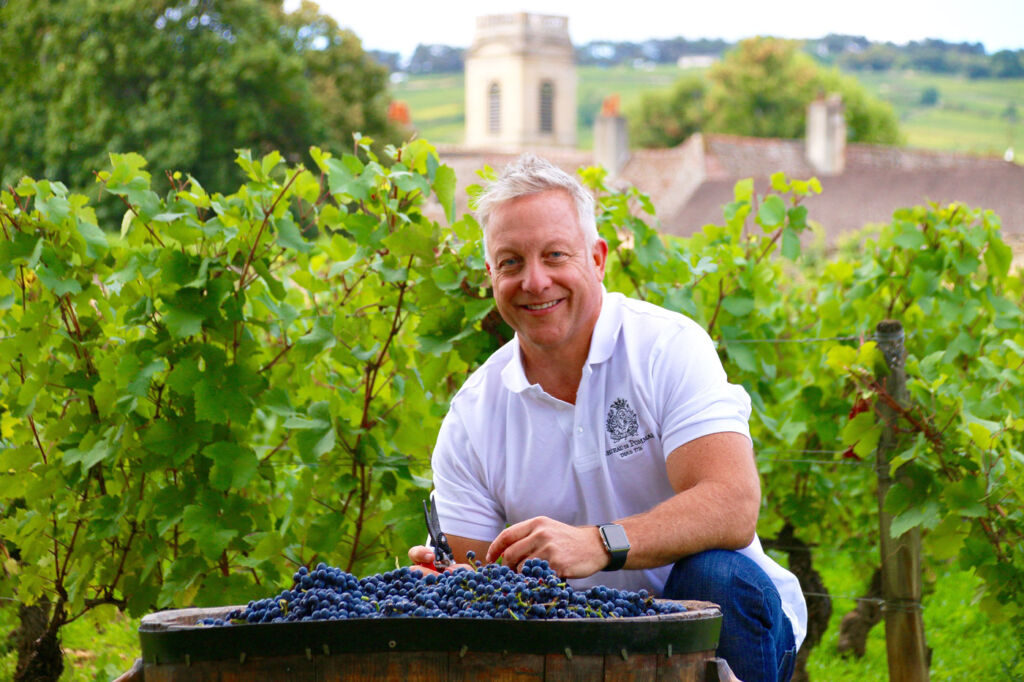 We speak to Michael Baum, the Silicon Valley entrepreneur and owner of the 300-year-old Burgundy winery, Château De Pommard. In this interview, we discuss all things wines and vineyards and the responsibility attached to such a prestigious wine-making area in the Côte de Beaune region.

It could be argued that Château De Pommard is regarded as one of the most notable jewels of French heritage. It was built by a Paris lawyer and secretary to King Louis XV in 1726. Today, it has been transformed from its original form and is an amalgamation of two château buildings. In addition, it has a rare 49.4 acre-walled single vineyard.

LM: Tell us, Michael, how did your journey with wine begin?
MB: It began over 25 years ago when I first travelled to France for my honeymoon and discovered my love for French wines. This is when I started to really consider getting professionally more involved with the world of wine. Fast forward twenty years, after a career of launching companies in Silicon Valley, the opportunity of a lifetime arose in 2014, leading to the purchase of the historic 18th-century estate, Château de Pommard.

LM: What is it about Bourgogne wine that makes it so unique from other wine regions?
MB: Burgundy is magical. When you arrive here, you feel like you’ve stepped back in time 300 years. The landscape, the people and the wines are all so authentic, unspoiled in fact. Thousands of years of winemaking know-how, unique terroir and the right cool to moderate continental climate makes Burgundy the benchmark for great wines.

LM: Why and when did you decide to purchase Château de Pommard?
MB: In 2014, I was living with my family in Paris, taking a much-needed hiatus from Silicon Valley. I had this dream of making wine in France for maybe ten years. When a friend of mine from Volnay told me the former family of the Château was thinking about selling, I met them and decided this was a chance of a lifetime. It wasn’t until six months later that I learned we were the first Americans to own a wine-producing Château in Burgundy.

LM: What makes Château de Pommard such a special place?
MB: Well, it all begins with the wines. The terroir here is like nothing else in Burgundy. In a monopole of 20 hectares, surrounded by a two-metre high stone wall, we have seven different soil types. This gives us the opportunity to produce wines from each of the seven plots and to use this proximity to teach the public about terroir-driven wines. Not just by saying it, but by having people experience it first-hand. This is one of the reasons we started a professional wine school. Our property is a living classroom.

LM: How difficult is it to own and run a vineyard like Château de Pommard?
MB: It’s very different from writing software, I can tell you that!  As if farming and wine production weren’t tough enough, we decided during 2014 to make the transition to biodynamic viticulture. Burgundy isn’t the easiest climate in which to farm naturally. We have quite a bit of rain and often very changeable weather. This can lead to problems in the vineyard. With conventional farming, we’d just spray chemicals on the vines to fight mould and mildew. With biodynamic agriculture, we use only natural remedies to empower the vines to defend themselves. This takes time. It means we have to be one step ahead of what Mother Nature throws at us.