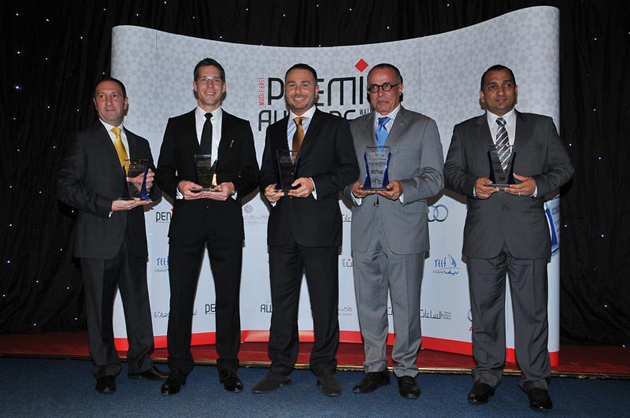 At the Dubai Culture Patrons of the Arts Awards 2012 ceremony, held in the grand auditorium in the Jumeirah Zabeel Saray Palace, Montegrappa was last week honoured with the Sheikh Mohammed Bin Rashid Al Maktoum award in recognition of the valuable contributions towards the development of arts in Dubai in 2011. 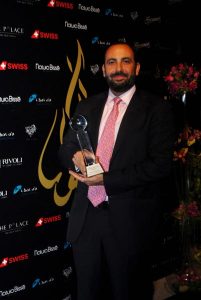 This award was given in recognition of the contribution towards literary development of the youth of Dubai, through the sponsorship and involvement with the 2011 Student Writing Competition, which was part of the Emirates Airlines Festival of Literature. The Student Writing competition attracted thousands of entries both in English and Arabic in various age groups from 11 years old to over 18 year olds in full time education. The entries were shortlisted by a panel of judges, and the winning entries were presented with the Paulo Coelho limited edition writing instruments of Montegrappa and accompanied by hand written notes of congratulations from Paulo Coelho himself. Montegrappa, Paulo Coelho and the judges, were proud to be part of this activity, and were impressed with the writing quality and creativity of the young writers in the UAE in both English and Arabic.

The Dubai Culture and Arts Authority, under the Patronage of His Highness, Sheikh Mohammed bin Rashid Al Maktoum, UAE Vice President, Prime Minister, and Ruler of Dubai, is a part of the Government of Dubai, and plays a critical part in achieving the vision of the Dubai Strategic Plan 2015, to establish Dubai as a vibrant, global Arabian metropolis that shapes culture and arts in the region and the world.

This prestigious award is Montegrappa’s ‘hat trick’ being the 3rd major award achievement in 2011 in the Middle East region.

In November 2011, at the Middle East Premier Awards for Watches, Jewellery and Pens, now in its seventh consecutive year and dubbed as the ‘Industry Oscars’, Montegrappa received the award for best modern and contemporary pen for the Tribute to Muhammad Ali Limited Edition pen. This glittering ceremony took place on the inaugural night of Jewellery Arabia 2011 at the Al Ghazal Ballroom of the Ritz Carlton Hotel in Bahrain and was accompanied by a gala dinner attended by a distinguished cross section of over 300 invitation-only and high profile guests.

Just a few days later, in Dubai, in the gardens of the Palace Hotel overlooking the spectacular fountains under the Burj Khalifa, the world’s tallest building, Montegrappa was awarded yet another prestigious award, the Gulf Connoisseur award for best pen for the Frank Sinatra Limited Edition pen. Montegrappa won this award in the category of Pens and Accessories which was highly contended this year with nominations including the Montblanc Carlo Collodi Writers Edition pen, and the ST Dupont Hope collection. Gulf Connoisseur, now in its ninth year is a platform to celebrate the ultimate achievements in luxury, recognising initiatives for innovation and exceptional product launches and is about congratulating the key players in the luxury spectrum, who have taken the extra step to represent the highest form of craftsmanship and excellence in service offering, differentiating themselves from their peers.

‘We are proud to receive this series of awards for our innovative and exciting activities and launches in 2011, and in particular to receive recognition for our wonderful writing instruments, as well as our involvement with local cultural development’, said Sany Nahhas of Montegrappa Middle East. ‘As a company who makes works of arts derived from a rich cultural heritage, it is also our responsibility to promote artistic and cultural development in this important part of the world where our products and philosophy are appreciated and respected. We will continue to work closely with these initiatives and hope to win more awards for our own outstanding works of art in the coming years.’