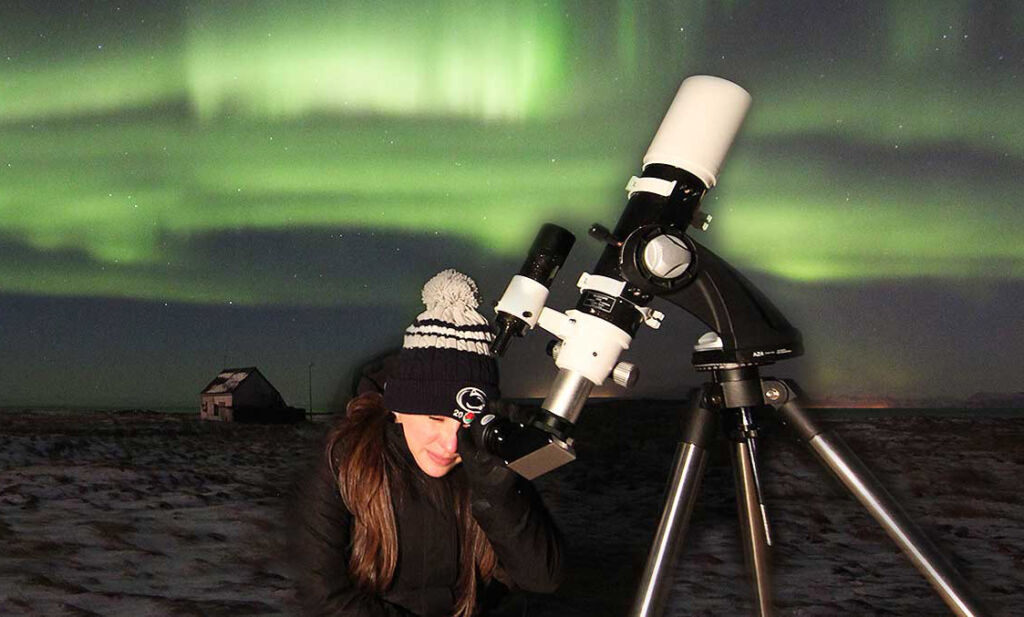 Simon Wittenberg, ventures into complete darkness in Iceland to witness the Northern Lights, one of nature’s most spectacular light shows, ticking off another “must do” off his bucket list.

Courtesy of Luxurious Magazine, my bucket list is slowly getting smaller as the years have gone by – I’ve flown on a private jet, sailed on a superyacht, driven a Ferrari and been on safari in Africa, but seeing the Northern Lights was still a major tick that was missing. It’s something that a lot of people talk about wanting to do, and the same went for yours truly.

There are several places in the world where you can see the Aurora Borealis, which include Canada, the USA, Russia, Scandinavia, and even Scotland. In simple terms, the Northern Lights are the result of charged particles from the sun becoming trapped in the Earth’s magnetic field, and the Lights are happening all the time, but are not always visible to the naked eye. Their intensity depends on the activity of the sun, and the speed of the particles as they head towards our planet. 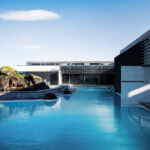 Recommended reading: Read Simon’s review of the Silica Hotel and Iceland’s Blue Lagoon. In this travel feature, Simon experiences some Icelandic luxury and dips his toes into the world-renowned thermal hot springs. More.

In terms of the key ingredients for what you need to see them, a clear sky or light cloud is a must and no light pollution from man-made objects. Predicting the intensity of the Northern Lights a few days in advance is notoriously difficult.

The Kp-index, which has a scale of 0 to 9, measures the disturbance of the Earth’s magnetic field caused by the solar wind, but is not a description of how intense the spectacle will be, contrary to the belief of many. Also, the lower the Kp-index, the lower the Northern Lights will appear above the horizon. Even when the forecast is a 9, there is still no guarantee of seeing them, and it’s also very rare that you get the all singing and dancing show that many websites readily portray. 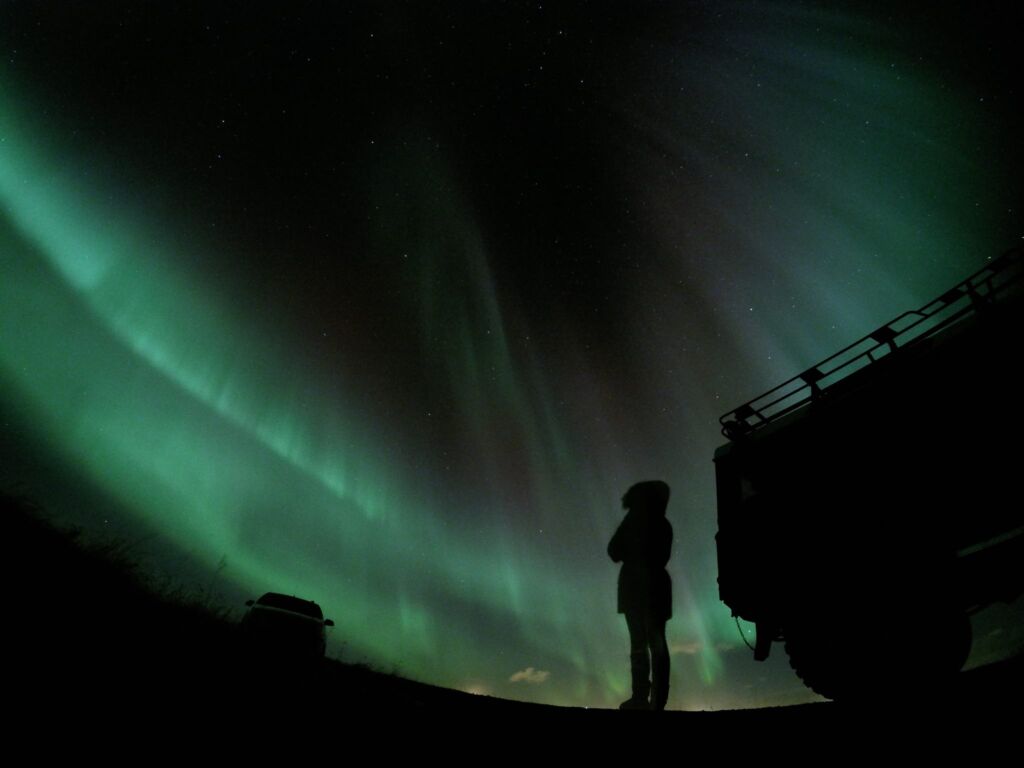 Reykjavik is touted as one of the best places to see this natural phenomenon in Iceland, with the months of September to April generally giving the highest chances. One of the most highly rated tour operators to go and see the Northern Lights is Happyworld. Their philosophy is a “Small Group and Big Experience”, and will only take a couple of off-roaders out (a Nissan Patrol or Land Rover Defender) with a total of 14 people at a time, meaning a ratio of seven guests to one host. Therefore, there will be no big coaches or minibuses in sight or highly impersonal service.

The other benefits of their five-hour “Northern Lights & Stargazing excursion”, costing ISK 22,900 (around £140) per person, is that they will take photos of you with the Lights, provide on-site refreshments and give you a crash course in astronomy courtesy of their powerful telescope. Making the call as to whether the tour is on or not, is left until around 6 pm, a couple of hours before guests are collected. Therefore, it’s important to remain flexible during your stay and to not make too many evening plans, so as to maximise your chances of being available.

Another great thing about Happyworld’s tours is that if you don’t see the show for any reason, you can join another tour at no extra cost. 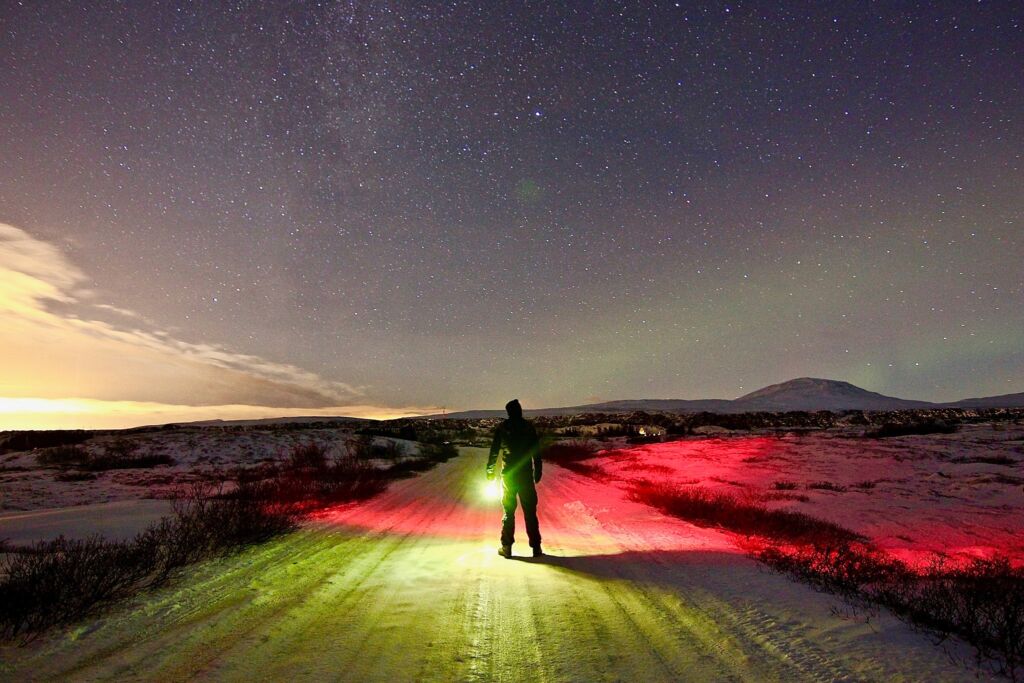 We were fortunate enough to get a clear sky for our first evening in Iceland, and we got the e-mail from Happyworld’s Co-Founder, Anita, at 18:45 to let us know that we would be joining the tour that night. We later found out that this was the first one for two and a half weeks, meaning that we had arrived in Iceland at just the right time.

The tour operator’s website makes it quite clear to dress warmly and to “layer up like a Viking”, so that you can easily control your body temperature. Being out in the open countryside, the mercury is in negative territory, so we took this advice on board many weeks in advance to ensure that we were dressed suitably from head to toe.

After being collected from our Reykjavik hotel, we joined up with the second 4×4 at the newly-opened Perlan – Wonders of Iceland museum, one of the highest points in the city, where the decision was made as to the best location to see the “show”. 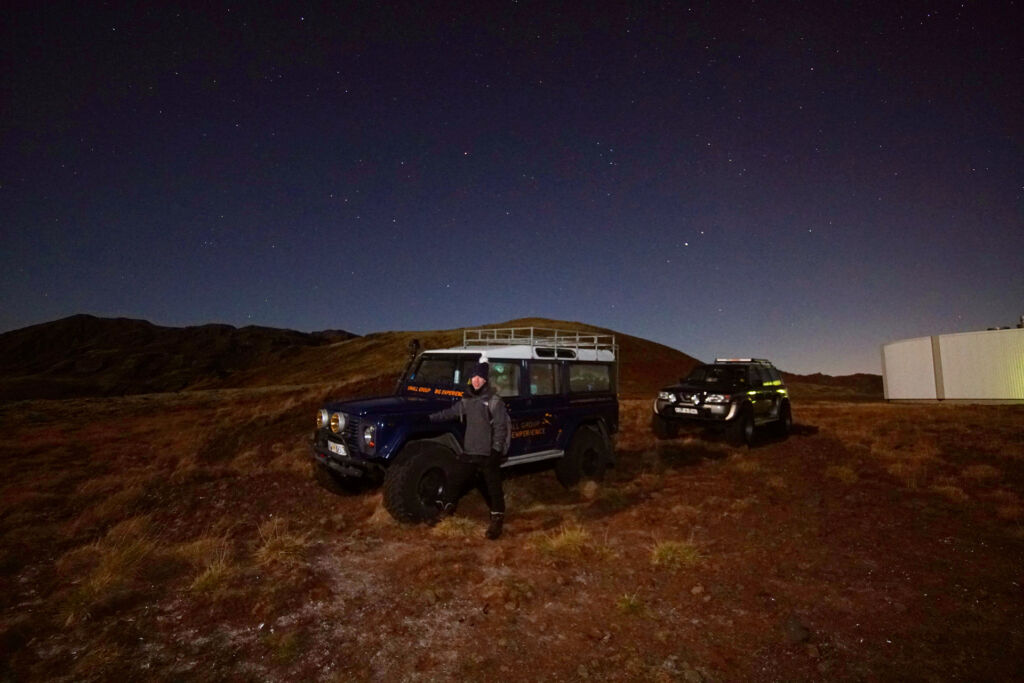 Our destination was around 40 minutes away via a former and pitch-black service road for a geothermal pipeline. During the journey with little or no heating (to be able to better acclimatise to being out in the cold), the vital rules of Northern Lights hunting were explained.

These were namely that any smartphones should be put on the lowest light setting, and ideally not used, and only the red light of the guides should be used during the tour, minimising the chances of any self-inflicted light pollution. Our host also explained that it’s important to “go with no expectation and full of hope”, which is what we duly did.