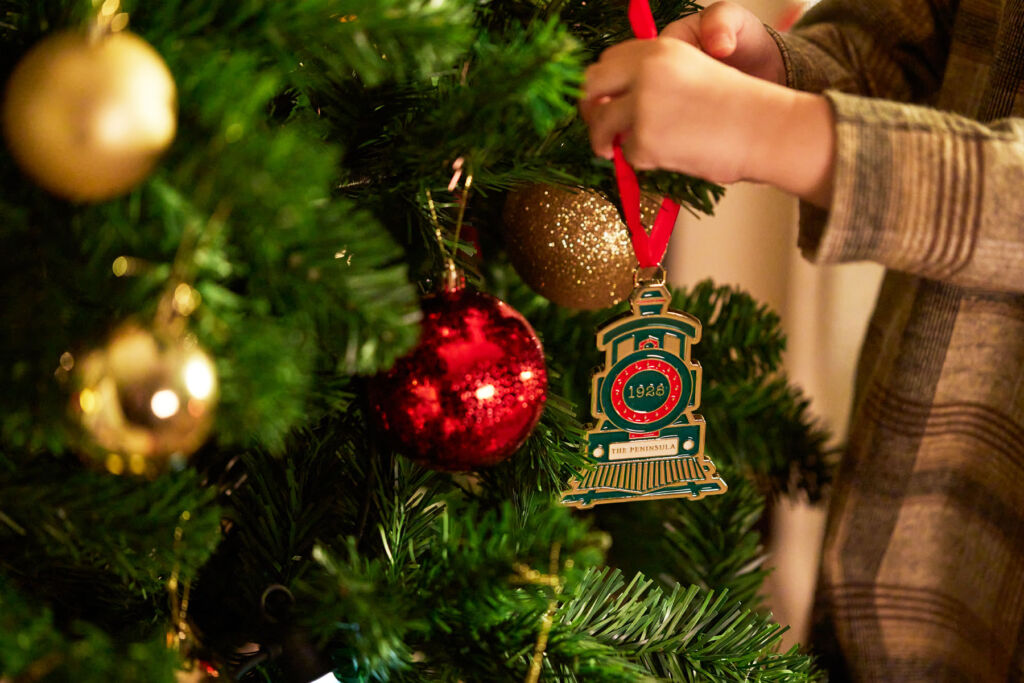 For decades, travellers worldwide have made special visits to The Peninsula Hong Kong during the winter holidays. As these guests have discovered, the legendary hotel takes exceptional delight in providing magical and unforgettable festive season experiences and in this feature, we will look at some of them.

This year, The Peninsula Hong Kong pays homage to the countless holiday guests who have arrived at its grand entrance after long journeys. A spectacular railway-themed musical extravaganza marked the beginning of the festive celebrations on the magical evening of 24 November in the majestic hotel lobby, culminating in the lighting of the enormous Christmas tree. 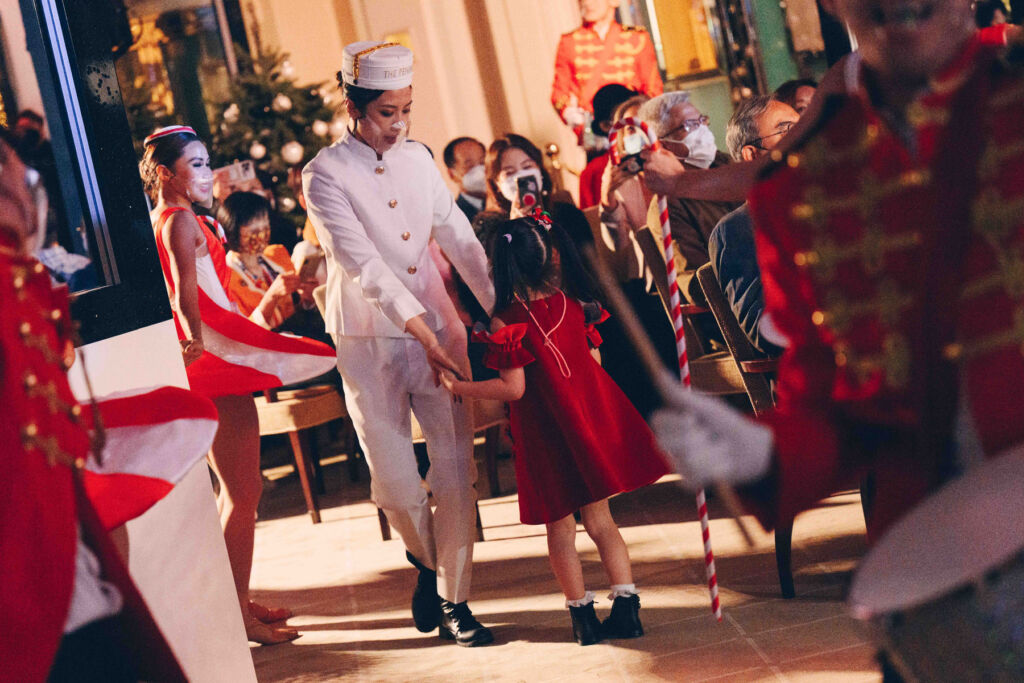 Offering a profusion of meals and opportunities to share gifts with loved ones and the larger community, the hotel invites guests to enjoy a unique voyage of holiday enchantment. 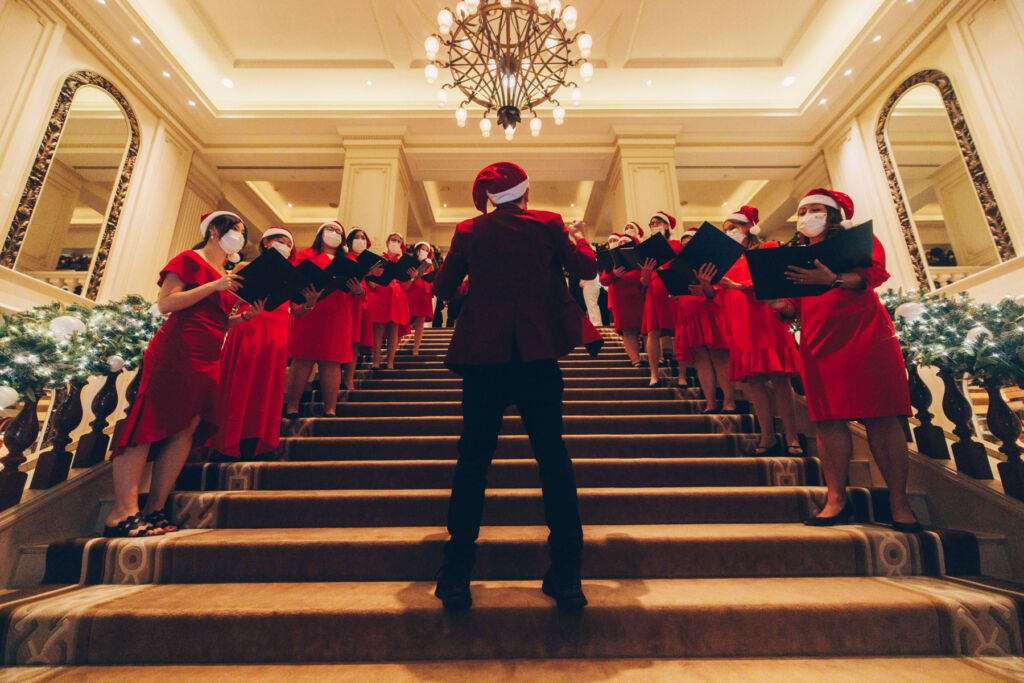 Festive Past, Present and Future
Inspired by the love for travel, The Peninsula Hong Kong is transformed into a mesmerising winter wonderland, showcasing the “Festive Past”, “Festive Present”, and “Festive Future” to bring joy and hope during the holiday season. 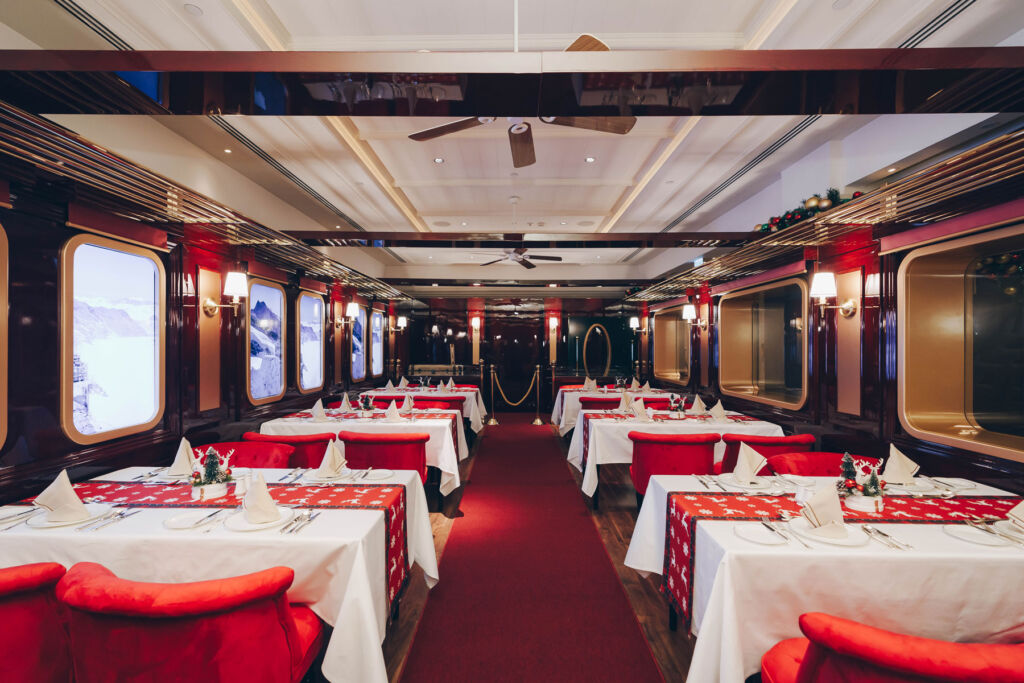 Inspired by the yesteryears of steaming locomotives and nostalgic train station, The Peninsula Express and the Grand Salisbury Station on the hotel’s first floor will transport guests to the golden age of railway travel, while the glowing pearl installations on the hotel’s façade and around the property illuminate the hotel and the “Pearl of the Orient”. Revel in the festive experience at the Grande Dame, the city’s iconic landmark, this holiday season. 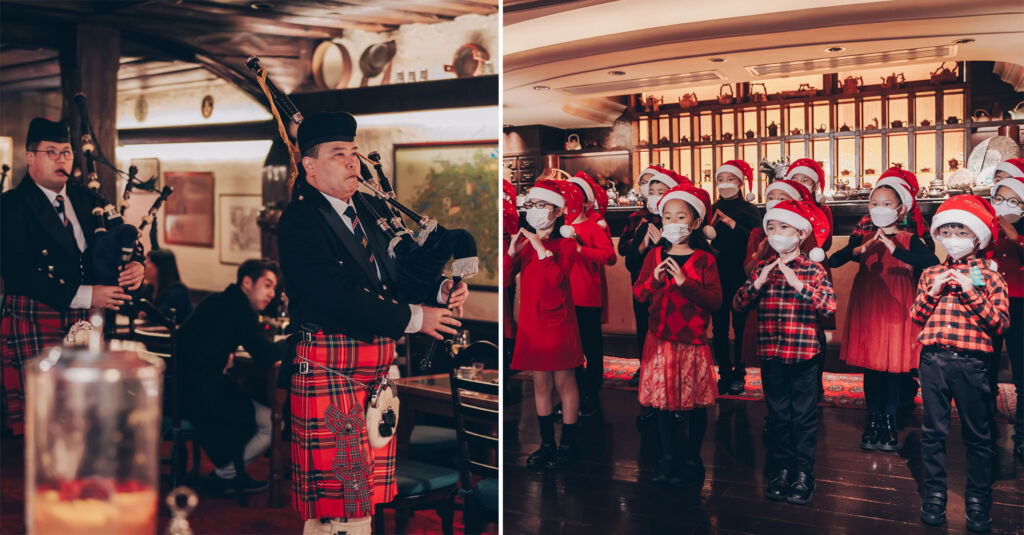 A Spectacular Railway-Themed Holiday Musical
On 24 November 2022, The Peninsula played host to a spectacular holiday performance at the hotel’s lobby which marked a joyful beginning to the festive season. Over 200 guests took on a musical journey through the “Festive Past”, “Festive Future” to “Festive Present”, featuring classic festive tunes and lively rendition of this year’s themed story: “The Peninsula Express – An Enchanting Festive Voyage”. 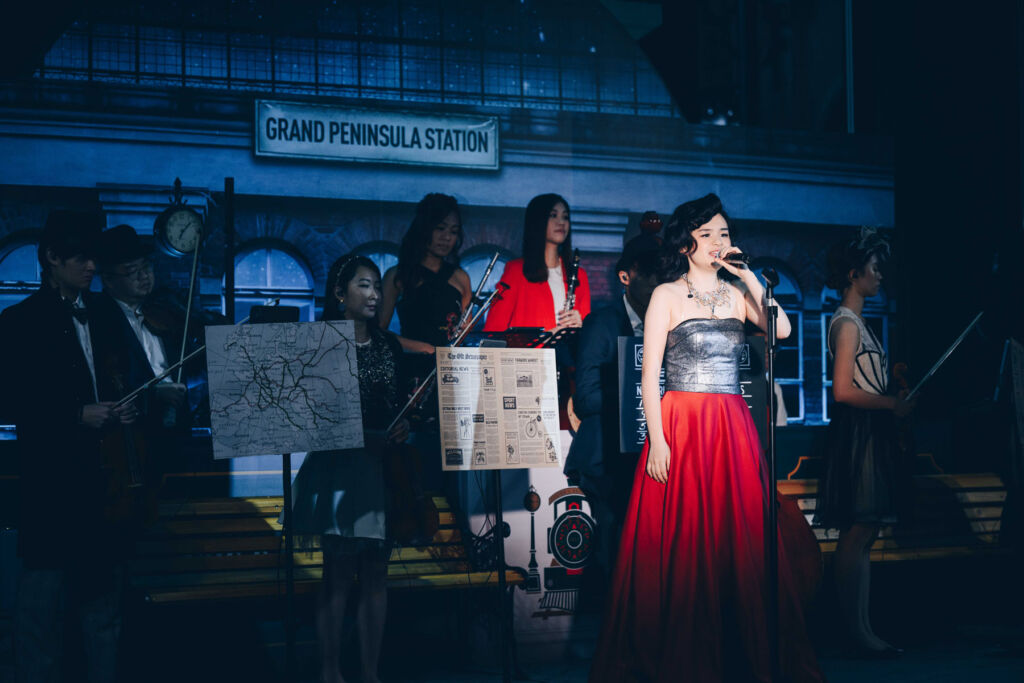 The vocal performance by guest singer Michelle Siu, a visually impaired soprano, along with the sign language performance by the hotel’s iconic Pages, captured the guests’ hearts. 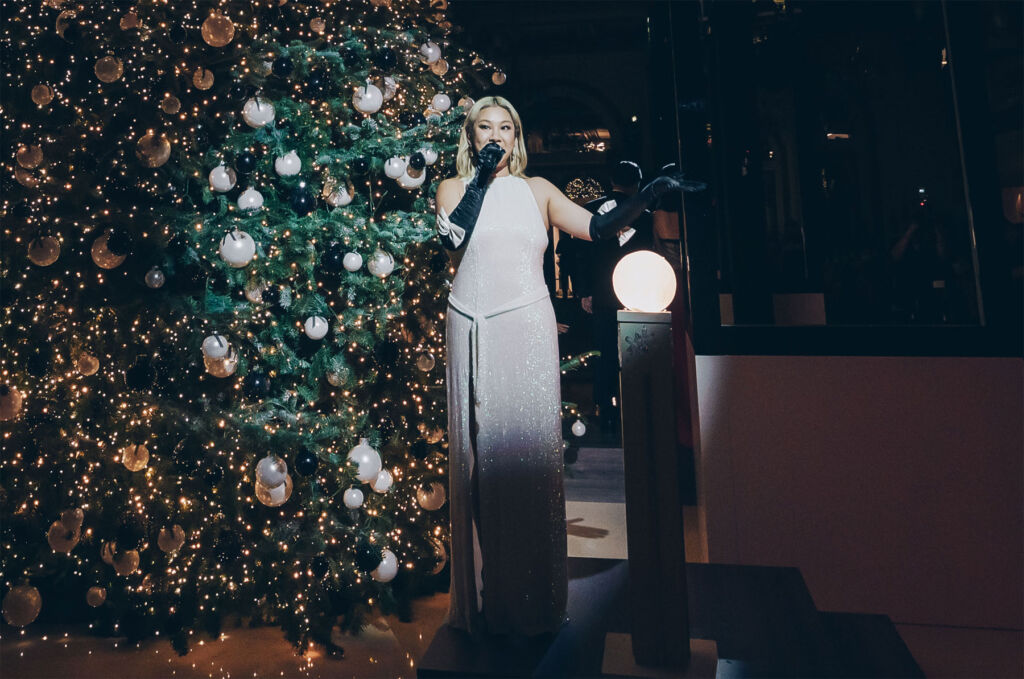 The highlight of the evening was a special appearance by Hong Kong-based celebrity singer Joyce Cheng, wrapping up the performance with notable festive songs. 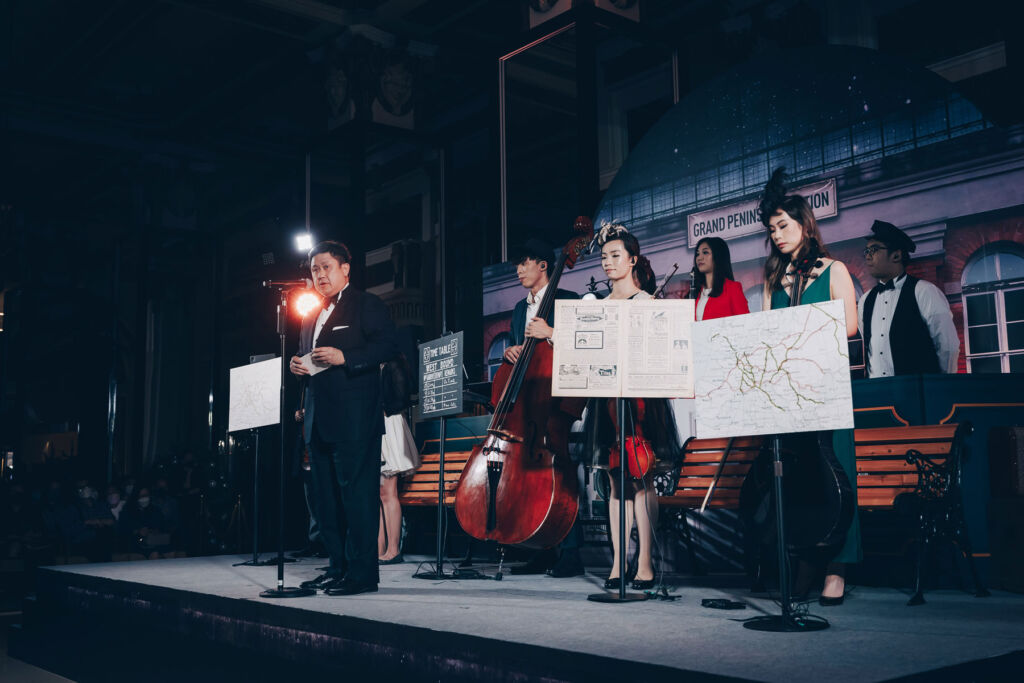 The Peninsula Hotels’ Group Executive Chef Florian Trento also presented The Peninsula’s festive tradition, flambé on Christmas pudding, to bring all attendees to the next highlight of the night.

To celebrate the spirit of giving and the magic of the season, part of the event proceeds will benefit ImpactHK, a local charity that supports the homeless and underprivileged in Hong Kong. 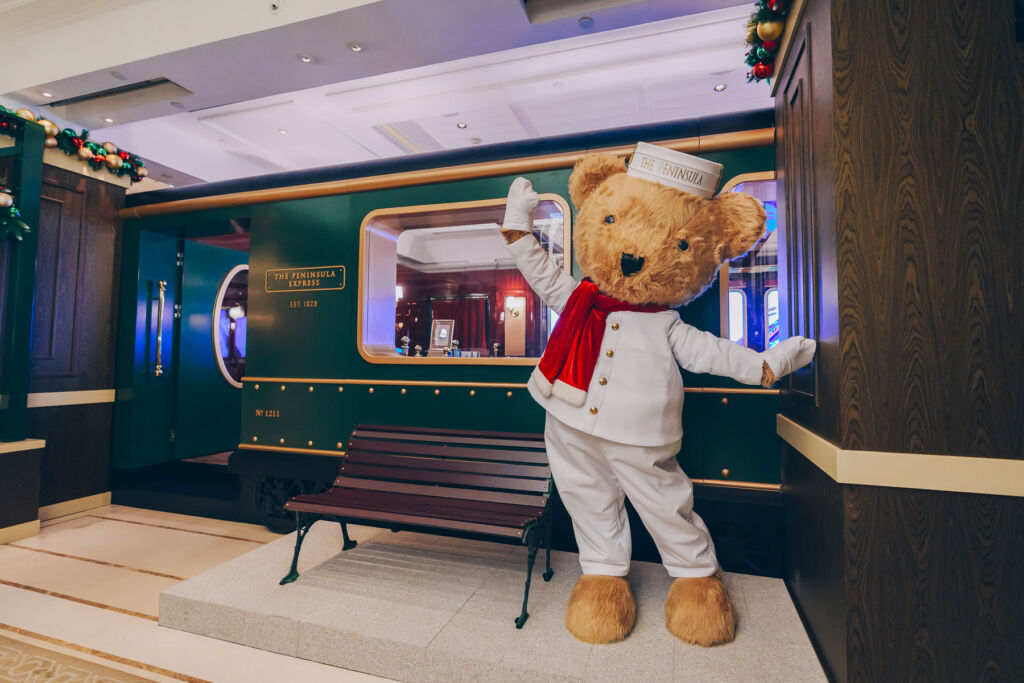 Festive Voyages Aboard The Peninsula Express
In 1928, The Peninsula Hong Kong first opened its doors to welcome Christmas-season guests – many of whom had arrived after long train journeys. Now, the hotel honours that history, and the enchantment of holiday travel, by recreating itself as a grand vintage train station. Here, guests will be transported back to the golden era of steam locomotives and exciting rail voyages. 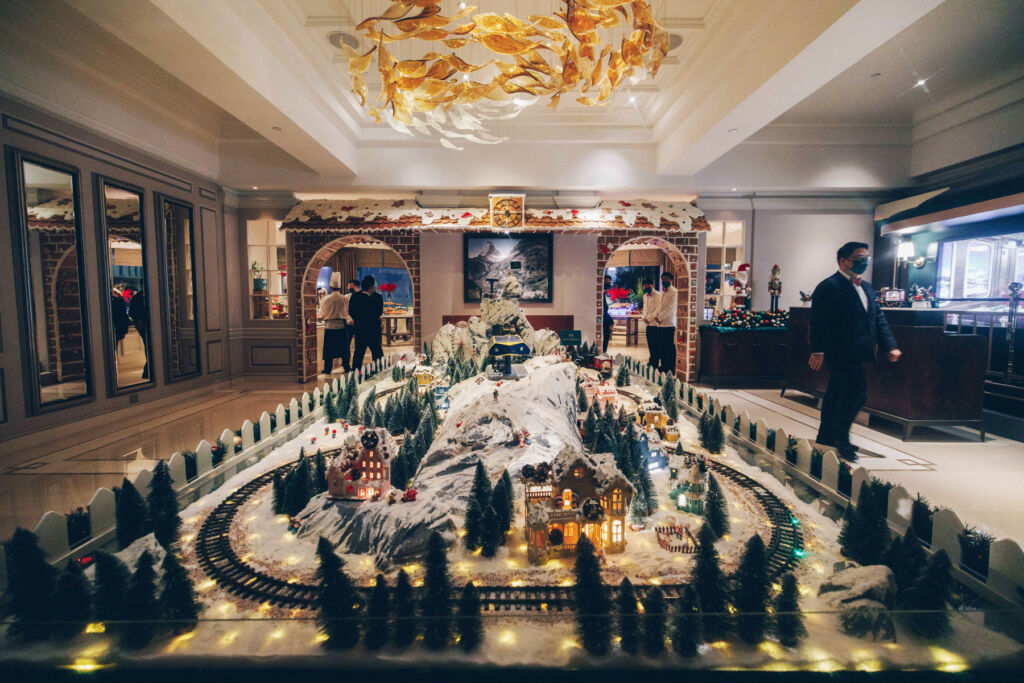 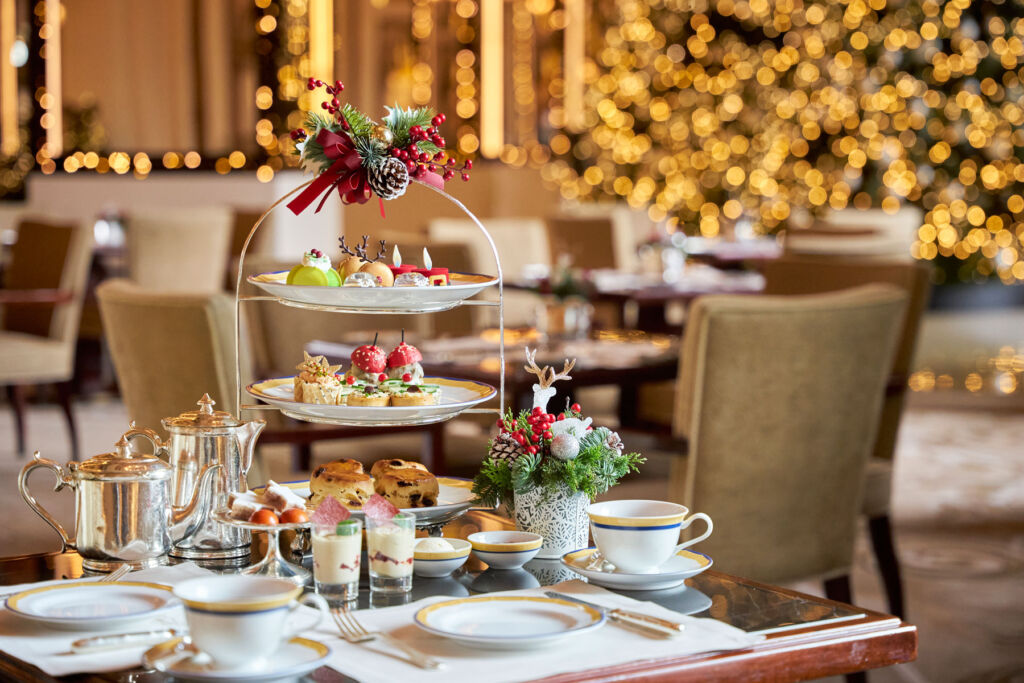 Delightful Dining – and Giving
In celebration of the season, a magnificent festive “Teas of Hope” Afternoon Tea will be offered to holiday guests at The Lobby, featuring a menu of special treats. Sweets, curated by the hotel’s Executive Pastry Chef Florian Couteau, will include a chocolate mulled-wine Yule log, blackcurrant cinnamon macarons, a ginger-honey candle cake, assorted Christmas cookies and chocolate bonbons, and traditional scones with clotted cream and jam.

Savouries, created by The Lobby’s Chef de Cuisine Anton Ho, will include salmon rillettes in cornets, duck confit and potato tartlets, and foie gras with smoked eel and beetroot chips. Available from 25 November to 16 December 2022 and 27 to 30 December 2022, each “Teas of Hope” Afternoon Tea is priced at HK$ 488* per person and HK$ 888* for two. For each afternoon tea sold, US$5 will be donated to ImpactHK.

Fabulous Festive Menus
There is a wealth of epicurean delights awaiting holiday diners at The Peninsula Hong Kong, ranging from Michelin-starred French and Cantonese cuisine at Gaddi’s and Spring Moon, globally inspired dishes at The Lobby, lavish buffets at The Verandah, modern European fare at Felix, or a festive Swiss feast at Chesa. Please visit the official hotel website, peninsula.com, for more details.

Dining patrons can also enjoy the festive staycation at 40% off and embark on a delightful journey at the Grand Salisbury Station with the best photo spots not to be missed. 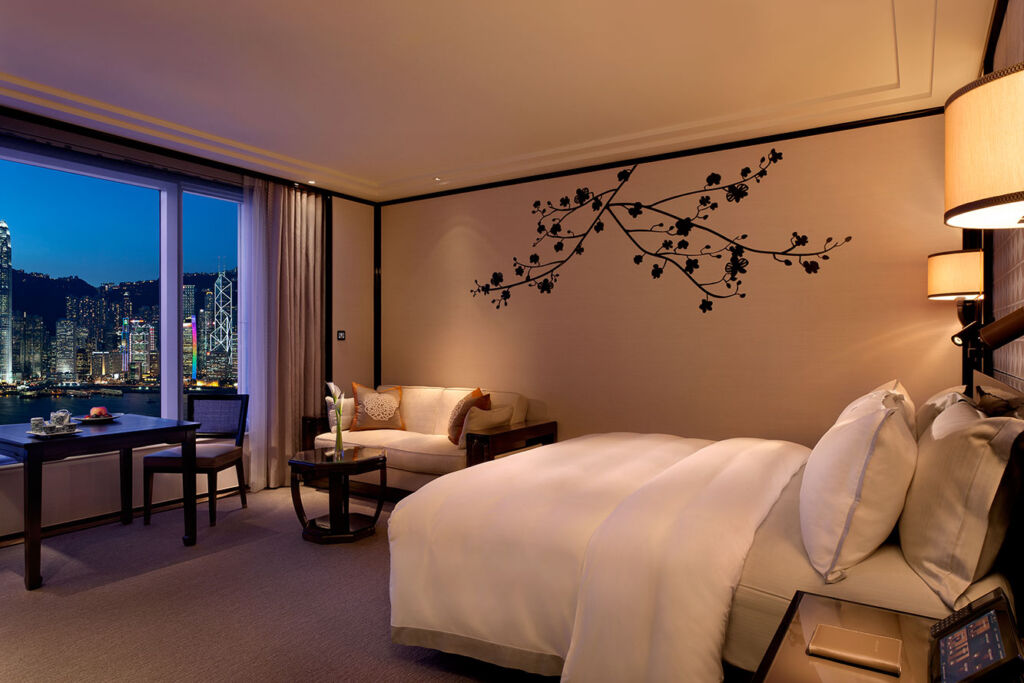 “Whimsical Festive Voyage” staycation
Celebrate the magical season with the Grande Dame’s “Whimsical Festive Voyage” staycation and be dazzled by the charisma of the “Pearl of the Orient” in the winter wonderland. Travel back in time to capture the nostalgic moments at the Grand Salisbury Station – a railway-themed festive installation located on the hotel’s first floor. Guests will take home an exclusive STAUB mini fondue set to make their own hearty Swiss fondue for a cosy winter soiree. 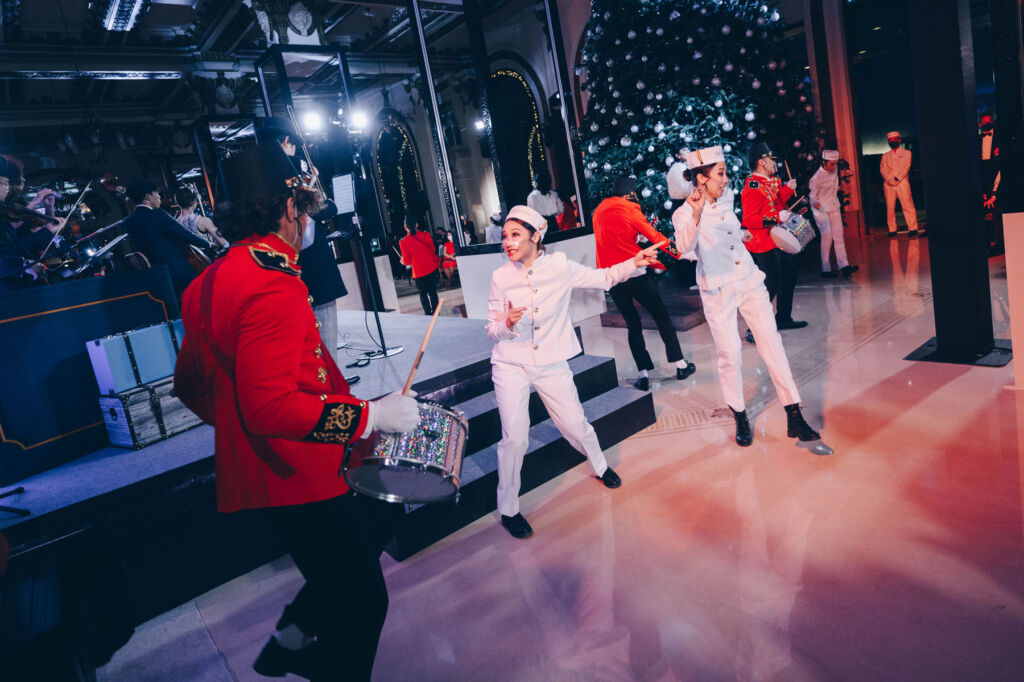