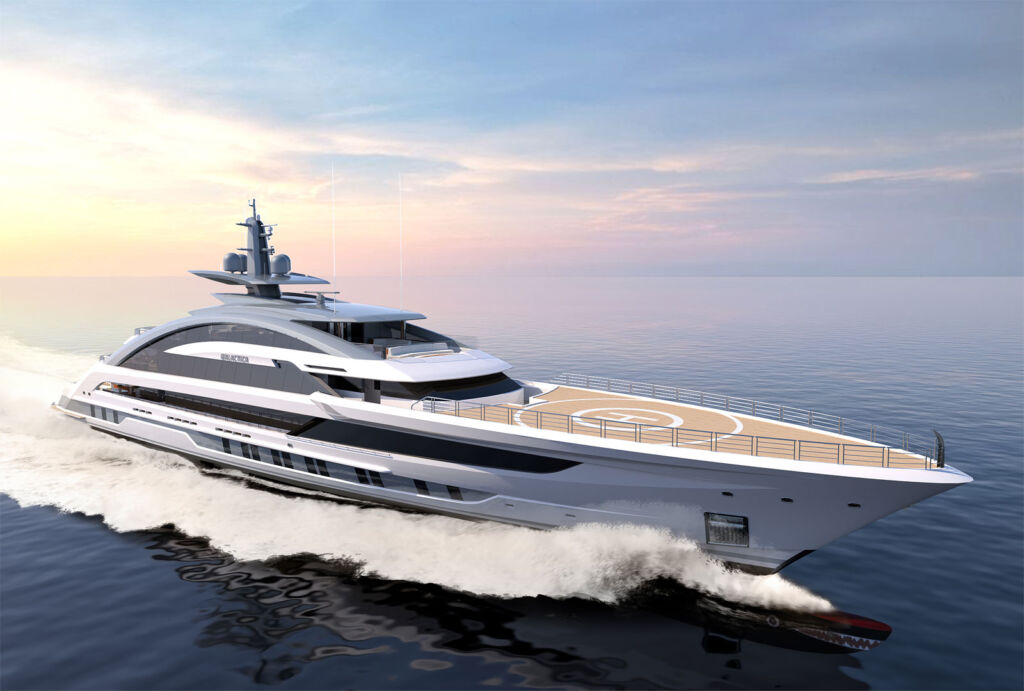 After personally attending the keel-laying ceremony at the Dutch shipyard in Oss two and a half years ago, Simon Wittenberg looks at another key milestone for Project Cosmos – the launch of the 80-metre superyacht into the water.

We were fortunate to attend the keel-laying ceremony of the 80-metre Project Cosmos (also known as YN 19480) in the Netherlands back in May 2019, which marked the start of construction of the largest and fastest all-aluminium superyacht ever built, thanks to a top speed of almost 30 knots. 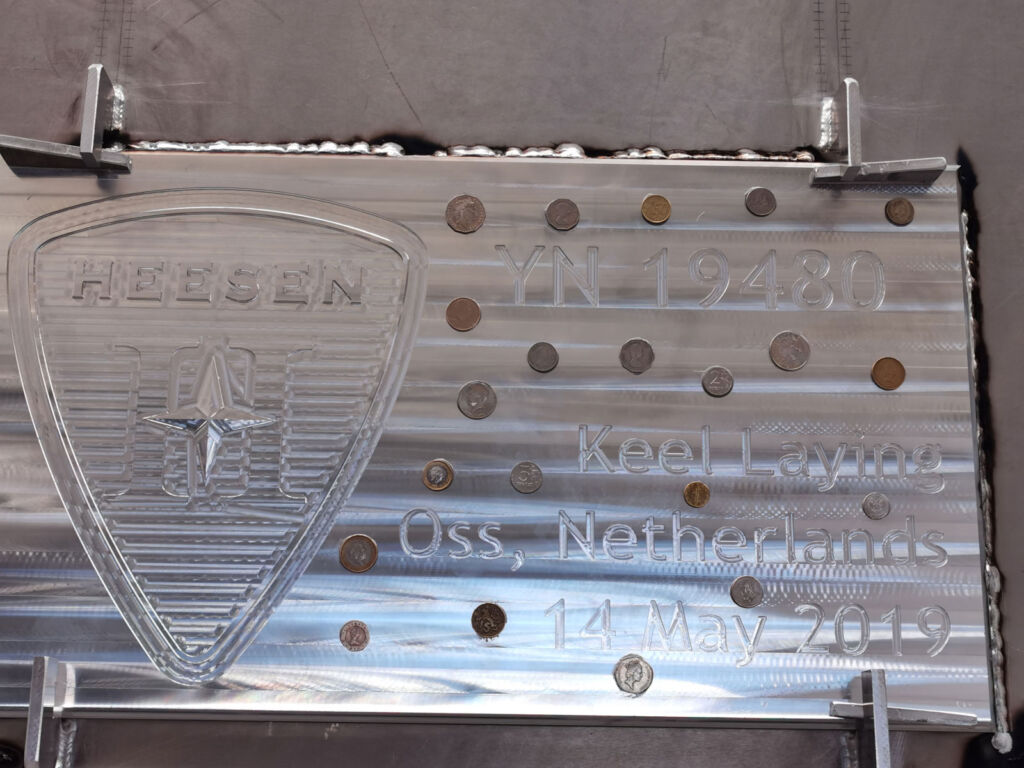 Fast forward two and half years, and the Heesen shipyard in Oss has just launched the vessel into the water for the first time, another significant milestone in the build, which was also on schedule despite the challenges posed by the pandemic. 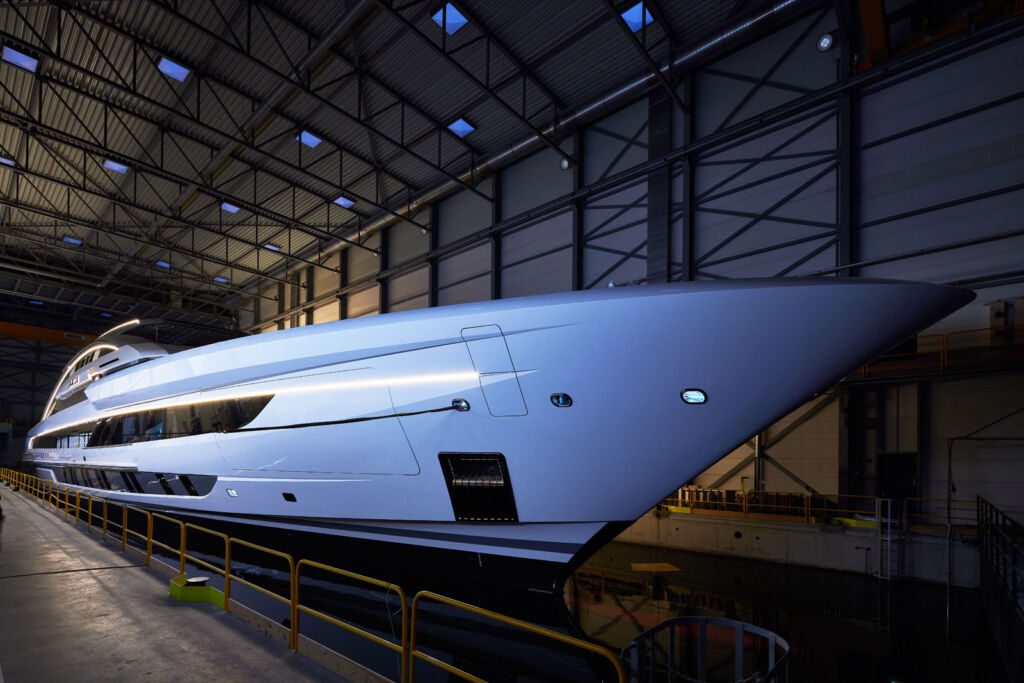 Arthur Brouwer, Heesen’s CEO, explained that Project Cosmos is the largest superyacht they had taken on to date and that it represents the pinnacle of the shipyard’s achievements. 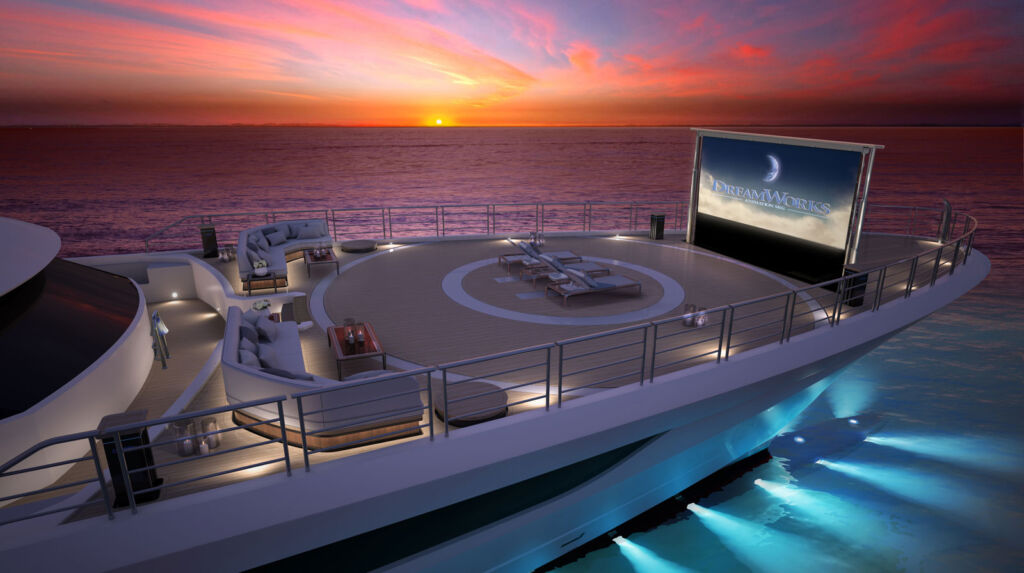 The exterior of Project Cosmos has been crafted by Winch Design, which boasts clean lines, a sporty silhouette and the extensive use of glass to create a timeless and dynamic profile. One of the standout features is the fully-rated helideck, which transforms into an open-air cinema.

The brief to Winch Design stressed that this superyacht needed to have a strong and unique signature whilst retaining the renowned Heesen DNA. The priority was to create a fast-looking yacht that sat elegantly on the water, a feat that has been cleverly achieved through the use of sculptural, curved forms and perfectly balanced proportions. 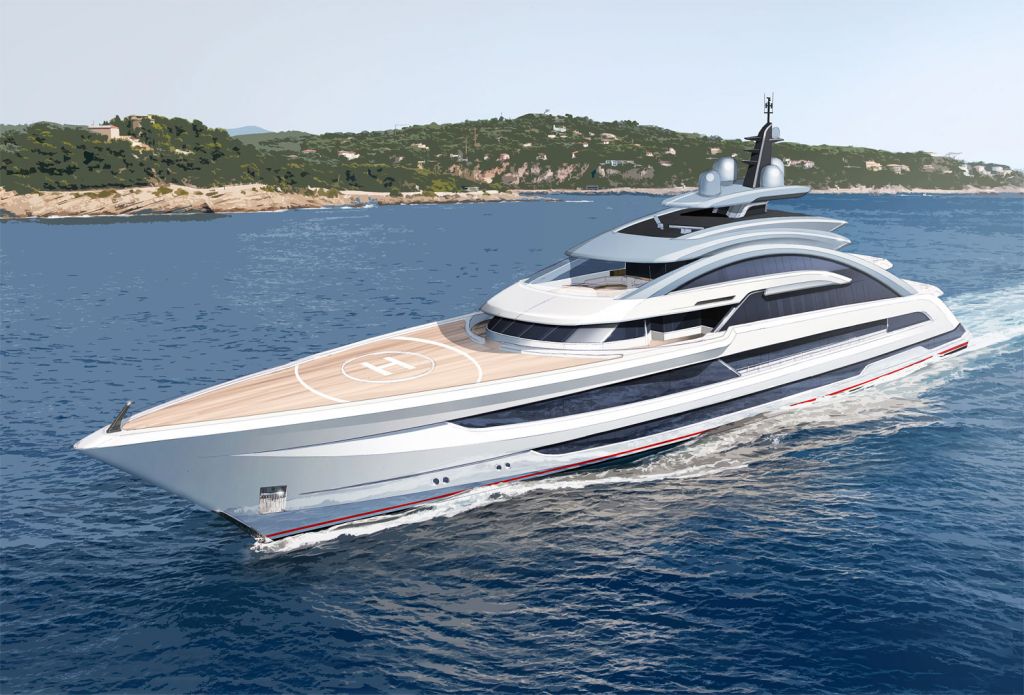 Sinot Yacht Architecture & Design is responsible for styling the beautiful cabins and the elegant interior that makes guests feel at home from the moment they come aboard. While the overall palette is neutral, blue hues have been incorporated into the design throughout Project Cosmos.

The piece de résistance is undoubtedly the beach club, with its side and stern platforms.

The backlit onyx bar with centrally positioned seating focuses on this ample and airy space near the water. With the size, weight and performance of Project Cosmos each critical to one another, Sinot worked closely with Heesen’s in-house engineers to ensure that their stringent weight calculations were always met.

Following her launch, Project Cosmos will remain at Heesen for commissioning before undergoing intense sea trials in the North Sea in February 2022, prior to the superyacht’s delivery two months later. She will be named “Galactica”, a moniker previously featured on other Heesen vessels, namely, Galactica Star (2019), Galactica Super Nova (2016) and Galactica Plus (2012).

Heesen Yachts’ Project Cosmos – Where and How?