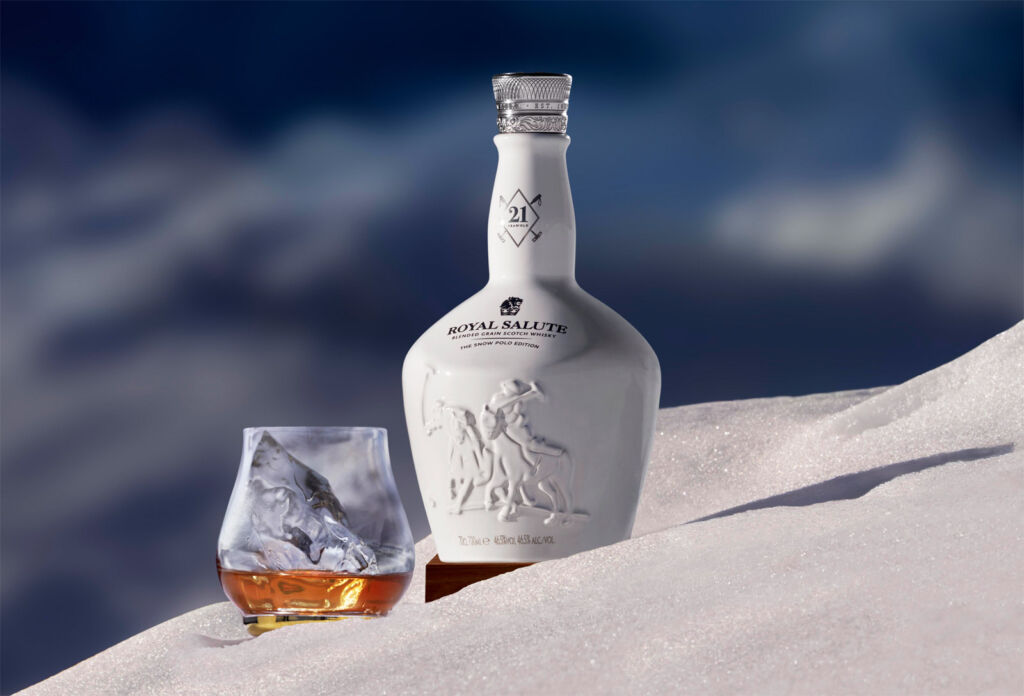 Royal Salute, the ‘King of Whisky’ has revealed its first-ever blended grain Scotch whisky, named the Snow Polo Edition. It’s the third expression of the Polo Collection, a range of limited edition 21 Year Old whiskies that celebrate the harmony between the Sport of Kings and exceptional Scotch whisky. The first was the sweet and fruity Polo Edition (unveiled in 2017), which was followed a year later by the smoky and maritime Beach Polo Edition.

Started 35 years ago on the frozen lakes of St Moritz, Switzerland, snow polo is now enjoyed around the globe from Aspen, in the USA to Cortina, Italy and Tianjin, China.

Playing in such unique locations requires heightened dexterity, courage and concentration from elite players, in addition to the core values of honour, integrity and respect, characteristics which all lie at the very heart of Royal Salute.

Drawing inspiration from the stunning wintery backdrops of the snow sport, the all-new limited-edition Scotch has been expertly developed by Royal Salute’s Master Blender, Sandy Hyslop. It has also been endorsed by former England Polo Team Captain and Royal Salute World Polo Ambassador, Malcolm Borwick, thereby paying the perfect tribute to the graceful spirit of the game and the beauty of the snow-capped mountains in the background.

The all-new Scotch is carefully crafted at a special strength, resulting in a higher ABV than all others whiskies in the Royal Salute collection. At 46.5%, it is fittingly the latitude coordinates of St Moritz – the birthplace of snow polo. The delightful blend is distinctively sweet and rich with elegantly layered flavours of vanilla and toffee, followed by a long, smooth finish, best enjoyed over fresh ice to release its depth of flavour.

Talking about the new expression, Royal Salute World Polo Ambassador, Malcolm Borwick, explained: “Snow polo is a spectator sport like no other, with each match delivering an undeniably thrilling atmosphere, set in the breath-taking scenery of immaculate snow-peaked mountains.

Royal Salute understands polo and the lifestyle it represents both on and off the field so well, it’s an honour to be able to help open up the world of polo through the Royal Salute Polo Collection and the global partnerships it has formed over the last ten years. With this collection, we’ve been unveiling a new facet of the polo world with each limited edition, and the Snow Polo Edition is one of our boldest yet.” 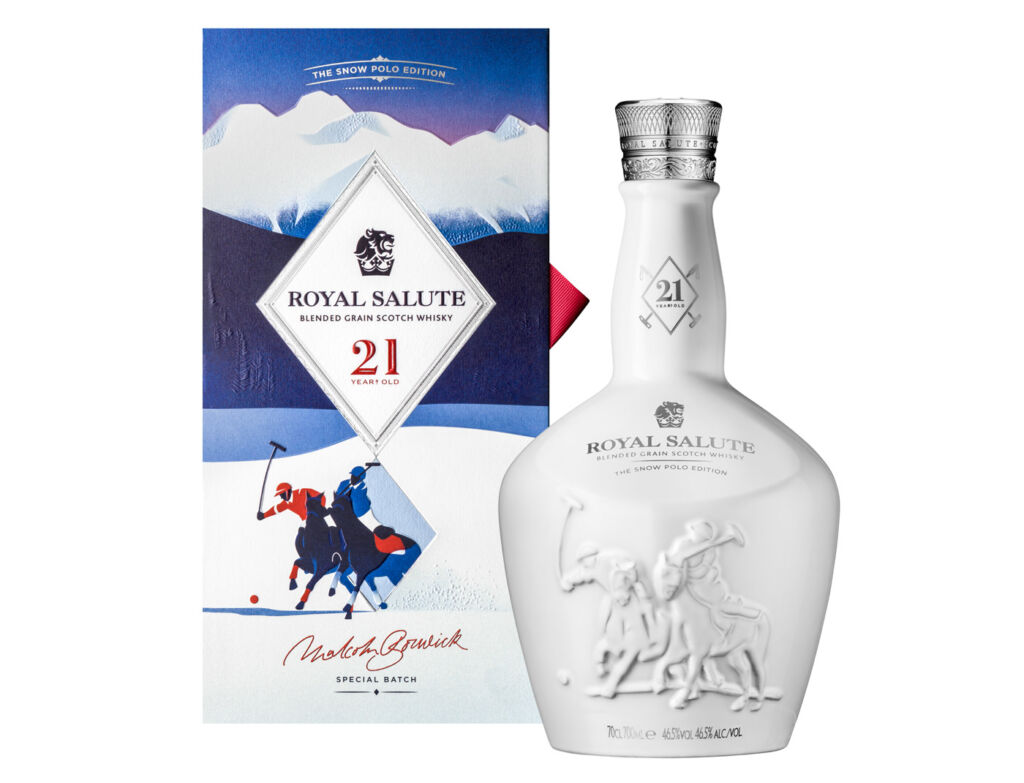 The Royal Salute 21 Year Old Snow Polo Edition is presented in a vibrant and stunning gift box inspired by vintage Alpine scenes, and once again features Malcolm Borwick’s signature red helmet. Inside, the liquid is elegantly housed in Royal Salute’s iconic porcelain flagon, freshly dressed in white and silver tones that evoke the style and grandeur of the winter sport.

It will be intriguing to see what Royal Salute commemorates for their next addition to the Polo Collection. Will it be Segway Polo, Bike Polo or even Arena Polo? We will just have to wait until 2020 to find out…

Royal Salute 21 Year Old Snow Polo Edition – Where and How?

Read about our trip to Rome with Royal Salute here and our interview with Mathieu Deslandes here.