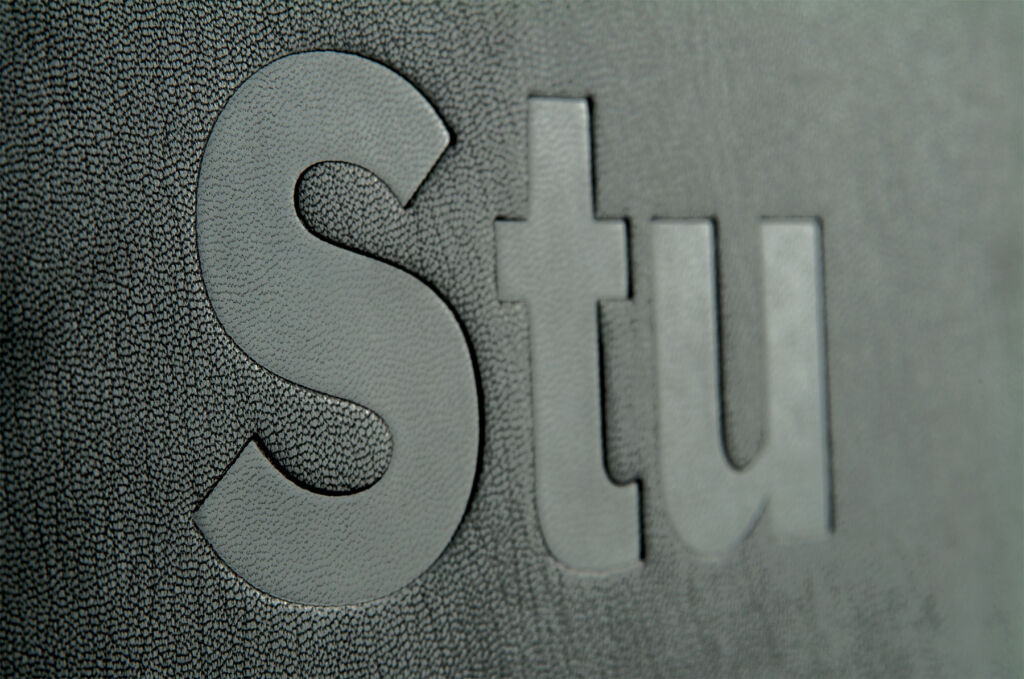 Any music fan worth their weight in salt knows the name the Rolling Stones; however, they are less likely to know of Ian Stewart, affectionally known as Stu. Ian Stewart was one of the founders of the Rolling Stones, and during his life, he inspired many of rock music’s greatest names. His impact on popular culture has now been chronicled in Stu, which forms part of a limited-edition collectors set from Out-Take.

The Rolling Stones is one of the best-known acts in music history, selling nigh on a quarter of a billion records and garnering the highest praise from Billboard, who ranked them second in the list of greatest artists of all time. For six decades, the band’s music has thrilled fans worldwide, and it shows no signs of faltering as in 2021, the band topped the list of highest-grossing tours. However, all these incredible achievements might not have been possible if it wasn’t for Ian ‘Stu’ Stewart.

About Ian ‘Stu’ Stewart
Ian Stewart was a co-founding member of the Rolling Stones and the band’s pianist, but to some, he was far more than just one of the band. When asked about him, Keith Richards said, “The Rolling Stones was Stu’s band. There’s not a night goes by that he’s not here.”

In addition to Stu’s skills in the rock genre, he was also an accomplished blues and jazz pianist who helped shape the sixties rhythm and blues scene in Southern Britain. During this time, he got to know Jeff Beck, Jimmy Page and Eric Clapton, who regarded Stu as their musical touchstone, an inspiration and a lifelong friend. In 1989, Ian Stewart was inducted posthumously as a member of the Rolling Stones into the Rock’n’Roll Hall of Fame. 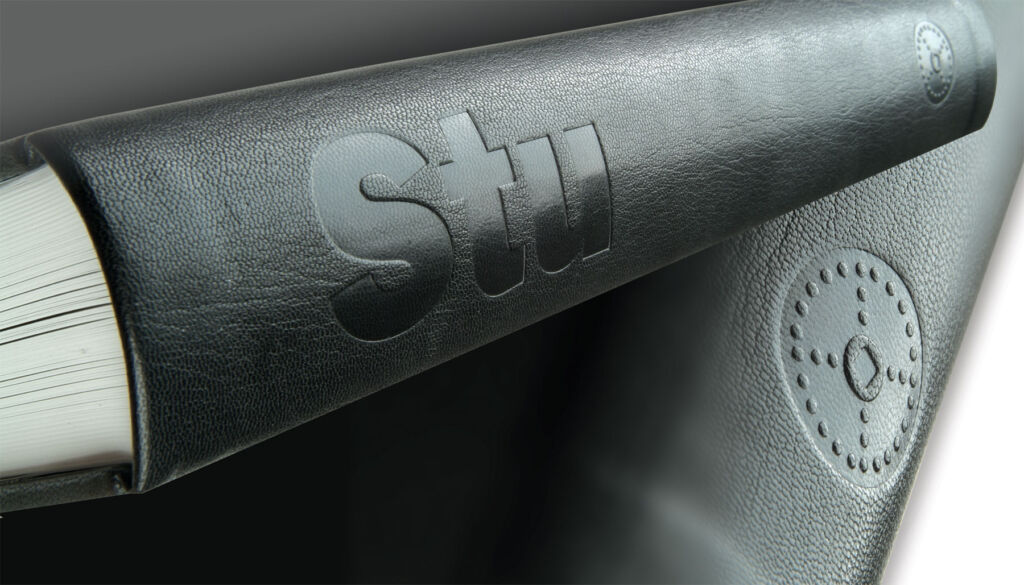 Something to behold
Rarely have I experienced something that produced an audible gasp from me. It happened recently when I held a copy of Stu, a huge leather-bound, limited edition book replete with a signed and numbered limited edition screen-print of Ian Stewart drawn by fellow bandmate Ronnie Wood.

Stu is unlike any other book I have encountered and is something that deserves to be treated with a degree of reverence. As hard as I try, I cannot recall seeing or touching another book with the same magnificence outside of a museum, historical library or a place of worship. 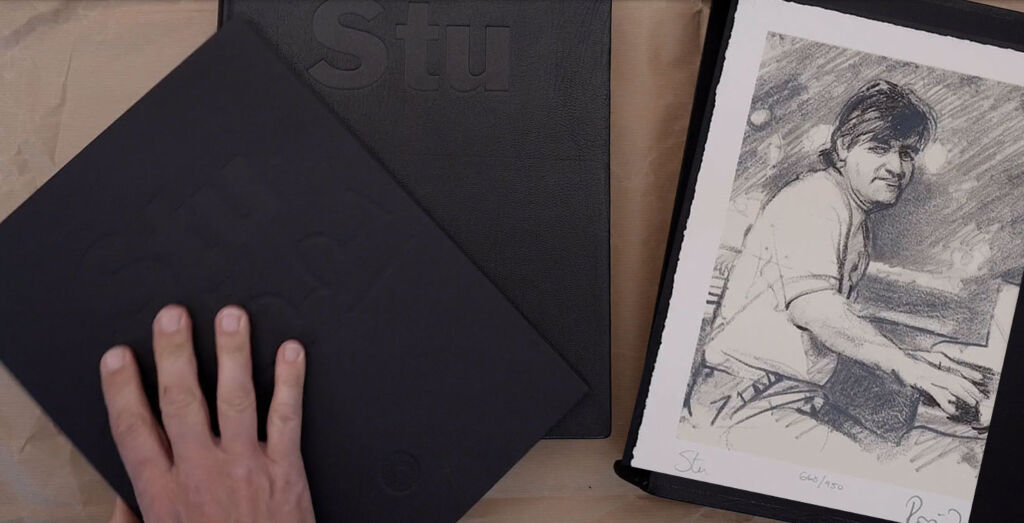 The Book and the Screen-print
As you can no doubt tell from my words, Stu is leaps and bounds ahead of other books. It comes as part of a boxed set and in addition to the beautifully crafted book is a limited edition screen print of Stu drawn by fellow bandmate Ronnie Wood. 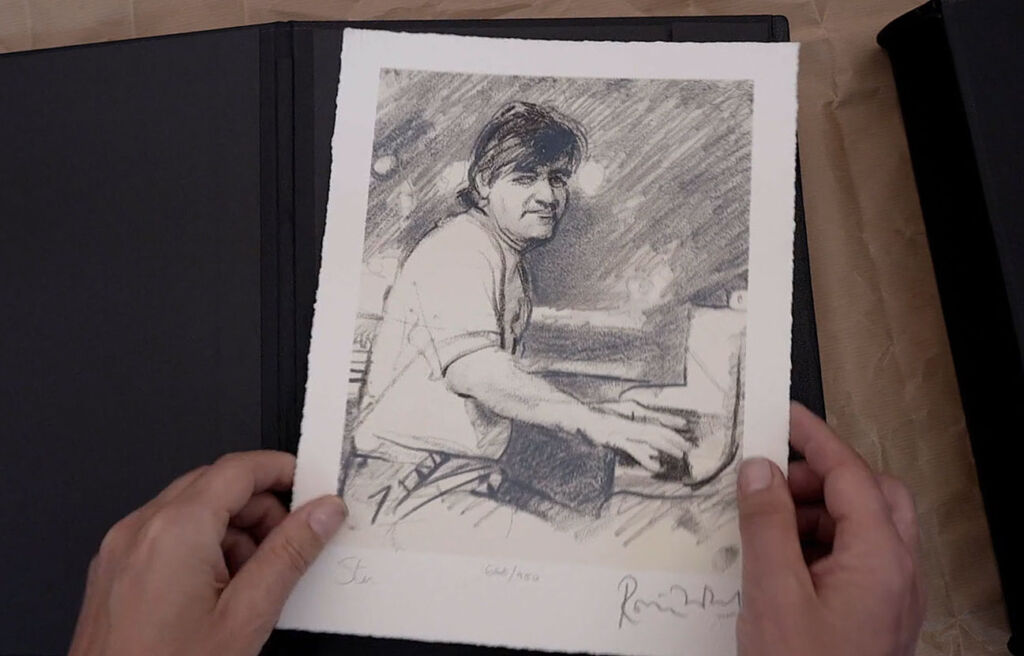 The screen prints are numbered from 1 to 950, and each has been signed by Ronnie Wood. The twelve-colour printing was by Bernard Pratt of Pratt Studios on 30cm x 23cm Somerset TP 300gsm paper and is kept safe inside a hardcover portfolio inside the book’s leather slipcase.

Stu transcends people’s standard notion of a book; instead, it feels more like a piece of art. The book is not something you’d take to bed to read; its weight and dimensions make that almost impossible. If you’re wondering how big? Well, it weighs over 5kgs, more than the 32″ television I recently reviewed, which means to enjoy it, you’ll need to place it onto something pretty solid.

It’s nigh-on impossible not to be wowed by the book. Chuck Leavell, a member of the Allman Bros Band, said, “As for the presentation and quality of the book, I’ve never seen better. It’s beautiful to look at, beautiful to hold and a beautiful tribute to one of the best-loved musicians ever known.” 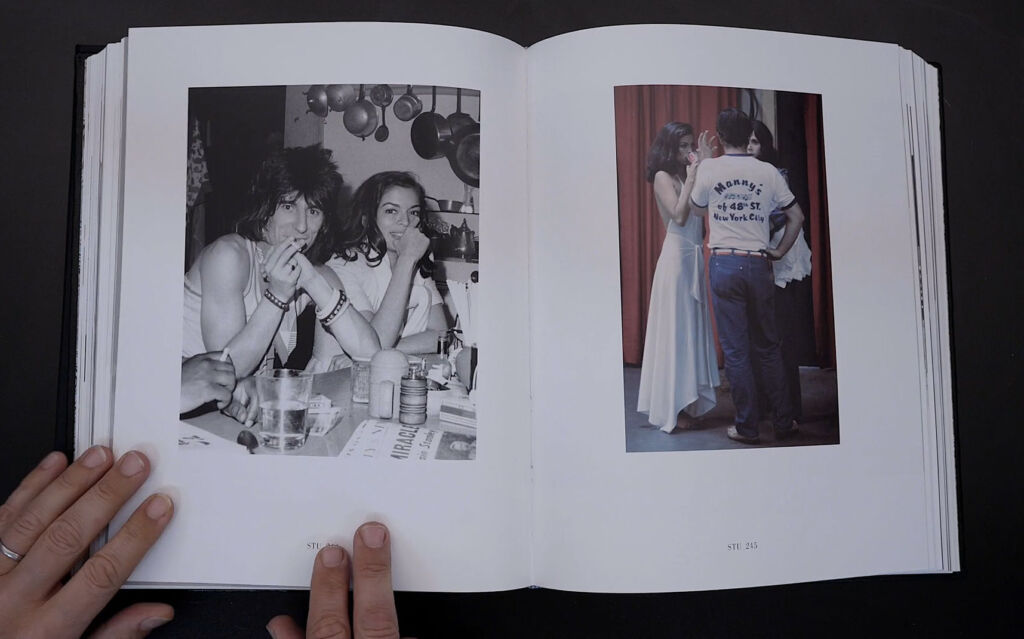 The 80,000-word, limited-edition leather-bound book contains 432 pages, 350 photographs and contributions from more than one hundred people. It is also the only book to feature interviews with all six of the Rolling Stones since Brian Jones, along with many of the wives, musicians, girlfriends and crew who surrounded them.

The book was the result of two years of collaboration by Out-Take’s founder William (Will) Nash, and involved more than one hundred text and photographic contributors. For the book, members of the Rolling Stones recounted their memories of Stu in more than twenty-five hours of interviews. 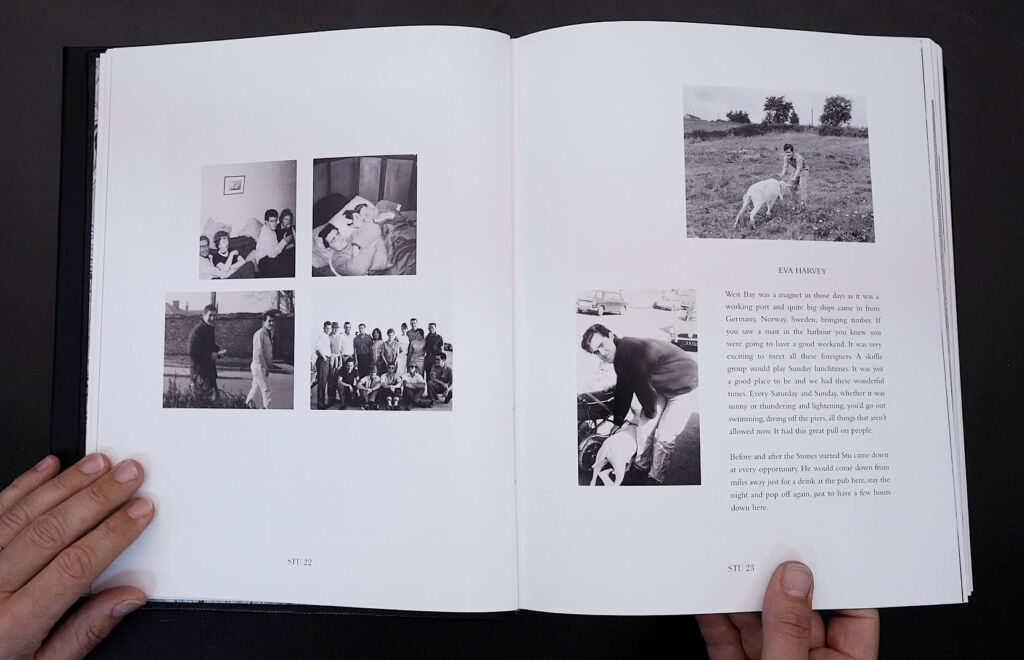 In addition to the text are many previously unpublished photographs, including some by Dominique Tarle, Ethan Russell and Gered Mankowitz. Dominique Tarle said, “To me, it’s the best book I’ve read about the Rolling Stones,” and Mankowitz added, “Nothing you have ever read or seen about the Rolling Stones will be complete without this extraordinary and beautiful volume.”

The book also contains photographs taken by Stu, an accomplished amateur photographer. Although much of Stu’s photographic work was never published, some did make it into early editions of the Rolling Stone fan magazine. In addition, the book also contains visual content from Stu’s 1962 diary and some of his personal memorabilia. The 432-page book also features never-before-seen photographs of the band, which is why every fan and collector needs to have this book as a cornerstone of their Rolling Stones collection. 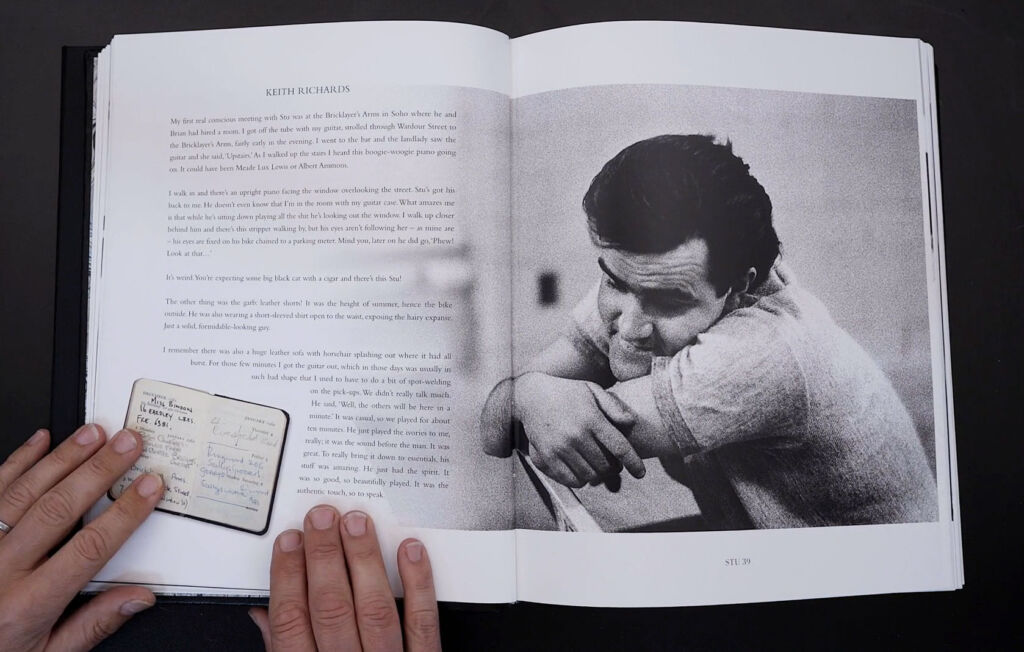 Cynthia Stewart Dillane, Ian’s (Stu’s) wife, said that when Will Nash approached her with the idea of a tribute book for Stu, she had little idea that the result would be such a magnificent and moving work and the affection for Stu shines through on all the pages. She also said that Stu by Will nash is nothing short of amazing, and when I went through it the first time, I was filled with memories, and my eyes welled up with tears of joy. The text by all those who knew and worked with him, including all the Stones, paints a true and loving picture of the wonderful man he was.

Final thoughts
Although I rarely look at the investment aspect with the things I am invited to write about, it is hard not to with Stu. On its own, the beautiful book, filled with its treasure trove of information, is deserving of its price tag. However, the limited edition, signed screen print of Stu by Ronnie Wood is, in my opinion, worth at least as much as the book price, which does make Stu somewhat of a bargain.

Over recent years, Ronnie Wood’s artwork has changed hands for staggering sums, and a quick browse of the internet shows the high values asked for his signed limited edition prints today. Not only will Stu bring enormous pleasure, but it should also prove a wise investment in the coming years.

Jimmy Page considers Stu “A magnificent salute to an unsung hero,” and Keith Richards regularly refers to it as “The Bible”. For me, finding the final few words to sum it up is far from easy, so I will end this piece with the following, “Reading and holding Stu is a privilege”. 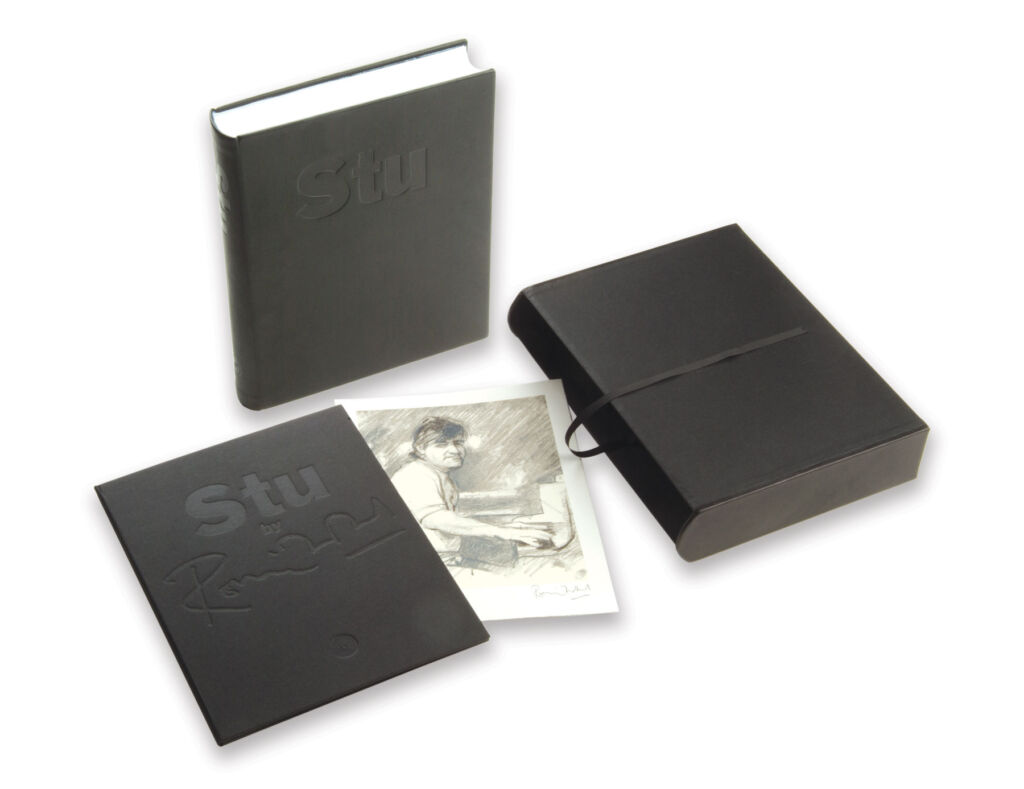 How to place an order
Stu is privately published with no ISBN, which means it will never be available for purchase from bookstores on the High Street or online, and only 950 copies of this hand-bound masterpiece exist in the world.

For more information on Stu, the rarest and most acclaimed book ever published on the Rolling Stones, and to place an order (at the time of writing, there is still a small number available), visit www.out-take.com.