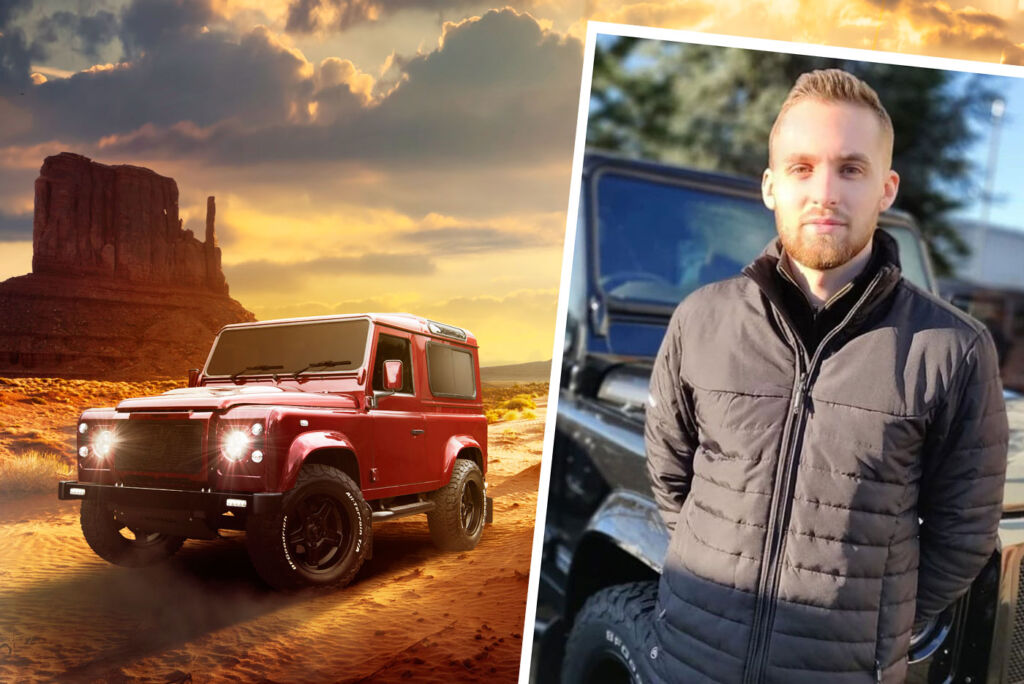 Based in North Yorkshire, Twisted Automotive expanded into the US market towards the end of last year. We caught up with Tom Maxwell, CEO of Twisted North America, to find out about the latest launch of the NA-V8 line-up.

Luxurious Magazine: What are your career highlights to date, and when did you join Twisted Automotive?
Tom Maxwell: I’m relatively early in my career; I ran my own marketing business alongside completing my degree and have been lucky enough to hold management positions in various industries since then. I joined Twisted in August 2019, having recently moved back to Yorkshire from the south of England, where I had spent three years growing and running a business specialising in the export of Defenders to the United States.

I had originally met Charles Fawcett (Founder of Twisted UK) at the Goodwood Festival of Speed a few years before that, and had admired his passion for both the product and his brand. It just so happened he was looking for someone to help take Twisted truly international, so really it was the perfect fit for both of us. 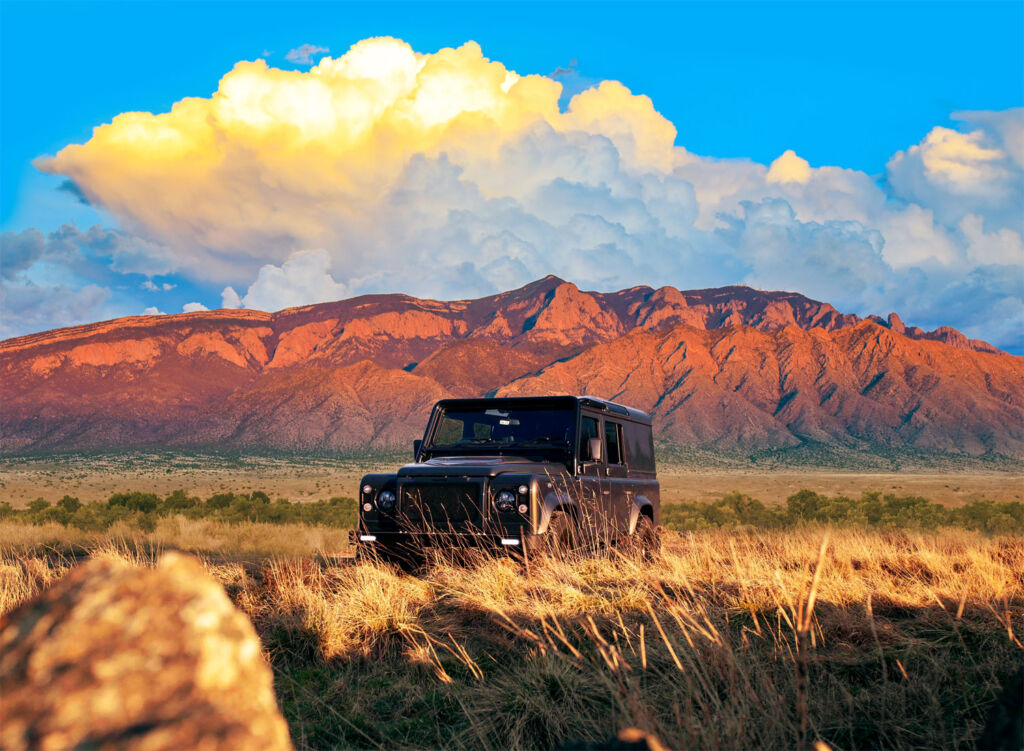 LM: What has the response been like since Twisted arrived across the Atlantic, as it’s traditionally been a very British brand?
TM: The response has been incredibly positive. Twisted already had a minor international following with die-hard fans becoming some of our first US clients. Until our recent announcement, we haven’t been that aggressive with marketing; my ethos is to build first and talk later.

I wanted to make sure our demonstrator vehicles were completely ready and we were finished with the countless hours of R&D we needed to do before truly announcing the product and its specs.

LM: Where will the NA-V8 be built, and how long will each car take to make?
TM: At the moment, we’re building the NA-V8 at our facility in South Boston, Virginia, but in the near future we will have both retail and build space in Austin, Texas. By 2021, I’m hoping to have a showroom on the West Coast too, so that we are reasonably accessible for clients across the US.

At present, each build takes six months to complete, start to finish. The experience is entirely concierge, from initial deposit to delivery.

LM: Can buyers customise the vehicle, and will there be any limits to their imagination?
TM: Yes, each vehicle can absolutely be customised. That’s a major part of the experience, and so most of the customisation is included in the base price. I didn’t want to nickel and dime clients on paint colours or stitch patterns; a large element of what we do is tailoring the vehicle around the individual.

That said, there are some limitations: The Twisted ethos is to do things that are functional as much as fashionable, so chrome wraps and overly crazy body kits are firmly off the list. 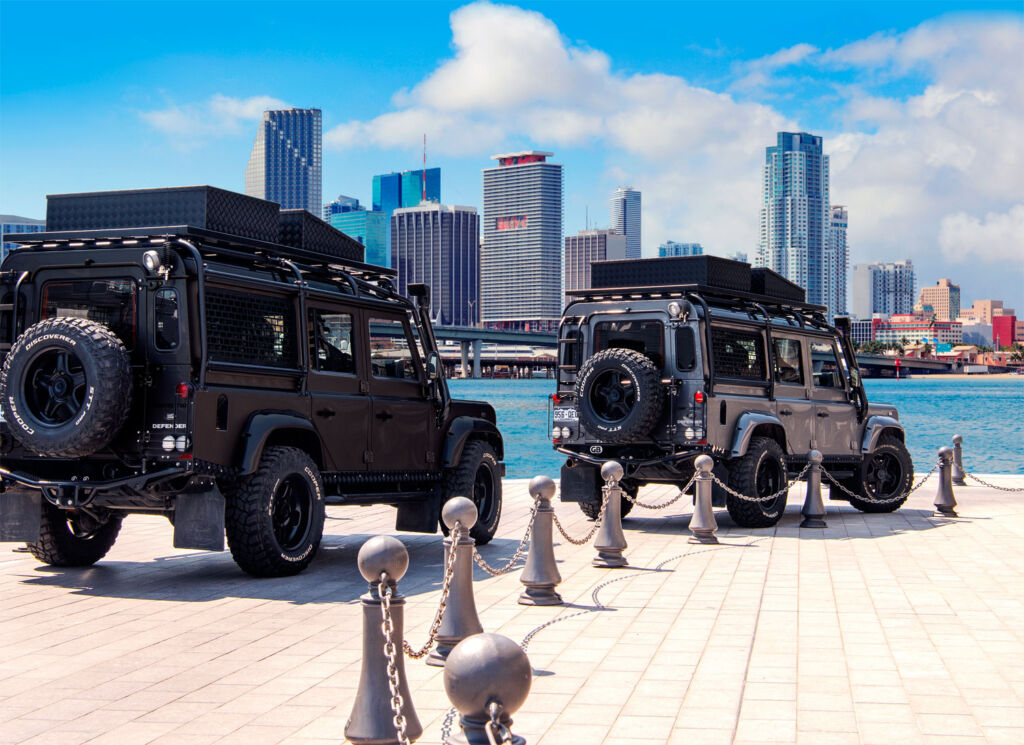 LM: Prices for the NA-V8 start at $250,000. How many orders have you had so far, and who is your typical customer?
TM: We’ve had significant traction from a broad range of clientele, so really there is no typical customer. The great thing about a Twisted NA-V8 is that it really appeals to any demographic. Typically, you would expect a certain older age range and financial industry type, but one of our recent customers is 27 and works in the fashion industry.

With the NA-V8, I want to bring this iconic British form not just to fans of the original, but also to those whom may never have heard of it before and would like to stand out in a sea of SUVs from Europe that have become a dime a dozen.

LM: You’re pitching the NA-V8 against the very iconic Mercedes-Benz G-Wagen. Do you think Twisted has done enough to coax people away from the competition?
TM: I don’t see the G-Wagen as competition for a Twisted NA-V8. They are two entirely different things. Yes, they have similar characteristics; 4×4, powerful on and off-road, distinct exteriors. Both are iconic and steeped in history. But in recent years, the G-Wagen and other luxury 4x4s seem to have lost one thing that our vehicle has bags of: soul.

If you are in Miami, or LA or NYC, every other car is a G-Wagen. A Twisted NA-V8 is something truly unique: It has the performance and reliability of a new vehicle, but the style and substance of a true British classic. You can’t buy that anywhere else. 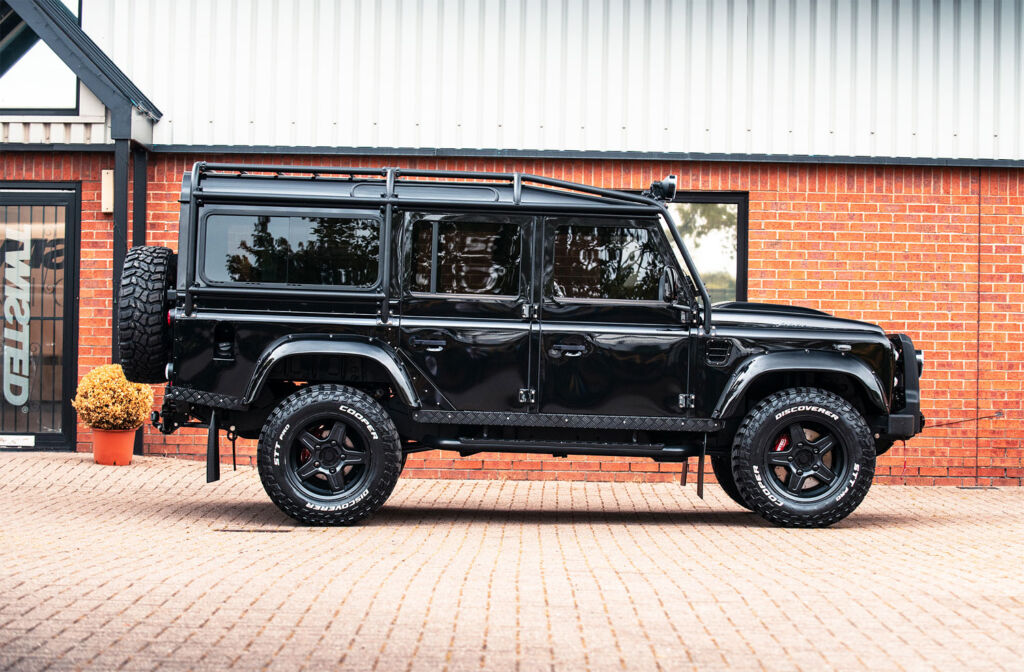 LM: There are five different body styles of the NA-V8 to choose from, ranging from the soft-top to the double cab. Do you expect some variants to be more popular than others?
TM: Yes – I do, and that’s why within the run of 200, I have allocations of each body style. The NA-V8 110 is supremely popular due to its versatility and ‘any scenario’ nature – and so they have the biggest allocation. We’ve seen a lot of interest around the NA-V8 130 also, which is the largest of the bunch and arguably the rarest variant of the vehicle in North America.

LM: What was the rationale behind working with the Classic Car Club of Manhattan to launch the Twisted NA-V8?
TM: I wanted a real, hands-on experience with the vehicle for its launch. Sure, we’ll be doing the bigger shows in the future, but when unveiling something for the first time, I think it’s important not to hide it behind red velvet ropes. The NA-V8 has been designed from the ground up to be what I like to call a ‘no excuses’ Defender.

What I mean by that is none of the shortcomings typical Defenders in the US have – like no central locking, weak A/C, low power…the list goes on – typically they aren’t built for modern US drivers. The NA-V8 is, and the only way for me to prove that claim is by letting people touch it, drive it, inspect it and understand it. The Classic Car Club and their members will be a great first audience to see what we’ve created.

LM: What impact has the Coronavirus had on your business, and how do you see the coming months with the pandemic still very much active in the US?
TM: Like all businesses, we’ve certainly been impacted: primarily in terms of personnel logistics. With bans on international travel, especially from the UK into the US, we’ve had to do a lot more remote management. Thankfully, the majority of the team are Americans and live and work in Texas or Virginia, and the guys have all really come into their element.

Outside of operations, we’ve seen an increased number of clients who are looking for a ‘bug-out’ vehicle to escape the city and go on expeditions in. The great thing about the NA-V8 is that it performs equally well both on and off-road, so it’s a really versatile machine. And yes – it can be towed behind an RV (I’ve been asked this question a lot!). 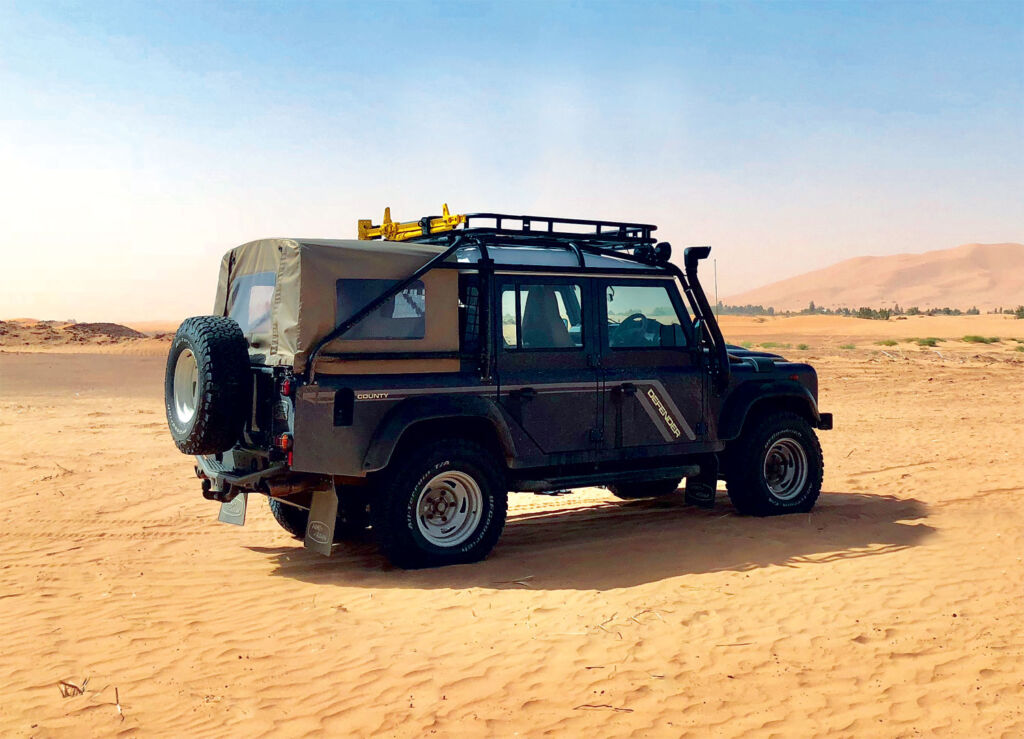 LM: Will you be helping Twisted to launch in the Middle East later this year?
TM: Yes, absolutely. Alongside our expansion into North America, I’ll be heading up operations in the Middle East and electric vehicles internationally. I’m lucky to be supported by an all-star management team, and we’ve got some big things coming up. For the Middle East, it’ll be all about power. Lots of it.

For EV, we’re focused on delivering a reliable, scalable OEM-style solution that goes above and beyond the ‘home-brew’ style of small-batch electrification. It’s an exciting time for Twisted, and I feel privileged to bring our products to new audiences.

LM: Thank you for your time Tom, and it has been a pleasure talking to you.

Twisted Automotive – Where and How?

For more information on Twisted Automotive and to get in touch with Tom Maxwell, visit www.twistedautomotive.com.