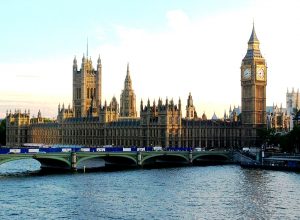 Welcome to the luxurious report on the UK Rich List 2011

Its that time of the year again when we see who’s gone up and who’s gone down in the much awaited Sunday Times uk rich list 2011. I along with millions of others will be scanning the lists with great envy and thinking what it must be like to have so much money that you can keep spending and never run out! This years UK Rich list shows a real resurgence from the female rich both young and established. The top four richest women on the UK Rich List 2011 can be seen in more detail here.

How is the wealth calculated?
The 2011 list is based on identifiable wealth, such as land, property, other assets such as art and racehorses, or significant shares in publicly quoted companies, and excludes bank.

The UK’s super-rich have leap-frogged the recession and economic fears and problems and become even richer. Average worth for the UK’s Rich increased by 18% over the past year according to the much awaited Sunday Times UK Rich List 2011.
There are now 73 Billionaires in the UK, up from last years figure of 53, including the first female member of the Billionaire Club – Dame Mary Perkins of Specsavers fame. Dame Mary and family’s worth increased to £1.15 Billion, an increase of 42% over the previous year.

Dame Mary Perkins, seems to have led a charge, as there are now 108 Women in the list of the UK’s top 1000 Rich People, and interestingly this is the first time that the female proportion of the list has exceeded the O% mark.

Who is currently the UKs Richest Person in 2011.
The Richest person on the uk rich list 2011 for the seventh consecutive year is Lakshmi Narayan Mittal (born 15 June 1950), Chairman and CEO of ArcelorMittal, the worlds largest steel making company. Although his fortune has fallen by a massive £5 Billion, he still has a wealth of £17.5 Billion. The reason for the large  drop in his wealth was down to a fall in share prices, this share price drop also gave Mr Mittall the distinction of being the person on the rich list with the largest fall in overall wealth, along with having the fastest growing fortune of all the entries in this years list.

The richest female on the UK Rich List 2011 is Kirsty Bertarelli who has an estimated wealth of £6.9 billion, in a joint entry with her husband, Ernesto. Mrs Bertarelli is a former Beauty Queen and wrote the song ‘Black Coffee’ which was a hit for British Girl Band – ’All Saints’.

Other notable entries on the UK Rich List 2011
Of the 40 British born Billionaires on the list, notable people that made the UK Billionaire Rich List club are Lord Kirkham, a Tory Peer and former owner of the huge furniture group DFS, and the co-founder of Carphone Warehouse, Charles Dunstone.

Outside of the main top 1000 rich list and under the subcategory of Young Music Millionaires, a number of young female music personalities dominated this 2011 list including Welsh Singer Katherine Jenkins in at number one with a fortune of £13 million, Cheryl Cole of the band Girls Aloud, Katie Melua and Leona Lewis who also come in on the Young Music Millionaires list with £12 million each.

Asian Entries on the UK Rich List
Amongst the female super rich, the highest female entry in the uk rich listis Xiuli Hawken, s self-made Billionaire. Xiuli is the biggest shareholder in Renhe Commercial Holdings, which listed in Hong Kong in 2008 and runs shopping centers that occupy what were underground military shelters.