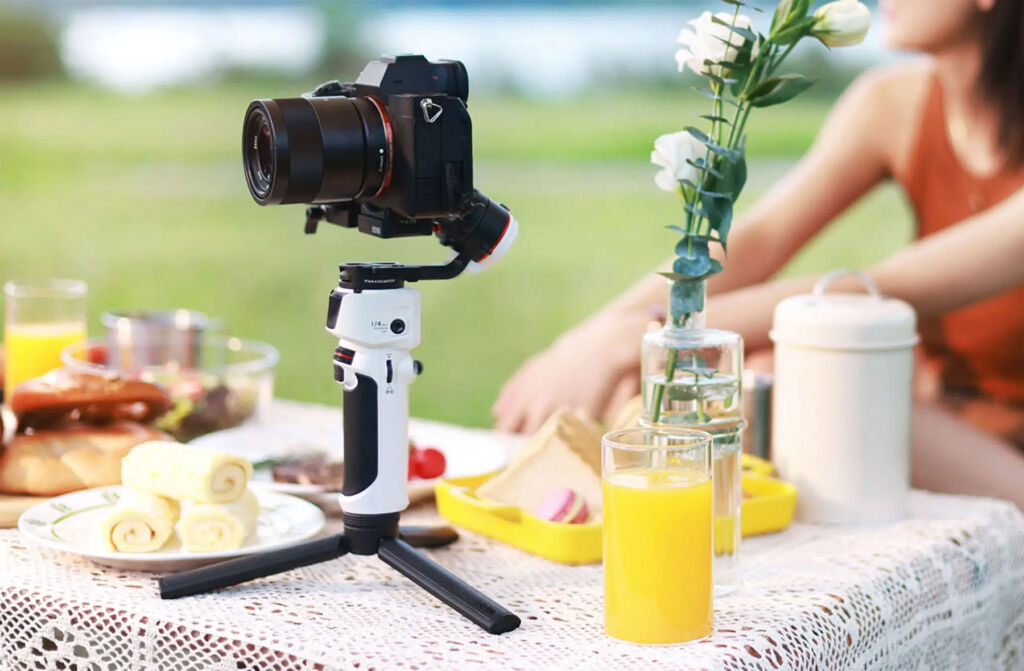 Creating short videos for a video or social media channel, also known as vlogging, is a fantastic way to get your thoughts and views out to the world. Tens of millions worldwide are creating countless hours of video content daily, and Zhiyun’s newly launched Crane M3 gimbal is set to make the process even easier.

Regular readers of Luxurious Magazine will know that we do like Zhiyun’s products, so much so, we’ve decided to restoke the fires and will soon be embarking on producing in-house video content again. When we first started making video content well over a decade ago, the whole process was time-consuming and laborious. However, thanks to easy to use online video editing software and products like the Crane M3 Gimbal, creating professional-looking video content is now simpler and faster than ever.

About the Zhiyun Crane M3
The Crane M3 is a small, easy to use gimbal with hot-swap capabilities, a microphone and an 800 lumen light built into it. It is the newest addition to Zhiyun’s much-lauded Crane series and boasts a 3-axis gimbal and is compatible with action cameras, smartphones and full-frame mirrorless cameras with specific lenses. 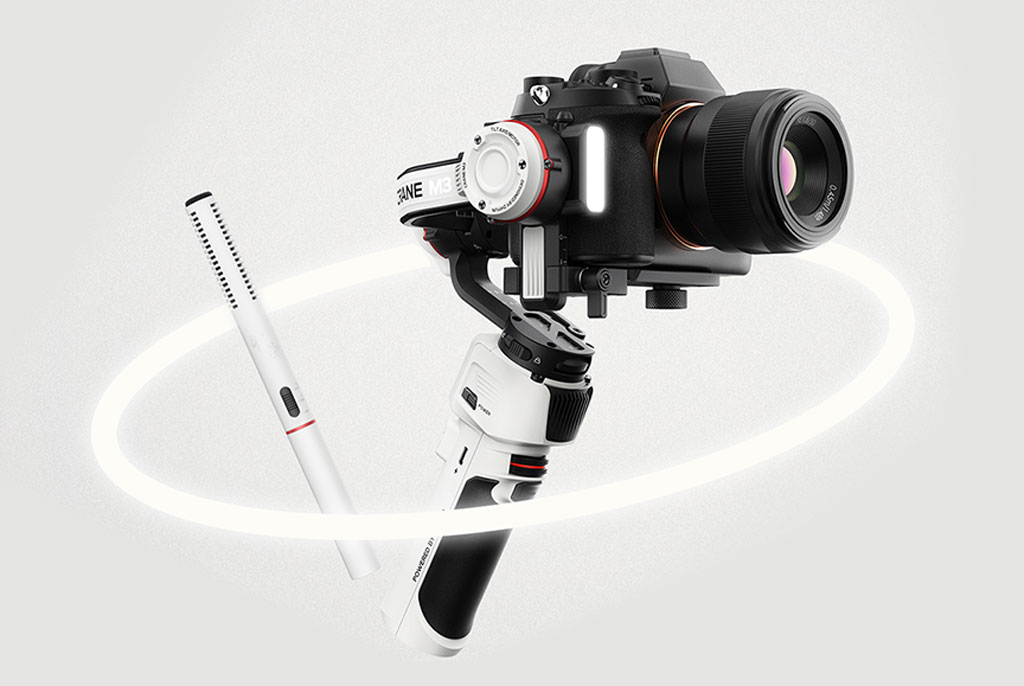 The Zhiyun Crane M3 is an attractive looking product, with a modern white chassis and black and red accents. Although it is relatively small, being the size of a 550ml water bottle, its small size belies its capability. The gimbal is made from composite materials, and within it are reverse-loaded motors and an optimised axis arm structure. 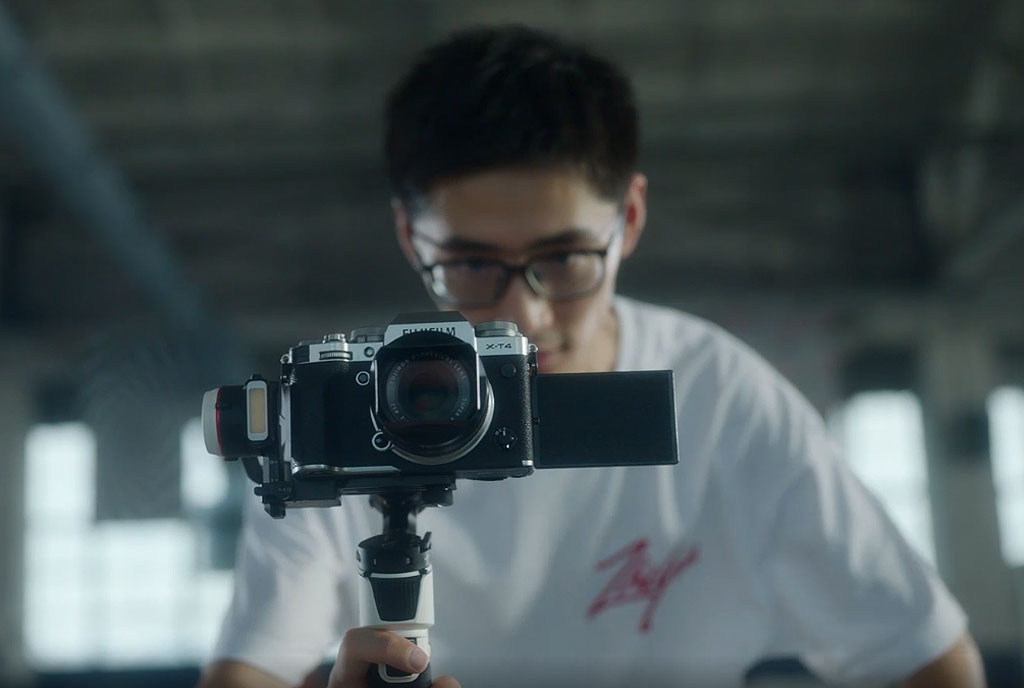 Some specific things make the Crane M3 stand out from the crowd, and these include its compatibility with more than 90% of mirrorless cameras available and its quick-release system enabling a user to switch between a smartphone, action camera, a DSLR and compact cameras without the need to rebalance it. It’s also the same situation when adding or removing a professional microphone. Thanks to its easy to use expansion base, this can again be done quickly without the hassles of rebalancing.

In addition to this, the Zhiyun Crane M3 boasts upgraded motors with stronger torque which ensures stable movement. It also has in-built lighting courtesy of dual colour 800-lumen LEDs and a professional audio solution. Essentially, the Crane M3 is a product that gives you pretty much all a vlogger would need to create a great video without the hassle of carrying around extra equipment. 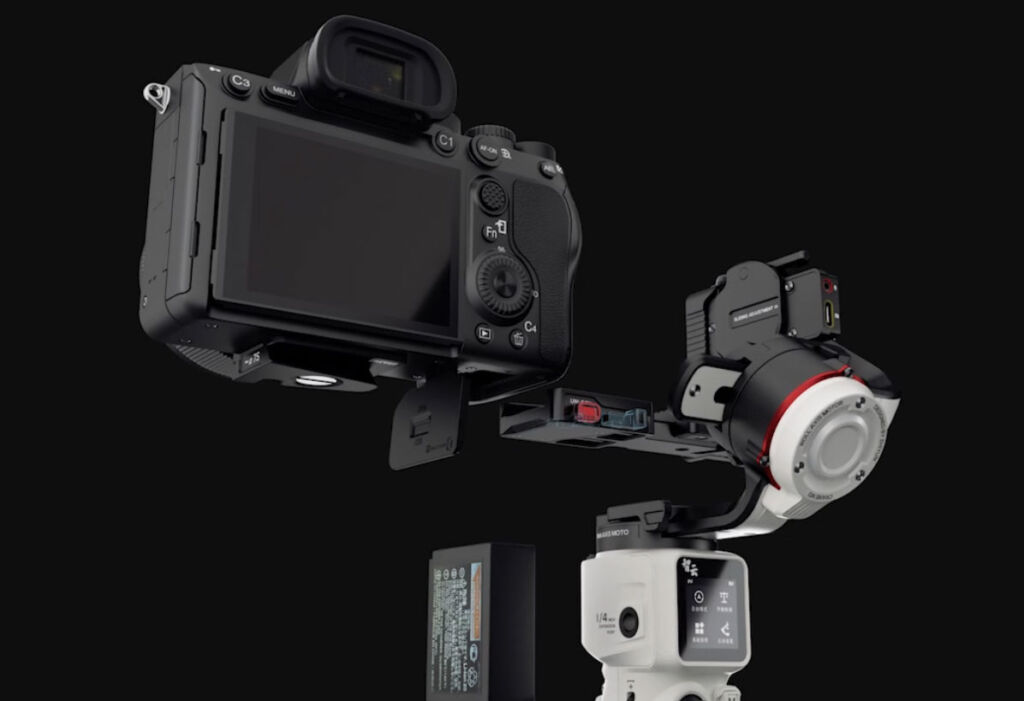 About the universal quick release plate
The Crane M3 comes equipped with an upgraded one-size-fits-all TransMount quick release plate that eliminates the need to rebalance after changing cameras or a battery change. The plate makes it ideal for professional filmmakers and vloggers who like to use various types of equipment when shooting video. The quick-release plate also makes it simple for vloggers who start out by shooting with their mobile phones and subsequently decide to move to a more dedicated video product down the line. 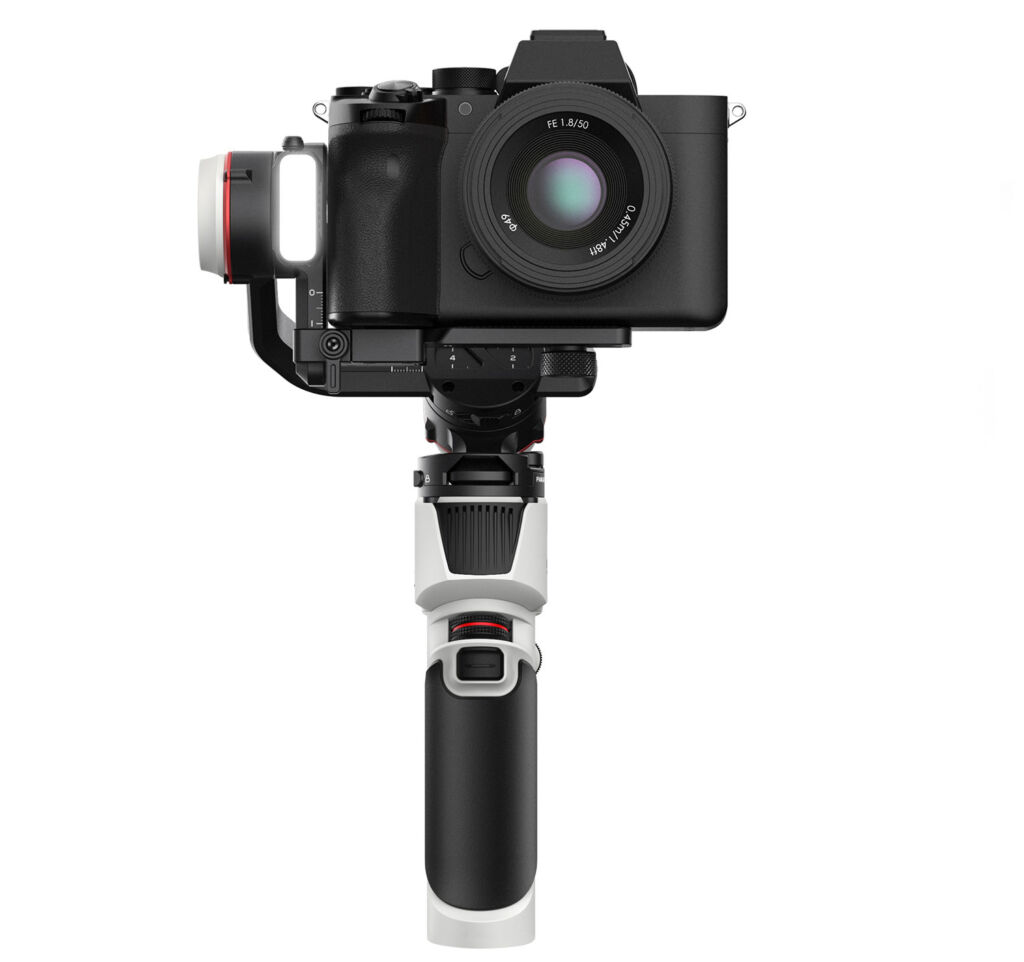 Lighting and sound
Two of the most important aspects when creating a video is lighting and sound quality. Thankfully, Zhiyun has put a great deal of thought into this with its Crane M3 gimbal.

Low-light video is not a problem with the Crane M3 thanks to its innovative in-built 800 lumens LED fill light which uses the gimbals heat to power it. The LED light also benefits from full step-less dimming and temperature settings operated via a control wheel. Another nice feature of the lighting is that it uses high-level cooling technology, allowing the heat to dissipate fast.

Interviews have also been made much simpler thanks to the TransMount expansion base, which provides the ability to connect professional microphones. The base bypasses connecting the microphone via the camera, thus removing the need for additional cables, extra weight on the camera, and further adjustments to the gimbal.

As standard, the Crane M3 comes with a TransMount Shotgun Microphone. However, the 6.5mm connecting audio port can also support a range of wired professional microphones for clear audio performance with cardioid/hypercardioid patterns.

Touchscreen control and one-handed operation
Another nice feature that will attract professionals is the built-in receiver at the base of the Crane M3. The receiver can be paired with a transmitter module which allows for full wireless control of a mainstream camera using Bluetooth.

One-handed operation has also been made simpler thanks to the gimbals control wheel and the joystick buttons, which allows adjustment of the roll axis, shutter, aperture ad ISO, resulting in simple camera positioning without distractions.

Another new feature introduced on the Crane M3 is an interactive 1.22″, full-colour HD touchscreen, which enables parameter adjustments to a range of gimbal mode settings (portrait, vortex mode and go-mode) as well as follow speed. The intuitive display panel also shows operational camera status, connection to the gimbal and battery levels.

Please note that we have not had first-hand experience with the Zhiyun Crane M3 gimbal. This feature was compiled using the information provided to us by the manufacturer and our previous direct experience of their products, the Weebill S gimbal and the Smooth-Q3. 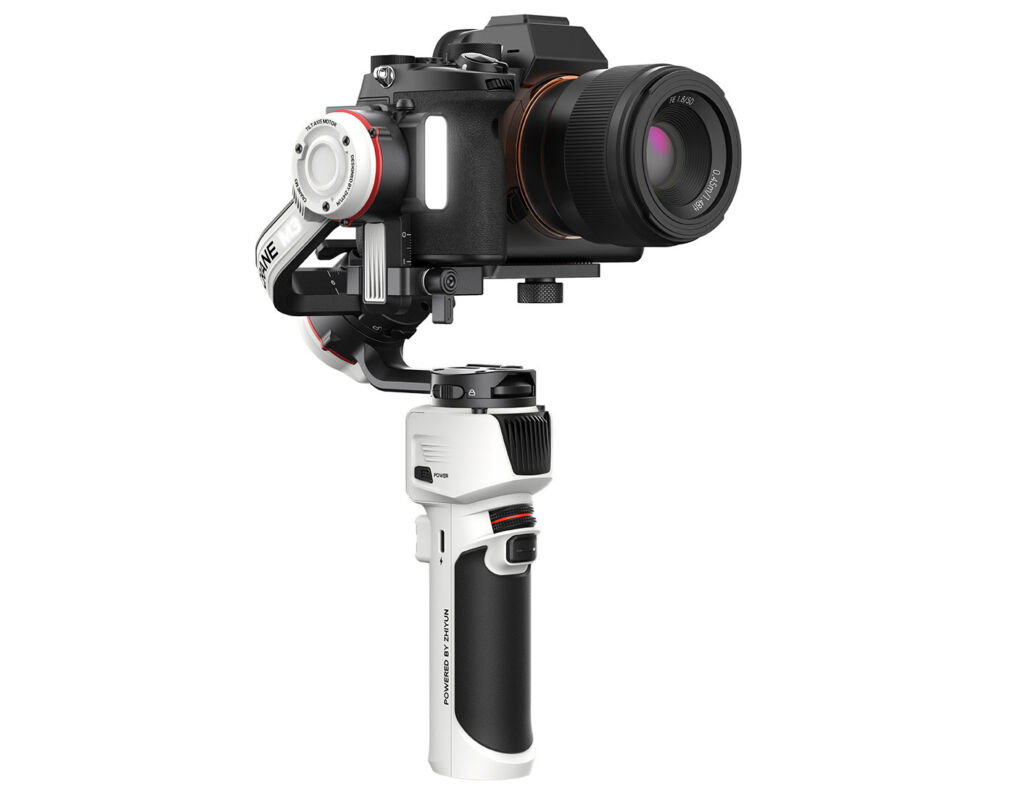 Zhiyun Crane M3 Gimbal – Where and how?

The Crane M3 is available from today, and the pricing is as follows:

Weight
700g (without a tripod and quick release plate)