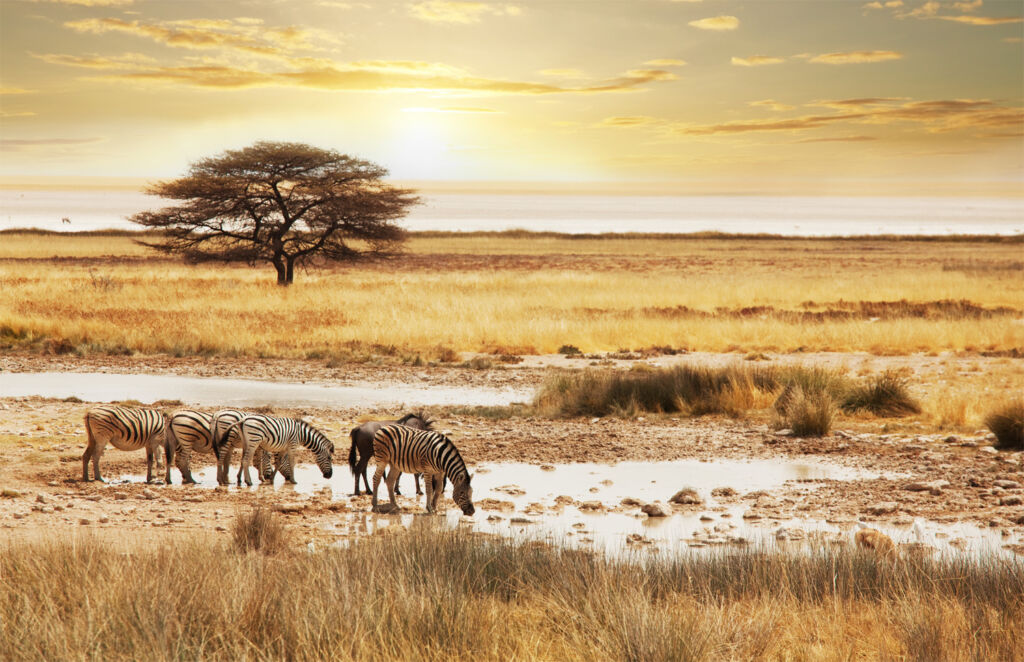 There’s an awful lot happening in Africa. Parts of the country have experienced record rainfall, camps are rebuilding, conservation work is ongoing, and one of nature’s great mysteries, the lions’ roar, is being investigated by the Zoologist Matthew Wijers and Oxford’s University’s Computer Science department.

Expert Africa has kindly updated us with what’s being going on and life in general on the African Continent. One of the best bits of news is that the country had experienced record rainfall in some areas, resulting in the replenishment of rivers, floodplains, and watering holes.

As travel restrictions slowly begin to ease, camps are preparing by rebuilding, wide-ranging conservation work continues, and we could soon understand one of natures most iconic species. let’s take an in-depth look at some of the latest happenings:

Oxford University and Matthew Wijers’ roaring research in Zimbabwe
We know that lions roar to communicate: to keep in touch with pride or coalition members, remind rivals of their territory, call for help, and entice mates.

It has also been proven that their voices can carry for up to eight kilometres and that other lions can pinpoint their identity and precise location from the call. Now, thanks to newly published research from Oxford University, conservationists can do something very similar.

In partnership with Oxford’s Computer Science department, zoologist Matthew Wijers and his team set out to learn about lions’ voices, habits and potential threats. They created ‘accelerometer biologgers’ – audio recording devices that capture each roar’s sound and GPS location – and deployed these on collared lions in the southwest of Zimbabwe.

The researchers were able to conserve battery power by only triggering the recordings when the lions moved their heads and necks to roar, allowing them to gather data for extended periods. 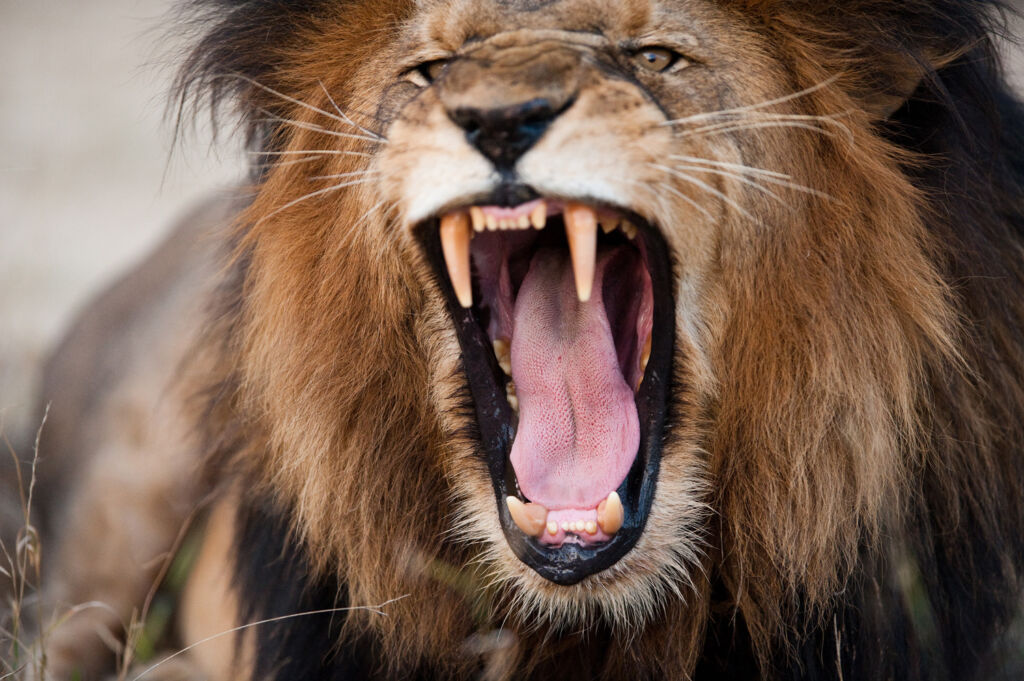 After analysing a mighty 999 roars, each of which could be cross-referenced with precise time, location and climatic conditions, the team made some interesting findings. They found that lions roar most frequently when the temperature is low and humidity high, thus maximising the distance that their calls travel. Equally, they noticed the animals avoided shouting into the wind and only called when air movement was minimal.

Unsurprisingly perhaps, roars were made frequently in the early evening and peaked shortly before daybreak. Silence fell when they moved outside their home range or when females were guarding cubs in a clear strategy to avoid conflict with rivals. By contrast, repeated roaring was most likely to occur when individuals were close to regularly frequented waterholes and rivers.

Perhaps the most interesting conclusion of the research was that lion calls are unique to each individual, much like a fingerprint, and that they can be identified efficiently, even at a distance, with the help of artificial intelligence – opening the door for easier monitoring of lion populations by conservationists.

Lion populations are declining across Africa. Being able to determine the location and identity of individual lions by sound alone could significantly help the conservation of these impressive cats.

Check out Expert Africa’s lion sightings across Africa for the latest data on where their travellers most commonly see lions.

NGO African Parks Conserves Kafue in Zambia
Kafue is Zambia’s largest wildlife sanctuary, covering a vast 22,400km2 – an area equivalent to the size of Wales. It is a mosaic landscape of undulating miombo woodland, shallow wetlands known as ‘dambos’, beautiful riparian forest, permanent swampland, sweeping plains and a network of water channels dominated by the broad Kafue River and its idyllic rapids.

This habitat diversity makes Kafue rich in mammals and provides niches for 515 species of birds. There are grazers and browsers aplenty, from secretive sitatunga to sable, diminutive oribi and large herds of red lechwe, as well as elephants and hippos. Predators include widespread lions, relatively relaxed leopards and considerable numbers of crocodiles.

However, thanks to Kafue’s sheer size, it has been one of Zambia’s harder parks to protect. Now the formidable Dutch NGO African Parks, together with the Zambian government, have announced a joint partnership to protect further and develop the park.

By injecting an initial sum of US$3 million while a long-term partnership is agreed, African Parks plans to realise the potential of Kafue as a prime tourist destination and raise its profile as an internationally renowned wildlife sanctuary. The NGO has a solid history of securing parks, protecting wildlife and engaging communities across Africa.

Vulture Culture in Botswana
Soaring and circling on thermals, vultures are always a useful indicator of a recent kill, but they also play a critical role in cleaning up the bush and maintaining balance in the ecosystem.

Devouring the last scraps of a kill at speed, these avian scavengers effectively prevent the spread of bacteria and serious diseases, including rabies, anthrax and cholera, thanks to their thorough carcass-cleaning and powerfully destructive gastric juices. 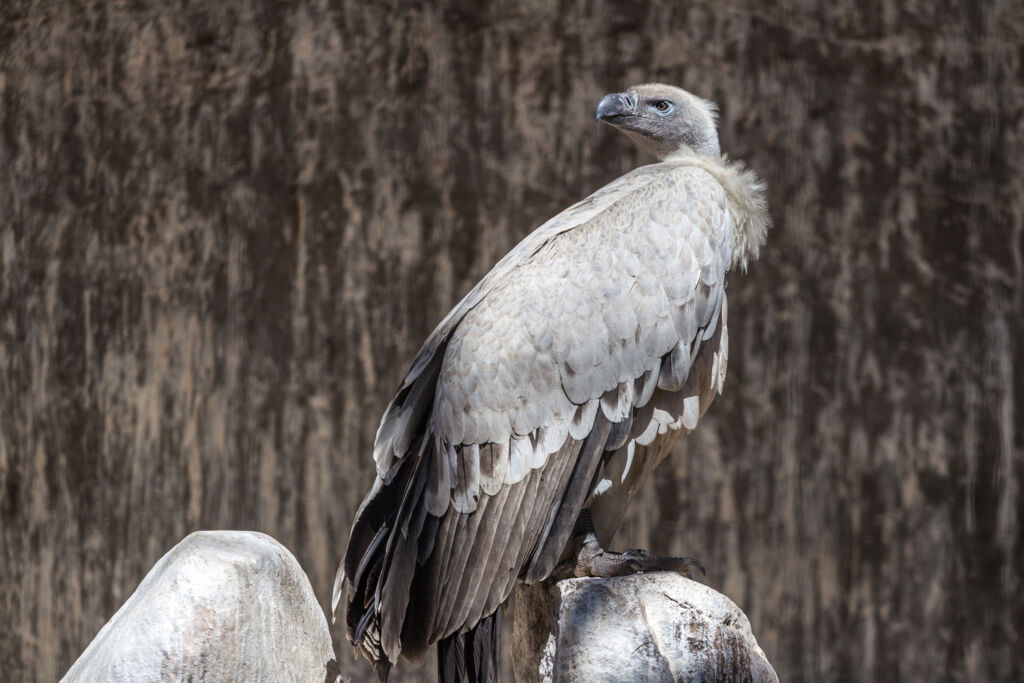 However, vulture numbers are plummeting globally, and there is concern that in Africa, their numbers are dropping to unsustainable levels.

In Botswana, which has some of Africa’s largest contiguous wildlife conservation areas, all five vulture species are officially listed as either Critically Endangered or Endangered on the IUCN Red List. The threat of extinction has dire implications for the ecosystems they help manage.

Help is at hand from Raptors Botswana’s team, who are working on researching and protecting these remarkable birds. Last month, in partnership with the Endangered Wildlife Trust and Wilderness Safaris, they fitted satellite tracking devices to six vultures of three species to better understand their use of space. With ever-decreasing ranges from which to forage, fully understanding their movements may prove critical to their survival.

How the Fashion Industry could change its Spots
Artificial leopard print has long been part of the fashionista’s wardrobe: you can find it adorning shoes, bags, coats, gloves and accessories on almost every high street. But could our love of the exotic pattern also help conserve these beautifully attired cats?

Yes, say scientists. In a recently published paper in the Journal for Nature Conservation, Dr Caroline Good and her team from Oxford University’s Wildlife Conservation Research Unit explore the potential of a ‘species royalty’ that would benefit leopard conservation initiatives exploiting the appeal of their much-admired fur coats.

The team’s analysis showed a staggering interest in leopard print fashion: 2.9 million Instagram posts tagged with #leopardprint and 80,000 English language news articles in the last 15 years alone. It is an enduring trend that has sadly not translated into similar concern for the conservation crisis facing leopards: only 2% of news stories mentioning leopard print was linked to the animal’s vulnerable conservation status.

While this disconnect presents challenges, the researchers see a real opportunity here. In a revolutionary fundraising idea, they propose a species royalty in which fashion brands make a payment to spotted cat conservation organisations in exchange for the use of the leopard’s coat patterns.

Even the smallest royalty payment on each item would transform funding for spotted cat conservation.

With leopards having disappeared from more than 75% of their historic range already, they need all the help and inventive ideas they can get. As customers, we can demand responsibility from our chosen fashion brands, perhaps by suggesting they consider this scheme.

Meanwhile, we can visit areas where leopards are carefully monitored and protected. The income from tourism in most leopard areas offered by Expert Africa is invaluable to their conservation: check out our top spots for seeing these beautiful cats in the wild.

If you’re planning a vacation to the African continent or want to speak to a safari guide call Expert Africa on 020 3405 6666 or visit www.expertafrica.com.