It was an morning breakfast at the Restaurant’s shaded outdoor terrace with commanding views of the rugged cliffs and the expansive East Sea. With a well-curated breakfast menu which is equally divided between European, American and Vietnamese specialties, I opted for a typical Vietnamese dish, the Bun Ca which was fresh rice noodles with fish cake and poached tuna in a delicious and tasty soup. I also ordered an Amanoi Green Healthy Smoothie containing spinach, avocado, pineapple, banana, pomelo, mint and coconut water with a platter of fresh fruit, a perfect start to a busy day.

A guided Rock Park Trek was planned for the first morning’s excursion. Located just 20 minutes from Amanoi, Bai Da is an area of stunning natural rock formations and overlooks Vinh Hy Bay and Bai Thit Beach. After a 30-minute trek among cactuses and shrubbery, we reached the edge of the cliffs and the breathtaking views over the rugged coastline greeted us. The sheer beauty of the natural surroundings caused a momentarily silence among everyone present. 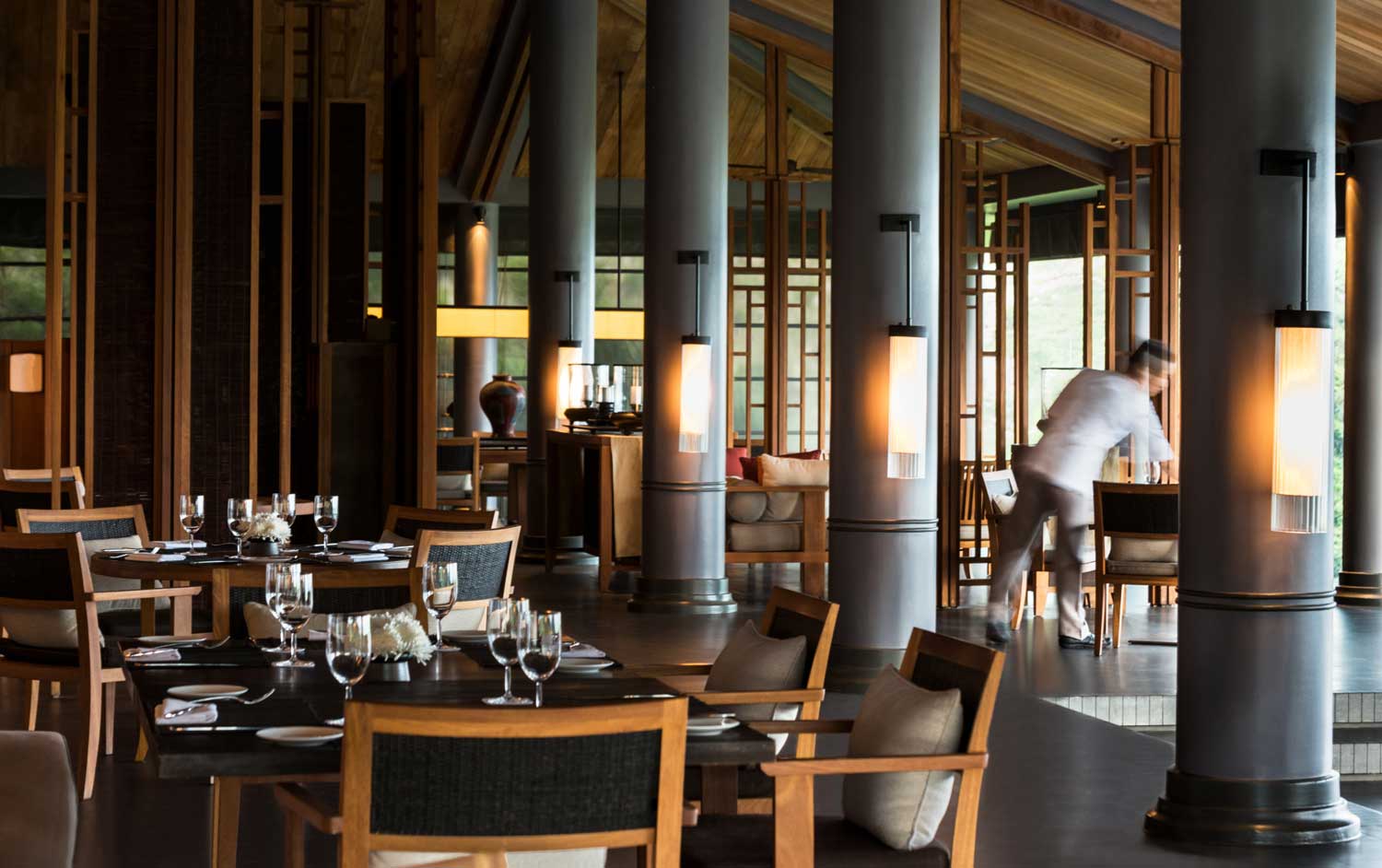 Lunch back at the Main Restaurant in Amanoi was welcomed as all of us were famished by noon. We were spoilt for choice with dishes like Grilled Vinh Hy Bay Prawns, Seated Local Tuna, Australian Cheese Burger, Seafood Linguine, Smoked Salmon Pizza as well as Vietnamese dishes like Goi Buoi San Nuoc (Pomelo Salad with Jicama, carrots, herbs and soy dressing) and Bun Bo Nam Bo (Vermicelli Noodles with Stir Fried Beef Lemongrass and Chili with Vegetable Spring Rolls and Papaya and Carrot Pickles). After the satisfying lunch, it was another excursion outside this idyllic resort. This time it was more of a cultural activity – a visit to the famed Po Klong Garai Temple located in the medieval Cham principality of Panduranga, near the city of Phan Rang. It was a steep climb to the top of the granite hill where the three-tower Hindu temple made entirely from red- bricks are located. Dating from the end of the 13th century, the temple was constructed by King Simhavarman III in honour of the legendary King Po Kluang Garai who ruled the ancient Kingdom of Champa (a kingdom which lay on the coast of what is today Southern Vietnam.) 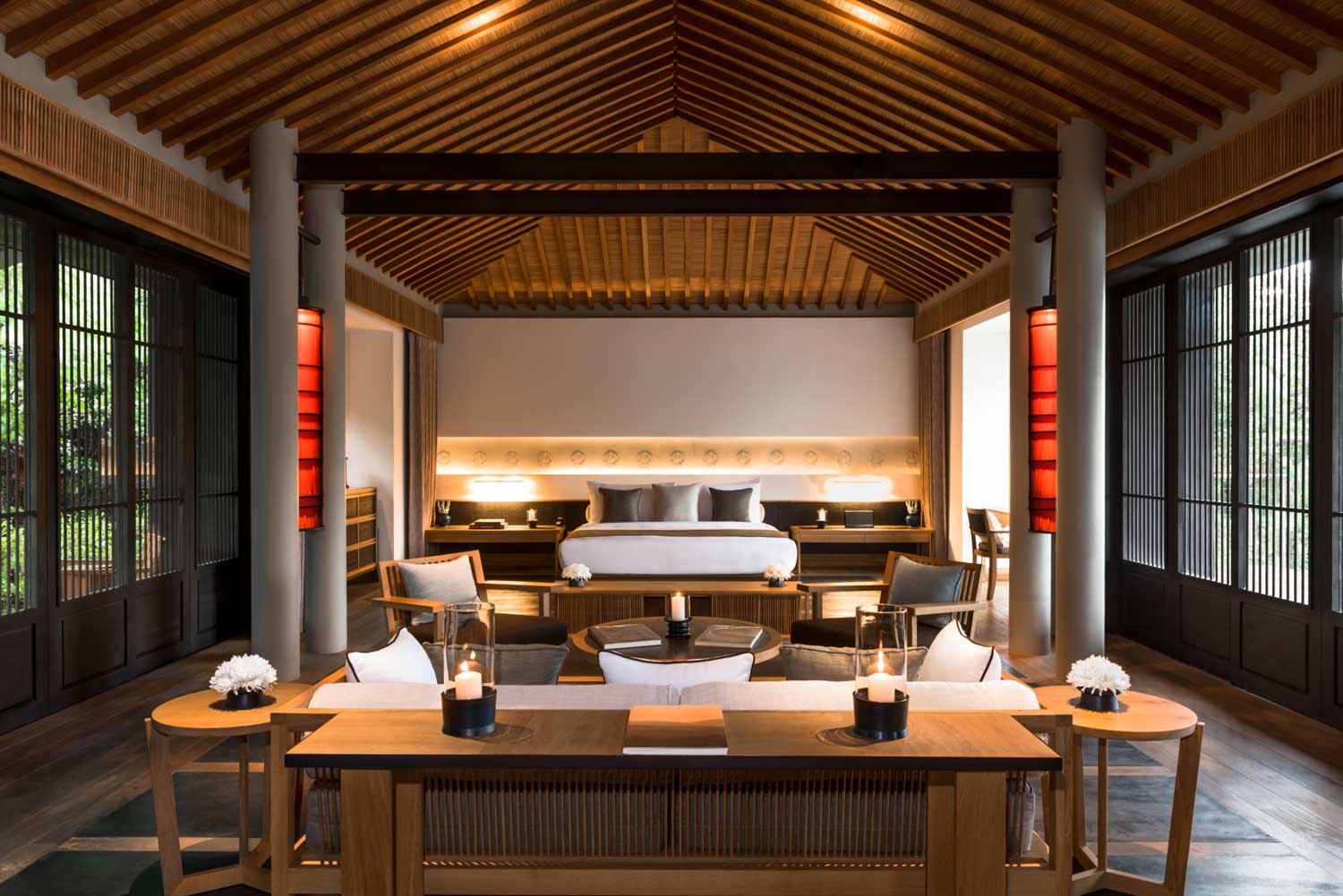 Ensconced in the luxury of my spacious villa, I decided to take a late afternoon dip in my own private pool. It was a contemplative moment as I saw the fiery orange sun dip below the lush green mountains in the distance while a flock of egrets flew over the Lotus Lake right in front of my villa. Climbing out of my pool, I wrapped myself in a crisp and freshly laundered linen dressing gown and headed to the bathroom via a separate door. All my toiletries were neatly arranged on a bamboo mat by the sink and my clothes were folded. I noted that the smallest attention to detail to cater to my comfort and convenience was considered. 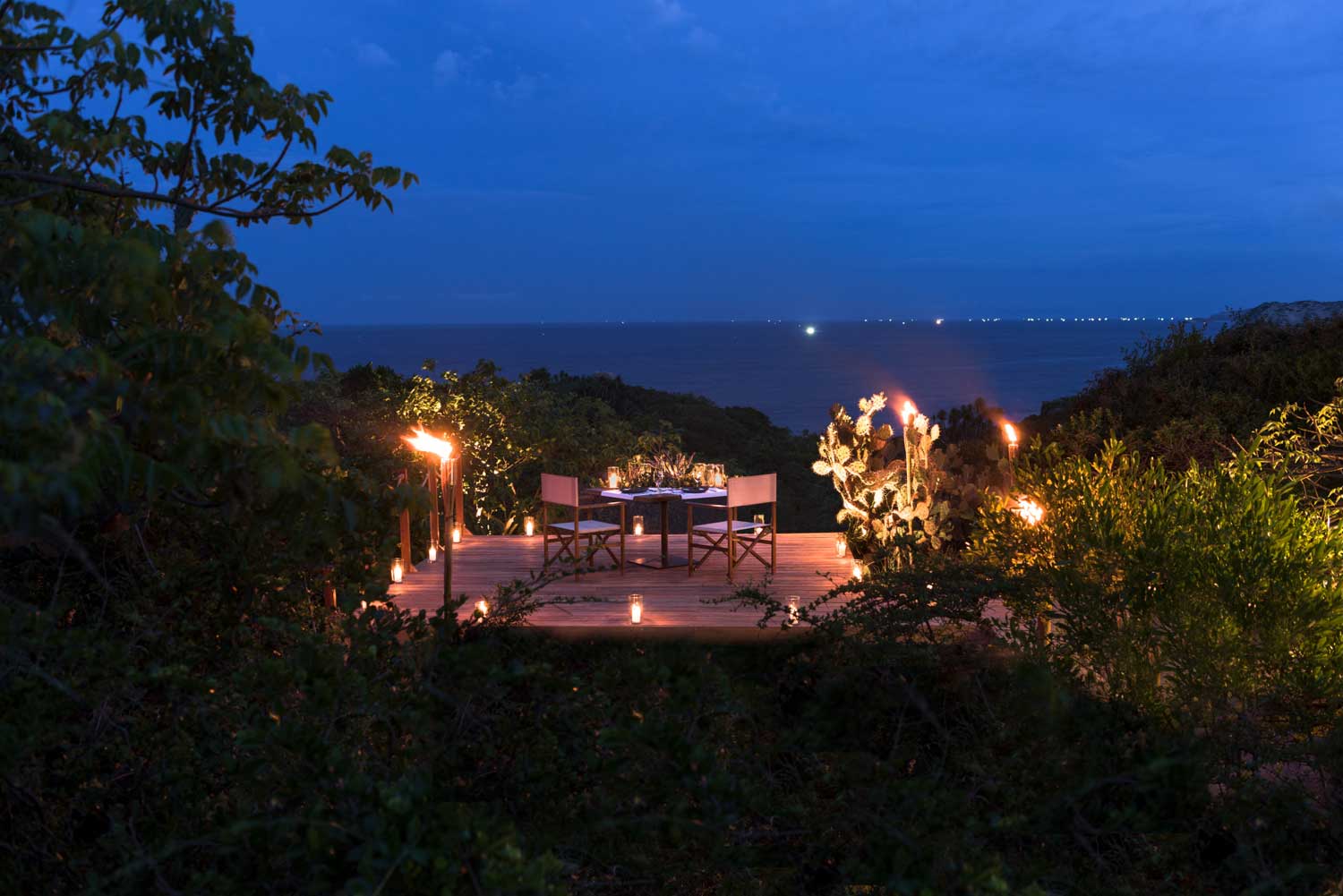 Priding themselves on their experiential dinners, this evening’s Sacred Cham Dinner was one of Amanoi’s most popular and I looked forward to it. Having been to the Po Klong Garai Temple, an architectural icon of the Cham Kingdom earlier that afternoon, it seemed appropriate that I dined on Cham cuisine this evening. Chams are an ethnic community living in southern Vietnam whose rich heritage can be traced back to the 2nd century. 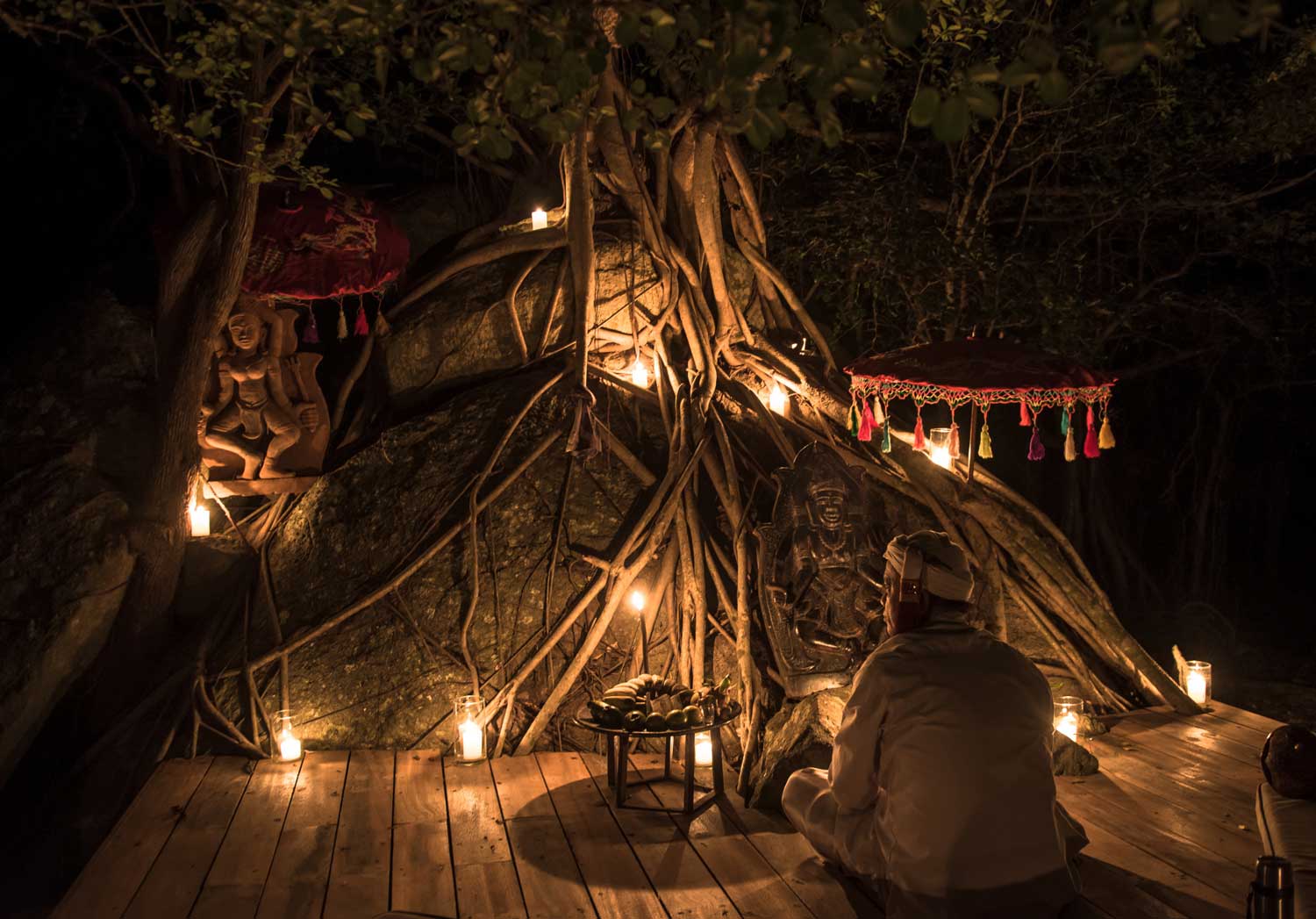