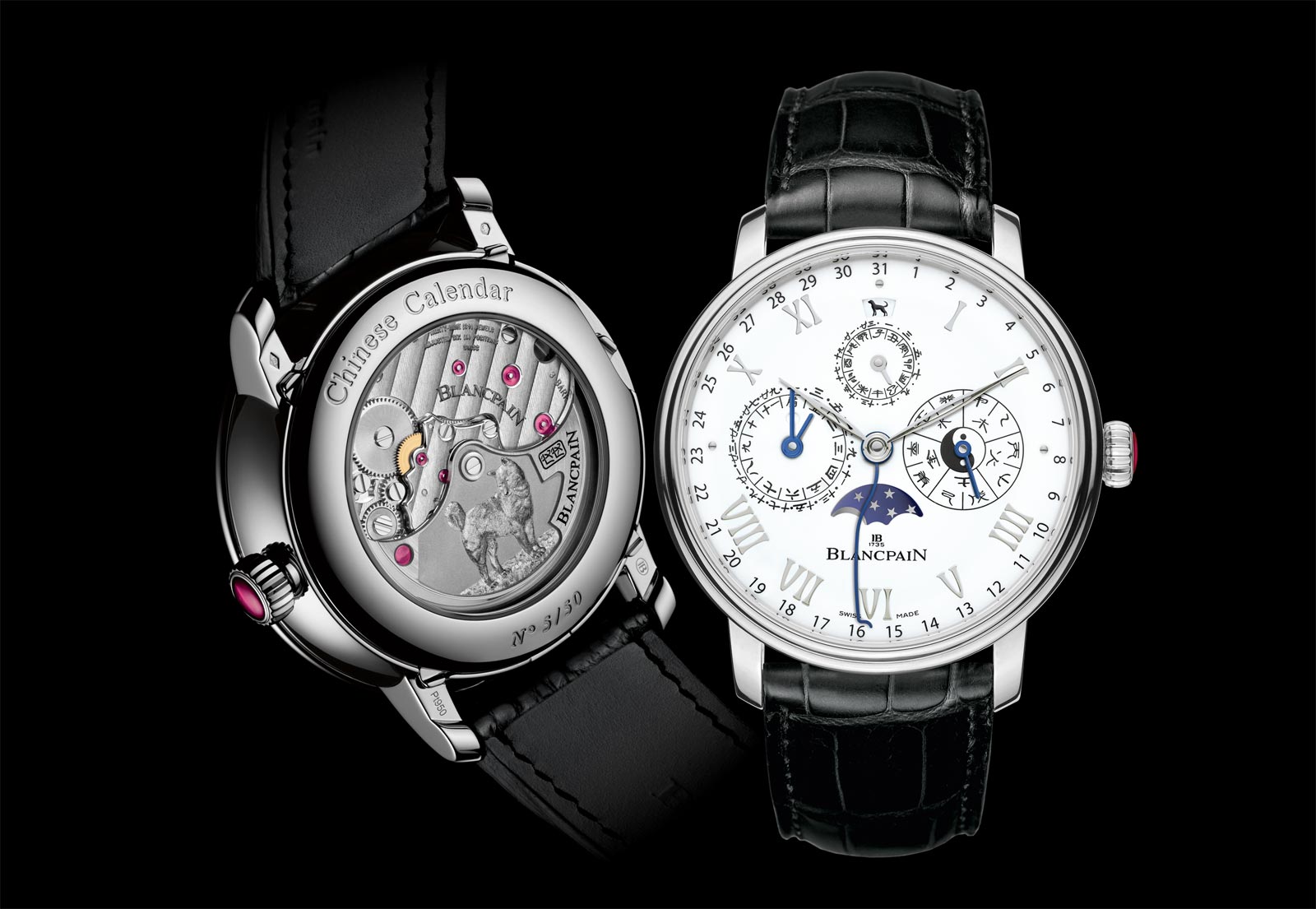 With the Western New Year celebrations still ringing in our ears, we look Eastwards and in particular China where they will be celebrating the Year of the Dog in February. To mark this occasion, Blancpain has introduced a limited edition Traditional Chinese Calendar timepiece.

This new Blancpain timepiece is based on the fundamental principles which have been established for millennia and is deeply rooted in Chinese tradition. On the dial, the hours, minutes and the Gregorian calendar rub shoulders with the main indications of the Chinese calendar: traditional double-hour indication, day, month with indication of leap months, signs of the zodiac, as well as the five elements and the 10 celestial stems.

The combination of the latter with the 12 animals of the zodiac that represent the terrestrial branches follows the sixty-year cycle that is central to Chinese culture. The moon phases, which is one of Blancpain’s key elements in their calendars, play a particularly important role in this model, given the link between the lunar cycle and traditional Chinese months.

Contrary to the Gregorian solar calendar which uses the solar day as the base unit, the traditional Chinese calendar is a lunisolar calendar, meaning a solar calendar with the lunar cycle (29.53059 days) as its base unit. As a year which comprises of 12 lunar months (354.36707days) is around 11 days too short when compared with the tropical or solar year (365.242374days), a leap month is sometimes added to preserve the match with the cycle of the seasons.

Given that each month of the Chinese calendar, including the leap months, begins on the day of the new moon, its length is either 29 or 30 days. This means that when a year comprises a leap month, this 13-month year will be longer than the tropical year. On the contrary, when there is no leap month, the year of 12 lunar months is shorter than the tropical year. This distinctive feature is the reason behind the variable date of the Chinese New Year – Phew!

The self-winding Calibre 3638 in this watch has a 7-day power reserve even though it needs to power 464 parts including 39 jewels.

Its complexity stems as much from the number of indications to be displayed as from the irregular nature of their cycles. The hours, minutes and the Gregorian calendar are presented in the centre. 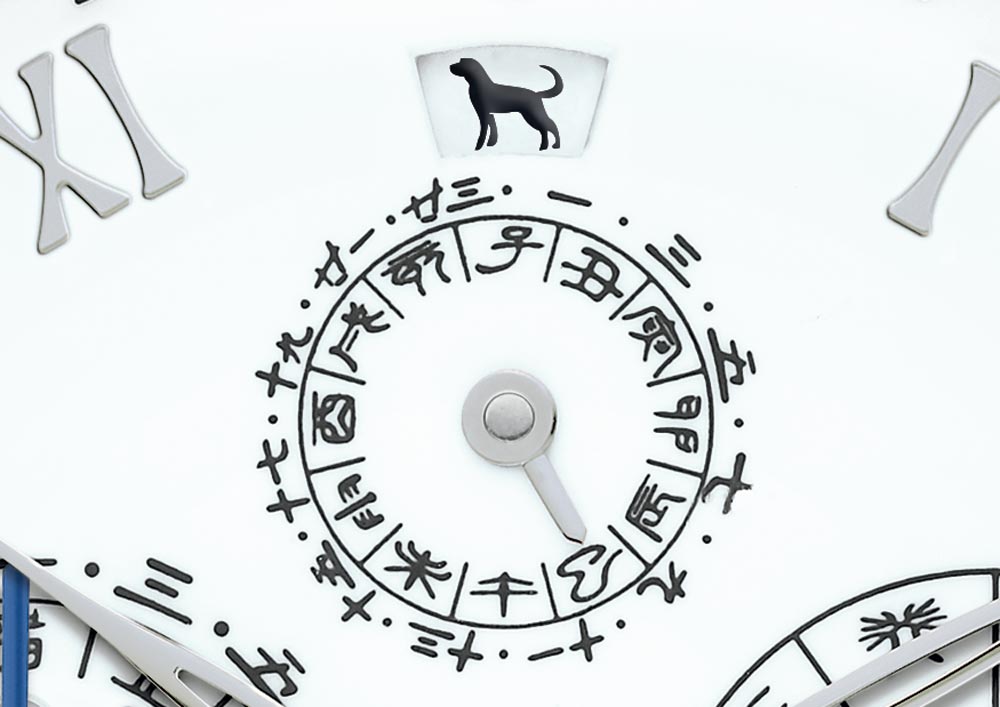 The counter at 12 o’clock indicates the double-hour numerals and symbols (24-hour cycle); while the one at 3 o’clock shows the elements and the celestial stems (10-year cycle). The month of the Chinese calendar (12-month cycle), its date (30-day cycle) and the leap month indicator appear at 9 o’clock, while the 12 o’clock aperture reveals the zodiac sign of the year in progress (12-year cycle); and the moon phases are displayed at 6 o’clock.2018is the year of the dog in Chinese lunar years. Hence, a dog is standing at the 12 o’clock aperture to indicate a soaring new year.

The 45 mm-diameter platinum case is fitted with a crown adorned with a cabochon-cut ruby and comprises of five integrated under-lug correctors serving just the indications.

This new Traditional Chinese Calendar watch also maintains the classic signature attributes of the Villeret collection: its double-stepped shape; a grand feu enamel dial with a chapter ring composed of gold appliques, and indications transferred before the firing process, the main hands shaped like slightly hollowed leaves; and the blued steel Gregorian date pointer appearing in the traditional serpentine form. This 50-piece limited-edition watch is equipped with a white gold oscillating weight, engraved with a dog to celebrate the year of 2018. The new Traditional Chinese Calendar watch is also available in a non-limited red gold version.

The price for the Blancpain Traditional Chinese Calendar Year of the Dog timepiece is £64,010.00 in the UK