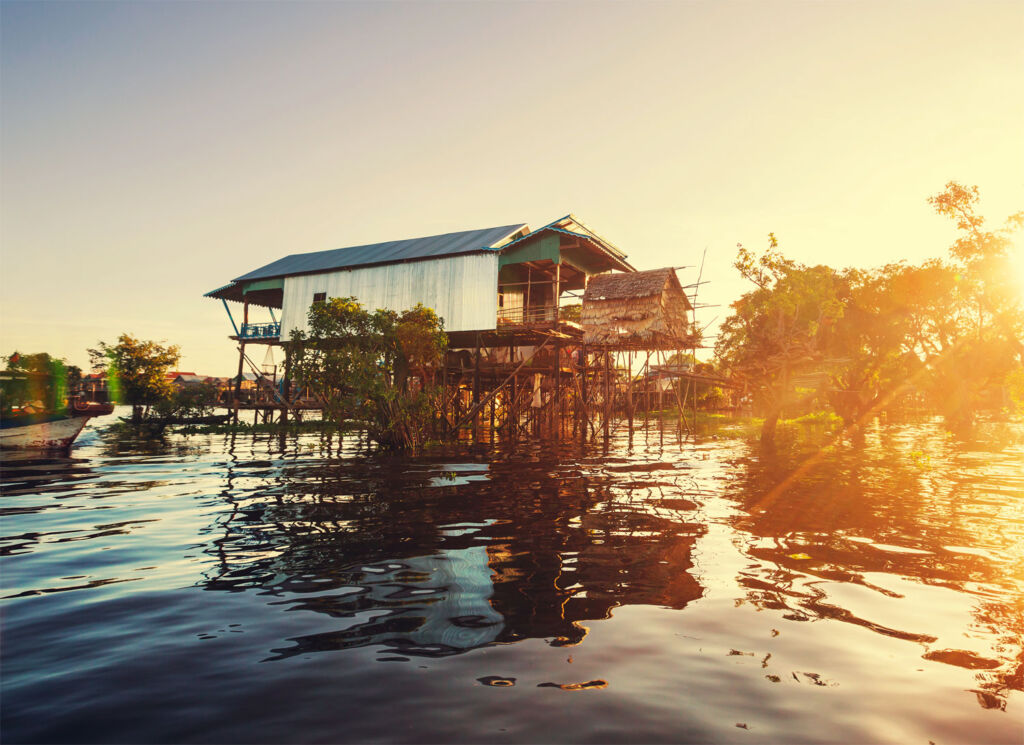 Gloria Mabery looks into the extraordinary wonders Cambodia has to offer travellers seeking to invigorate their senses through nature, history and culture.

From historic war sites to the prominence of Theravada Buddhism, Cambodia is a destination that never ceases to amaze visitors attracted by its mysticism, rich history, and mesmerising nature.

Being recognised as a home to the life-giving waters of the mighty Mekong River and the Tonle Sap Lake, Cambodia was once a challenge for the most daring travellers only; however today, it’s one of the world’s amazing places to enjoy a luxury trip to.

The remote regions that hide Cambodia’s most unique and distinctive culture and lifestyle were once hard to reach. Nowadays, luxury ships cruise the areas and provide a safe and enjoyable way of empowering. Add to this the personalised, luxury experience, and you’re looking at a brilliant way to explore a landscape that is incredibly culture-rich. 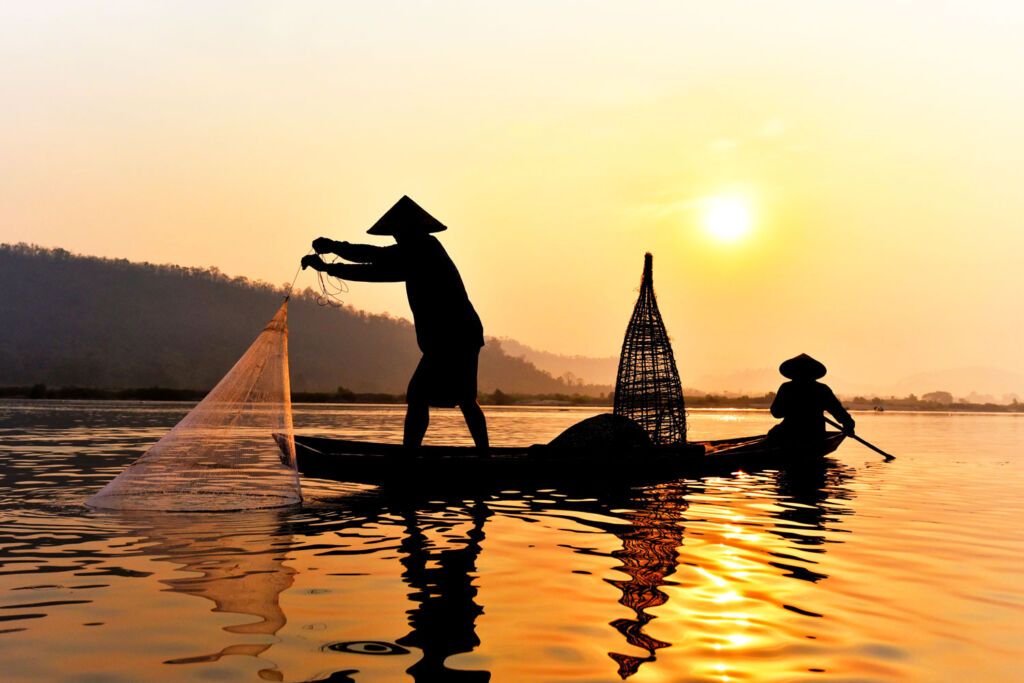 The Mighty Mekong River
Like great rivers, the Mekong has a lot of culture and civilisations that have flourished through the years. Exploring the river puts you in a position to pursue a glorious past that includes a wide variety of significant human accomplishments, as well as a multitude of cultural highs.

It’s not all about culture, though. Nature enthusiasts will enjoy the lower Mekong basin, which is a cradle for nature. There’s a certain wealth of fish that keeps people’s tables full, and a wide variety of large waterbirds. When it comes to the diversity of freshwater fish, the Mekong River is second only to the Amazon, as there are around 850 recorded species.

Explore the rice fields, and you’ll find even more wildlife species, as well as the Brahman ox, an animal that works those fields rather diligently. 70% of the population relies on agriculture, with Cambodia being one of the world’s main producers of rice.

And if you’re on a river cruise, one of the things you’ll love most is the local excursions. The local markets are a great way to get a taste of the region and feel like a local for a minute, and you get to choose between inland and floating markets.

They’re all different and will give you a different perspective of life along the river. For example, the Chau Doc floating market that’s close to the border with Vietnam has boats that hang their wares on long bamboo poles. This way, you can spot what you’re looking for from far away. 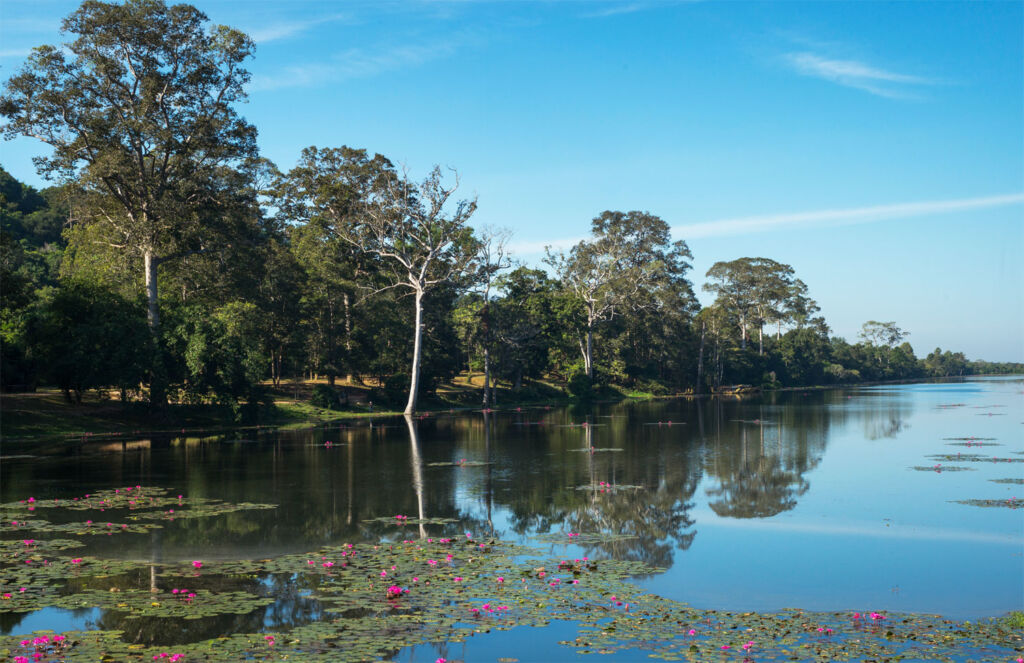 The Life-Giving Waters of the Tonle Sap Lake and River System
When the Khmer empire was at its peak, in the 12th century, the Tonle Sap lake and river system had nourished the population of over one million people. The system was to the empire what the Nile river was to the Egyptians. It gave the Khmer people assurance that they won’t have to worry about ever running out of water or food, which was no small feat.

This is why, since they didn’t have much to worry about, they were free to focus on artistic pursuits like silversmithing or silk weaving. This is also how they ended up with a rather flavoursome local cuisine and massive monuments like the Angkor Wat.

The lake is known as a lake that breathes because it’s actually quite a spectacle of nature. For most of the year, the Mekong River flows southwards from the Tibetan highlands, and the Tonle Sap’s water empties into it.

However, as the monsoon winds from the southwest result in an increased rainfall to the other parts, between May and October, the Mekong starts swelling. And by June, the water rises to a level that forces the Tonle Sap river to flow backwards, and into its own lake. The Khmer harnessed these currents to transport stones needed for monuments and temples, just like the Angkor Wat.

This makes it the only river in the world that, seasonally, flows both ways, and reverses its direction twice a year. And since the lake doesn’t have any other outlet, this inflow also means that the lake expands to about four times its size, going from 1,050 square miles to 4,500 square miles when at its peak. During this period which lasts about five months, it’s the largest freshwater lake in Southeast Asia.

And come November, the pressure on the Mekong is relieved, and the Tonle Sap reverses its course once again. This reversal is marked with Phnom Penh’s Water Festival, called Bon Om Touk, which lasts for three days.

It’s a stunning place to explore, really, and one that any traveller who wants to visit Cambodia should definitely experience. And if you do this while it’s a high-water season, it’s accessible by a cruise ship which is recommended as the best way to explore these mesmerising regions. You can enjoy the rare opportunity to discover fascinating aspects of the Cambodian culture that are brought to life on the water, as a life-changing experience.