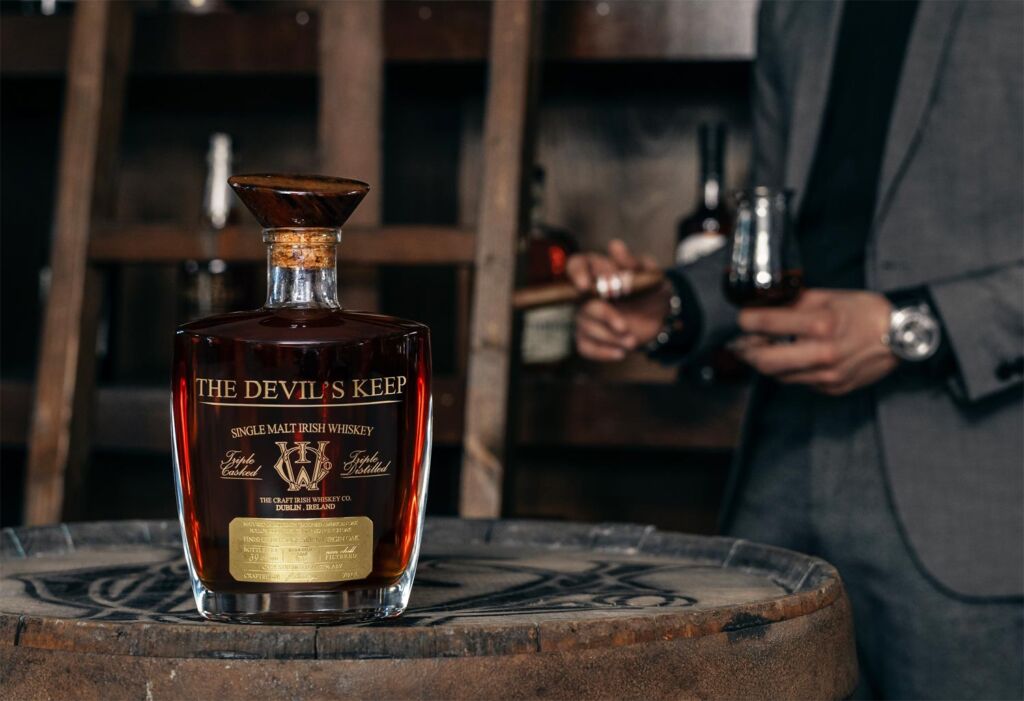 Christmas is a time for indulgence, and if you’re an Irish Whiskey Fan, you might consider, as we say “pushing the boat out” with a €10,000 bottle of the Craft Irish Whiskey Co’s The Devil’s Keep.

Recently the Craft Irish Whiskey Co. launched The Devil’s Keep which is the oldest ever triple distilled Irish single malt whiskey. But, this is just one aspect of what makes it an eye-opener, it’s also the most-expensive first release in the history of Whiskey with an eye-watering price tag of €10,000 per bottle.

If you’re thinking ‘no one would pay that’, the following should surprise you. Last month, the Devil’s Keep set a world record for the most expensive inaugural whiskey release ever at auction, selling for USD $60,000 in Houston!

The 29-year-old bottles of The Devil’s Keep usher in a new golden age of Irish Whiskey and fills a gap when it comes to ultra-luxury Irish Whiskey. There are 333 bottles of the Whiskey available now, and there are plans to release a further 666 next year. 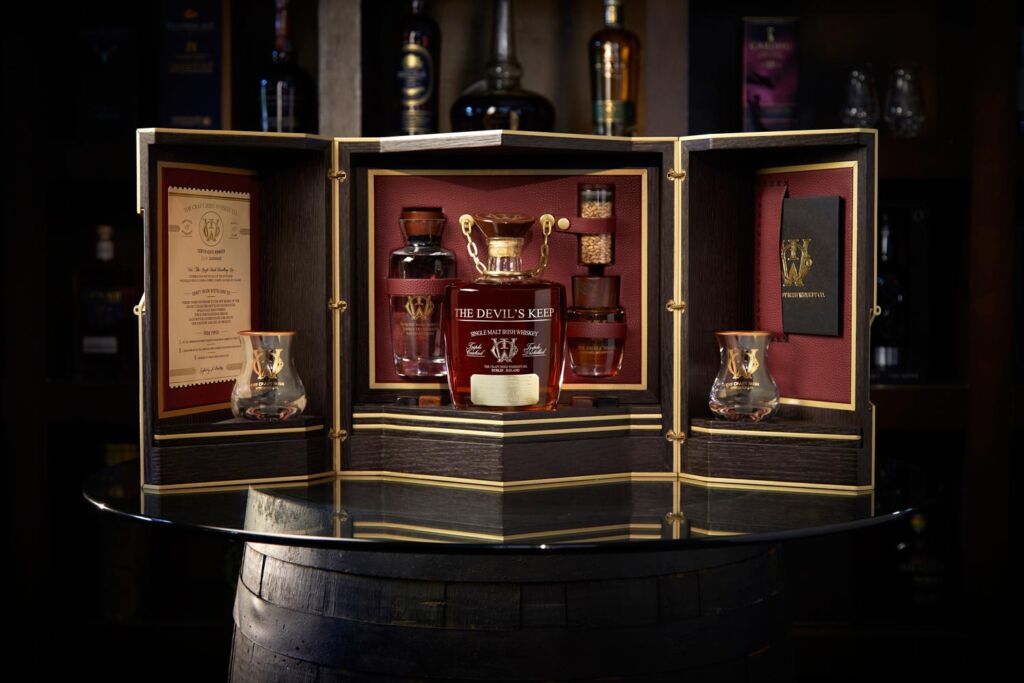 When you think of Whiskey, most people will automatically think of Scotland. The main reason for this is the vast number of distillers and the unmatched depth and range of its offerings. However, his doesn’t necessarily mean that Scotland is home to the best whiskey products in the world.

With the introduction of The Devil’s Keep, Jay Bradley, the Founder of The Craft Irish Whiskey Co. is aiming to redefine global perceptions of Irish Whiskey.

Jay said, “We’re thrilled to be celebrating Ireland’s whiskey resurgence by launching The Devil’s Keep, which has been a crusade sparing no expense to source the finest ingredients, and the most sublime flavours – it truly is the culmination of our devotion, passion and craft.” 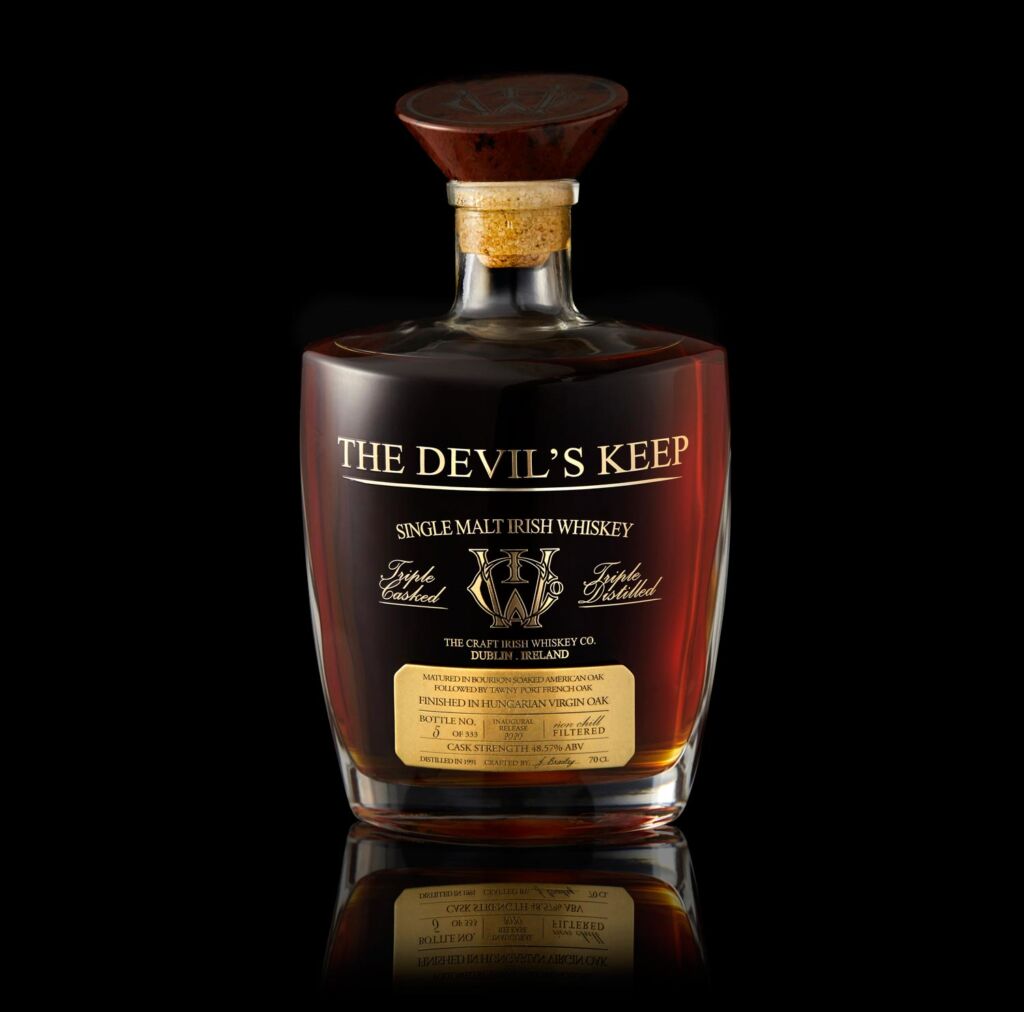 I’ll be frank and state that I haven’t tried it and given the price per bottle, it is no surprise why. Over the past few months, some mind-boggling sums have been paid for inaugural releases with buyers happy to pay out enormous sums of money to own a bottle of history. With regards to the Devil’s Keep nuances, I’ll leave this to people with significantly deeper pockets than me to provide some taste feedback!

Devil’s Keep Irish Whiskey – Where and how?

The Devil’s Keep whiskey is available to buy online for €10,000. For more information, please visit www.craftirishwhiskey.com.