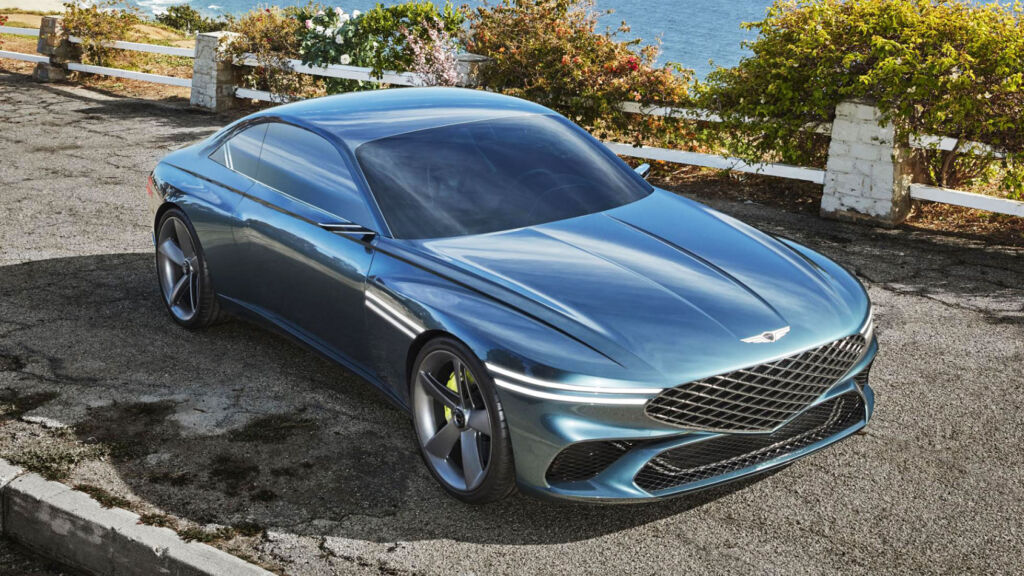 Concept cars are pretty much irresistible for just about every true car fan. The Genesis X Concept, the South Korean manufacturer’s vision of sustainable and stylish motoring is absolutely gorgeous, and even the highly experienced judges at the Red Dot Design Awards have found themselves unable to resist its obvious charm.

Genesis Motor has announced that their electric concept car, known as the Genesis X Concept, has been awarded a ‘Best of the Best’ Red Dot. The award came in the Mobility and Transportation segment of the Design Concept category, which Design Zentrum Nordrhein Westfalen in Germany hosted.

The Red Dot Design Awards began back in 1955 and are considered to be one of the world’s big three design distinctions alongside the IDEA Design Award and the iF Design Award. The Red Dot awards are an open competition and are divided into three distinct areas, Design Concept, Product Design and Brand & Communication Design.

This year’s Design Concept Category played host to 4,110 entries from almost fifty countries. From these, 61 entries were chosen after thorough evaluation based upon feasibility, functionality and innovation. As you already know, the Genesis X Concept picked up the award for the ‘Best of the Best’, proving those Korean designers know more than a thing or two about creating beautiful looking cars. 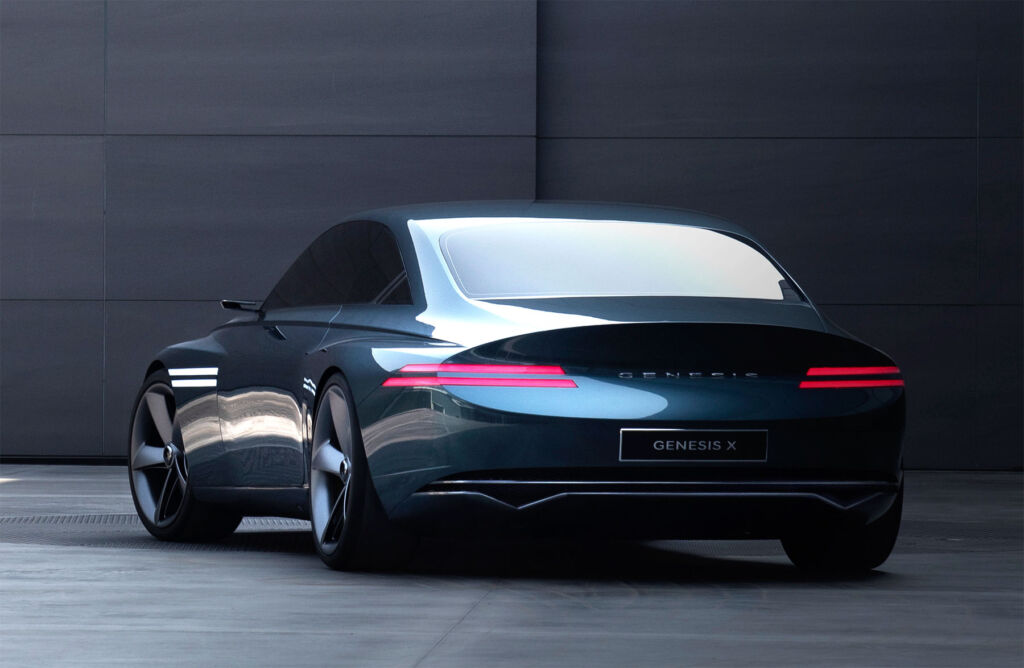 On the win, Luc Donckerwolke, Chief Creative Officer of Genesis, said, “The aristocratic elegance of the Genesis X Concept exudes harmony, combining sculpture-like beauty with athletic proportions. Our intention was also to demonstrate our vision with our automotive passion.”

SangYup Lee, Global Head of Genesis Design, added, “As a Genesis brand icon, it is a quintessential luxury GT design. The iconic Two Line brand signature and the Athletic Elegance is the essence of Genesis design philosophy. They combine to convey our passion experienced only in a Genesis. It is our design dream team, who put their passion and heart into this project and also our modellers and engineers who made this dream come true.” 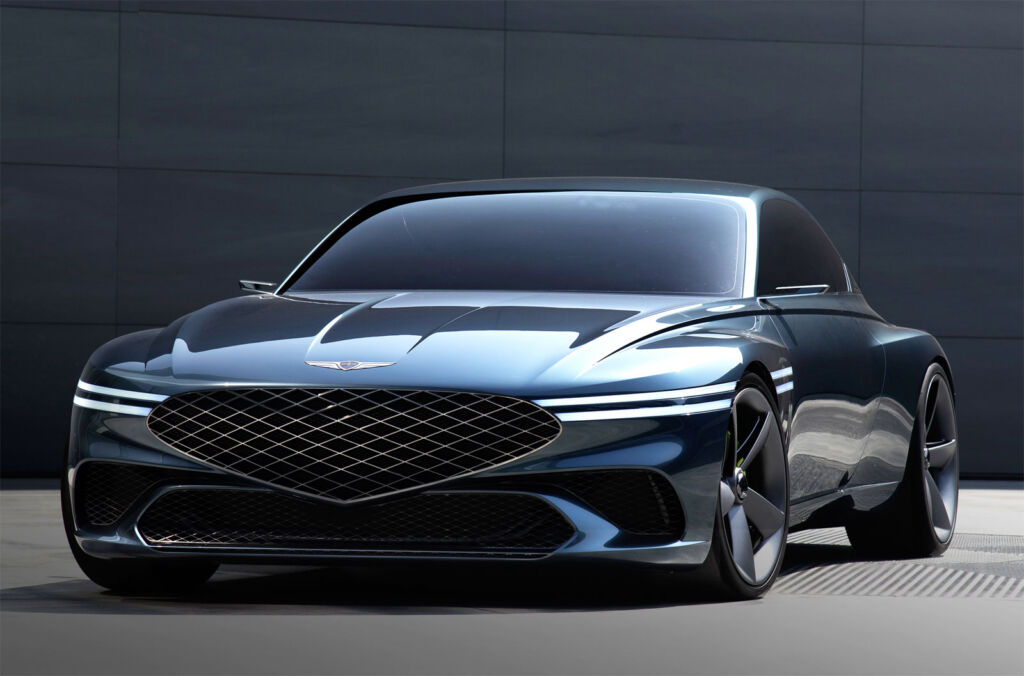 About the Genesis X Concept Car
The Genesis X Concept is an electric car that contains the brand’s core design element, the Two Lines. It is a GT (Gran Turismo) concept that looks like an even prettier version of the Volvo P1800 concept seen a few years ago. The Two Line design concept is evident throughout the vehicle and extends to the vehicle charging port and many other aspects inside the car, which could point the way for future electric vehicle designs.

One surefire winner with any concept car design is having a low and wide front which the Genesis X Concept has. Its aggressive stance coupled with a superman crest shaped grill, two-line headlights and double-layered bumpers all help to make the car look sleek and purposeful.

The car’s interior features a driver-oriented, cockpit-inspired design in which all operating systems and displays surround the driver and which emphasises the Beauty of White Space – an aesthetic philosophy that is distinctly Korean. The designers also chose to use upcycled materials for the interior of the car, which shows that new cars can indeed be considerably more sustainable. 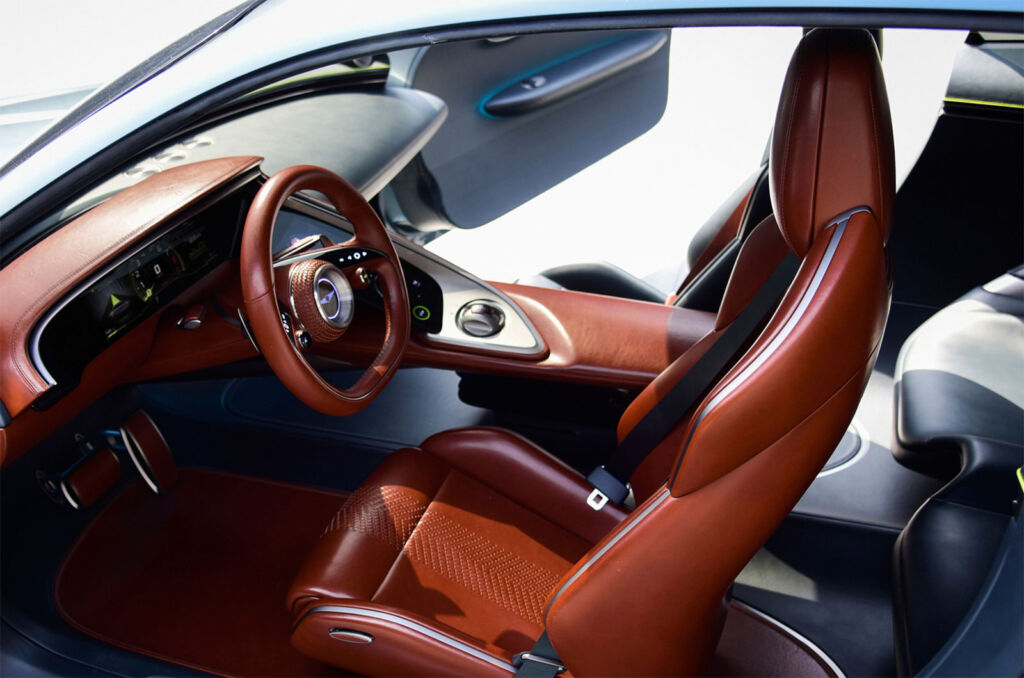 The eco-friendliness continues across many aspects of the vehicle; the concept incorporates a new weave-patterned fabric/material on the steering wheel, seat belts and the airbag covers produced from the leftover leather pieces used in the production process.

Concept cars are always amongst the most beautiful and stylish cars ever made. However, the drawback is that with most concepts, when they do go into production, they come to the consumer market as a pale imitation of what the designer initially envisaged.

Genesis has already won us over with the fantastic interior and exterior styling of their G70 and GV70 models and we are hoping that if and when the Genesis X Concept goes into production, it won’t look a million miles from the car we see in the feature.