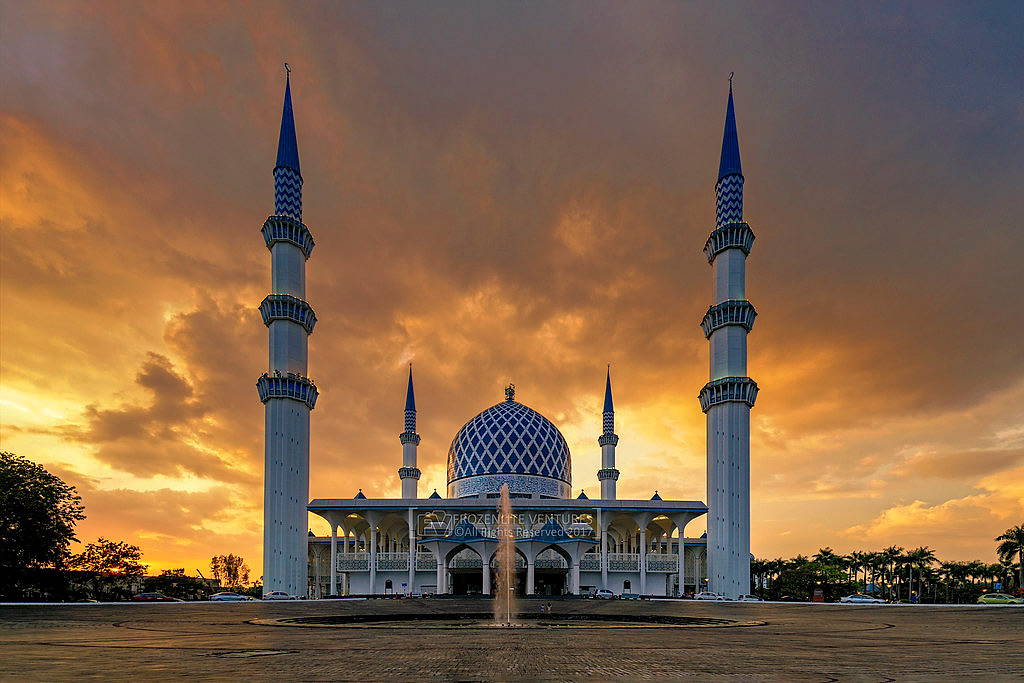 Selangor is home to various cultural and religious tourism attractions, and this is down to Malaysia’s cultural diversity. As we are now in Ramadan month, here is a guide to ten of the most impressive mosques you should try to visit while in the state.

Malaysia is a hugely popular destination for tourists, and for most people visiting the country, Kuala Lumpur is usually the first port of call. Just 20kms from Kuala Lumpur is the state of Selangor. It’s so close to Kuala Lumpur that the two areas frequently seem to blur into each other, creating one giant ‘superstate’. 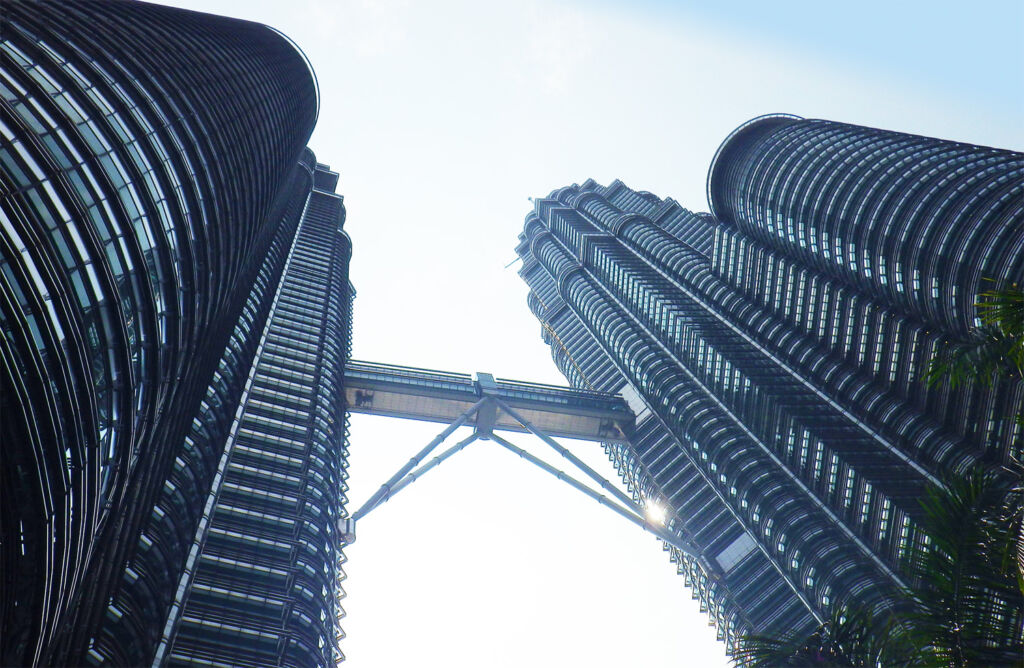 What are Mosques and can you visit them?
Mosques (masjid in Arabic) are places of worship and places people go-to for reflection and rest. As they are religious buildings, many tourists are unsure whether they can be visited. The good news is that pretty much all of them can, and when you do, you’ll find them to be incredibly welcoming.

They are also stunning in their design, and if you’re a fan of incredible architecture, a visit to a mosque is guaranteed to make a vacation even more memorable.

The oldest surviving one in Malaysia is the Kampung Laut Mosque in Kelantan, which some say hails from as far back as the 1400s. However, Kelantan is quite a hike from Kuala Lumpur. So, for a beautiful, photo-worthy selection, Selangor, with its 425 architectural gems, is the place to visit.

Below is a hand-picked list, put together with the assistance of the Selangor Tourism department for us which should save you a lot of time when searching out the best examples.

Sultan Salahuddin Abdul Aziz Shah Mosque also goes by the name of the “Blue Mosque” due to its majestic blue and silver dome. It boasts interesting architectural features and a stunning interior. Its design is a combination of modern and traditional Middle Eastern and Malay, and the vast size of the Mosque allows it to accommodate up to 16,000 people at one time. 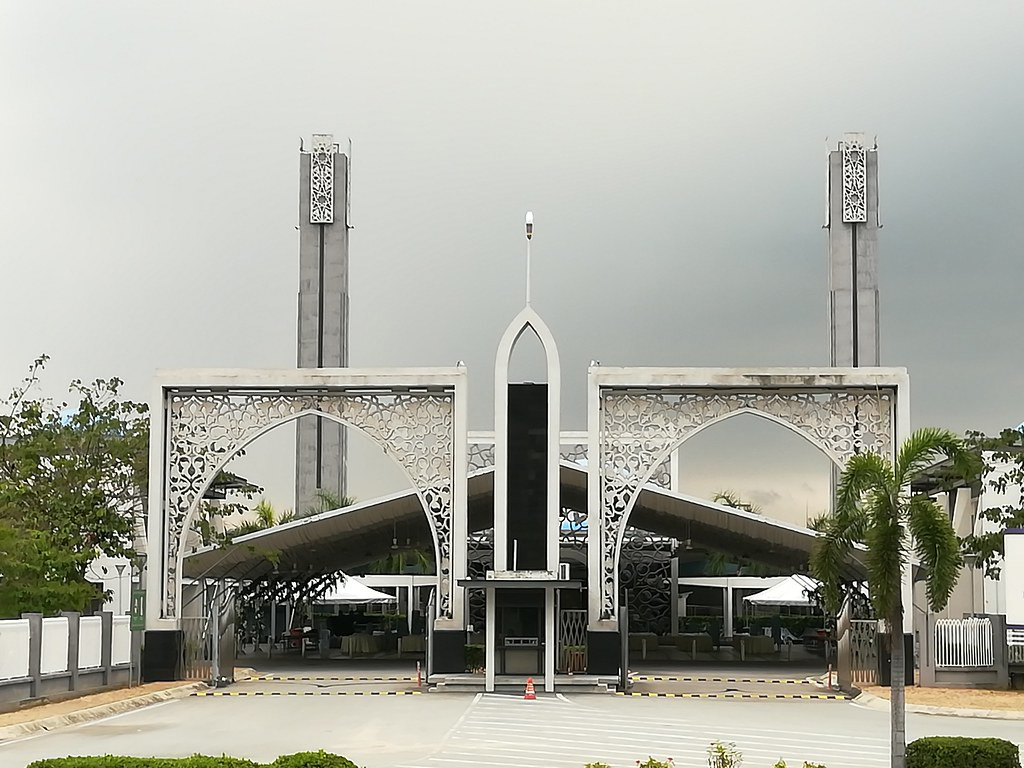 2) Puncak Alam Mosque
The Puncak Alam Mosque mosque covers 9.5 acres and can accommodate approximately 5,000 worshippers at one time. It features a modern Mediterranean design. Visitors will be pleased to know that the Mosque has all the requisite amenities making for a comfortable visit. 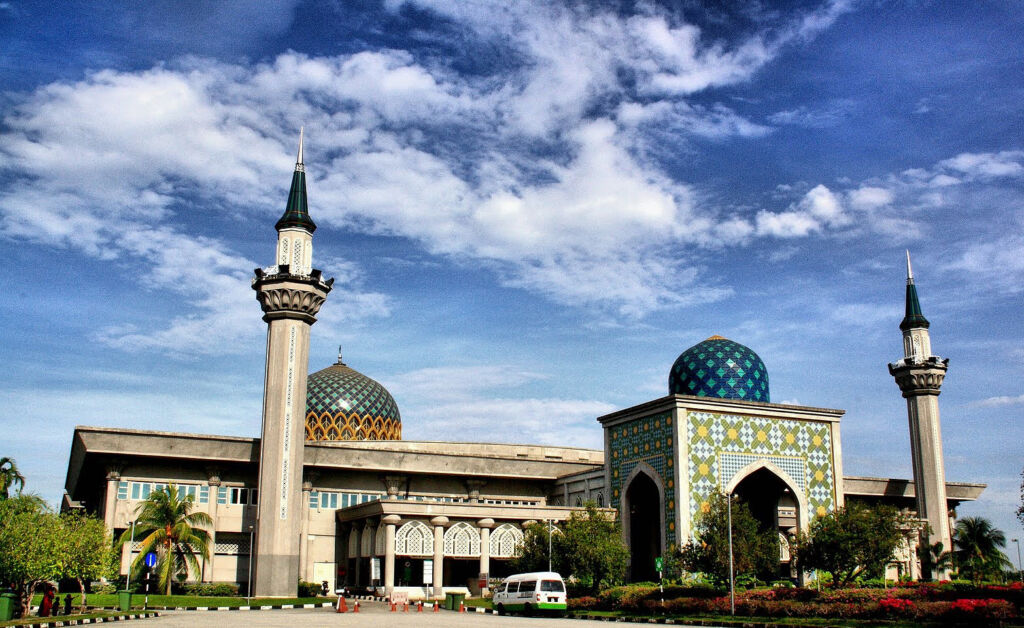 It was built in conjunction with the opening of KLIA in 2000. The design features architectural influence from both Middle Eastern and Malay cultures, and the Mosque can accommodate 8,000 worshippers at a time.

4) Sultan Suleiman Royal Mosque
The Sultan Suleiman Mosque, also known as the Royal Mosque, is located in Klang and was inaugurated by Sultan Alauddin Shah in 1932. The Mosque was constructed in an octagonal garden pavilion-style structure, features a combination of western art decoration and neoclassical Cathedral design.

It was closed temporarily in 2015 and resumed operation in 2017 after an upgrade, and continues to become a popular mosque to Klang residents and tourists until today. 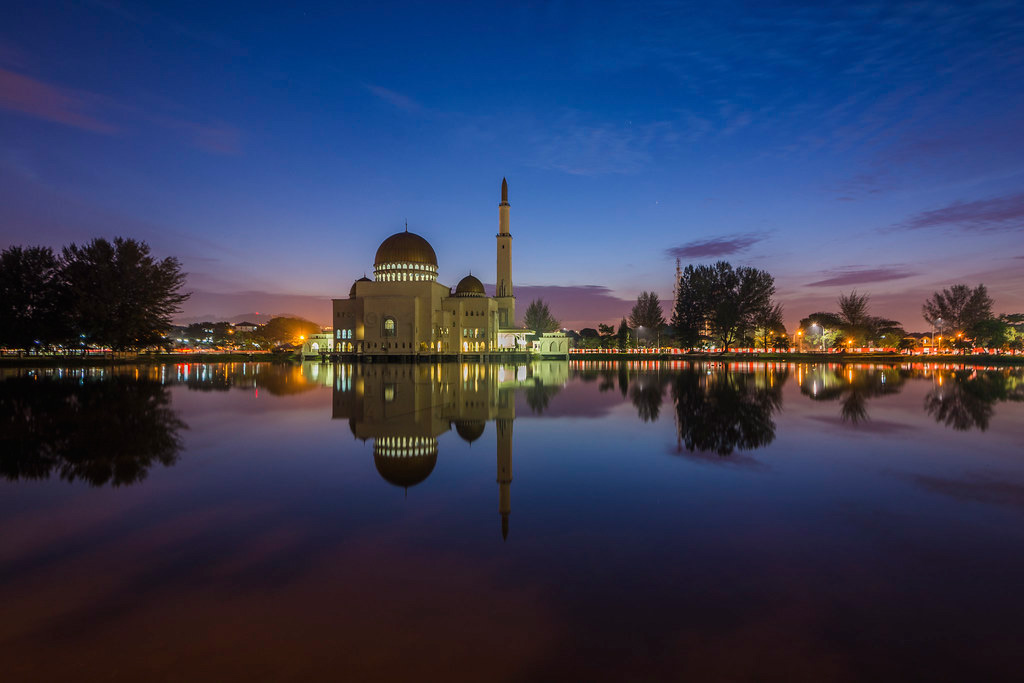 5) As-Salam Mosque
As-Salam Mosque located in Taman Puchong Perdana is also known as the Floating Mosque; the only Mosque of its type in Selangor. The mesmerising golden dome and its extraordinary location within Puchong Lake are some of the reasons why so many people choose to visit it.

It was completed in 2006 and can accommodate 4,000 worshippers at a time. Probably the best time to visit it, particularly if you want to take a memorable photo, is in the evening and at dusk where you’ll get some spectacular reflections from the water.

The exterior is covered with inscriptions from the Quran, and the clean design is based on typical Middle Eastern Islamic architecture. It also features a central dome and four massive identical minarets. The Mosque can hold 5,000 worshippers and also serves as a community centre. 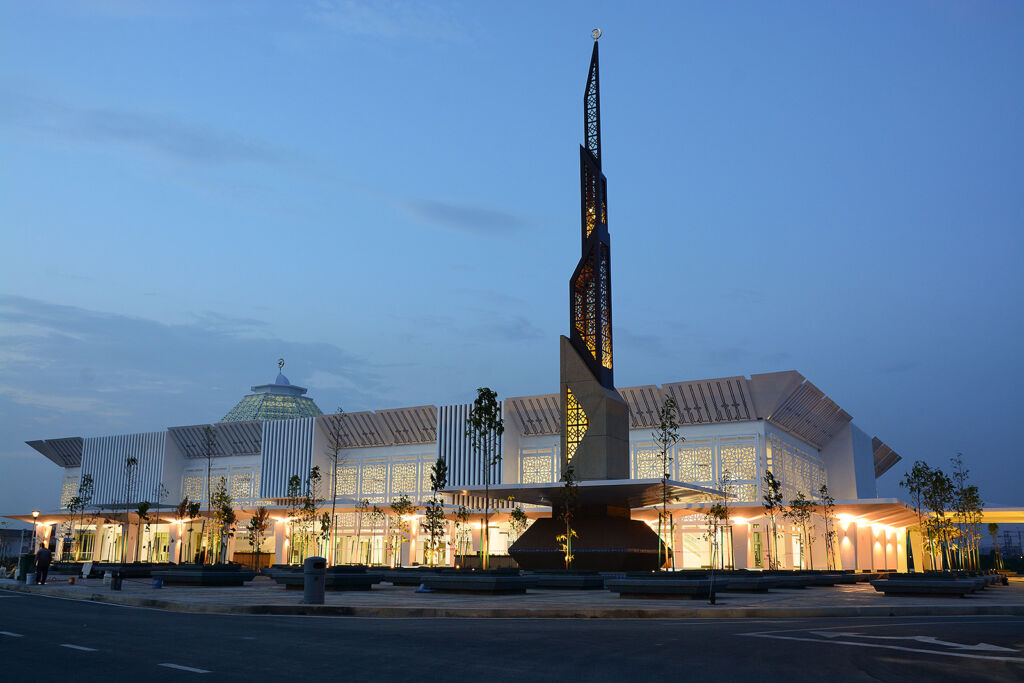 7) Raja Haji Fi Sabilillah Mosque
The Mosque opened on June 22nd 2016, and was the first Mosque in Malaysia to receive a Platinum – Green Building Index award. It is located in Cyberjaya, a town 30 km north of KLIA, and known as the Green Mosque as it was constructed based on an environmental-friendly concept.

The Mosque uses energy-efficient LED lights, natural air ventilation, rooftop solar panels and a rainwater harvesting system and can accommodate more than 8,000 worshippers. Elevators for the elderly and disabled are available as well as a wedding function room and children’s playground.

8) Ara Damansara Mosque
It is the first Mosque built in the township of Ara Damansara in Petaling Jaya. It was officially opened in January 2015 and features exciting urban Islamic architecture. Occupying 6 acres of land, it can hold 1,500 worshippers at a time.

Taking the Green Building Index concept, the Mosque incorporates many environmental-friendly features. There is also a mini playground and other convenient facilities. 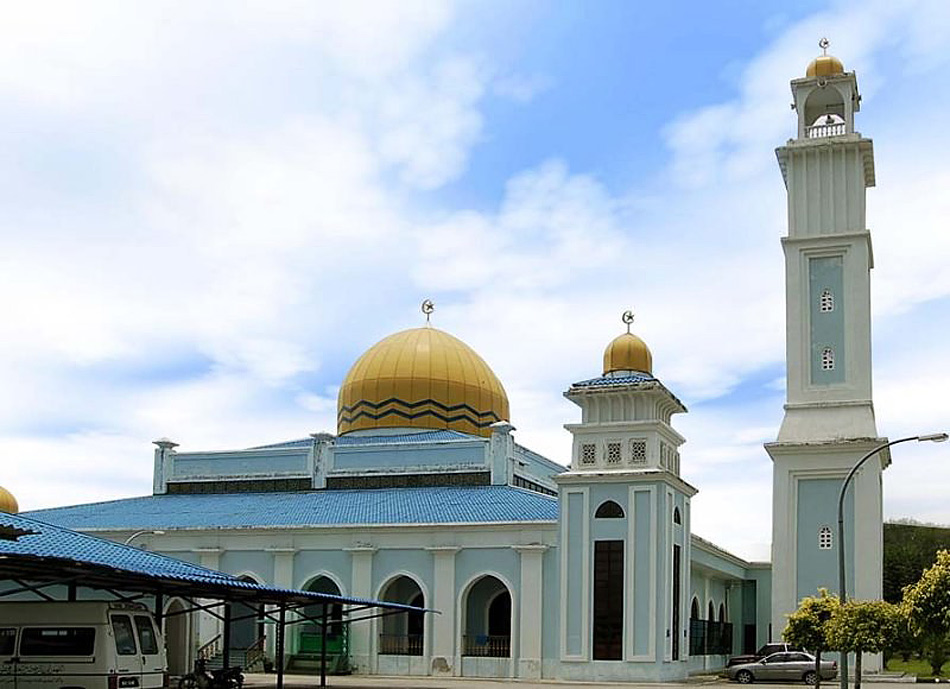 The Mosque features a classic English concept with tall, elegant minarets and has a single large dome in the middle, flanked by four smaller domes on either side.

The Mosque has become a historical monument of Selangor, with intricate wood carvings on the exterior, while the interior features inscriptions from the Quran. The design features a fusion of Indian-Muslim and Middle Eastern cultures.

Mosques in Selangor are not only must-visit places during festive seasons. Apart from being a place of worship, they are also open to tourists to experience the amazing architectural diversity.

However, the capacity of the mosques is subjected to the SOPs set by the Malaysian Security Council post-pandemic.

Those who manage to visit the mosques need to register their entry through the “SElangkah:Langkah Masuk Dengan Selamat” mobile application. They must also maintain social distancing, apply hand sanitisers on a regular basis and wear face masks at all times.