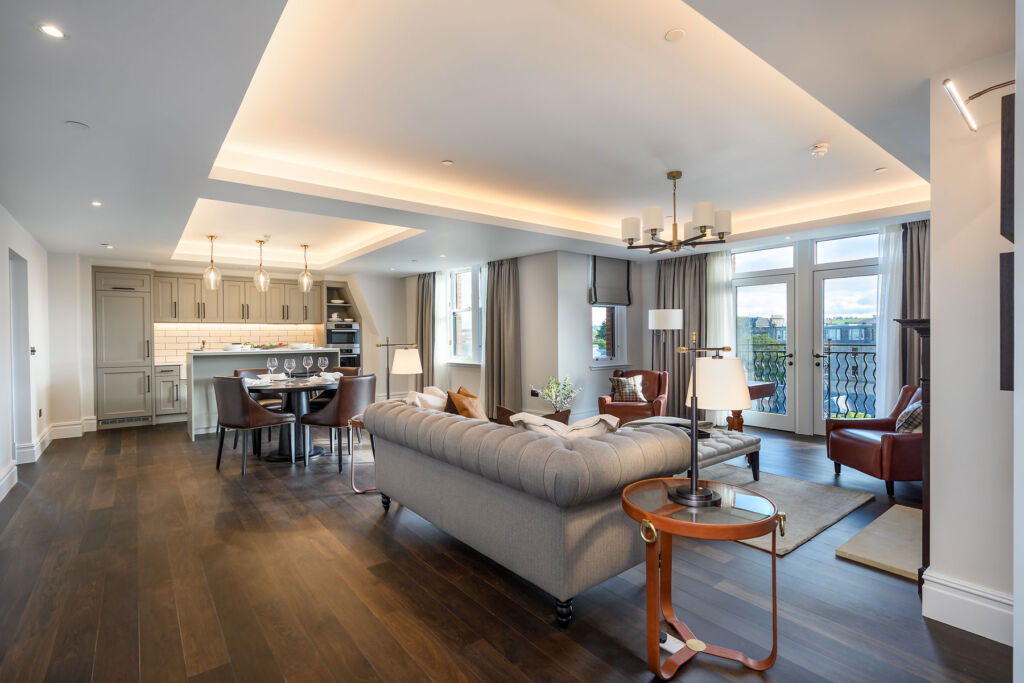 Hamilton Grand, the 27 private residences on the world’s most famous golf course, has had a flurry of eight sales in the last year and a half, with only Apartment 26 offering the final chance to live in the most coveted address where golf was born.

American Herbert Kohler bought Hamilton Hall in 2009 to go with his purchase of the iconic five-star Old Course Hotel, Golf Resort & Spa in 2005. Unfortunately, he passed away this year, meaning he could not witness the final unit of his passion project sell. By investing in the former university residences, he ensured golf’s most famous backdrop was protected at The 150th Open this year, where Australian Cameron Smith was victorious.

With its distinctive bell-shaped dome, the iconic red sandstone Hamilton Grand is the second most photographed building in the world of golf as it provides the backdrop to many significant golf championships and is one of the most famous landmarks in St Andrews, having featured in the film Chariots of Fire. 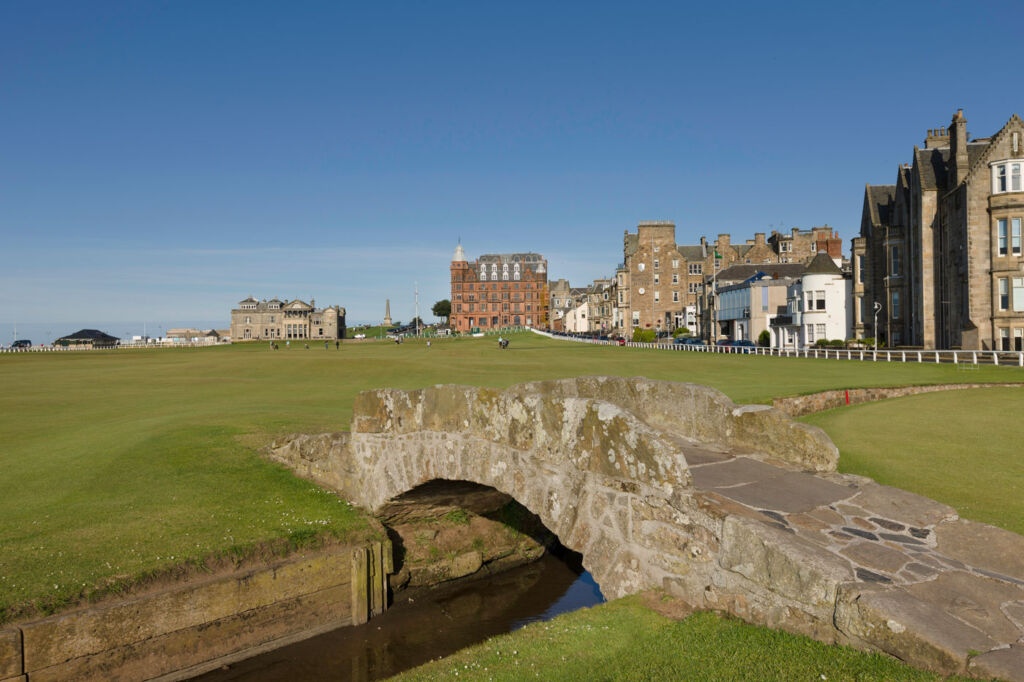 Jamie Macnab, Head of Edinburgh Country Houses at Savills, commented, “Overseas buyers are currently boosted by the weak pound and looking for super-prime deals, and at Hamilton Grand, we’ve seen strong demand in the last eighteen months, with a third of the residences selling. Significantly post, Covid, the market saw an uptick in international buyers, with five of the homes going to Americans and two to Brits.

Herbert Kohler set a new benchmark for real estate in not just St Andrews or Fife but all of Scotland in terms of quality and pricing, and contributed to making the seaside town the undisputed mecca of golf.” 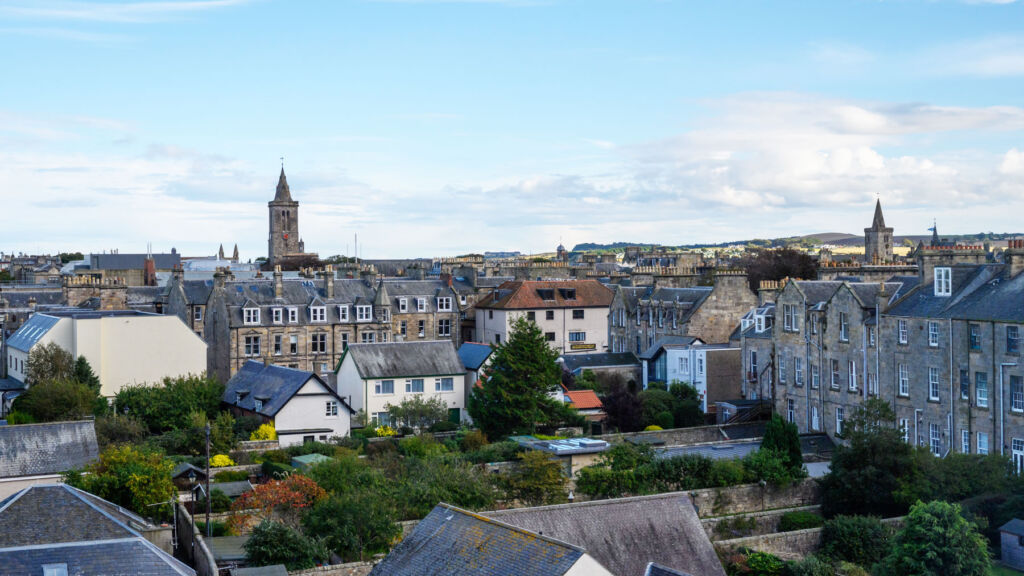 The last remaining apartment is the show apartment (number 26) on the fifth floor, which is 1,592 sq ft with two bedrooms and 2.5 bathrooms, with views overlooking St Andrews’s town. 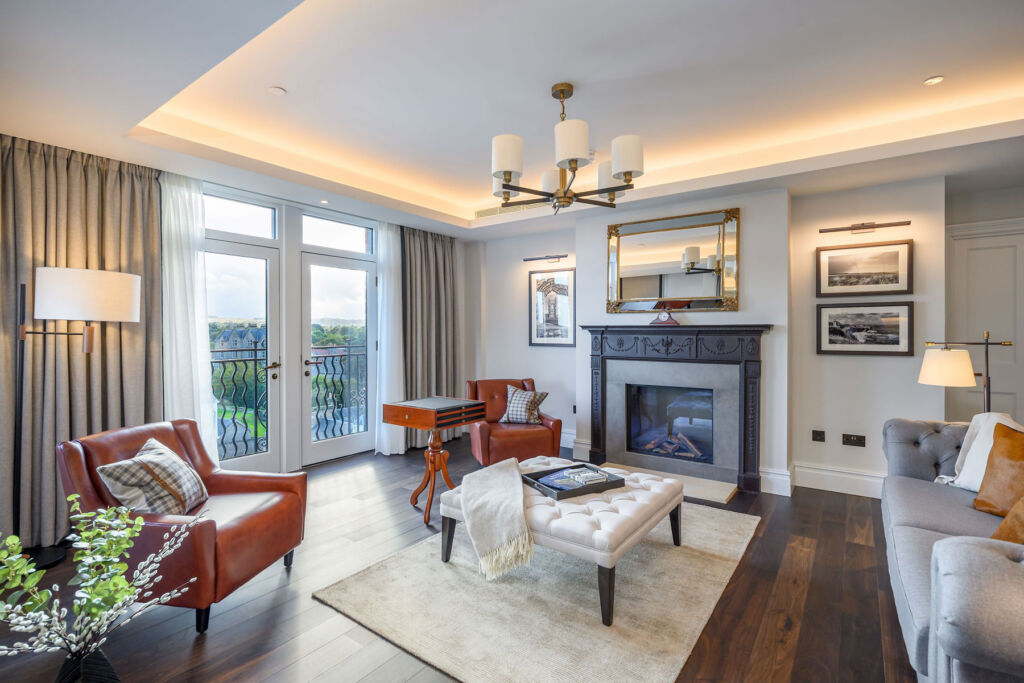 It boasts impeccable contemporary interior design with Scottish accents drawing from the colours, textures and landscape surrounding the area, by Glasgow-based OCCA Design, with an entrance that extends into an open-plan living kitchen-dining area with fireplace, as well as a Juliet balcony. Soft silhouettes, rich, tactile materials and a gentle pallet of stone and smoky greens are mixed with characterful and eclectic furniture pieces that inject colour and personality into every room. 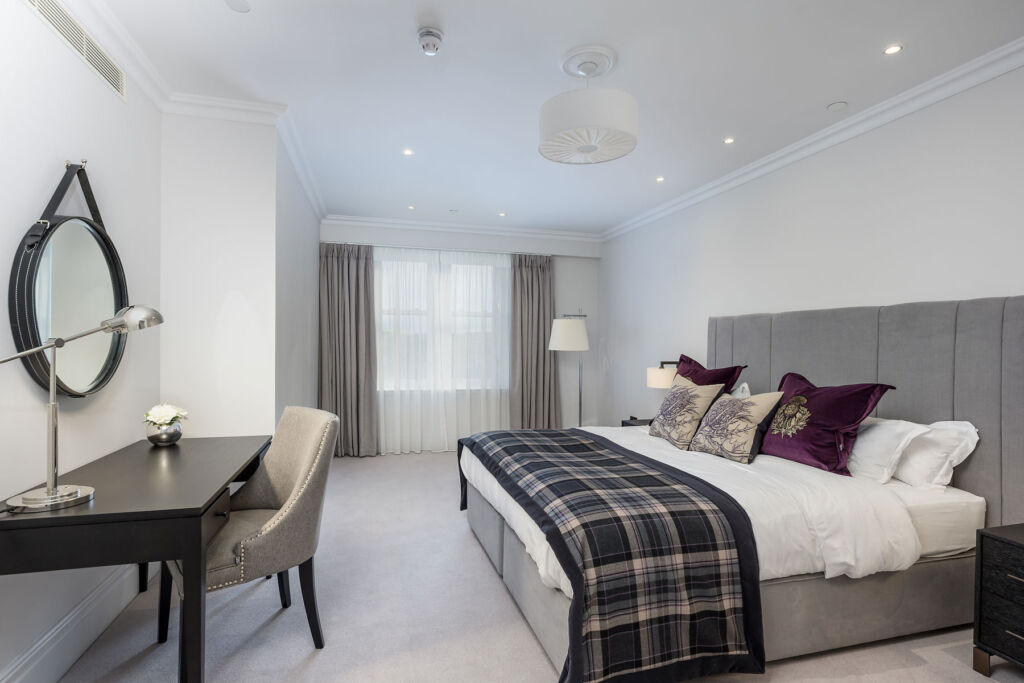 Hamilton Grand’s Heritage Hamilton Hall, which opened as a hotel in its own right in 1895, remains a stately six-storey building of 45,000 sq ft that overlooks the 18th green and fairway of the Old Course, the world’s most famous golf course. It looks down West Sands beach and out to the North Sea and sits adjacent to the 255-year-old Royal & Ancient Golf Club. 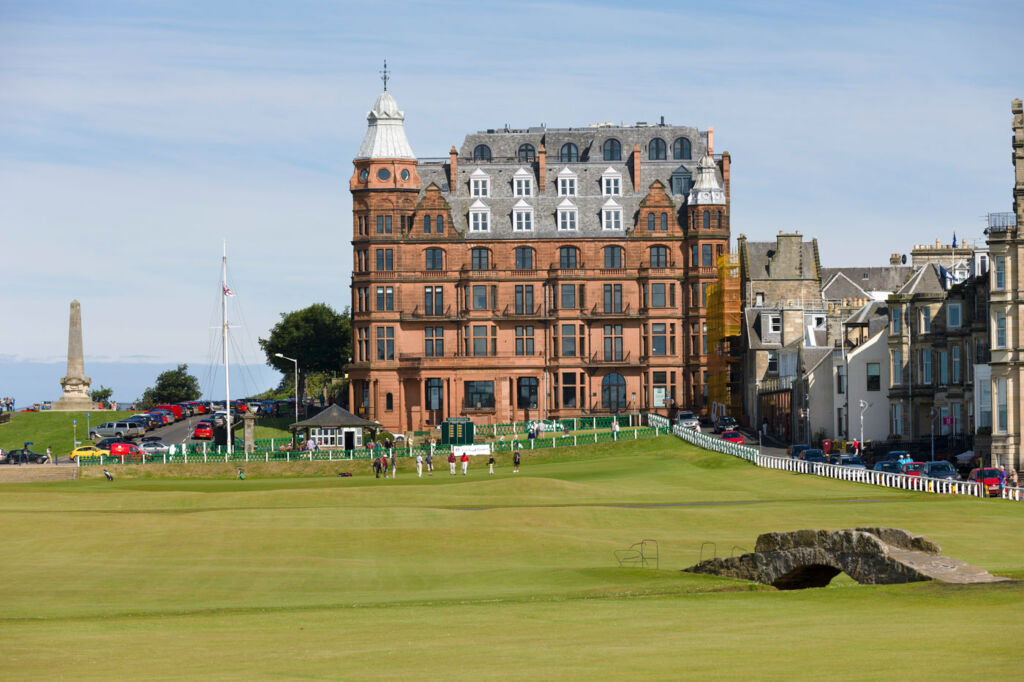 It was the first building in Scotland to have a pneumatic elevator and hot and cold running water in every bathroom, setting the benchmark for the ultimate in luxurious hospitality. During the Second World War, the Air Ministry of the United Kingdom requisitioned the hotel and transformed it into the training headquarters of the Royal Air Force.

Shortly after the war, the University of St Andrews acquired the building and opened it as a hall of residence, and for 56 years, Hamilton Hall faithfully served the university’s student body.

Golf Devotee Herbert Kohler Herbert was the third generation Kohler, to helm the Wisconsin company, serving as CEO for 43 years and later as its executive chairman. Founded in 1873, Kohler Co. is one of America’s oldest and largest privately held companies with now more than 40,000 associates worldwide with an aim to enhance the quality of life for current and future generations through design, craftsmanship and innovation.

Whilst it is best known for its plumbing products, the company also manufactures furniture, cabinetry, tile, engines, and generators. However, Herbert diversified the business with a golf and hotel arm boasting a range of five- and three-star hotels. In his home country, golf enthusiast Herbert put his beloved home state of Wisconsin on the map as a global golf destination. He opened the famous courses Blackwolf Run and Whistling Straits, which have hosted six major championships and culminated with the Ryder Cup in 2021.

For further information on Hamilton Grand and Apartment 26, which is priced at £2,892,000, visit www.hamiltongrand.co.uk. 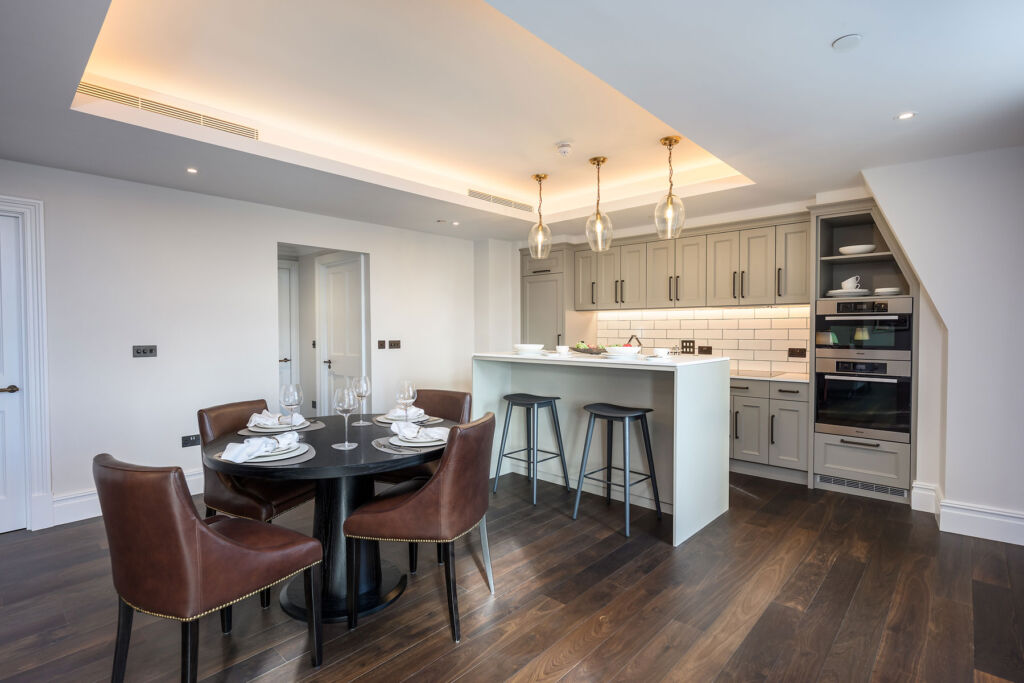