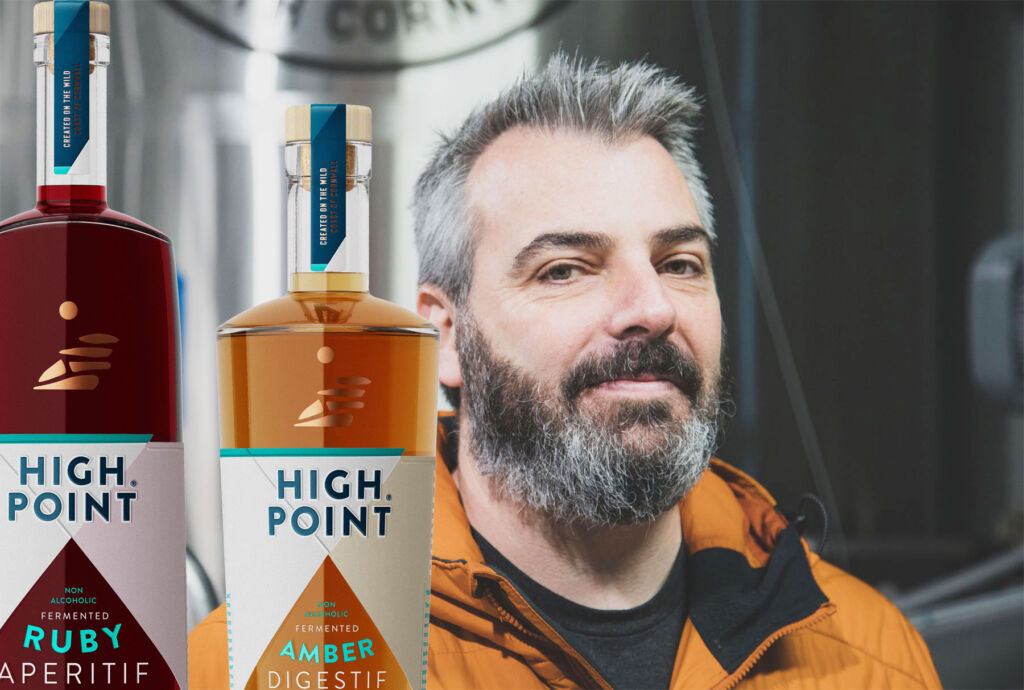 Made with Cornish spring water, tea leaves, and a selection of natural ingredients from the surrounding Cornish countryside, High Point Drinks Founder Eddie Lofthouse said it was important to reflect choice in the rapidly growing low & no alcohol sector. Luxurious Magazine’s Sabi Phagura chats with Eddie with a Ruby aperitif in hand.

Luxurious Magazine: Why did you decide now was the time to launch a non-alcoholic beverage?
Eddie Lofthouse: We’ve been making beer via Harbour Brewing since 2012 in Cornwall, which started due to us not getting the beers that we loved down in the South West. It was a bit of the same with non-alcohol, really. We have always made things from start to finish and felt non-alcoholic spirits didn’t really have something properly crafted. We wanted to use raw and natural ingredients, create something full of flavour, and also have a production story that matched any other part of the drinks industry. So we felt no time like the present. 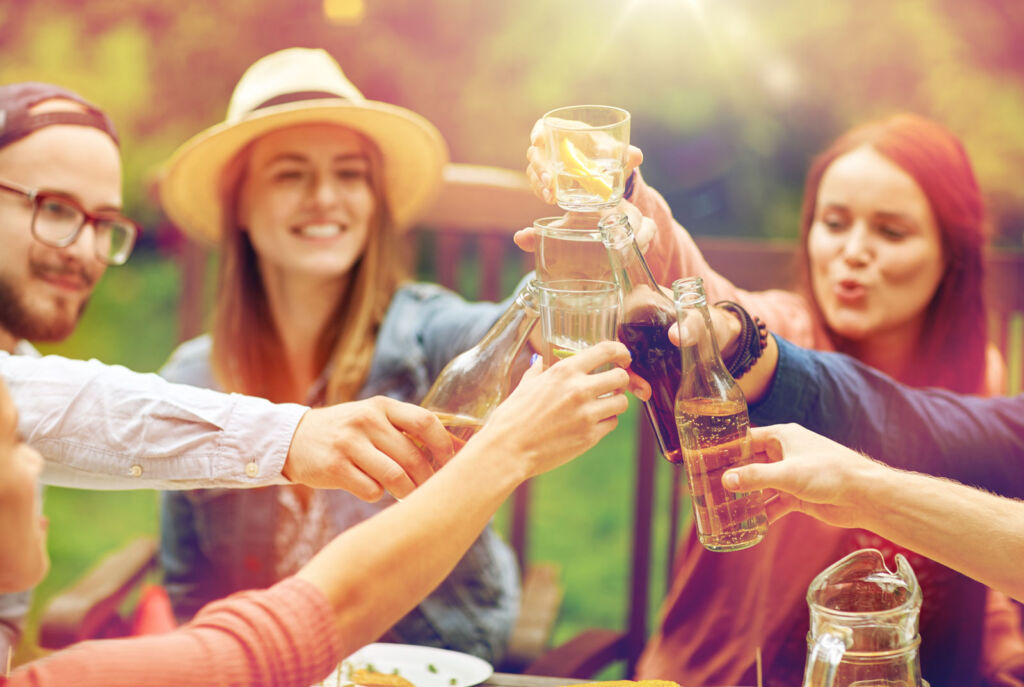 LM: The alcohol-free industry is picking up pace, and while beer and spirits seem to be plentiful, why do you think the aperitif and digestif drinks are slow to join the market?
Eddie: Is it as simple as being a niche product in a niche market, so head for gin and beer first? Maybe, for aperitifs, probably more. I think the complexity seen in alcoholic aperitifs and digestifs are always going to be hard to replicate in a non-alc drink. Hence why it took us two years to perfect our double fermentation, infusion and blending technique. It takes us 4-6 weeks to produce a bottle. It definitely would have been easier to follow, but that’s not us.

LM: How long did it take to produce High Point drinks from inception to the launch?
Eddie: we started playing around with mixed fermentation over two years ago; after some bizarre flavour profiles and the odd disaster, we managed to settle on a process around version 42. It has been great fun, it probably took us a bit longer than expected, but that is down to the way things are down here. Downing tools for a surf or beach BBQ is not uncommon. 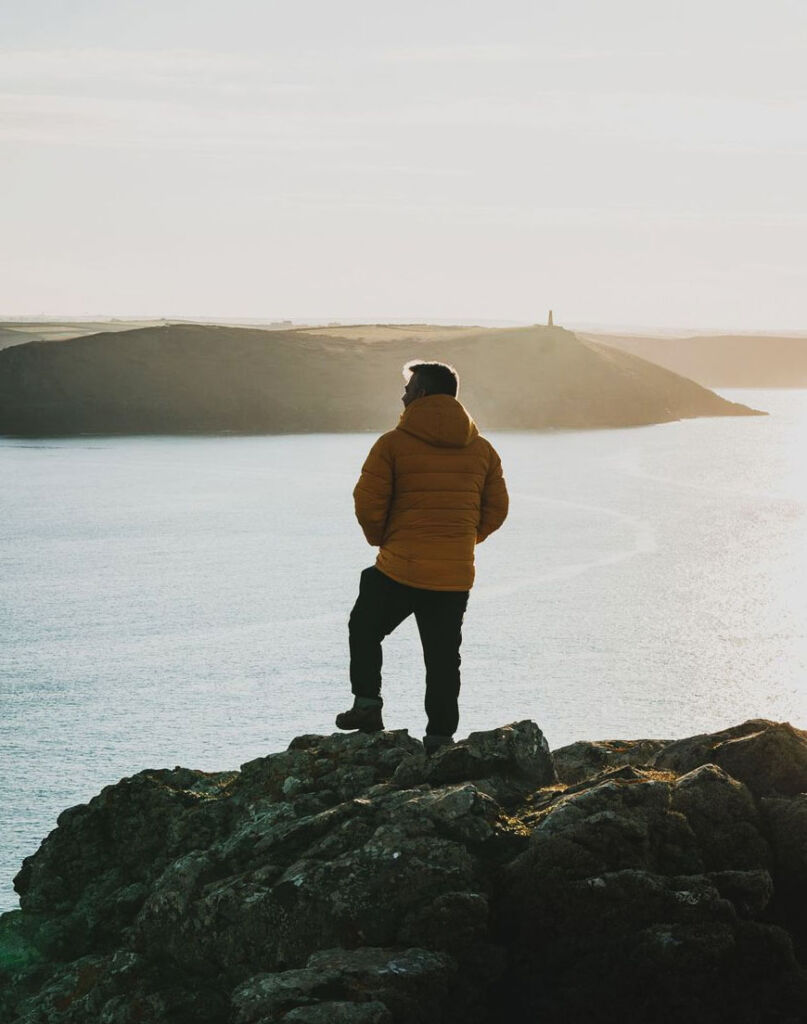 LM: Did the pandemic and people’s drinking habits play a part in your decision to launch non-alcoholic beverages?
Eddie: The pandemic has been fascinating (and petrifying) from a drinks producers point of view. We’ve seen people’s thirst hit new heights with the brewery, especially during that first lockdown, which gave us all unusual ‘freedom’ to have a drink. But I think it also gave us all a bit of time to evaluate a lot in our lives.

It would be a bit hypocritical if we were saying don’t drink, but we do believe in moderation and not missing out, not missing out in terms of heading out for a surf early morning with a clear head, or not missing out if you’re the only one not drinking that night.

LM: Talk us through the High Point fermentation process in Cornwall.
Eddie: We are lucky to be on a Cornish spring water site so have the best start for High Point. We take the water and tea and use a fairly simple beer fermentation with yeast. This creates a bit of ethanol, but we start to see some great complexity of flavour even at this stage. We then use a SCOBY much like that used in kombucha fermentation.

We’ve trained the SCOBY to eat the ethanol and produce acetic acid, creating our 0.0% base liquor. It’s full of bright, refreshing acidity and complex flavours. We then infuse raw and natural botanicals individually and blend at the end. Every time we tried to cut corners, we ended up in a bad place. So we took the laid back Cornish way and thought if we have to wait…we will. 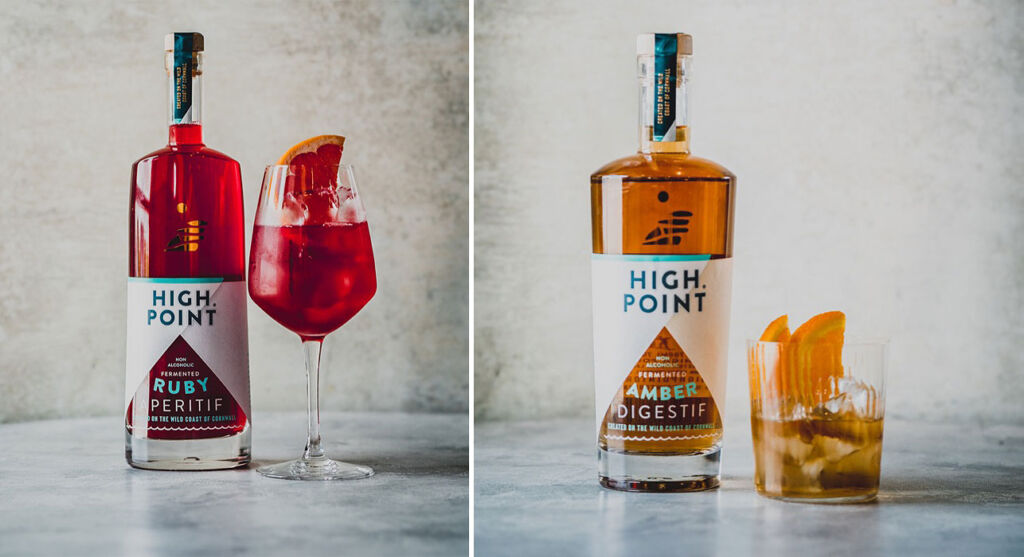 LM: What is the best way to drink these beverages? Do they work with a mixer only, or can they be drunk on the rocks?
Eddie: I think both work well as a longer drink. We do have some bars serving the Amber as an old fashioned. But a simple Ruby spritz (50ml Ruby; 200ml of tonic and a slice of grapefruit) on the beach is dreamy. I had the Amber in a non-alc margarita at Bobby Fitzpatrick’s the other day, and it was terrific, citrusy with a hint of smoky richness. However, if I’m at home, an Amber lowball (30ml Amber; 200ml ginger ale and an orange slice) is great after a meal. 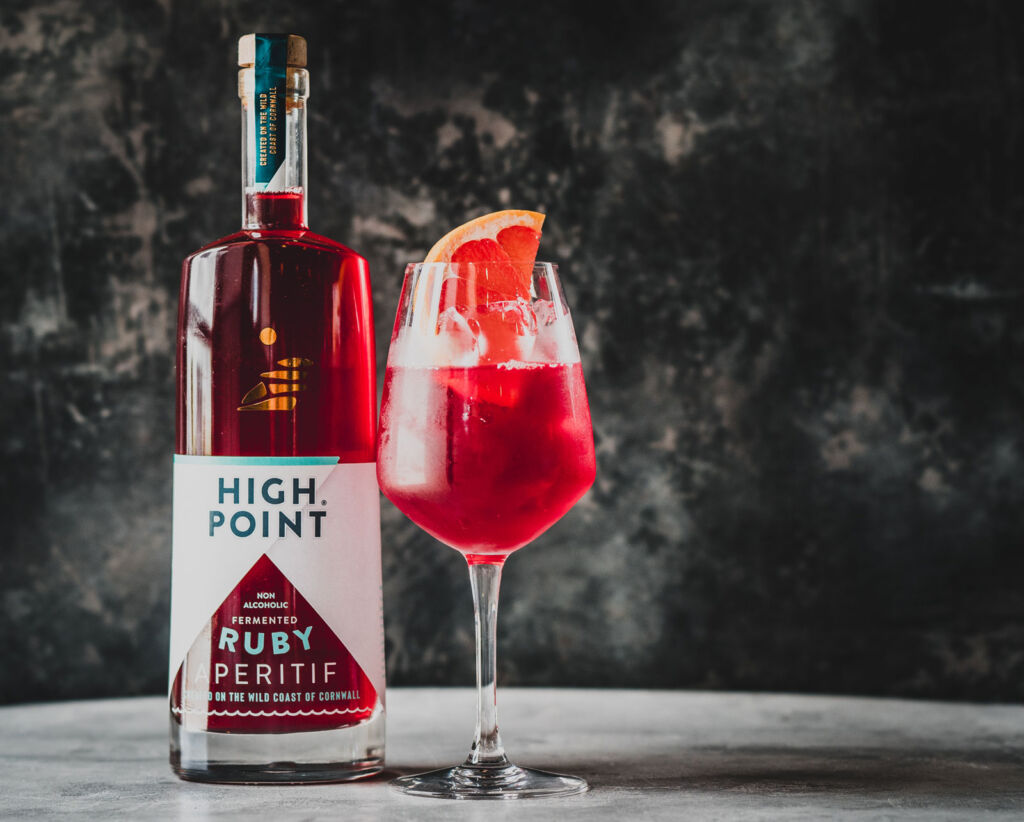 LM: Where can we expect to see your drinks being served? Are they available at bars and restaurants?
Eddie: Absolutely. We launched at the back end of last year, which was tricky. But we are starting to get a significant number of listings in some of our favourite places in London and Cornwall. From Hawksmoor through to Wright Brothers, we are finding restaurants really are embracing both High Point drinks. We have some big, very exciting listings about to be announced; hopefully, you’ll be seeing us on a back bar near you soon.

LM: Do you have plans to launch other flavours in the High Points range?
Eddie: We will. It’s the part I love best. We’ve got some great ideas, but we’re flat out with Ruby and Amber at the moment.

High Point Drinks – Where and How?