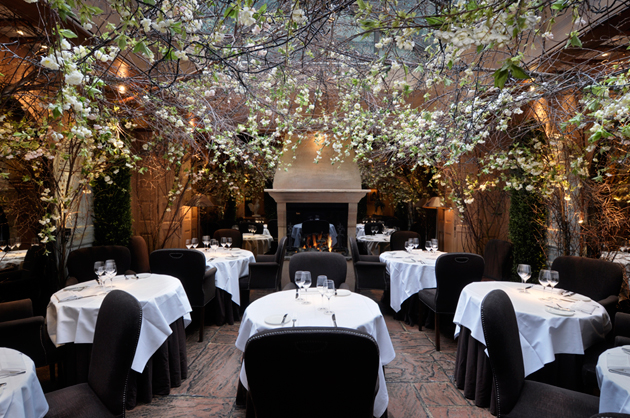 With less than one month to go until Valentine’s Day, many partners will be looking for the perfect luxury destination to treat their loved-ones to a memorable dining experience. Set in the heart of Covent Garden on King Street, the award-winning Clos Maggiore, which was recently voted ‘the most romantic restaurant in London’ by the Harden’s Guide 2013, is an intimate venue housing only 73 covers, and prides itself on beautifully presented and contemporary French cuisine.

One of the principal and unique attractions is the cosy ‘conservatory’ at the rear of this eatery where visitors can dine surrounded by blossoming trees and an open fireplace, and enjoy the décor which is heavily influenced by the stylish country inns of the Provence and Tuscany regions in France and Italy respectively. 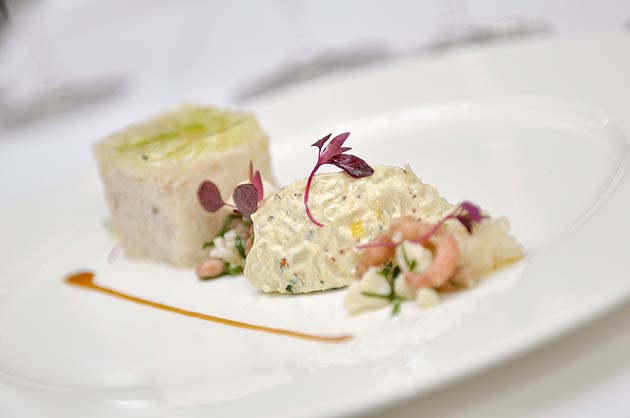 Furthermore, diners have the opportunity to either choose from the tome-like wine list which features 2,000 different varieties thanks to a cellar featuring over 7,000 bottles or hand this privilege over to Clos Maggiore’s own highly-knowledgeable New York-born Sommelier to pair each course with an appropriate wine or spirit. The latter is a rare occasion to exchange conversation with an authority and to share in the enthusiasm and passion of an expert in this domain. 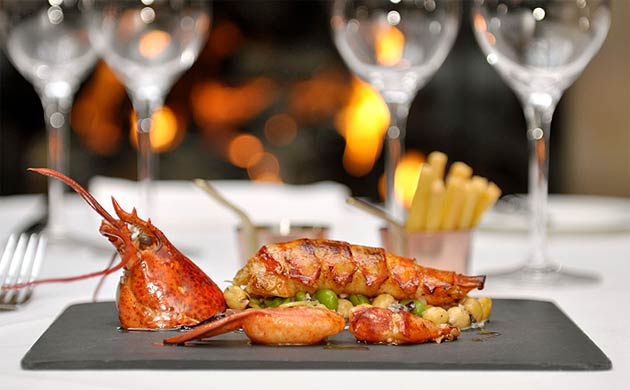 Our host opened the meal with a selection of warm focaccia bread and light cheddar and parmesan scones which immediately gave a taste of the high standard of cuisine which was to follow during our evening at Clos Maggiore. The entrées on the A La Carte menu span from shellfish such as Maine Lobster and Devon Crab, to game, namely Loire Valley Rabbit, in addition to a small offering of vegetarian dishes. I decided on the roasted pumpkin and pine nut soup which was decorated with delicately sliced truffle mushrooms, a starter which brought the palate alive with its tangy flavour, whilst at the same time, was comforted by its smooth consistency. My guest opted for the Sicilian aubergine and fig Caponata, a dish which boasted a sweet and sour fusion, and which was married perfectly to the ‘melt in your mouth’ burrata, a fresh Italian cheese made from mozzarella and cream. 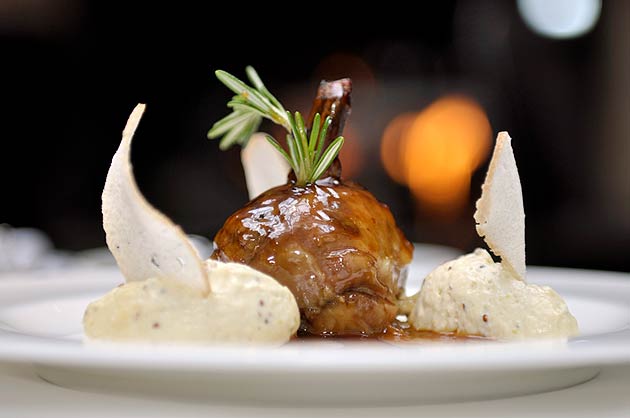 Come the main course, and the menu once again brings a large array of dishes, divided into fish and seafood, poultry and meat, as well as vegetable-based options. After some lengthy deliberation because of the magnificent food on offer, my heart was set on the hand-rolled pappardella dressed with seasonal wild mushrooms and Parmesan Reggiano. The freshness of the pasta and accompanying sauce meant that this combination simply glided through your mouth and was a meal which I wish had never ended. As if this wasn’t enough, it was paired brilliantly with the earthy notes of a 2006 Rioja which the Sommelier had recommended. The wild Scottish Halibut poached in seaweed butter which my dining partner selected was equally nothing short of divine, and every bite was filled with rich aromas and the delicately-prepared Paimpol beans and mini cubes of courgette. A side of triple cooked chips was a welcomed diversion from any of our more healthy intentions.

The generous portions which we had encountered thus far during the evening presented us with the opportunity to discuss, digest, and enjoy the relaxed ambiance of Clos Maggiore. Due to this being a relatively compact venue, tables sit close to one another but yet are still far enough away so that your own conversation is not obstructed by other parties. Any brief silences are filled by the background accompaniment of the very pleasant piped jazz music. This short break was rewarded with a complimentary amuse-bouche of orange cake flanked by roasted clementine segments and flavoured cream which set the scene beautifully for the final chapter of the meal where decisions as to what to have simply do not get any easier. 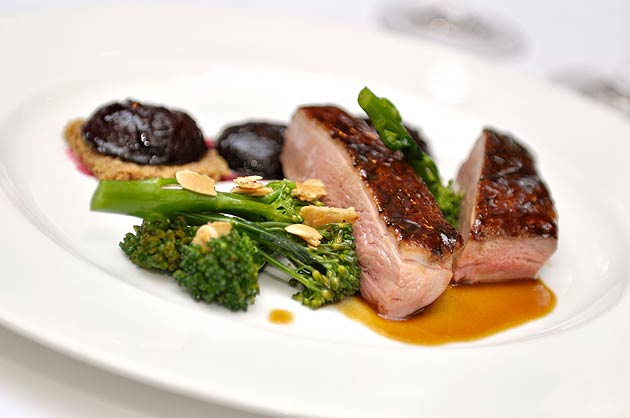 The root cause is a mouth-watering selection of desserts and these are literally paradise for anyone bearing a sweet tooth. For those wishing to end dinner on a more savoury note, diners can also opt for a plate of artisan European cheeses served with hand-baked biscuits.

With my guest’s penchant for chocolate, the dark Valrhona “Coeur de Guanaja” fondant was going to be the only way to satisfy this craving, and the result was absolutely sublime. Joined by a Port-like Australian Muscat, the chocolate fondant‘s composition was cooked to perfection allowing the hot rich cocoa sauce to simply ooze from the outer casing and seep into the cold and refreshing blood orange sorbet to produce a concoction which can only be described as ‘heavenly’. My Tiramisu presented a nice surprise in that it broke away from the norm as to how it is usually presented, which is often in a cubic form. Instead, it mirrored the triangular shape normally associated with a slice of gateau, and was encased by a thin layer of chocolate and a summit which supported a ball of sumptuous coffee ice cream which simply melted down the sides of this dessert.

As if our senses and taste buds had not been satisfied, a final platter of neatly arranged homemade petits fours and macaroons were presented when it came to the time of our after-dinner coffee. It was if these had been put before us to ensure that we did not leave the restaurant hungry, which was in fact, far from the case.

Clos Maggiore is without a doubt one of London’s best kept culinary secrets, and a restaurant where both the food and service is truly first class from start to finish. For those looking for a venue to meet for business, celebrate a special occasion, or merely enjoy the company of others in warm, sophisticated, and comfortable surroundings, this restaurant will not disappoint. 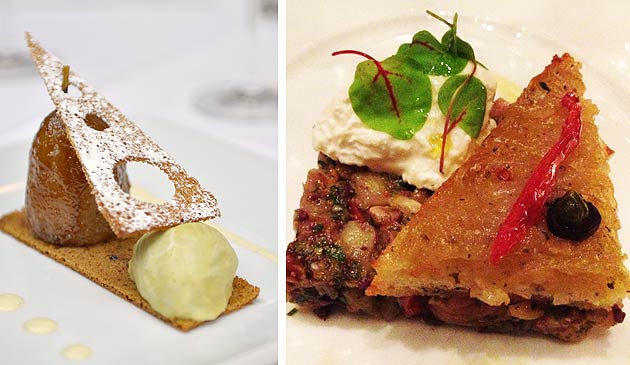 We enjoyed the following food and beverage pairings by Clos Maggiore’s Sommelier:

The Valentine’s Day five course menu with a glass of champagne costs £125 per person, with matched wines carrying a £39 supplement.