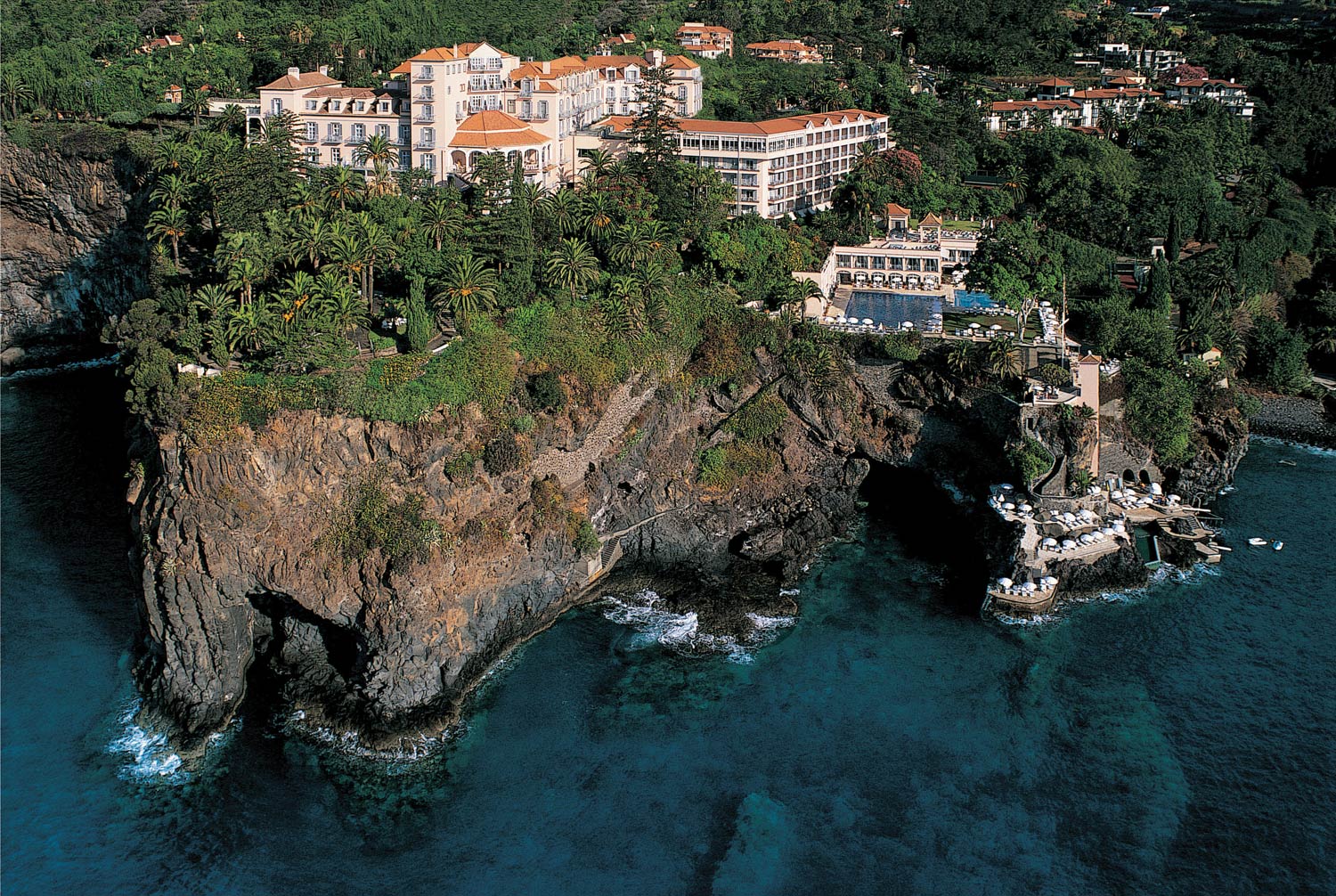 The fourth edition of the Madeira Film Festival was an exciting, global, sophisticated celebration of nature through the power of films. It’s a film festival that continues to attract artists from around the globe with its diverse cultural scene.

With an eagerly awaiting public, and an audience of film-lovers drawn to the Island of Madeira, the Madeira Film Festival is a spectacle that is growing with every year. 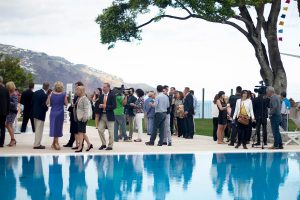 The prestigious event is Europe’s most exclusive and independent film festival, and runs from April 26th to May 3rd. This cinematic carnival also includes a variety of workshops, panel discussions, films, parties, gala dinners, glamour, art, concerts, music, dance, trips, excursions, networking and business gatherings, all of which are interwoven at the Madeira Film Festival.

Held at the prestigious Belmond Reid’s Palace Hotel and Teatro Municipal Baltazar Dias in Funchal, The Madeira Film Festival serves as a platform to showcase independent feature, short and documentary films from directors far and wide. Indicative of Madeira’s continued commitment to preserve the natural history, flora and fauna of the Island, the festival presented worldwide nature orientated films.

The festival is very unique in content and style and remains a non-competitive ceremony. It was refreshing to learn that the Madeira Film Festival doesn’t give out prizes, but instead opts to grant filmmakers and participants the ‘Laurissilva Ambassador Award’, which in turn helps to promote and raise awareness and recognition of Madeira’s endemic forest. I indeed had the opportunity whilst at the festival to travel to the world’s largest Laurissilva forest which is located on the island of Madeira, and in 1999, the 15,000 hectare indigenous ‘living relic’ was awarded the status of UNESCO World Heritage Site. 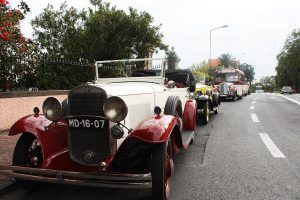 I also got a chance to explore the stunning scenery of Madeira further via a Jeep Safari which ventured to Pico Ruivo which is the highest point of the Island where I witnessed awe-inspiring views. The Laurissilva forest offers the opportunity to breathe in the fresh air, walk and observe the local floral amongst the hilly landscape, all combined with a mild climate which encourages close contact with nature.

Throughout the Madeira Film Festival week, filmmakers exhibited their work at the spectacular Municipal Theatre based in Funchal of which at a quick glance reminded me of a miniature Royal Albert Hall. I found watching films and performances in this extraordinary venue certainly took my viewing experience to another level. Within the theatre, there are a large number of VIP boxes that surround the stalls, and all the curtains and seats are beautifully decorated in a deep red velvet. I could see why people wanted to sit for ages in the empty auditorium and admire the atmosphere and architecture. The theatre itself has screened iconic pieces such as Beasts of the Southern Wild, The Hunt, The Hunter, Happiness, Of Horses And Men and Garnet’s Gold to name but a few. This magnificent site has also played host to music concerts from The Kyle Eastwood Band, Maria de Medeiros and Natalie Gelman.

Films that really caught the eye during the festival were “Of Horses And Men”, a darkly comedic tale by Director Benedict Erlingsson about the lives of a remote Icelandic community and the deeply interwined and highly emotive relationships with their horses.

I thoroughly enjoyed “Garnet’s Gold” a documentary by Director Ed Perkins starring Garnet Frost. The star of the documentary Garnet nearly died whilst on a hiking trip in the Highlands of Scotland. Garnet is convinced the wooden staff he discovered just before he was rescued is actually a marker for a fortune hidden nearly 300 years ago and returns to search for it. What happens next is the unfolding of beautiful story of hope, faith and charity.

I stayed at the renowned Belmond Reid’s Palace Hotel in Funchal who are key partners, loyal supporters and a social venue of the Madeira Film Festival. The hospitality shown towards guests throughout the festival was simply out of this world. I could see why celebrities and dignitaries from all over the world enjoyed staying at this remarkable hotel. This was a firm favourite with Sir Winston Churchill, George Bernard Shaw and many others. 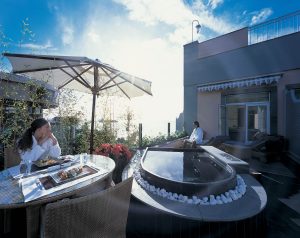 Belmond Reid’s Palace certainly lived up to its billing of luxury and outstanding excellence for service. It’s a gorgeous hotel steeped in history and tradition located to the west of Funchal Bay, set on cliff tops overlooking the Atlantic Ocean. This incredible resort has for over 120 years been a standard-bearer for distinction. The hotel has an impressive 128 rooms and 35 elegant suites with a private balcony or patio overlooking the gardens or the ocean. All rooms are individually decorated with luxurious furnishings and offer a delightful ambience combining traditional style with modern comforts. Every room has a minibar with complimentary soft drinks and water, as well as complimentary Wi-Fi.

The Belmond Reid’s Palace was a social hub for the Madeira Film Festival and offered guests its full repertoire of facilities and services. There was a wide choice of gastronomic experiences, two seawater pools, one freshwater pool, a beautiful spa with uninterrupted ocean views, fitness centre, sauna and steam rooms. There are also two all-weather tennis courts and a children’s and teens club.

There was also plenty of entertainment during the festival at the Belmond Reid’s Palace, from a fantastic live music concert from the sublime American artist Natalie Gelman to the Azorean contemporary dance company, Ballet Teatro Paz who performed an enchanting dance piece titled “Trees Die Standing” choreographed by Milagres Paz. 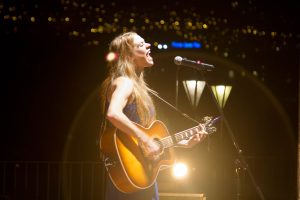 The after party in Casino Da Madeira was a real treat and was an occasion for all filmmakers, musicians and guests of the festival to get together in relaxed surroundings. I enjoyed a different atmosphere, a delicious buffet supper with an aerial show by the talented American group “Flaunt Girls”.

The Madeira Film festival Gala Dinner in Belmond Reid´s Palace hotel, was the pinnacle of the events during the week. I had a unique opportunity to mingle with even more filmmakers, actors, writers, producers, musicians, ambassadors from Bulgaria and the US, and to listen to Scottish musician Lori Watson on the fiddle and Fiona Black playing accordion. I thoroughly enjoyed the best of Scottish music, and after dinner, I joined in for some Scottish Ceilidh dancing too.

All in all, The Madeira Film Festival has come a long way since its inception and now is a source of inspiration in the global film community. It boasts the very best film programmes, workshops, panel discussions, joint projects with its focus centred around nature.

This wonderful annual event is a must attend for all film lovers and the possibilities for creative and collaborative interaction are countless.

See more of Jamie’s visit to the Madeira Film Festival below:

Lisbon is Primed and Ready to Thrill British Tourists in 2021