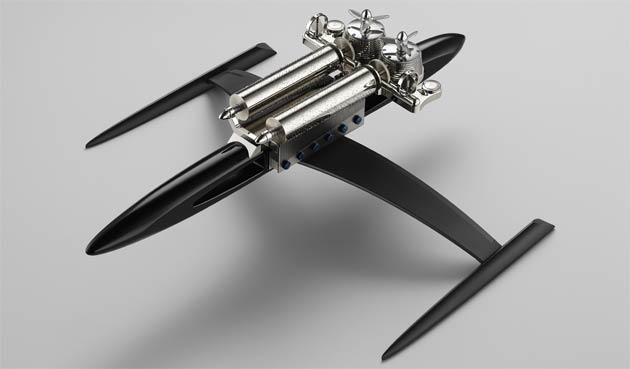 MB&F, the micro-engineering laboratory acclaimed for its avant-garde, three-dimensional horological machines and REUGE, the world’s premier manufacturer of music boxes have collaborated to create the MusicMachine, a device which contains all the traditional, time-honoured elements of a superlative high-end music box, but is designed and configured in a totally unconventional way.
REUGE created the MusicMachine based on a futuristic spaceship design proposed by MB&F whose founder, Maximilian Büsser, is a keen fan of all the great sci-fi film and TV series. In collaboration with ECAL design graduate Xin Wang, MB&F developed a concept that cleverly incorporated all the essential music box features, namely musically-tuned combs, pinned cylinders, winding mechanisms, mainspring barrels, regulators and an acoustically-optimised case.
Furthermore, the MusicMachine features dual propellers and twin silver cylinders mounted on sleek outrigger landing gear, Each of the latter plays three tunes, all personally selected by MB&F founder and creative director, Maximilian Büsser. These include the Star Wars theme song by John Williams as well as ’John Lennon’s ‘Imagine’, music synonymous with MB&F’s radical, nonconformist attitude. 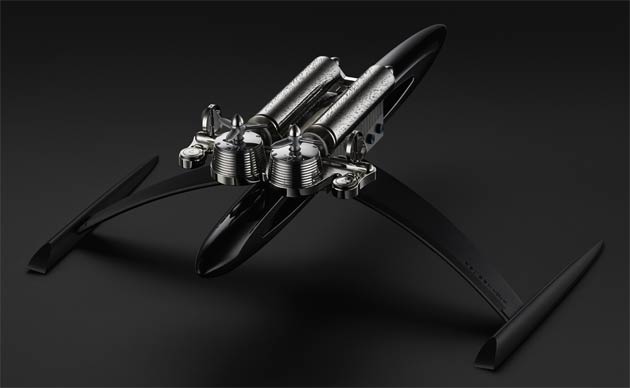 One of the biggest challenges for REUGE was respecting the mechanical symmetry of MB&F’s design, and it meant breaking with a few music box conventions to achieve it. MusicMachine actually has two independent movements, each comprising a winding propeller, a mainspring barrel (looking like a piston under the propeller), a horizontal cylinder with pins creating three melodies, as well as a vertical comb with individual hand-tuned teeth sounding each note.
When music is playing, the speed that the cylinder unwinds at is governed by an air regulator in the form of a circular fan outside each propeller-topped, piston-shaped mainspring barrel. While it would have been much easier to duplicate the two movements and just change the melodies, MB&F’s original concept called for perfect symmetry and if the movements were identical, the comb on one cylinder would not be on the outside. Therefore, REUGE took the unprecedented step of configuring the two movements as mirror images of one another, which meant completely inverting the design of the movement components and architecture.
MusicMachine is a limited edition of 66 pieces: 33 pieces in white and 33 pieces in black. 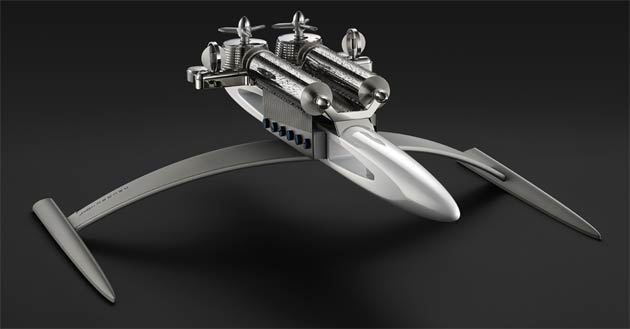 Specification at a glance:
Case and frame
Movement and finishing
MusicMachine features two 3.72 movements (3 refers to number of melodies on each cylinder; 72 refers to number of notes on each comb); one movement is ‘right’ configured; one movement is ‘left’ configured (they rotate in opposite directions)
Mainplate: nickel-plated brass, decorated with Côtes de Genève. The mainplate holds both movements; each movement includes a mainspring, cylinder, comb and regulator
Combs: steel alloy and lead; 72 teeth per comb; each comb attached to brass vibration plate by six heat-blued steel screws
Melodies
www.mbandf.com