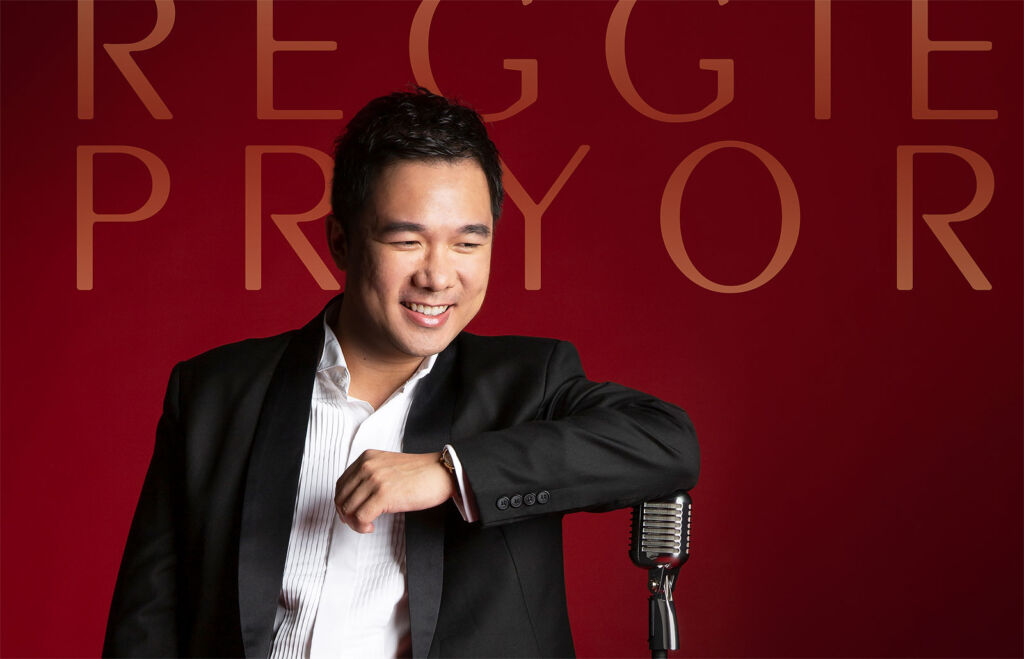 Singing the blues might be what some investment and finance executives are doing right now in light of the economic climate due to the COVID-19 fallout, but for financier Reggie Pryor, the reason why he croons might not be what you would expect.

As an investment banker who navigates the twist and turns of high finance, Reggie’s adept business acumen is only rivalled by the range of his vocals which have he recently captured in his debut album titled Love Anthology.

Launched in November last year, this soothing collection of iconic jazz favourites is literally a labour of love for Reggie. “Love Anthology is a thoughtfully compiled list of songs representing different aspects of love, such as falling in love, its pleasures and pain, to marriage vows, honeymoon bliss and also the love between a mother and child,” Reggie says. “I hope that – no matter where they find themselves in life – my listeners will find songs in the album that resonate deeply and are especially meaningful to them.”

Reggie’s dulcet baritone delivers the right vocals to jazz classics like La Vie En Rose, (I Love You) for Sentimental Reasons and Ev’ry Time We Say Goodbye, songs popularised by musical legends such as Louis Armstrong, Edith Piaf and Ella Fitzgerald among other jazz greats.

With a West Coast jazz vibe, the debut album is the perfect soundtrack to chill out to after a hectic day in the office or when you have friends over for dinner and drinks. “Self-actualisation – to fully realise one’s potential – is key to a life well-lived. While it was undoubtedly a challenge to find the time to develop this album in my spare time, it was a pleasurable one. Fortunately, everyone was very supportive, and the recording process was seamless. I’m truly delighted by the final result.”

Reggie gave an exclusive interview to Luxurious Magazine during his album’s launch. 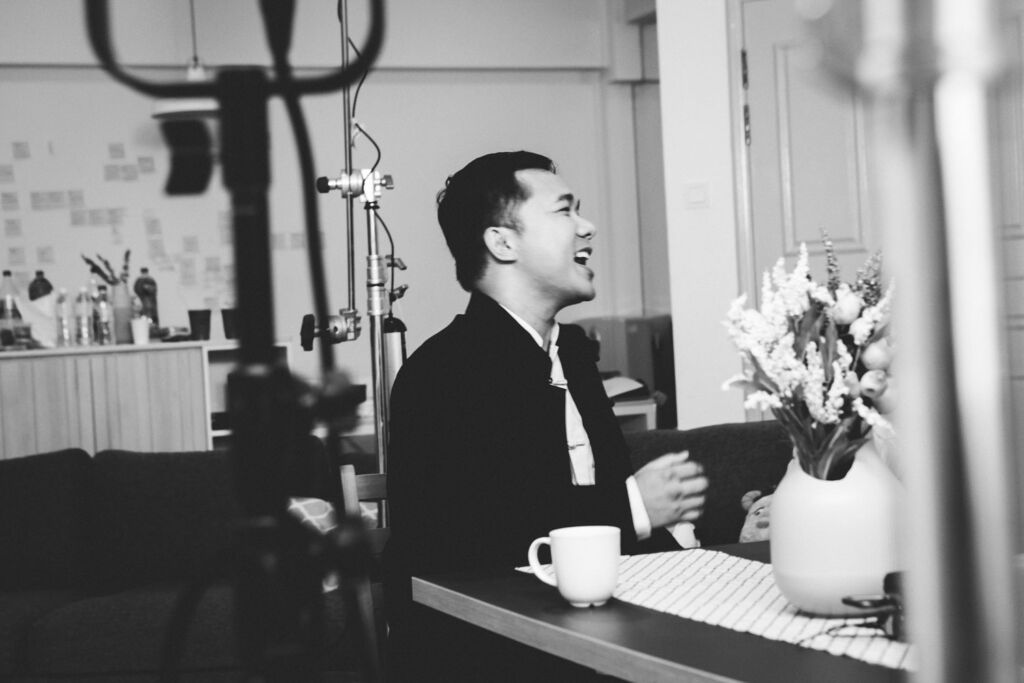 Luxurious Magazine: Tell us how you came about releasing your first album.
Reggie Pryor: I have always been passionate about singing and had been dreaming of launching my own album for a while. It all started when I participated in the kick-starter project of Daniel Chia’s debut album “In the Moment” in 2017, which enabled me to collaborate with him in a mini music project.

It took me a while to decide on the form of collaboration. It then materialised when I took a mini-sabbatical from work in mid-2019 and wanted to do something beyond just travelling. I contacted Daniel and started discussing collaborating to record a single or an EP. After much consideration, we decided to launch a full album instead!

LM: Is jazz the genre of music you favour?
RP: Jazz is indeed my favourite music genre, although it is relatively under-appreciated in Asia. It would be most gratifying for me to be part of the movement to promote jazz music in the region, and this album is my humble contribution. I do listen to other genres as well, with inclinations towards gospel, musical theatre and classical crossover. 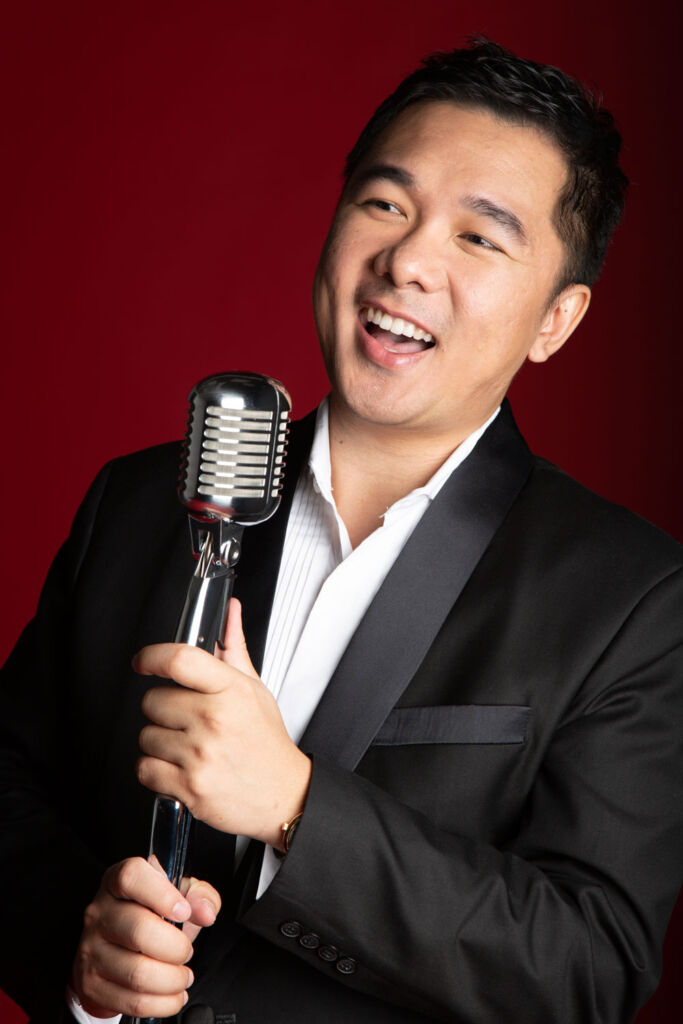 LM: Have you ever sung professionally, or has it been a hobby and passion thus far?
RP: So far, I have mainly focused on my career, and singing was just one of my passionate hobbies. I did not pursue the hobby throughout my childhood, but I grew up to listening to traditional hymns with rich lyrics and moving melodies in church.

I only started pursuing singing more actively at the age of 15, when I auditioned for The Sound of Music musical in my high school in Jakarta and managed to secure a part in the main cast.

I have since been invited to perform at numerous corporate and wedding events in various countries, including Canada, Australia, and Indonesia. My favourite was performing in Canada as the bucolic setting of the wedding in a vineyard at sunset was beautifully surreal.

Another hobby that I am passionate about is viniculture, and I have just passed my WSET (Wine & Spirit Education Trust) Level 3 certified exam with distinction and am further pursuing CSW certifications! Furthermore, I am contemplating setting up a wine fund with some qualified professionals in the industry – something that combines my financial expertise and my love of good wines!

LM: The 12 songs in Love Anthology represent different aspects of love – tell us how you came to the decision to select these songs and about your album in general?
RP: Instead of assembling an album of random love songs, I thoughtfully compiled my favourite songs representing different aspects of love, from falling in love, its pleasures and pain, to marriage vows, honeymoon bliss, eventual parting and a child striving to meet expectations of a loving mother. Regardless of one’s stage in life, my hope is that there will be songs in the album which would resonate, and which would be especially meaningful and poignant for my audience.

LM: Did you ever take voice or singing lessons?
RP: I have never obtained any professional vocal training, yet my parents would attest that I have been singing non-stop from the age of two! I was active in the choirs for almost seven years, where I learnt proper singing techniques, but nothing beyond that.

LM: Do you plan to pursue your singing career on a full-time basis from now on?
RP: I strongly believe that we have all been given many gifts like facets of a diamond which can only exhibit their brilliance once cut and polished. Our gifts likened to a rough diamond will not shine until they are honed. Singing is only one facet, and I am still exploring the different aspects of myself that I can refine further, hence making a full-time career of singing is not on the plans just yet!

Quoting the economist and philosopher Adam Smith, there are two types of value; value in use (utility) or value in exchange. Making a full-time singing career of this gift would be likened to value in use. I see the album as value in exchange as the audience will, in turn, derive pleasure and joy in listening – and I take a lot of satisfaction from that!

LM: Tell us about your job as an investment manager. Is it as fulfilling as singing?
RP: In short, yes, it is! I find fulfilment in excellence, which in the words of John Gardner is doing ordinary things extraordinarily well. It gives one the chance to use both hemispheres of one’s brain. It has also given me the opportunity to see the world and how the world economy is run.

LM: Are you planning on releasing a second album?
RP: Absolutely, and I am currently busy planning my next project! I am considering to collaborate with local & regional songwriters for my second album, and potentially writing my own songs for some of the tracks. Another one on the horizon is a full-blown Christmas album! 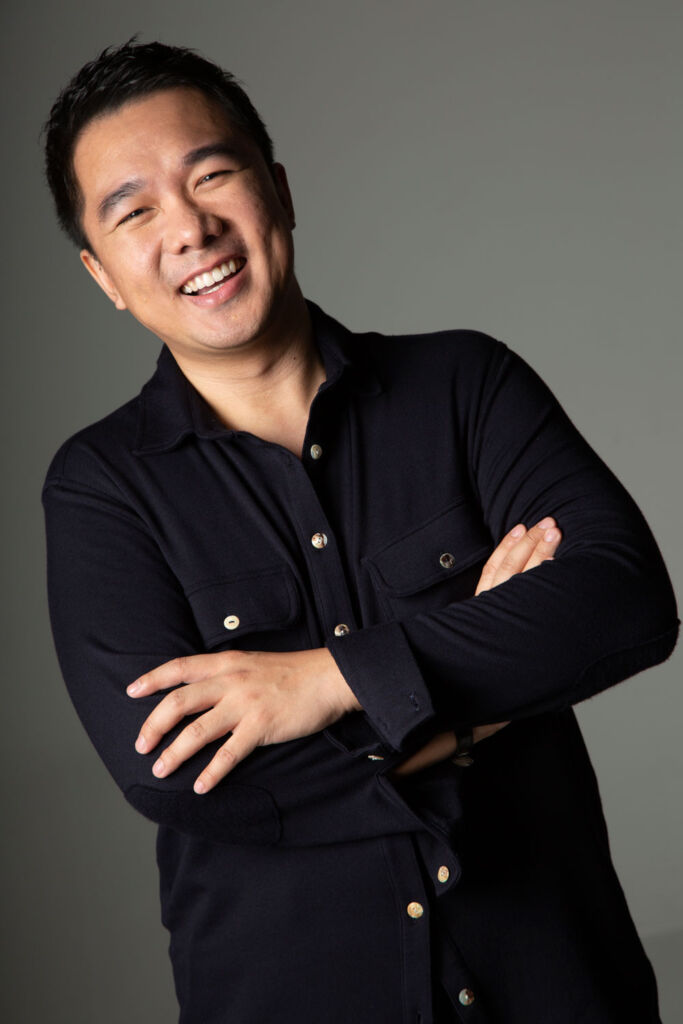 LM: Who are the singer and musicians you admire?
RP: Indubitably the singer I admire and which has inspired me the most is the famous Nat King Cole. In terms of instrumentalist, it would be John Coltrane.

I also have huge respects to various artists across genres like Tony Bennett, Lea Salonga, Luther Vandross & Whitney Houston, who always bare their souls in their performances. It will be a dream come true if one day I can do duets with Mr Bennett and Ms Salonga!

LM: What are you listening to on Spotify at the moment?
RP: I am always open to listen to all kind of genres! Currently, I am listening to Crowd Lu’s Your Name Engraved Herein – the main soundtrack song from a Taiwanese drama of the same title. It is mandopop but infuses some jazz influence by incorporating some beautifully haunting trumpet solos.

It is co-written by a Singaporean lawyer, Tan Boon Wah, and recently won the 2020 Golden Horse Award’s Best Original Film Song. Mr Tan inspires me to pursue my music passion even more – if he can do it as a professional lawyer, why can’t I?