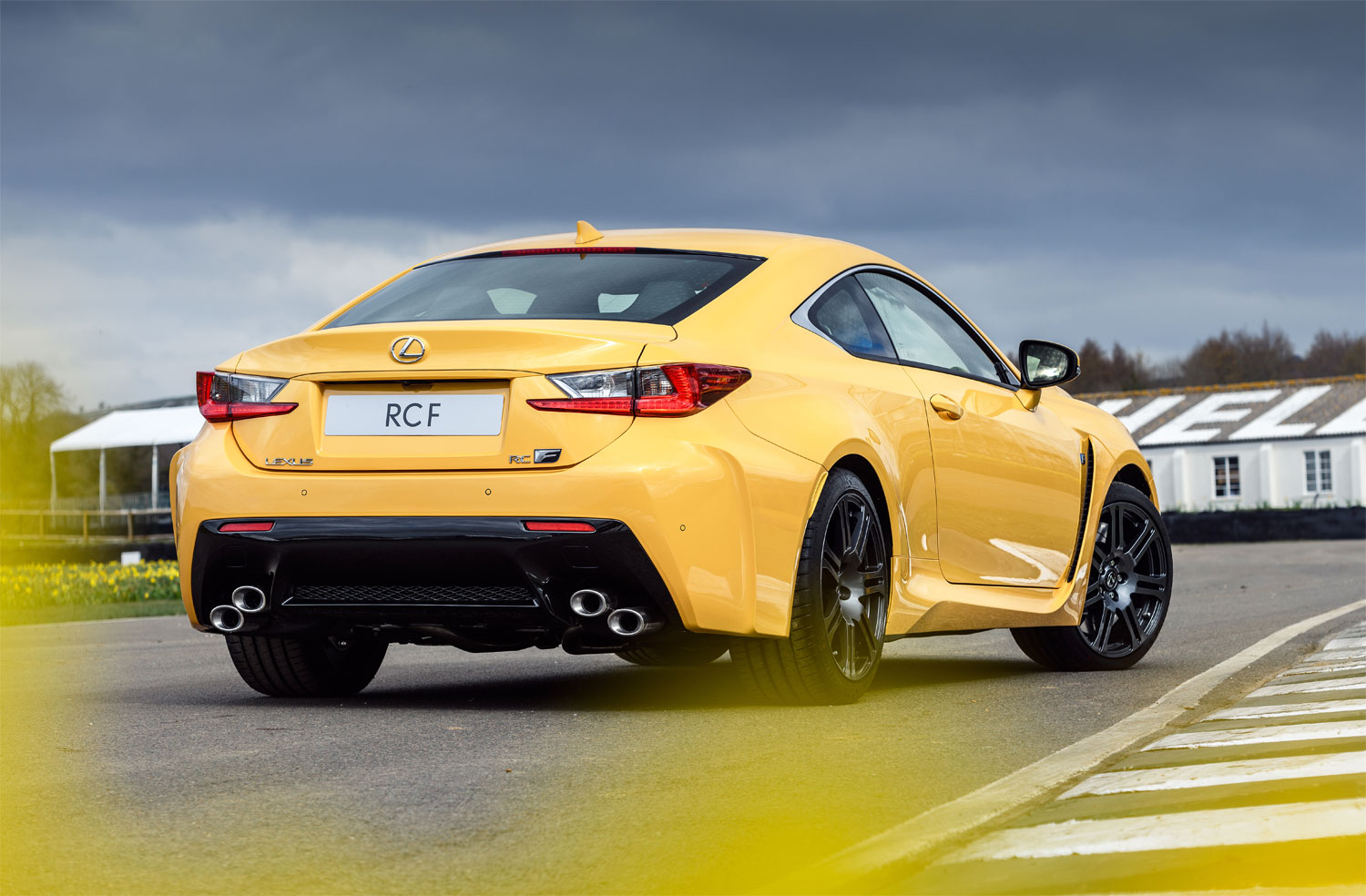 In the rear, there are two seats which are suitable for small adults, but anyone approaching the six-foot mark would struggle on a long journey due to the sloping roofline. At 366 litres, the capacity of the boot is decent enough, and accommodated our small weekend suitcases with ease alongside a few other bits and pieces.

Furthermore, as you would expect in the modern age of motoring, there are all the usual safety gizmos such as a handy blind spot monitoring system and lane change assist technology. Washers on the lights help with visibility. 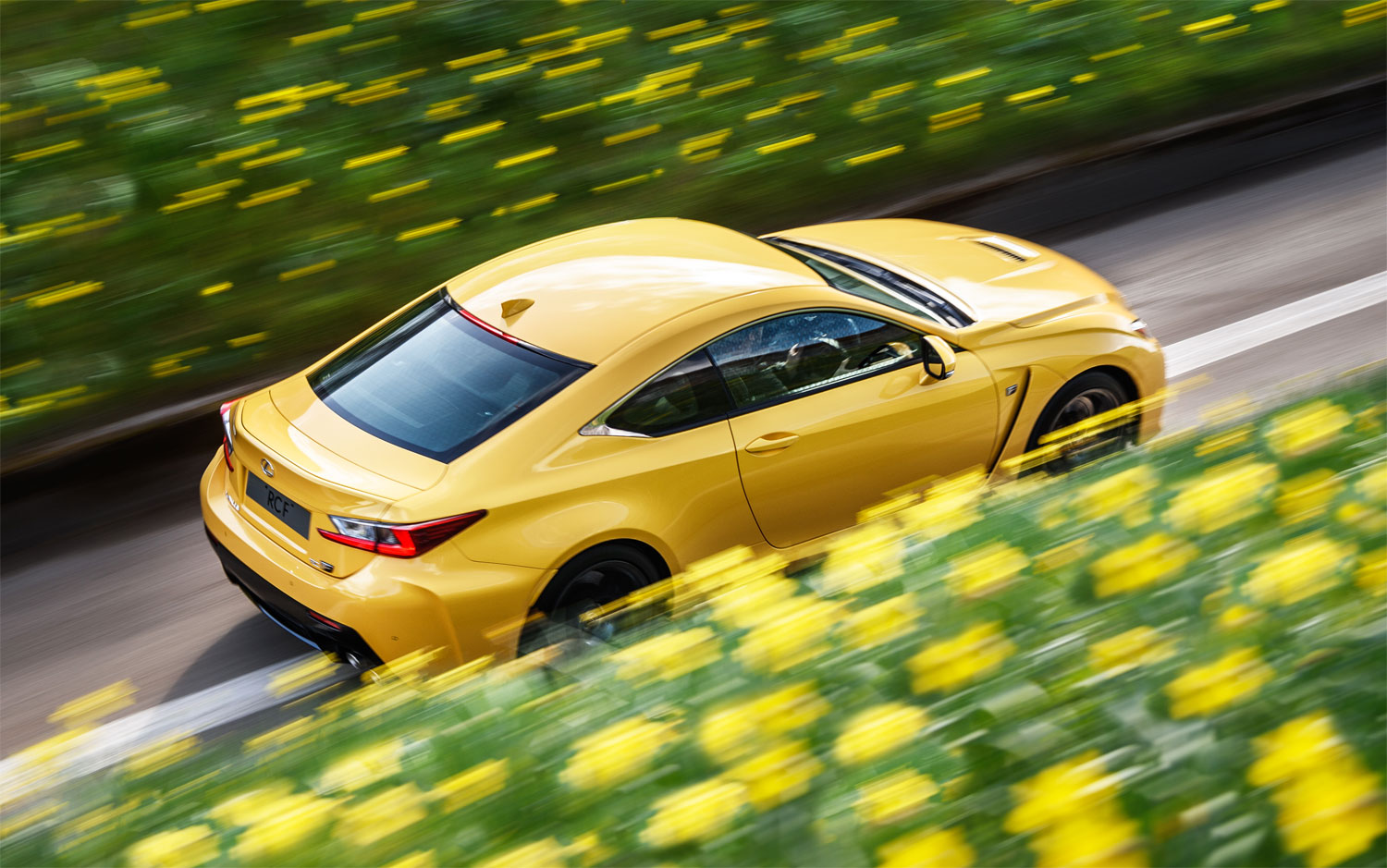 The mighty naturally-aspirated 5.0-litre V8 engine (there’s not a turbocharger in sight), which also powers the LC500 flagship coupé, and GS F high-performance saloon, sits under the sweeping bonnet of the RC F. Interestingly, the RC F was the first Lexus model to be tested under the new Euro 6d emissions standards and the Worldwide Harmonised Light Vehicles Test Procedure (WLTP).

The RC F is capable of topping out at 168 mph, and we know from taking it around Ascari a few years ago, that it’s got plenty of potential when you’re not constrained by national speed limits. Put your foot down, and you’re duly rewarded with a beautiful “growl” as the needle swings round to 3,500 revs, and you can make the 0 to 62 mph sprint in just 4.5 seconds. This is impressive and pretty much unnoticeable, so you have to keep your eye on the speedo to avoid your driving licence going astray.

The automatic active rear wing, which is designed to increase downforce and make the car more stable, equally lifts at 50 mph and retracts again within the boot lid when you slow down beyond 25 mph, thereby sending a clear message to other road users as to whether you’re planning on hanging around. 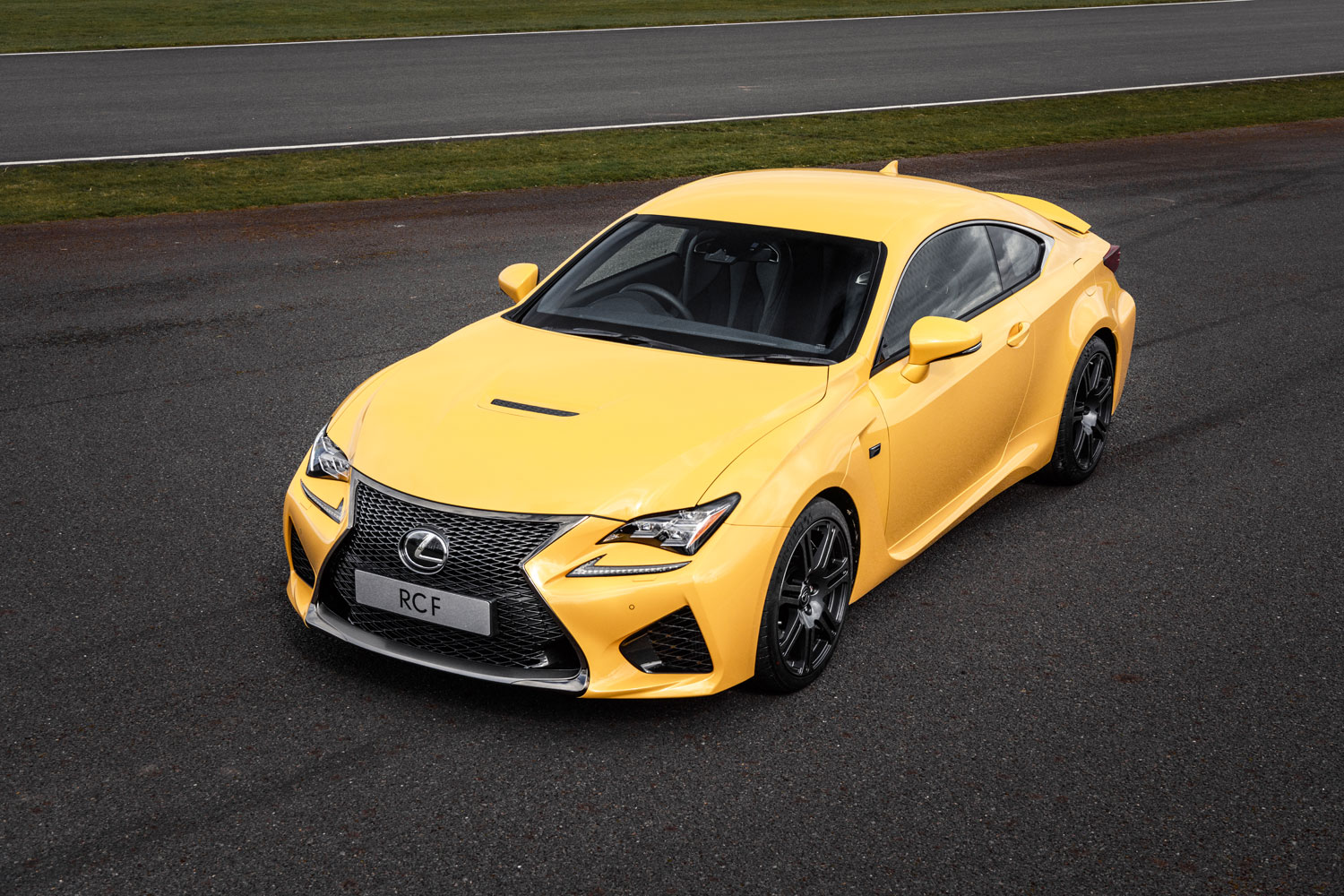 In terms of the driving experience itself, Dorset is full of winding country lanes (there are no motorways in the county), and the steering is sharp, with the car beautifully poised on the road. The ride is smooth, courtesy of the Michelin Pilot Super Sport tyres, and in the dry, you feel that there is plenty of grip which inspires confidence. However, when encountering heavy rain and very wet and uneven A and B-roads, the car does feel a little skittish and that the back end could pop out of line. When making the transition from rural to more urban environments, the braking power is sharp, and there is plenty of it, thanks to the ventilated and slotted Brembo discs.

In terms of the gear shifts, they are seamlessly delivered by the eight-speed automatic transmission, and the ratios are nicely spread out. If you want to try doing your own, then you can use the paddles located behind the steering wheel.

With CO2 emissions of 258g/km, this puts the RC F in the most expensive road tax bracket (£2,070 for the first year of ownership). It also returns a combined fuel economy of just 25mpg, so be prepared to visit a petrol station or two if you’re one to stay glued to the accelerator.

Nevertheless, this car is great fun to drive out on the open roads, and is the perfect compromise if you’re looking for an everyday runner and to have a blast at the weekend. I am just as fond of it as when I first sat in the driving seat five years ago, and there is, even more, to look forward to. During the coming months, it’s out with the old RC F, and in with the new, and if history is anything to by, this is a model that simply gets better and better…

Lexus RC F Plus Pack – Specification at a glance:

Lexus RC F Plus Pack – Where and How?

For more information on the Lexus RC F, visit www.lexus.co.uk/car-models/rc-f.